Top Posts
Designing the Next-Generation Banking Treasury Management
Is the US Finally Warming to the Possibility of Creating...
Enabling the Drive Toward Green Finance with Technology
Why Have Tin Prices Struggled in 2022?
The Devil We Thought We Knew
How China Has Managed to Avoid the Inflation Bug
Home Life Arts & Travel Top Luxury Ski Resorts in Europe and North America
Life Arts & Travel 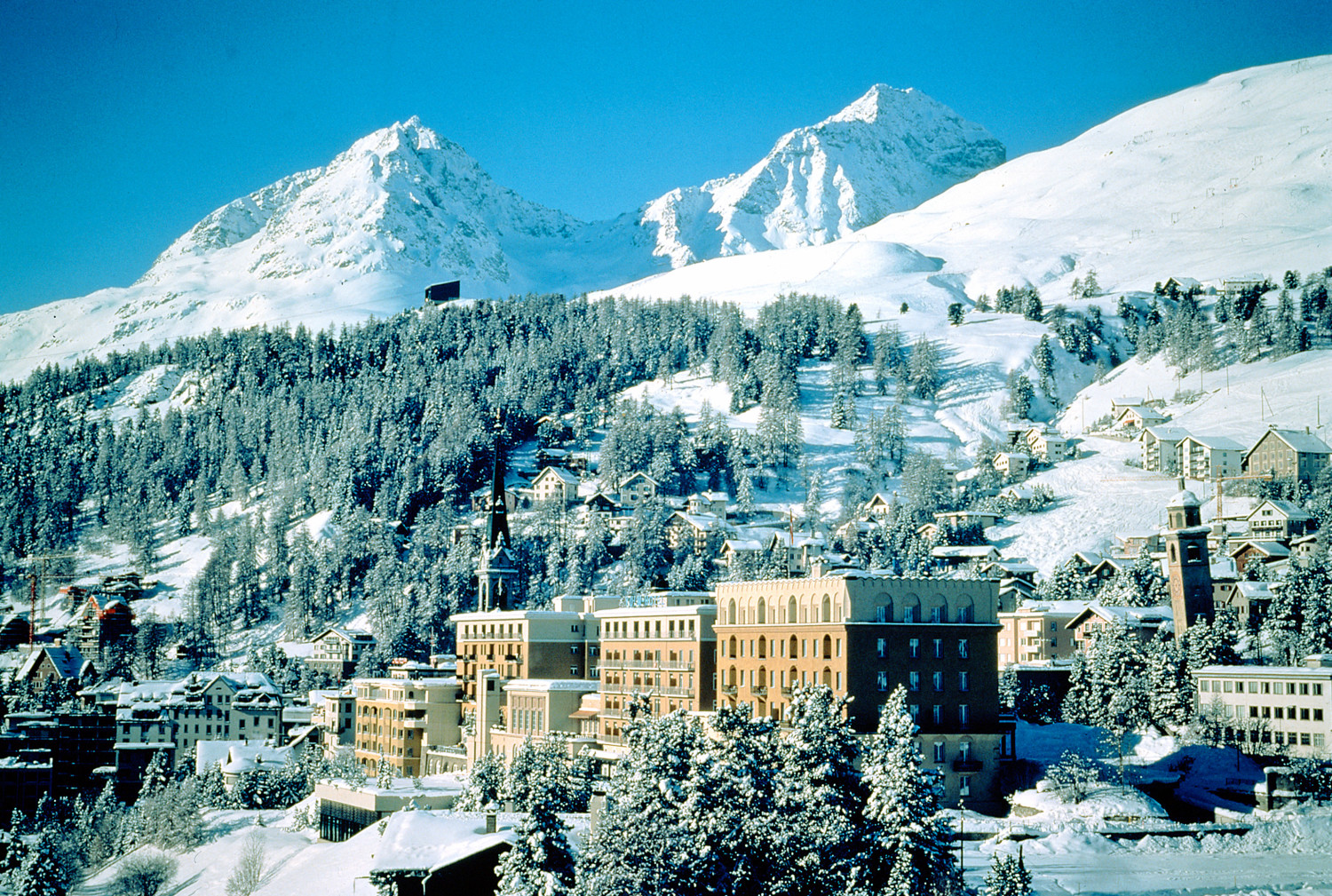 What makes the best luxury ski resort? Is it the snow and scenery, or the amenities and food? Is it the inviting mountains that hover over skiers like watchful gentle giants? Or is it the snowboarding and skiing that are so great that well-heeled people come back year after year?

While many ski resorts boast of fantastic skiing for all abilities, scenic backdrops of peaks over powder snow, as well as exceptional services and amenities…it is a fine, decadent mixture of all these and more that make up the best in luxury ski resorts.

Europe and North America remain as well-known and best-loved destinations for those who opt for snow-ridden adventures over beach getaways and sleepy staycations. These regions have much to offer lovers of luxury who have a sophisticated taste for pristine powders and indoor indulgences. From the adrenaline rush of heli-skiing to the quiet exhilaration of sampling the best top-chef dishes, these North American and European luxury ski resorts offer something exceptionally magnificent to attract the most discerning powder hounds the world over. 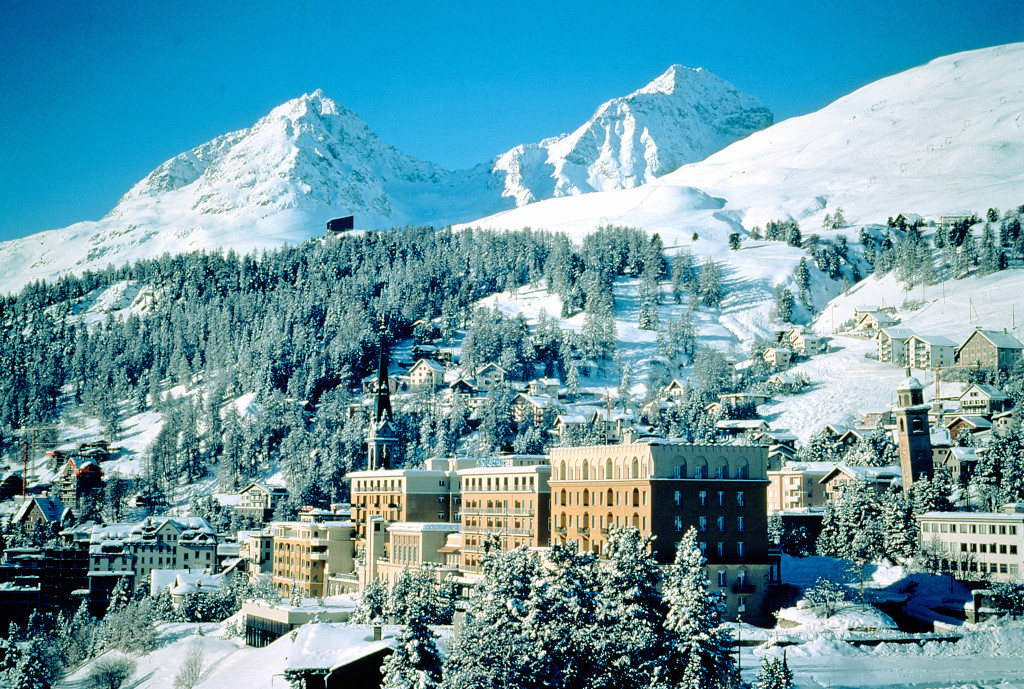 World famous for its dry, “sparkling champagne” climate, the legendary St. Moritz is as exclusive as exclusive can get. It was the world’s capital of winter glitz and glamor since its birth as a tourist destination 150 years ago—and with more-than-ample reason.

Set in Switzerland’s picturesque Engadine valley in Graubünden, St. Moritz first became famous for its mineral springs. Today, the so-called “birthplace of the winter holidays” offers a wide array of opportunities for skiing, skating, snowboarding, kiteboarding, bob runs, polo and cricket, as well as fine dining and designer shopping. Two-time host of the Winter Olympics, it has four ski regions with 58 lifts and more than 350 kilometers of organized slopes. The main ski areas are big enough to enjoy on their own, yet visitors can drop in on each area to experience the distinct slopes, such as the extensive and rolling Corviglia pistes, the high-drama Corvatsch Peak and the steep descent of Diavolezza.

And if the 322 days of sunshine don’t brighten the view of visitors, the stars will. The resort has been luring royalty and the crème de la crème of celebrity, as well as old and new money alike, all bundled up in designer ski wear and mink furs. It also boasts of the world’s most upscale five-star accommodations, such as the prestigious Badrutt’s Palace Hotel, the romantic Kulm Hotel, the trendy Kempinski Grand Hotel and the family-friendly Carlton Hotel. 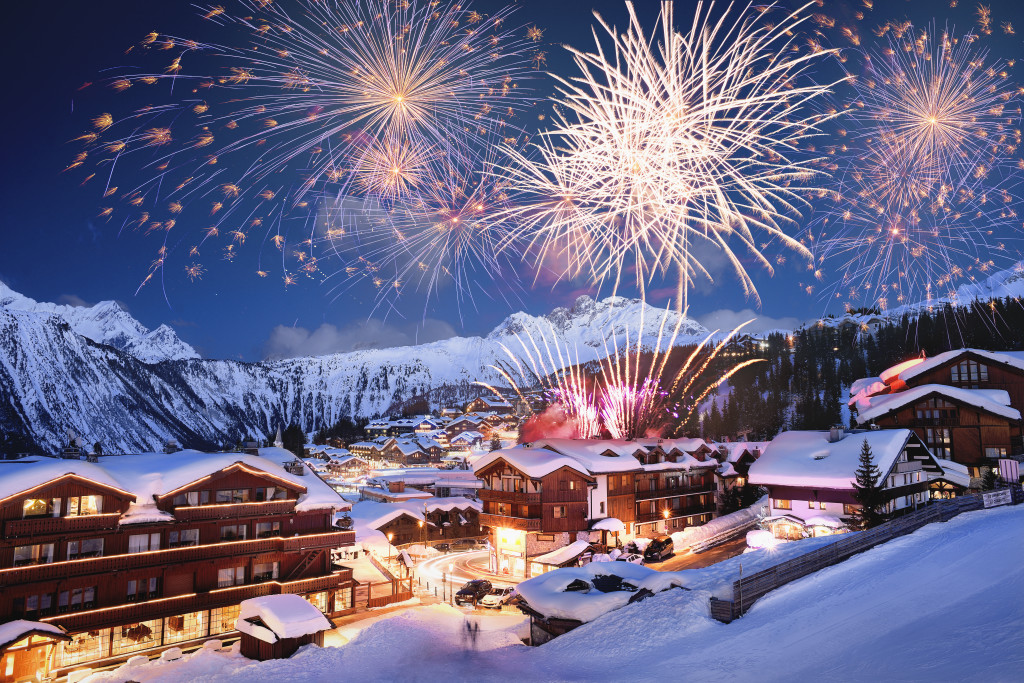 Nestled in the heart of Savoie’s Tarentaise Valley in the French Alps, the glamorous Courchevel 1850 is the winter playground of the select rich and famous looking for snow adventures, impeccable accommodations and fine dining.

Named as the St. Tropez of the Alps, Courchevel boasts not only of the biggest connected ski area in the world but also its outstanding lift system, which is virtually smooth and queue-free even during peak seasons. Its expansive lift-linked ski area of 600 kilometers of pistes and more than 170 lifts encompass the three valleys of Meribel, Val Thorens, and Les Menuires and La Tania, offering a wide array of skiing opportunities for every ski level.

The upscale Courchevel 1850 is one of four French ski resort villages named for their altitudes in meters: Courchevel 1300 (now Le Praz), Courchevel 1550 (now Village), Courchevel 1650 (now Moriond) and Courchevel 1850 (now simply Courchevel). However, the unique prestige of Courchevel, the biggest of the four and therefore the flagship, lie in the luxury hotels that rival those in Paris, which include two top “Palace” nods, 16 five-star hotels and five restaurants awarded with two Michelin stars.

Although visitors can be guaranteed the most opulent experience in any luxury suite and chalet in Courchevel, a couple of notable places to stay in are the ski-in, ski-out Les Grandes Alpes along the Bellecote piste and the six-star palace Le Kilimandjaro, which offers breathtaking views of the surrounding snow-capped massifs. 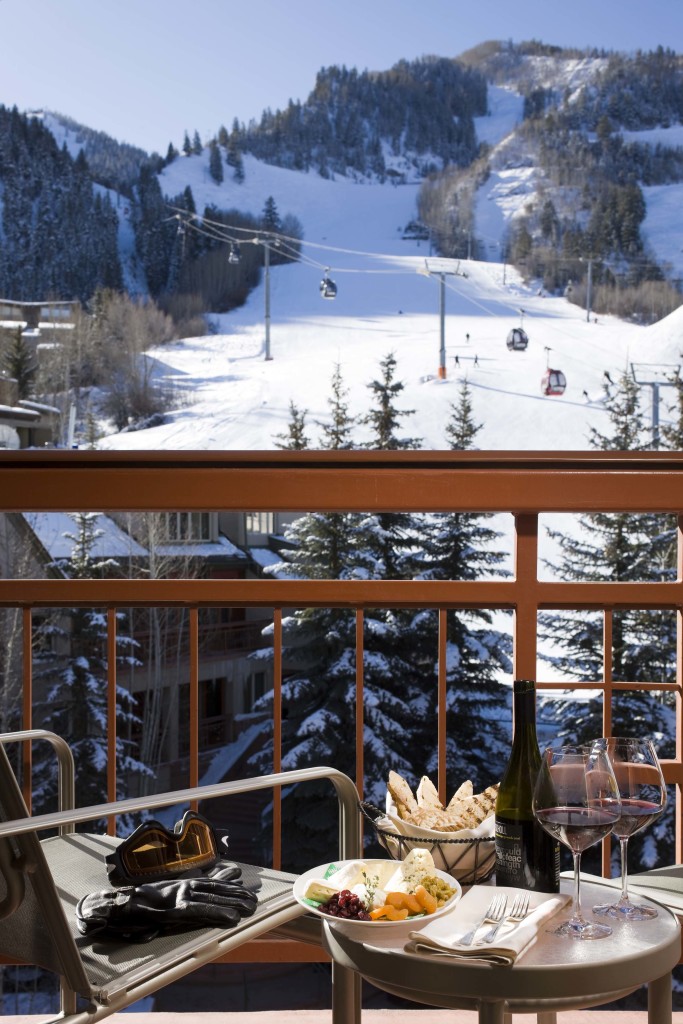 Everything is big in Little Nell. Although the 92-room hotel is small compared to other nearby ski hotels, it is big on luxury as a Forbes five-star property. With impeccable service, excellent food and careful attention to detail, each of the carefully designed rooms is very large and airy by hotel standards. Anything deemed “small” in the hotel only makes it a study of juxtaposing quaint charm and exclusive luxury that does nothing short of spoiling visitors and keeping them coming back.

A winter wonderland for the glitterati and the elite, Little Nell sits at the base of the world-famous Aspen Mountain, which is hallowed ground deep-set in American culture and rooted in Ute Indian history. It is one of the very few five-star, five-diamond hotels and also one of the very rare true ski-in, ski-out getaways.

Visitors can splurge on the mountainside suites or the many dining options, such as the formal Terrace Bar, the refined Montagna, the experiential Element 47 and the more casual Ajax Tavern.

It is within two kilometers of Wagner Park, and the nearby Aspen Mountain beckons visitors to indulge in the wide array of winter sports it offers, such as cross-country skiing and snowshoeing. Other activities include hiking and biking, downhill skiing and snowboarding. Then visitors can rest their snow-weary limbs in the hotel’s spa and steam room.

[…] Top Luxury Ski Resorts in Europe and North America However, the unique prestige of Courchevel, the biggest of the four and therefore the flagship, lie in the luxury hotels that rival those in Paris, which include two top “Palace” nods, 16 five-star hotels and five restaurants awarded with two Michelin … Read more on International Banker […]