Top Posts
Challenges Remain, But There Are Opportunities to Be Had in...
Interview with Mr. Olukayode Pitan, Chief Executive Officer and Managing...
Commodities Outlook for 2023
The Value of Cash in a Time of Crisis: How...
The US-Africa Leaders Summit: Fostering a Closer Relationship with the...
Three Key Sectors in Which to Invest in 2023
Home News Global Military Spending Hits a Record High
News 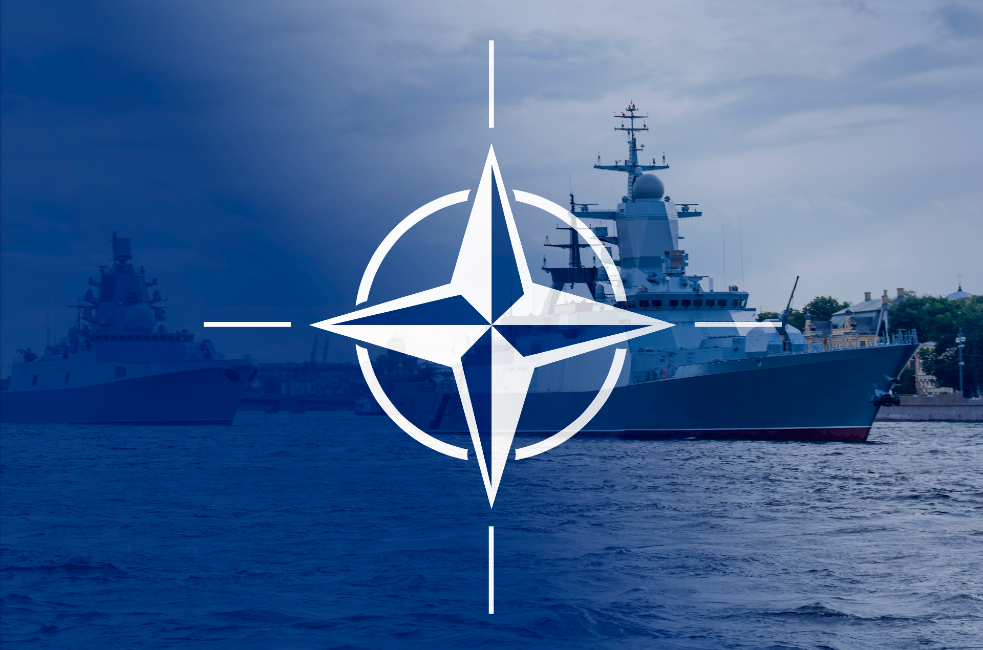 In late April, new figures published by the Stockholm International Peace Research Institute (SIPRI) revealed that annual global military spending for 2021 had passed $2 trillion for the first time, reaching a staggering sum of $2.113 trillion. Last year was also the seventh straight year in which military spending around the world increased, with total expenditure almost doubling in this century alone. “Even amid the economic fallout of the Covid-19 pandemic, world military spending hit record levels,” said Dr Diego Lopes da Silva, senior researcher with SIPRI’s Military Expenditure and Arms Production Programme. “There was a slowdown in the rate of real-terms growth due to inflation. In nominal terms, however, military spending grew by 6.1 per cent.”

According to the report, moreover, the biggest military spenders in 2021 were the United States, China, India, the United Kingdom and Russia. “The US, with just over 4 percent of the world’s population, accounts for nearly 40 percent of all global military spending. In an attempt to preserve a technological advantage over its competitors, that US funding for military research and development has increased significantly,” the SIPRI report noted. “China’s economic rise from a predominantly rural society in the 1970s to a motor of the world economy today has been accompanied by a rapid expansion of its military capabilities. Last year, the Chinese government allocated an estimated US$293 billion to its military. After increasing its spending for 27 consecutive years, it now accounts for 14 percent of global spending.”

In short, the world continues to arm itself at an alarming rate, perhaps more fervently than ever before. And in 2022, there does not appear to be any slowdown. Indeed, it is not just the usual big spenders that are boosting their military capabilities. A growing number of countries with defence capabilities that, up until very recently, could only be described as limited have even joined in on the burgeoning arms race. This is perhaps no more clearly evidenced than with the recent pledges to bolster defence spending provided by two nations that have explicitly pursued non-militarisation for several decades: Japan and Germany.

For Japan, the signs of rearmament have grown over the last decade. In 2014, Prime Minister Shinzo Abe lifted Japan’s 60-year ban on maintaining the armed forces with war potential, which was introduced through Article 9 of its post-World War II constitution. Although Japan had been slowly engaging in the process of remilitarisation prior to this, Abe’s 2014 approval of a reinterpretation of the nation’s constitution gave its defence forces much greater power. But today, those efforts have gone up a few notches as Tokyo is now set to raise military spending levels dramatically over the next five years to reach its goal of 2 percent of gross domestic product (GDP). “Three-quarters of a century on, the Japan that declared it would never maintain ‘war potential’ has in fact built up a formidable one, becoming the world’s fifth-highest military spender,” Gavan McCormack, professor emeritus of the Australian National University (ANU) and editor of the Asia-Pacific Journal: Japan Focus, wrote recently in the US political magazine Jacobin.

And Japan’s World War II ally, Germany, announced in late February following the breakout of war in Eastern Europe that it would pledge €100 billion of its budget this year for the armed forces, again aiming to bring military spending to 2 percent of GDP in line with NATO demands. And even the imminent addition to the alliance, Finland, has made clear its intentions to ramp up its military expenditure, with the country’s defence ministry confirming that this year’s second budget will include almost €670 million in additional funding for the Finnish military.

Why is this the case? In short, the possibility of a growing military threat to the US-led West posed by China and Russia. “We need to support Ukraine in its hour of desperate need,” German Chancellor Olaf Scholz said. “In attacking Ukraine, Putin does not just want to eradicate a country from the world map, he is destroying the European security structure. It’s clear we need to invest significantly more in the security of our country in order to protect our freedom and our democracy.”

Indeed, with the war continuing to rage in Eastern Europe, the US has provided approximately $54 billion to support Ukraine since the conflict began in late February, a hefty chunk of which has arrived in the form of military aid. Most recently, President Joe Biden’s administration approved $1 billion in US security assistance to the country, split into $350 million as weapons sourced from Department of Defense (DoD) inventory and $650 million from the Ukraine Security Assistance Initiative (USAI) funds used to procure industry contracts for manufacturing weapons.

And in a clear move to counter China, the US has already approved four separate rounds of arms sales to neighbouring Taiwan under the administration of Joe Biden, including three rounds in 2022 alone, with the most recent being the $120-million sale of naval equipment on June 8. “The proposed sale will contribute to the sustainment of the recipient’s surface vessel fleet, enhancing its ability to meet current and future threats,” the Pentagon’s Defense Security Cooperation Agency (DSCA) explained in a statement.

On the one hand, the need to ensure security following the escalation of conflict between Russia and Ukraine is understandable for neighbouring European nations. But evidence suggests countries are coming under mounting pressure to boost their military capacities from other NATO members, particularly the US. Even Japan’s recent hike in military spending has come off the back of pressure from the US. Japan’s minister of defense, Nobuo Kishi, has even said that such measures have been taken to provide Japan with “counterstrike capabilities” to defend against aggression in its own region—namely from China, Russia and North Korea. It is thus becoming clear that much of the world is becoming more militarised as tensions among the world’s biggest superpowers continue to flare up.

But are such exorbitant spending levels ultimately justified? From an economic perspective, it remains to be seen whether military investment should be regarded as a net positive. But from the standpoint of preserving or strengthening national security, the world may well be on the cusp of an unprecedented arms race. A 2001 study by the US government foreign-policy think tank RAND Corporation focused on the historical relationship between economic growth and military expenditures in five of the world’s biggest military powers: Germany, France, Russia, Japan and the United States. In particular, the paper examined how each country’s military expenditures changed in response to changes in economic growth between 1870 and 1939.

“This analysis suggests that today’s large and fast-growing economies are most likely to devote a growing share of their government and national resources to military expenditures when the external environment appears highly unstable,” RAND found, whilst also noting that each country behaved uniquely and that rising economic growth was not mandatory for military spending to be increased. In most cases, perceived threats to national security were deemed the most important factor in countries’ boosting their military expenditures. “During such times, an increase in the size and effectiveness of these states’ armed forces can lead to a significant reconfiguration of the global balance of power.”

As for the chief military spender itself—the United States—it would seem that a rapidly growing China represents just such a perceived threat to national security. “The China discourse lends itself to threat inflation, because China is a genuinely new challenge. Never before in its modern history has America faced a rising power that threatened to surpass the United States in the size of its total economy and its role in global economic leadership,” Marcus Stanley and Michael D. Swaine of the Washington-based think tank Quincy Institute for Responsible Statecraft wrote on June 16. “For this reason, China is often presented in US policy circles in a hyperbolic manner, as a vaguely defined but extreme and even existential threat to the United States. This is then used to justify ever greater levels of defense spending to prevent Chinese global domination.”

Nonetheless, it seems clear that even more defence spending is on the horizon. The Biden Administration initially announced that it would seek a military budget for fiscal 2023 of at least $813 billion, a $31-billion hike from last year’s level, which itself was $32.5 billion more than the year before. The bill’s priorities are new and upgraded (and nuclear-equipped) ballistic-missile submarines, land-based missiles and bombers. But the Senate Armed Services Committee raised this headline figure by an additional $45 billion over what Biden requested. The addition addresses “the effects of inflation and accelerate the implementation of the National Defense Strategy,” the Committee noted, with Chair Senator Jack Reed confirming that the goal is to counteract runaway inflation, aid Ukraine, replenish weapons used in the fight against Russia and fund military priorities left out of the Pentagon’s budget request.

As such, much of the world is charting a dangerous course of militarisation at a time when cooperation and multilateralism are perhaps needed more urgently than ever before. Is de-escalation still possible? It would require a sharp policy reversal among the chief military powers to do so, but that does not appear to be their plans for the foreseeable future.