Top Posts
Are Your Bank’s Digital Marketing Metrics Meaningful?
Identifying Beneficial Ownership: A Regulatory Conundrum
Forging a Digital Framework to Harmonize the Global OTC Derivatives...
The Paradox of AI and Investing
Malaysia’s Fight Against Climate Change: Perspectives from a Central Banker
Crypto-assets and the Relevance of International Private Law
Home News Sitting on the Fence: the Returning Appeal of Geopolitical Non-Alignment
News 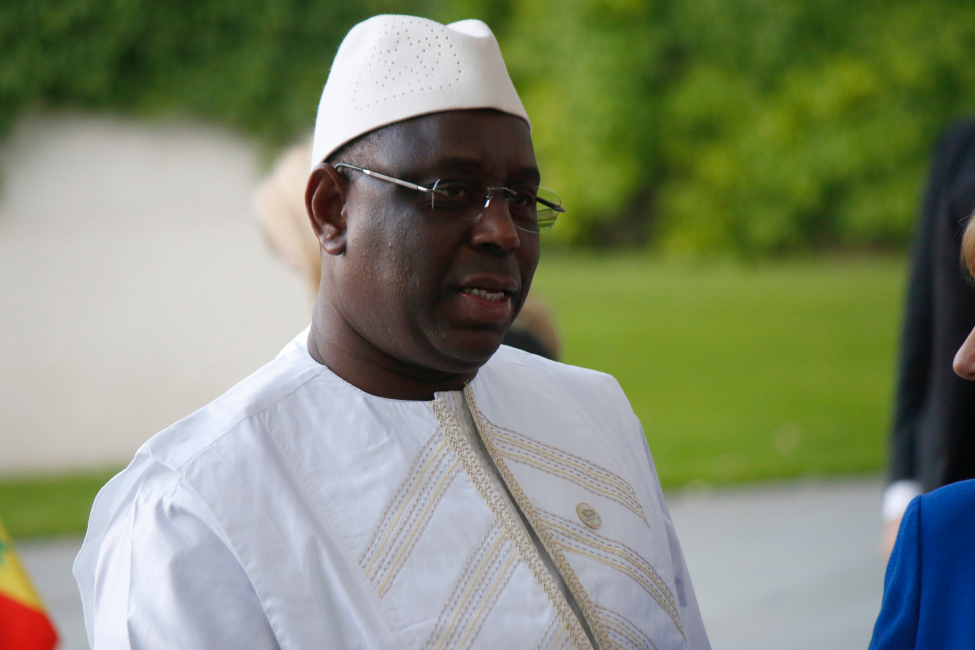 “Over and above current emergencies, I have come to convey the message of a continent determined to work with all its partners in a relational ethic of trusting dialogue and mutual respect,” Macky Sall, the president of Senegal, declared whilst addressing the 77th Session of the United Nations General Assembly on September 20. Sall is also the chairman of the African Union (AU). “I have come to say that Africa has suffered enough of the burden of history; that it does not want to be the breeding ground of a new cold war, but rather a pole of stability and opportunity open to all its partners, on a mutually beneficial basis.”

One might say that President Sall’s profound words were not solely for the benefit of the Senegalese people or even for all the people of the AU. Rather, it is the consensus view that is being held by a considerable and growing number of nations across the world; and perhaps most importantly, those nations house a clear majority of the worldwide population. Resisting pressure from global powers to formally declare support for one side of the ongoing conflict between Russia and Ukraine, these nations are reinforcing their positions of non-alignment and instead choosing to interact with the world based on mutual cooperation and benefits to their respective peoples. As such, it marks a resurgence in the global Non-Aligned Movement (NAM).

Back in 1955, the Indonesian city of Bandung hosted 29 countries from Africa and Asia—most of them newly formed independent, sovereign states—where they investigated potential areas of cooperation during a week of discussions. The conference was a crucial milestone toward what would become known as the Non-Aligned Movement, a collection of some 120 countries today that do not identify an alignment with any major political bloc. This movement drew on the principles agreed upon at the Bandung Conference and formally established in 1961 in the midst of the Cold War.

Clearly, the origins of the movement were in response to the formation of two great power blocs—the United States and the Soviet Union—at a time when much of the world was more decisively demarcated into one camp or the other. And as war rages in eastern Ukraine, the situation is yet again calling for nations to pick a side. This is perhaps why a strong NAM is required once more. Countries have been under pressure throughout this year to show support for one side, express condemnation of the other and vote at the United Nations General Assembly in a manner that clearly demonstrates this partisanship. But the world is much more complex today than it was 60 years ago.

The recent trip by an American delegation to Uganda, Ghana and Cape Verde provides a pertinent illustration of such pressure. The trip saw the US ambassador to the United Nations, Linda Thomas-Greenfield, declare that African countries “can buy Russian agricultural products, including fertilizer and wheat”, but if a country decides to engage with Russia, where there are sanctions, they are breaking those sanctions. Thomas-Greenfield added, “We caution countries not to break those sanctions because then…they stand the chance of having actions taken against them.”

Shortly after the trip, when South Africa hosted US Secretary of State Antony Blinken, its minister of international relations and cooperation, Naledi Pandor, took a firm line against what she considered a form of bullying of African nations by the West. “From some of our partners in Europe and elsewhere, there has been a sense of patronising bullying—‘You choose this or else,’” Pandor stated at a press conference in early August. “And the recent legislation passed in the United States of America by the House of Representatives, we found a most unfortunate bill,” referring to the “Countering Malign Russian Activities in Africa Act” passed in April by the United States Congress, which seeks to “hold accountable the Russian Federation and African governments and their officials who are complicit in aiding such malign influence and activities”.

As President Sall alluded to in his UN speech, economic factors play a crucially important role in determining countries’ respective positions. Of course, this makes complete sense. Why abandon trading partners and lucrative economic opportunities simply to confirm one’s geopolitical alignment? And why be bullied into declaring support for a side only to sacrifice a potentially massive economic upside in the future?

India represents a fascinating case study of this type of sentiment involving economic non-alignment—or perhaps more accurately, economic “multi-alignment”. Data released in June by the Ministry of Commerce and Industry showed the United States had dethroned China as India’s largest trading partner for the fiscal year 2021-22. India’s exports to the US rose from $51.6 billion to $76.1 billion during the year, while imports increased from $29 billion to $43.3 billion. India is also a member of the four-nation Quadrilateral Security Dialogue (the Quad) alongside the US, Japan and Australia, a diplomatic network seeking to monitor and contain the economic rise of China.

And yet India also has an unshakeable historical relationship with Russia that goes back to the Cold War days of the Soviet Union. As such, US-led Western pressure on India to curtail energy imports from Russia has largely failed; indeed, a recent analysis by the Financial Times showed that Indian imports of Russian oil surged from 0.66 million tonnes in the first quarter of the year to 8.42 million tonnes in the second quarter. The sizeable discounts Moscow has been offering Delhi have also done little to dent India’s crude interest, moreover, which further analysis shows has boosted the share of Russian oil in India’s overall crude oil basket from 2 percent in 2021 to some 12 percent at present. And with India being a key member of the China-led and Russia-led Shanghai Cooperation Organisation (SCO) as well as a founding member of BRICS alongside Russia and China (along with Brazil and, more recently, South Africa), the South Asian nation is demonstrating a kind of non-alignment that seeks to maximise its own economic prosperity—a position that perhaps more nations should consider.

The United States knows this only too well. “While the United States and its closest allies in Europe and Asia have imposed tough economic sanctions on Moscow, 87 percent of the world’s population has declined to follow us,” a September 15 Newsweek article written by David H. Rundell, the former chief of mission at the U.S. Embassy in Saudi Arabia, and Ambassador Michael Gfoeller, a former political advisor to the United States Central Command (USCENTCOM), acknowledged. “Economic sanctions have united our adversaries in shared resistance. Less predictably, the outbreak of Cold War II, has also led countries that were once partners or non-aligned to become increasingly multi-aligned.”

Of course, few will deny the global systemic importance of the war in Ukraine, given its profound impact on global commodity markets, including oil, grains and fertilisers. And it is this importance that means virtually the entire world is fully engaged in what is happening in the Donbas region of eastern Ukraine. Nonetheless, perhaps the major players involved in the conflict might garner more support from ostensibly neutral countries by treating the problems and issues those countries face with a great deal more attention than they have in the past.

As far as the West is concerned, support from the developing world “will have to be earned by the West rather than claimed as an entitlement”, according to C. Raja Mohan, senior fellow at the US think tank the Asia Society Policy Institute (ASPI), who recently acknowledged in an article for Foreign Policy magazine that much economic ground has been ceded to China and that the West must work hard to win back trust among such countries. “The first step in that direction is to recognize that the West’s unfolding competition with the Sino-Russian alliance demands a return to classical forms of diplomacy—of winning friends and influencing people,” according to Mohan. “It would involve a decisive shift away from the Western preachiness of the last three decades. Paradoxically, the people who will find this the most difficult are those in the West who consider themselves friends of the global south, yet have exerted the most pressure on developing countries on a whole gamut of issues.”

But while such olive branches are undoubtedly welcome, few of the countries that have exhibited a neutral posture in the Russia-Ukraine conflict will be keen to deviate from their positions of non-alignment. “What is needed is an alternative to the two-camp world of the Cold War. That is the reason many of the leaders of these countries—from China’s Xi Jinping to India’s Narendra Modi to South Africa’s Cyril Ramaphosa—have called, despite their very different political orientations, for a departure from the ‘Cold War mentality’,” Roger McKenzie, the general secretary of UK human-rights organisation Liberation, and Vijay Prashad, a historian, author and director of the Tricontinental: Institute for Social Research, argued in May in a piece for the Morning Star and Globetrotter media publications. “They are already walking toward a new non-aligned platform. It is this actual movement of history that provokes us to reflect on a return to the concepts of non-alignment and peace.”