Top Posts
Are Your Bank’s Digital Marketing Metrics Meaningful?
Identifying Beneficial Ownership: A Regulatory Conundrum
Forging a Digital Framework to Harmonize the Global OTC Derivatives...
The Paradox of AI and Investing
Malaysia’s Fight Against Climate Change: Perspectives from a Central Banker
Crypto-assets and the Relevance of International Private Law
Home News The Counterbalancing Significance of the Shanghai Cooperation Organisation
News 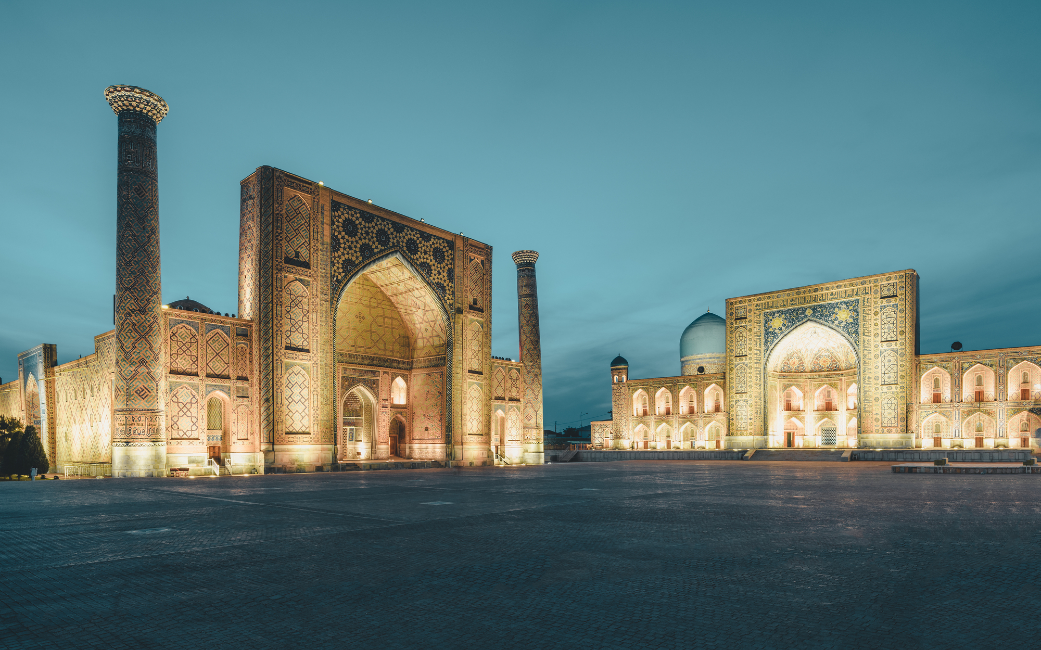 Held in Samarkand, Uzbekistan, from September 15 to 16, the 2022 summit of the Shanghai Cooperation Organisation (SCO)—the rapidly expanding multilateral political, economic and security group of Eurasian nations—saw heads of state from the region convene to discuss a wide range of issues and potential areas of cooperation. And given the delicate nature of global geopolitics across the world in 2022, the meeting represented a crucial congregation of major Eurasian powers that is increasingly seen globally as a counterbalance to the band of Western-led multilateral organisations, such as the G7 (Group of Seven:Canada, France, Germany, Italy, Japan, the United Kingdom and the United States).

The SCO was founded by China, Russia, Kazakhstan, Kyrgyzstan and Tajikistan in 2001 as a successor to the Shanghai Five alliance, with Uzbekistan joining shortly after. The six nations signed the Charter of the Shanghai Cooperation Organisation in July 2002, and the SCO became effective in September 2003. With India and Pakistan becoming full members in 2017, the SCO has expanded to include eight full members, four observer states—Afghanistan, Belarus, Iran and Mongolia—and nine nations classed as dialogue partners—with Armenia, Azerbaijan, Cambodia, Nepal, Sri Lanka and Turkey already approved, and Egypt, Qatar and Saudi Arabia receiving approval this year, a day before the commencement of the Samarkand summit. As such, the SCO today stands as the world’s largest regional organisation from both geographic and population standpoints. It covers around 60 percent of the area of Eurasia, 40 percent of the world’s population and more than 30 percent of the global gross domestic product (GDP).

China and Russia were the dominant powers during the SCO’s formative years; indeed, one of the Organisation’s initial goals was to cement and advance peaceful cooperation between Beijing and Moscow. It also allowed the two nations to coordinate their mutual interests in nearby Central Asian states, as well as shore up security coordination by sharing intelligence in pursuit of combatting extremism, separatism and terrorism within the region, involving joint military drills among member states. But since around 2005, the SCO has taken on greater responsibility for political and economic integration among its members—facilitating cross-border trading agreements, promoting joint member-state projects in such fields as energy and infrastructure, and launching its own Interbank Consortium to “organize a mechanism for financing and banking services in investment projects supported by the governments of the SCO member states”.

And the most recent summit saw leaders of the SCO member states sign the Samarkand Declaration of the Council of Heads of State of the Shanghai Cooperation Organisation, along with issuing various statements and agreements covering a wide range of issues. Indeed, the declaration contained more than 100 points addressing such pertinent topics as global food security, international energy security, climate change, supply-chain stability, regional cohesion, sustainable economic development, and transport and communication ties alongside a joint pledge to further promote the advancement of a more representative, democratic and just multipolar international order. The SCO countries also condemned global terrorism and agreed to eliminate those conditions that could potentially support terrorist, separatist and extremist activities.

All of this activity means that Western powers are observing the growth of the SCO with keen interest—as well as a healthy dose of concern, given their own absence from it. But while they may well perceive the SCO as something of a breakaway organisation, it maintains open lines of cooperation with the United Nations across a wide range of key issues, meaning it remains firmly ensconced within the international community. For instance, the SCO has been an observer at the UN General Assembly (UNGA) since 2005 and signed a Joint Declaration on Cooperation between the Secretariats of the SCO and the UN in 2010. It has also signed official partnerships with the United Nations Educational, Scientific and Cultural Organization (UNESCO), the World Tourism Organization (UNWTO) and the International Organization for Migration (IOM) and has agreed to cooperate with the United Nations Office on Drugs and Crime (UNODC), United Nations Economic and Social Commission for Asia and the Pacific (ESCAP) and the United Nations Office of Counter-Terrorism (UNOCT).

“The Department of Political and Peacebuilding Affairs (DPPA), as well as UNRCCA (United Nations Centre for Preventive Diplomacy for Central Asia), maintain regular contacts with the SCO officials,” according to the UN itself, which also confirmed that the DPPA has deployed a liaison officer to the SCO in Beijing since 2017. “The cooperation activities focus on security developments in the region and key issues related to counterterrorism and prevention of violent extremism.”

Nonetheless, given that the SCO’s summit this year took place against the backdrop of elevated global geopolitical unrest—particularly with relations between the West on the one hand and China and Russia on the other at a historical low and with the war in Ukraine splitting much of the world into separate camps—this year’s meeting in Samarkand has been given more gravitas and received more attention than has been the case in previous years.

And what has emerged from the Samarkand summit that will almost certainly be to the West’s chagrin is Iran’s signing of a memorandum of commitment on September 15 to confirm its permanent membership within the SCO. “Now we have entered a new stage of various economic, commercial, transit, energy, etc. cooperation,” Foreign Minister Hossein Amir-Abdollahian tweeted following his signing of the document for Iran’s full membership in the Organisation. President Ebrahim Raisi, meanwhile, described Iran’s membership as a way for the country to benefit from “the infrastructure that exists in Asia and the neighboring countries”, while his participation in the Samarkand summit was for the “reinforcement of the policy of good-neighborliness, convergence, solidarity, and promotion of multilateralism”.

Iran is also reportedly working on a massive project linking its national power grid with other SCO members, including Russia and former Soviet republics. The connection would be provided via a transmission line east of the Caspian Sea, passing through Turkmenistan and Tajikistan, according to Iran’s energy minister’s adviser in international affairs, Mohammad Ali Farahnakian. This transmission line has already been built up to the Iranian border but requires further construction to extend through Turkmenistan, which, according to Farahnakian, would expand the project’s power-transmission capacity by 200 percent. This would also allow Iran to export its power from the eastern coast of the Caspian Sea, he added.

And perhaps just as significant was the desire shown by Turkey to join the SCO. Having attended the Samarkand summit in September, President Recep Tayyip Erdoğan said that the Organisation’s meeting next year, scheduled to be held in India, could be the appropriate time to discuss full membership for his country, which, despite being a member of NATO (North Atlantic Treaty Organization), has experienced more strained relations with the West of late. Already a dialogue partner within the SCO, Turkey’s pursuit of full membership also comes after repeatedly being rebuked in its attempts to become part of the European Union (EU), which may also explain its willingness to seek friends elsewhere.

The SCO “aims to increase dialogue and cooperation, solve problems among its members when needed and stand in solidarity with one another against interventions in the region by outside powers,” Mensur Akgün, a professor of international relations, told Al Jazeera on September 21, adding that the SCO is more akin to the EU than NATO. “An organisation that has arch-rivals India and Pakistan under its umbrella would not be able to have automatic military interdependence like NATO has.”

Such a move would clearly signal that Turkey’s interests are moving away from the West. And given that Turkey has warmed up to Russia recently, its desire to play a bigger role within the SCO would seemingly make sense. The Eurasian country also recently acquired S-400 missile defence systems from Russia, which triggered the imposition of sanctions by the US along with Turkey’s removal from an F-35 fighter-jet development programme led by the US. Russia is also cooperating with Turkey on constructing its first nuclear power plant, while the two nations signed an economic-cooperation deal in August.

As such, the SCO will be a crucial body for building power among cooperative Eurasian nations, something that will become increasingly important as the heart of global economic expansion shifts eastward. Countries continue to join, with Bahrain, Maldives, Kuwait, United Arab Emirates (UAE) and Myanmar set to receive approval as dialogue partners. And with many of the world’s fastest-growing economies already members, the SCO will be a pivotal focal point for global development as the world continues to trend towards multipolarity.

How Can Financial-Services Firms Create the Ideal Hybrid-Work Environment—and Why Should They?