Top Posts
Challenges Remain, But There Are Opportunities to Be Had in...
Interview with Mr. Olukayode Pitan, Chief Executive Officer and Managing...
Commodities Outlook for 2023
The Value of Cash in a Time of Crisis: How...
The US-Africa Leaders Summit: Fostering a Closer Relationship with the...
Three Key Sectors in Which to Invest in 2023
Home News The East African Federation: A Potential New Economic Superpower Looms
News 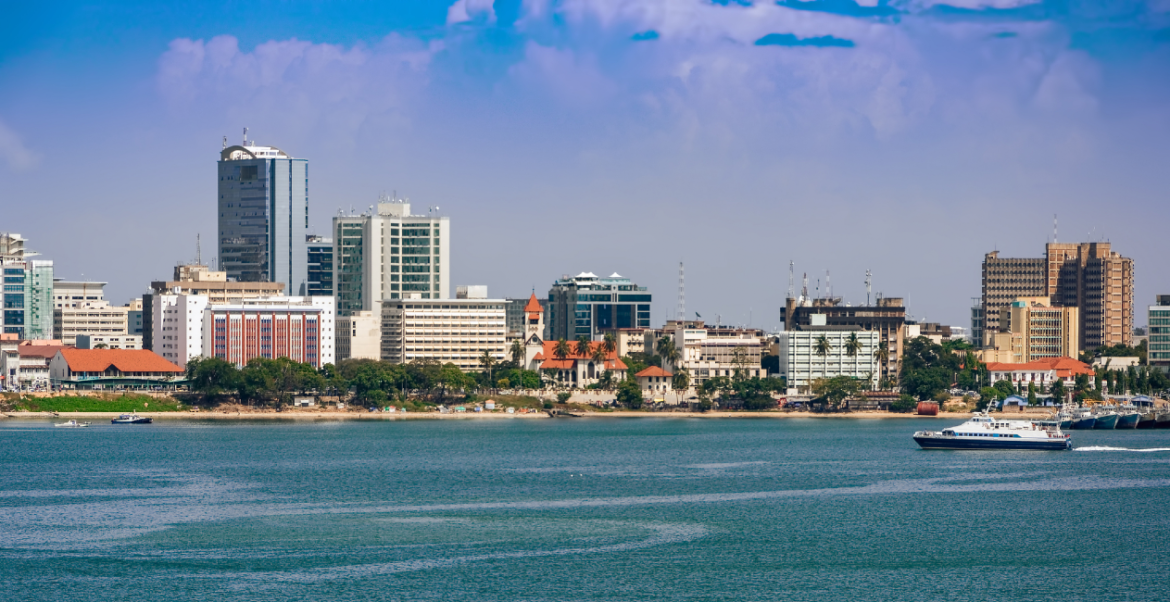 On June 11, 2022, the official Twitter account of the East African Community (EAC) announced that the “Democratic Republic of Congo #DRC officially [became] the 7th Full Member of the Community after depositing Instruments of Ratification on the accession of the Treaty for the establishment of the East African Community to the EAC SG @pmathuki.” The announcement gave notice that the world may be on the verge of ushering in a new African superpower, for the goal of a political and economic union among these seven thriving Eastern African countries—Burundi, Kenya, Rwanda, South Sudan, Tanzania, and Uganda in addition to the DRC—is one step closer to becoming a reality. The resulting federated sovereign state would undeniably be a global economic heavyweight.

The DRC now shares in the full rights and privileges of the community along with the other members. It participates in the EAC’s programmes and activities and must meet its obligations. “Today is a very significant day for the Community and for the DRC. It marks the completion of the processes and procedures towards DRC becoming a full member of the East African Community,” EAC Secretary-General Peter Mathuki said. “Although the date envisaged to submit the documents was the month of September, you are depositing the instruments two months earlier. Therefore, that demonstrates your commitment and willingness to be part of the East African Community.”

The EAC is a collection of East African states that began coming together with the signing of a treaty in July 2000 by Kenya, Tanzania, and Uganda. By 2007, Rwanda and Burundi had signed on, and South Sudan became the sixth member in August 2016. The aim, then, is for the seven nations to coalesce into a new sovereign state called the East African Federation (EAF). Headquartered in the Tanzanian city of Arusha, which would likely be the capital of the proposed state, the EAF would be home to nearly 300 million citizens spread across an area of 4.8 million square kilometres. The EAF would be Africa’s largest country in terms of both territory and people and the fourth-most-populous country in the world.

The seven members have a combined gross domestic product (GDP) of $834 billion using the purchasing power parity (PPP) measure, or $325 billion in nominal terms, ranking 34th and 45th in the world, respectively. However, by combining several of the world’s fastest-growing economies, the newly federated state would very likely see its rankings improve rapidly. During the decade prior to the onset of the COVID-19 pandemic, for instance, Uganda’s annual GDP grew around 5%, Tanzania’s and Kenya’s around 6%, and Rwanda’s a very impressive 7%. Moreover, the collective GDP of the then-six-member community nearly doubled over this period.

The integration rests on four key pillars: a customs union, a common market, a monetary union, and a political federation. Swahili has been chosen as the indigenous language that will serve as the lingua franca for the seven nations. The members are already fairly well-integrated economically. The Africa Regional Integration Index (ARII), which measures the EAC’s regional integration in five respects—trade, productive, macroeconomic, and infrastructural integration and the free movement of people—reported that the region “performs most strongly on the free movement of people dimension, but macroeconomic integration is not far behind. No EAC member has a bilateral investment treaty in force, but the currency of Rwanda, EAC’s top performer in this dimension, is easily convertible, and Tanzania has the community’s best inflation differential.”

Gradual progress is being made on monetary integration. The goal in this case is to ensure that the formerly independent nations operate seamlessly under unified monetary and fiscal regimes. The East African Monetary Institute, for instance, began operating in July 2021 as a precursor to the planned East African Central Bank. The member nations have likewise been discussing the establishment of an East African shilling as a common single currency to facilitate economic integration. In fact, Kenya, Uganda, and Tanzania used such a currency from 1921 to 1969 before launching their own currencies.

“The East African Monetary Union (EAMU) is an important stage in the process of East African Community (EAC) Regional Integration,” the EAC notes on its official website. “The EAMU Protocol was adopted in accordance with the EAC Treaty and signed on 30 November 2013; it lays groundwork for a monetary union within 10 years and allows the EAC Partner States to progressively converge their currencies into a single currency in the Community.” Though EAC leaders have been preparing to launch a single currency, however, that 10-year deadline, coming in late 2023, does not seem achievable.

Nonetheless, much work is being done to maximise the economic benefits of integration for the new federation as well as other African economies. The customs union has already made possible the establishment of a free-trade zone within which no duties are levied on goods or services, and a common external tariff (CET) will subject imports to a uniform tax on goods sold in any EAC member state. Recently, however, that tariff has increased to 35%, which some consider too steep at a time when much of the world is facing strong inflationary pressure. EAC Secretary General Peter Mathuki, however, argues that the new CET will “spur intra-regional trade by encouraging local manufacturing, value addition and industrialisation.”

Moreover, sustainable economic growth appears to be among the seven nations’ top priorities. The EAC unveiled a Regional Bioeconomy Strategy in late June that offers opportunities for member nations to exploit the region’s abundant natural resources, including underutilised agricultural waste materials, for the production of value-added products with applications in sectors including food, health, energy, and industrial goods. “Today, more than 65 percent of the population in eastern Africa depends on biological resources for food, energy, medicine, and other uses. They frequently use these biological resources in their raw form and dispose of significant portions as biological waste,” explained Steven Mlote, the EAC deputy secretary general in charge of planning and infrastructure. Mlote added that growth in the bio-economy would help countries in eastern Africa to achieve many Sustainable Development Goals by 2030.

In the near future, however, the community must confront significant economic challenges, many of which have been affecting the rest of the world this year. Russia’s war on Ukraine, for instance, is having major consequences for East African countries, particularly Rwanda, Tanzania, and the DRC, each of which imports more than half of the grain that its citizens consume from those two countries. Rwandan Finance Minister Uzziel Ndagijimana acknowledged that the resulting price increases in food imports had already boosted inflation and slowed economic growth in his country. “This scenario poses both a threat and an opportunity for the region,” Ray Willbern, the managing director of East African Solutions, a consulting firm with offices in the United Kingdom and Rwanda that helps to develop new projects, said in the Rwandan daily news outlet The New Time. “The threats are obvious, but the opportunities are for countries to act quickly to enhance food security and open up export opportunities for critical crops and related finished products both regionally and internationally.”

Much work also remains to be done to guarantee that the EAF’s political union is harmonious, especially with respect to the persistent military conflict in the eastern Congo region and diplomatic friction between Rwanda and the DRC, with each country accusing the other of supporting armed militias. “The EAC is well aware of the conflict in eastern Congo, and the heads of state have already begun resolving some of the issues and even held a meeting in Nairobi in April to address the conflict,” Secretary General Mathuki acknowledged.

Progress is certainly being made towards the dream of a new African superpower, though perhaps more slowly than some had hoped. Nonetheless, there is optimism that these seven countries, with their rapidly growing economies, will be able to resolve through growth and development the issues that have long plagued the region. The rise of this true African economic powerhouse remains an exciting prospect.

The Implications of the Petro-Márquez Election Victory in Colombia