Top Posts
Challenges Remain, But There Are Opportunities to Be Had in...
Interview with Mr. Olukayode Pitan, Chief Executive Officer and Managing...
Commodities Outlook for 2023
The Value of Cash in a Time of Crisis: How...
The US-Africa Leaders Summit: Fostering a Closer Relationship with the...
Three Key Sectors in Which to Invest in 2023
Home News Why the Solomon Islands Has Become a Key Global Geopolitical Flashpoint
News

Why the Solomon Islands Has Become a Key Global Geopolitical Flashpoint 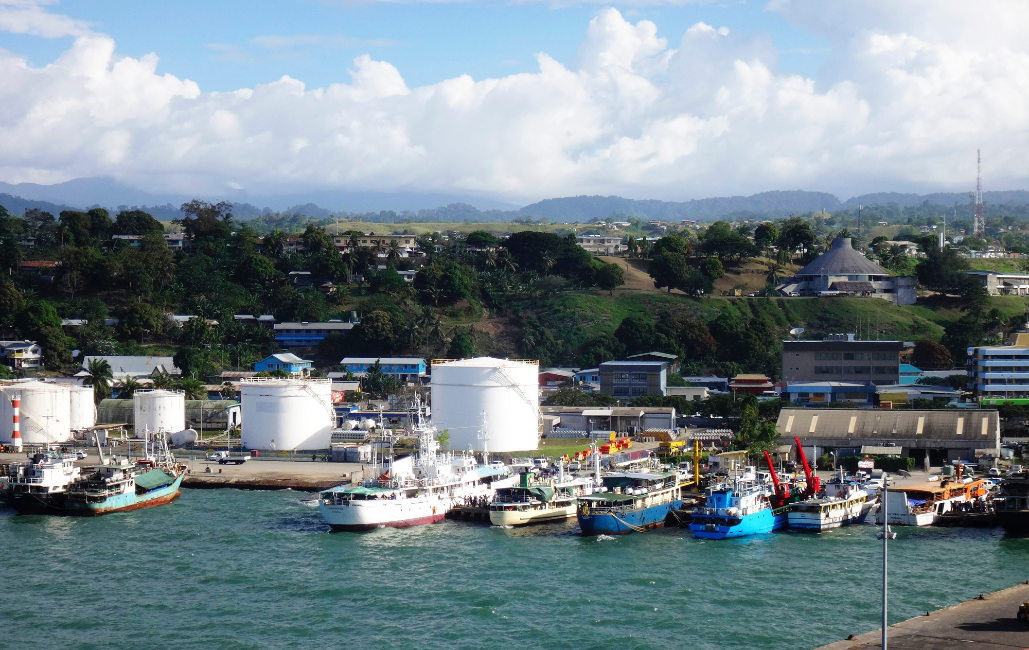 On May 26, the Solomon Islands welcomed a visit to its capital city, Honiara, by H.E. Wang Yi, marking the start of a 10-day trip that would take China’s state councillor and minister of foreign affairs to several island nations in the region, including Kiribati, Samoa, Fiji, Tonga, Vanuatu, Papua New Guinea and East Timor. The visit followed the confirmation of a security deal between China and the Solomon Islands on April 19, which China’s foreign ministry spokesman, Wang Wenbin, said would help the diminutive island nation “strengthen its capacity to maintain its own security” and focus specifically on boosting cooperation in “social order, protecting people’s lives and property, humanitarian assistance and natural disaster response”. By signing the deal, therefore, the Solomon Islands, along with its fellow Pacific Island nations, have become critical players within the global geopolitical landscape.

An archipelago nation of hundreds of islands in the South Pacific, the Solomon Islands has raised eyebrows throughout the West following the announcement of this security deal. Indeed, a draft version of the pact was first revealed on March 24, sending alarming bells ringing among Western powers that seek to counter China’s expanding influence throughout the Asia-Pacific. And as such, the United States and its regional allies have sought to step up their own outreach to the Solomon Islands and other Pacific Island countries, with fears growing that Beijing could soon establish a sizeable military presence in the region.

Just a few days after the signing of the security deal, the US responded by sending a delegation to the Solomon Islands to rejuvenate its own ties with the nation. “In the meeting with Solomon Islands’ Prime Minister Sogavare, the delegation reiterated the key priorities animating the trip and also outlined specific steps the United States would take to advance the welfare of the people of Solomon Islands,” Washington’s official statement on the visit read. “The United States will expedite the opening of an embassy in Solomon Islands; advance cooperation on unexploded ordinance; launch a program on maritime domain awareness; dispatch the Mercy hospital ship to address public health; advance a dialogue on the return of the Peace Corps; deliver additional vaccines; and advance initiatives on climate, health, and people-to-people ties.”

And even New Zealand has confirmed the development of its own maritime security discussions with the Solomon Islands. “I won’t go into the details of the work plan, but it’s a positive sign, and they’ve got a job to do now to follow up with that particular piece of work,” New Zealand’s minister of defence, Peeni Henare, said in an interview with Newsroom on June 14, adding that maritime security was also a major priority for his Solomon Islands counterpart. “That’s what was the number one theme in our conversation, so I said, ‘OK, how do we help?’, and that was the creation of the work plan I just described.”

But perhaps most telling of all, concerning the Western nations’ response to the Solomon Islands’ security pact with China, was the US’ acknowledgement that it would respond to any military installation initiated by Beijing. “We have respect for the Solomon Islands’ sovereignty, but we also wanted to let them know that if steps were taken to establish a de facto permanent military presence, power projection capabilities or a military installation, then we would have significant concerns and we would very naturally respond to those concerns,” the US’ assistant secretary of state for East Asian and Pacific affairs, Daniel Kritenbrink, said in late April. But Solomon Islands’ officials have stressed that its security deal with China “had solely domestic applications” and that there would be “no military base, no long-term presence, and no power projection capability” as a result of the agreement.

So why is China stepping up its security coordination with the Solomon Islands? Much of the motivation lies in its response to the wave of unrest the Solomon Islands has experienced in recent years, with much of the violence targeted at Chinese nationals and businesses based in the country. This violence has largely been attributed to Malaita for Democracy, a US- and Taiwan-friendly organisation from the country’s Malaita Province, which is home to a number of separatists and opponents of the current government under Prime Minister Manasseh Sogavare.

Although Honiara officially switched its diplomatic allegiance from Taiwan to China in September 2019 by officially recognising the “One-China” principle and ending 36 years of diplomatic relations with Taiwan, Malaita remained opposed to this move, with the province’s premier, Daniel Suidani, stating that Malaita was “strongly opposed to PRC communist ideology and investment”. Indeed, the Malaita Province continued solely receiving substantial financial assistance from Taiwan after 2019, along with $25 million in aid from the US in October 2020. Although the US insisted the aid was purely for Malaita’s economic development, many viewed it as a bid to support Malaita’s efforts to repel China’s growing ties with Honiara. “It’s either a remarkable coincidence for some reason, someone in the US State Department has suddenly found Malaita on the map, or much more likely, it’s got a lot to do with geopolitics”, Dr Terence Wood, a researcher with the Australian National University’s Development Policy Centre, told the Australian Broadcasting Corporation (ABC) at the time.

And with Suidani continuing to voice support for the “government and loving people of Taiwan”, tensions continued to grow between Malaita and both China and the national Solomon Islands government, with Beijing deeming Suidani’s remarks as being “against one-China policy adopted by the Solomon Islands national government”. Such tensions finally spilled over when violence initiated by Malaita protesters broke out in Honiara in late 2021, which saw Chinese shops and businesses in the city burned and looted, along with a handful of people being killed in the Chinatown district. Questions remain over the ultimate source of this violence and whether larger political forces were at play during this situation, but it nonetheless explains the urgency with which Honiara and Beijing have been moving to provide greater security for the country.

Indeed, Sogavare himself has stated his desire for this new security arrangement to focus on combating the “hard internal threats” that face the Solomon Islands and has described the existing security pact with Australia, which was resurrected following last year’s violent protests, as being “inadequate.” As such, the new agreement with Beijing stipulates that China can “make ship visits to, carry out logistical replacement in, and have stopover and transition in [the] Solomon Islands” and can also send military personnel and armed police to the country for the purposes of “maintaining social order”, “protecting people’s lives and property” and to “protect the safety of Chinese personnel and major projects”.

It does not mean China can establish a naval base, however. And Sogavare continues to stress that his nation’s warming ties with Beijing do not diminish the historic relationships it has forged with other powers, including the US and Australia. “My government welcomes all high-level visits from our key development partners. We will always stand true to our policy of ‘Friends to All and Enemies to None’ as we look forward to continuing productive relations with all our development partners,” Sogavare confirmed just before Yi’s visit.

Speaking to The Guardian in mid-June, Colin Beck, the permanent secretary of foreign affairs and a senior figure in the Solomon Islands government, also stressed that the focus should not be on which “fire station” the Solomon Islands is seeking help from to assist in a disaster, but instead on the root causes of the fire. “What we should be talking about is actually preventing the fire,” he said. “Security and development are two sides of the same coin. Now we need to address our development agenda…[the] Solomon Islands, first of all, is a small island developing state, its vulnerability to climate change is real.”

Nonetheless, it is clear that China is keen to build its economic presence in the region as it seeks further cooperation with Pacific nations; for instance, Vanuatu recently signed an agreement with China to extend the runway at Pekoa Airport, which would accommodate larger aircraft and thus facilitate easier delivery of humanitarian aid. As such, it continues to press ahead with the inking of several important commercial agreements, with the scope for expanding cooperation, infrastructure investment and ultimately economic development likely to entice most regional governments. As such, much of the world will keenly observe developments in the Solomon Islands and the wider Pacific region over the coming years.

Three Years on from the Royal Commission: Has Australian Banking Been Reformed?

From Competition to Collaboration: Shifting Perspectives on the Bank-Fintech Relationship