Top Posts
Banks Remain Uniquely Vulnerable to Sophisticated Cyber-Attacks
Western Banks Willing to Accept the Short-Term Pain of Russian...
Why the US Is Ramping Up Its Presence in Somalia...
How Technology Is Helping to Solve Global Supply-Chain Issues
UK Inflation Climbs to Fresh 40-Year High
Extended Reality and the Metaverse Are Leading Financial Services into...
Home Slider 2017: the Year of Living Digitally
Technology 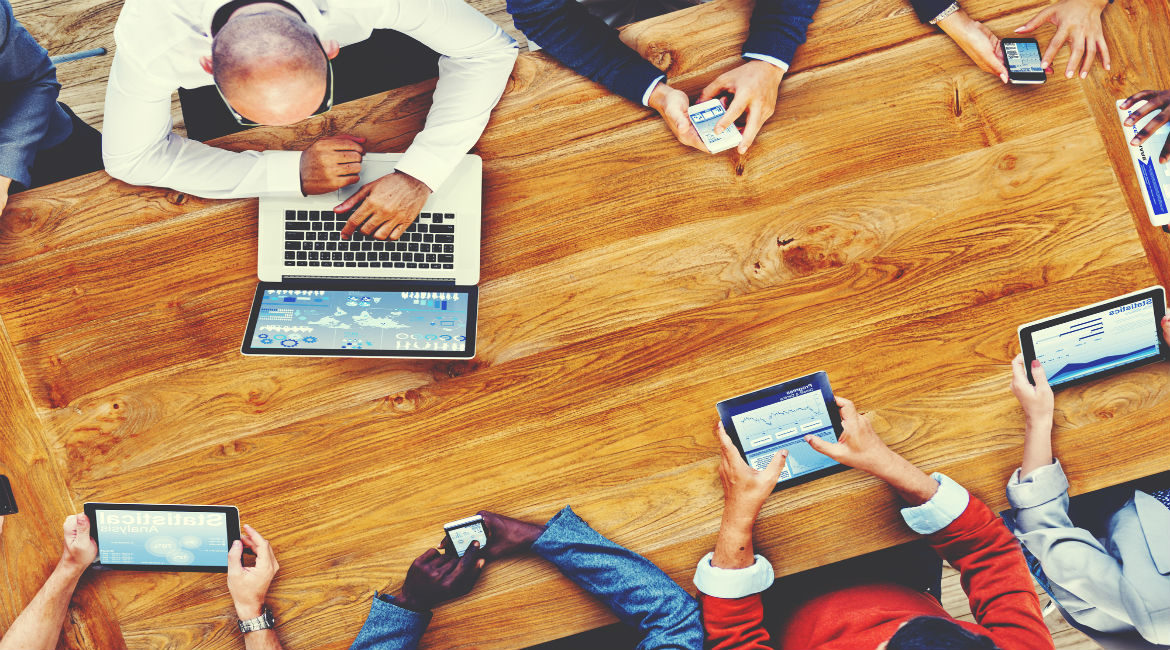 We’re in an era in which there’s an app for anything. Digital shelves are full of creativity from the developer community, and consumer enthusiasm knows no bounds. By 2020, Apple’s App Store will have likely seen 284 billion downloads, generating over $100 billion in revenue. Winning in a digitalised economy has never been so important or valuable. Banks need to ensure they’re adjusting to life on the planet of the apps, maximising every opportunity to monetise their digital activities.

The agents of change in retail banking continue to be influential. Competition is intensifying, as new entrants explore all means necessary to disrupt and dislodge incumbents. Technological advances are accelerating, spurred on by breakthroughs in computer science that allow for the previously impossible to become possible. Each one of us is a consumer; therefore we’re each responsible for a change in user behaviour, whether it’s how we prefer to interact and transact, or if we’ve grown tired of being promised an excellent experience when the reality is depressingly different. And the evolution of regulation continues to have an impact in 2017, as progressive regimes recognise there’s a role for them to play beyond ensuring compliance.

Events outside the walls of banking teach valuable lessons. We must expect the unexpected and avoid assuming radical shifts will never occur: nothing should be taken for granted. Digitalisation is exposing inefficiencies in every industry in the most ruthless ways imaginable. From retail to transportation to leisure, nothing is immune from digital’s market-altering effects. Digital is a major reason why only 12 percent of the firms on the 1955 Fortune 500 remain on the list today. The cull dramatically increased from 2000 onwards, as first the Internet and latterly digital propelled some organisations into the stratosphere, while simultaneously sending others to obscurity at best and oblivion at worst.

To avoid disaster, three things need to happen. Firstly, banks need to become better versions of themselves. There’s not a moment to lose where this is concerned, as hesitation will result in firms finding life increasingly difficult relative to their better-performing peers that are further down the path to transformation and—in some cases—redemption. Secondly, banks need to next learn how to compete successfully in a digitalised economy, capturing and maximising monetisation opportunities at every turn. Thirdly, banks need to follow Lincoln’s maxim of “the best way to predict the future is to create it” and ensure their own destiny by taking decisive strategic steps.

That said, the macro-factors affecting global banking in 2017 are hastening change and a degree of uncertainty. Politically, we’re in uncharted waters. Economically, we’re struggling with weaker growth. Socially, we’re seeing improvements and changes in behaviour. Technologically, we’re embracing digital but must remember its cyber-threat(s) as well as its benefits. Environmentally, we’re entering a new era of corporate social responsibility but can see signs of a banking industry with far fewer people employed within it. And legally, we’re witnessing positive legislative developments but with the spectre of some potentially problematic compliance requirements.

So what is happening in banking during 2017?

Preparations for the PSD2 (Revised Payment Service Directive) are hitting top gear within progressive European Union (EU) banks, allowing them to get into an advanced position to exploit a new app-driven era of openness in banking. The PSD2’s 2018 implementation target date could possibly change, but the potential rewards reaped by banks extend far beyond achieving regulatory compliance. Getting the preparations right in 2017 is separating winners from losers.

Cloud adoption is accelerating, and Platform as a Service (PaaS) allows competitors to reach new heights of differentiation through the provision of new applications. Obstacles to cloud computing have been steadily reducing in size, as financial and operational benefits prove too attractive to ignore. PaaS represents the biggest opportunity, as it gives banks access to new app-driven capabilities.

There is the extended development of new fintech- and regtech-specific legislation designed to reduce risk and stimulate economic growth by creative means. Innovating safely to reduce complex, fragmented regulation is essential if wide-ranging industry improvements are to be made. Banking’s “outside-influencers”—customers, regulators and investors—are the main beneficiaries.

Turning the EU’s General Data Protection Regulation (GDPR) from legislative vision into operational reality is proving problematic and resource-intensive, as banks grapple with the magnitude of the task ahead of the May 2018 deadline. With punitive financial penalties having been revealed already, non-compliance is not an option. But preparedness is hard to assess at present as banks aren’t revealing much, if anything, about their GDPR activities.

“To protect, prepare and predict” is becoming a mantra as banks seek new ways to repel cybercriminals while simultaneously using analytics to get closer to customers. Protect is as much about protecting customers from cyberattacks as it is about protecting previous investments in information technology (IT). Prepare focuses on being ready for the future. Predict is all about getting smarter, faster and better via the use of advanced analytics.

Opacity surrounding the Internet of Things (IoT) in retail banking is reducing: use cases are at a nascent state of development in 2017, but that’s OK. The fact that banking is interested in understanding what role IoT will play in the(ir) future is encouraging from an innovation perspective.

Foundations are being laid down for cognitive technologies as part of the drive to service and operational excellence, but the uptake among customers is modest. However, it’s important to have the rails installed upon which such services can run in the near future.

Digital payments are en vogue again, with mobile commerce transactions rising around the world thanks to increased adoption and acceptance among retailers and users alike, combined with improved device sophistication and penetration. But payments are just one part of the winning formula.

Let’s conclude with something straight out of left-field (courtesy of the alt-right): namely the possible repeal or rollback of the Dodd–Frank Wall Street Reform and Consumer Protection Act. This moved a half-step closer to becoming reality following the publication of US Treasury Secretary Steven Mnuchin’s review. However, it remains to be seen if the act will be removed, or if a bipartisan movement thwarts President Donald Trump’s lofty ambitions to “make American banking great again”.