Top Posts
Challenges Remain, But There Are Opportunities to Be Had in...
Interview with Mr. Olukayode Pitan, Chief Executive Officer and Managing...
Commodities Outlook for 2023
The Value of Cash in a Time of Crisis: How...
The US-Africa Leaders Summit: Fostering a Closer Relationship with the...
Three Key Sectors in Which to Invest in 2023
Home Slider Africa: A Burgeoning Region for Tech Growth
Technology 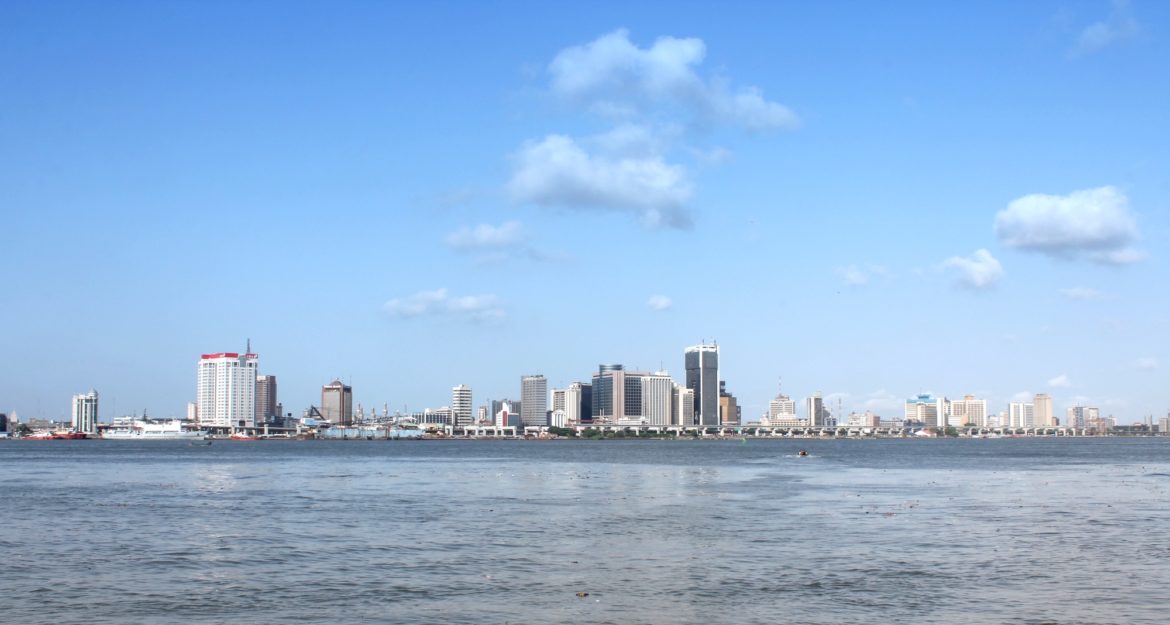 Today, tech entrepreneurship represents a major source of growth and development all across the world. But there are few regions where it is proving more vital than Africa. The last decade has seen hundreds of tech hubs emerging across the African continent, driving innovation and providing significant employment, particularly for its youth population.

As of late 2019, a whopping 643 tech hubs were identified across Africa by a joint report from Briter Bridges (an African-focused market insights firm) and AfriLabs (a pan-African network organisation of innovation centres), as per the broad definition that includes accelerators, incubators, university-linked start-up support labs, maker spaces, technology parks and even co-working spaces. “I have always thought we have been gauging hubs’ work with the wrong scale. Hubs have been playing a catalyst role across Africa’s cities that transcends the mere act of supporting start-ups,” Dario Giuliani, Briter Bridges’ founder and a co-author of the report, told business and politics publication The Africa Report in February 2020. “Although several such organisations still offer only co-working facilities, an often understated role these hubs play is that of safe havens for the youth in otherwise poorly conducive environments, as well as forward-looking training centres promoting digital literacy.”

And although around two-thirds of those hubs have fewer than 10 staff members, there is, nonetheless, unequivocal evidence of rapidly expanding tech ecosystems, as a growing number of entrepreneurs have the confidence and support to address a myriad of problems throughout the continent. “The success of tech hub leaders in countries such as Rwanda, Nigeria, Kenya, Ghana, Senegal and South Africa has been critical in convincing governments and their technical partners to integrate entrepreneurship into their policy and structure,” according to a 2020 report by the International Trade Centre (ITC), a multilateral agency with a joint mandate alongside the World Trade Organization (WTO) and the United Nations through the United Nations Conference on Trade and Development (UNCTAD). “They are now partnering with hubs and other entrepreneurial actors to create successful start-ups. The success of these entrepreneurs pays enormous dividends to local economies, leading to job growth, positive social impact and increased environmental and economic sustainability.”

And there do not seem to be many signs of a sustained slowdown in activity. Indeed, perhaps what’s most astonishing about Africa’s tech growth in 2020 was its resilience in the face of challenging business conditions that cropped up as a result of the coronavirus pandemic. According to its “2020 Africa Tech Venture Capital Report”, global tech-investment platform Partech found that the region represented the fastest-growing venture-capital (VC) market for tech in 2020, with activity growing by almost half. Africa also attracted a higher number of unique investors, with more of them investing more frequently than previous years and on a longer-term basis, thus gaining exposure to how tech is transforming the continent and creating value.

The Partech report revealed that the African tech ecosystem was still inexorably accelerating in 2020, with 359 equity rounds (+44 percent year-over-year) to reach a total VC funding level of $1.43 billion, although this amount was 29 percent less than 2019, as COVID-19 slashed average-growth ticket size by 60 percent. “Yes, the numbers also showed the effect of a crisis that grounded global investors, drove uncertainty in macro trends and froze frenetic African cities. In some respects, there was a slowdown as investors’ processes were disrupted, as founders delayed rounds for better times, as betting big tickets became harder,” the report noted. “But a few months into the crisis, it’s become clear that not only is the ecosystem resilient, but it is even getting a boost from an accelerated digitalization of some key economic sectors.”

The report also identified several countries in which tech acceleration is being particularly cultivated—Nigeria being the top destination for equity funding, with $307 million invested across 71 deals, closely followed by Kenya, with $305 million across 52 deals. Strictly in deal numbers, Egypt came out on top with a hefty 86 deals (covering a total investment of $269 million), with South Africa in second place with 72 deals (covering $259 million of investment). As such, it is encouraging to observe from a geographical standpoint that Africa’s tech boom is being experienced in all four of the northern, southern, eastern and western regions of the continent.

But while those four centres are undoubtedly establishing themselves as the main tech hubs within Africa, one mustn’t ignore the work being done to drive development in a number of other countries that may not always attract headlines. Cameroon, for instance, has experienced remarkable growth in recent years, and today, the West African country is seeing tech start-ups emerging in such areas as fintech (financial technology), healthtech, edtech (educational technology) and e-commerce. GSMA (Global System for Mobile Communications Association), a global industry organisation representing the interests of more than 750 mobile operators and a further 400 companies in the broader mobile ecosystem, reported in early October that such sectors are offering investors good strategic entry points to access both the Cameroon market and other countries in Central and West Africa.

And although investment in Cameroon does remain comparatively low at present, it is on a decisively upwards trajectory, with 2021 being a record year for tech start-up funding. “Across Sub-Saharan Africa, e-commerce is growing, supported by the rise of fintech and e-payment solutions. This trend is mirrored in Cameroon, where e-commerce has gained impetus as a result of COVID-19,” according to GSMA’s insights analyst, Susanna Acland. “However, the departure of the Pan-African e-commerce platform Jumia from the Cameroon market has resulted in most online trading shifting to informal channels (i.e., Facebook) creating a market gap in the e-commerce space with promising potential for growth.”

And tech growth is even being seen in some of the most unlikely places in Africa. South Sudan, a country that has been besieged by civil war throughout much of its brief 10-year history to date, is now trying to put the past firmly behind it and establish tech hubs as part of its efforts to build a more promising future. Juba, the fledgling nation’s capital city, has seen many hubs spring up over the last five years to solve some of South Sudan’s most pressing and persistent problems, including female tech empowerment and education, environmentalism, fuel delivery, and identifying and combatting fake news.

Koneta Hub, for instance, describes itself as “a youth-led organisation that is focused on providing community-led solutions to the socio-economic issues affecting our society” and provides free training to young people from its headquarters located in a church. “Our programme mostly targets youth, but we have realised that there is a huge gap. The coronavirus-induced lockdown meant that our church was closed, and people could not connect through in-person meetings. They did not have the necessary skills to connect online and listen to sermons, like other churches in different parts of the world,” Koneta’s founder, ICT (information and communications technology) specialist Denaya Dennis, recently told news publication The EastAfrican, which also reported that the hub is training church leaders on using digital tools. “We also have trainings specifically for women. We know they need the skills, and we have special packages for them, like digital storytelling using photography. We started with 15 young women. Now we have different interest groups, each receiving different packages to enable them to build their capacities,” Mr. Dennis added.

One of the most glaring areas in which much of Africa continues to lag, however, is in climate tech. According to PwC’s (PricewaterhouseCoopers’) “The State of Climate Tech 2020” report, nearly half of global venture-capital dollars (49.3 percent) in climate tech start-ups—or $29 billion—went to start-ups in the United States and Canada, while China with $20 billion was the second most significant region (32.9 percent of the global total), and the European market was third at $7 billion invested (11.7 percent). Africa, in contrast, represented just 0.2 percent of the global investment total, with less than $120 million.

“Even the growing interest in Africa’s tech ecosystem has yet to translate into more action in this area. The recent announcement that Y-Combinator, one of Silicon Valley’s foremost accelerators, was admitting its largest cohort of African start-ups was even disappointing in this regard. Of the 60+ African companies on their register, only a few are climate-tech-focused,” Blaise Bayuo and Olamide Oguntoye of the Institute for Global Change (IGC) recently explained in The Africa Report. “This needs to change. As it stands, the threats posed by climate change to vulnerable populations in Africa will get worse in the coming years. Investing in climate tech will be critical to countering these risks and to building adaptive and resilient economies.”

Nonetheless, it is clear that tech hubs are becoming the focal points for Africa’s start-up revolution. Access to knowledge and technology has never been more readily available to African people, particularly its youth population, which bodes especially well for the region’s long-term development going forward.

Operational Resilience – Why Strategic Investment for Banks Is Crucial