Top Posts
Challenges Remain, But There Are Opportunities to Be Had in...
Interview with Mr. Olukayode Pitan, Chief Executive Officer and Managing...
Commodities Outlook for 2023
The Value of Cash in a Time of Crisis: How...
The US-Africa Leaders Summit: Fostering a Closer Relationship with the...
Three Key Sectors in Which to Invest in 2023
Home Slider Blockchain, Numismatics, CBDC? The Lithuanian Experiment
Technology 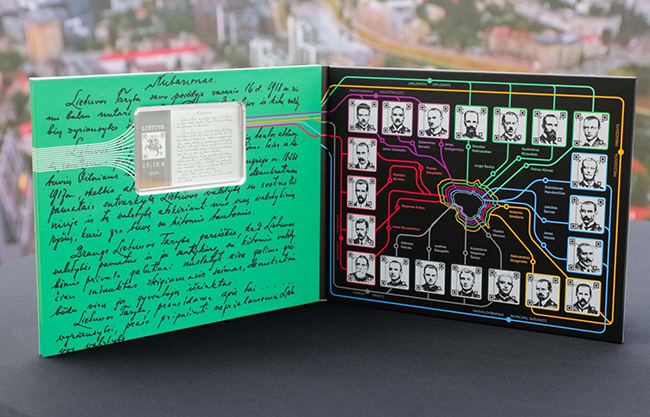 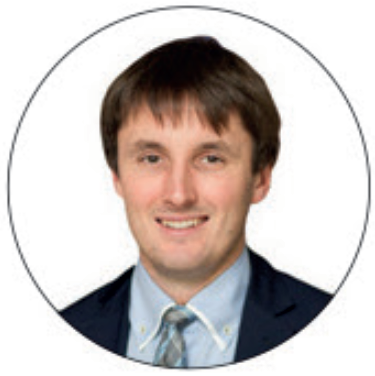 As innovations change every aspect of finance, central banks as well as the public sector at large may find themselves at risk of remaining in the spectator position. Therefore, in 2016, the Bank of Lithuania (BoL) chose the strategic direction of being a digitally oriented regulator and central bank, displaying a hands-on approach to innovation. Summer 2020 marked the finish of a flagship project: LBCOIN.

While Europe is vigorously debating the possibility of a digital euro—a new form of money for the digital age—the Bank of Lithuania is conducting a controlled experiment that can be considered an in vitro test of multiple practical aspects relevant to the central bank digital currency (CBDC) discussion. LBCOIN is a blockchain-based digital collector coin that was issued in July 2020. The coin, combining both classical numismatics and modern technologies, is dedicated to the Act of Independence of Lithuania (February 16, 1918) and the 20 people who signed it.

The niche area of numismatics has been employed as a “playground” with controlled risk for the central bank and retail users. A great variety of legal, technological (blockchain-related), cybersecurity and other issues have already been encountered and resolved, which in turn have provided a steep learning curve. It is anticipated that LBCOIN technology solutions will become the basis for issuing further digital tokens to test various CBDC parameters.

Let us take a closer look at the genesis and functions of the LBCOIN. The idea of issuing the world’s first digital collector coin was born in 2018. That year, Lithuania celebrated the centenary of the restoration of its statehood, and the Bank of Lithuania decided to mark this occasion in an extraordinary way. Being an innovative product, LBCOIN took a couple of years to develop and finally arrived on the market on July 23, 2020.

The world’s first digital collector coin, LBCOIN consists of six tokens and the opportunity to exchange those tokens into a physical coin. Each token features one of the 20 signatories of the Act of Independence of Lithuania. The physical silver coin “connects” the physical world to the digital one. In size and shape, the silver coin resembles a credit card; it features the Act of 16 February, as well as a digitised picture of the Council of Lithuania. The latter consists of more than 36,500 pixels—the approximate number of days that have passed since the enactment of the Act. The Lithuanian flag on the reverse side of the coin has the national anthem inscribed in binary code. The obverse of the coin bears Vytis—the coat of arms of the Republic of Lithuania—incorporated in a QR (Quick Response) code, which is linked to the e-shop from which LBCOIN will be offered for sale. The silver coin in the denomination of €19.18 commemorates the year that the Act of Independence was signed.

How does it work?

The gamification element added to LBCOIN is intended to stimulate the public’s interest in the signatories of the Act of 16 February and collecting in general. The Bank of Lithuania is releasing 24,000 collector tokens created using blockchain technology. Each token will feature one of the 20 signatories. Collectors will have a chance to collect the entire set of 20 tokens. The tokens are divided into six categories based on the profession or area of activity of the signatories: four academics, four priests, four diplomats, three industrialists, three municipal servants and two presidents. Each category will contain 4,000 tokens. As the number of signatories in different categories varies, some tokens are rarer than others. Thus, it might be anticipated that demand for some tokens will be higher than the demand for others. Each LBCOIN purchaser will receive six randomly selected digital tokens. Collectors can store their tokens at the LBCOIN e-shop, send as a gift, swap with other collectors or transfer to a NEM public blockchain network (NEM wallet).

The big picture, and what’s next?

LBCOIN is a worthwhile contribution to the future updating of the legal environment needed to accommodate the issuance of retail CBDC. Valuable legal, technological and cybersecurity issues have been encountered and resolved to this end during the project’s progress.

The demand for digital collectables is already high and is expected to increase. Taking into account numismatics and the need to issue pure digital collector coins in the future, the European Union’s (EU’s) legal acts regulating the issuance of euro collector coins should be reviewed in the future so as to meet opportunities that are opening up with the use of new technologies. As a horizontal principle, technological neutrality should be ensured across the financial sector in the EU.

Blockchain technology has been successfully employed. The desired degree of anonymity remains an open question. LBCOIN allows clients to perform all types of transactions—including transferring tokens to the public blockchain network, where clients may enjoy anonymity. The importance of anonymity will be better understood after an analysis of the token flow to and from the private Bank of Lithuania blockchain network has been conducted. The good thing about LBCOIN is that it offers a window to monitor behavioural analytics (data analytics that provide insight into user behaviour) and evaluate system traffic loads in order to learn from any technical difficulties encountered.

All in all, it needs to be said that providing digital wallets directly to final clients could be a challenging task for the central bank if it issues retail CBDC. First of all, if digital tokens are issued in a centralised system, the architecture should be well thought out in order to avoid a single point of failure. Moreover, the system should ensure instant transfers, which is difficult with current blockchain technologies. Additionally, onboarding (registration, KYC procedures, monitoring) of clients may be challenging if it is done by only one entity, i.e., the central bank. Last but not least, dealing directly with retail clients requires establishing adequate customer service, which may be extremely challenging if one system is used by all of the citizens of the country.

DeFi: Behind the Latest Revolution in Crypto