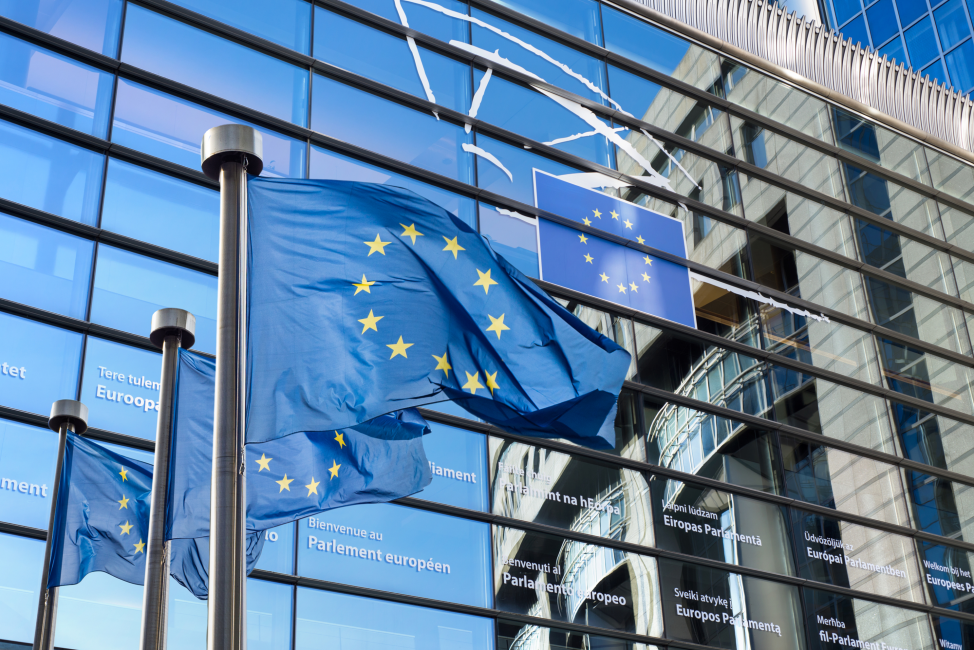 On the evening of March 24, the European Union (EU) announced its most significant legislative effort to limit the market power and anti-competitive practices of the world’s big online tech platforms. The Digital Markets Act (DMA) aims to ban certain practices carried out by such platforms, which the EU contends are operating as “gatekeepers”. It also enables the European Commission (EC) to launch market investigations and sanction non-compliant behaviour. Margrethe Vestager, the EU’s competition commissioner, expects the rules to be officially enforced from October onwards.

“The agreement ushers in a new era of tech regulation worldwide. The Digital Markets Act puts an end to the ever-increasing dominance of Big Tech companies,” the rapporteur from the European Parliament’s Internal Market and Consumer Protection Committee (IMCO), Andreas Schwab, said after the negotiating process among EU lawmakers. “From now on, they must show that they also allow for fair competition on the internet. The new rules will help enforce that basic principle. Europe is thus ensuring more competition, more innovation and more choice for users.”

But exactly how does the DMA achieve this? From the outset, the legislation sets its sights on “core platform services”, such as social networks or search engines, that are most susceptible to unfair business practices. It also confines its objectives to the biggest players in the market—those with a minimum market capitalisation of €75 billion or an annual turnover of €7.5 billion. As far as being designated as “gatekeepers” is concerned, meanwhile, such companies must also provide certain services such as internet browsers, messenger services or social media, with the eligible platforms having at least 45 million monthly end-users in the EU as well as 10,000 annual business users.

The Act seeks to provide more clarity over the dos and don’ts concerning the business practices of Big Tech. For instance, the largest messaging services, including WhatsApp, Facebook Messenger and iMessage, will be required to open up and interoperate with smaller messaging platforms upon request. This would allow users of small or large platforms to exchange messages, send files or make video calls across messaging apps, thus providing them with more choices. And users will have more freedom in choosing their browsers, virtual assistants and search engines. “Big Tech is being forced to embrace interoperability, which will unleash a new era of innovation,” said Amandine Le Pape, chief operating officer of encrypted messaging app Element. “Consumers and businesses will have more choice, better features and improved privacy.”

Another pertinent requirement is for consumers to be given more options over software and service preferences for mobile operating systems such as Android and iOS. Specifically, consumers will have the right to uninstall such systems or any other pre-loaded software and be provided with more software choices when setting up a newly acquired device. Similarly, the DMA will prevent platform owners from mandating app developers to use certain services, such as payment systems or identity providers, for their apps to be listed in certain stores. The new law also covers personal data, so that targeted advertising will be allowed only with explicit consent given by the user to the gatekeeper, although the EU’s upcoming Digital Services Act is expected to focus on this aspect in more granular detail.

Should a gatekeeper fail to comply with these new rules, moreover, the EC can impose fines of up to 10 percent of the gatekeeper’s total worldwide turnover in the preceding financial year and 20 percent should the gatekeeper end up being a repeat violator. And should systematic infringements emerge, the Commission may ban them from acquiring other companies for a certain period. “What we have learned over these years is that we can correct in specific cases, we can punish illegal behaviour,” Vestager stated on March 25. “But when things become systemic, then we need regulation as well because, if there is a systemic misbehaviour, if there are entrenched positions, then we need regulation to come in…. For companies that play the role as gatekeepers, now the Digital Markets Act will set the rules of the game.”

In terms of enforceability, therefore, the DMA represents one of the biggest overhauls of the Big Tech operating landscape ever undertaken by lawmakers in any region of the world. It takes aim at the likes of Google, Amazon, Facebook/Meta, Apple, Microsoft and Alibaba, as well as smaller firms with large user bases, such as Booking.com. Such firms have often been criticised for operating “walled gardens” that restrict choice and flexibility for users; for example, Google pushes the adoption of its Chrome web browser as the default option when users set up new devices. The DMA will prevent Google from doing this, thus giving users more choice from the outset. “These rules are key to stimulating and unlocking digital markets, enhancing consumer choice, enabling better value sharing in the digital economy and boosting innovation. The European Union is the first to take such decisive action,” said Cédric O, the French minister of state responsible for digital.

Indeed, the DMA is set to have far-reaching implications, with Europe having established a decisive precedent for the rest of the world to follow in due course. “[The] DMA is here to stay and will be quickly mirrored in a number of countries. The flexibility that big tech had will be constrained, as the regulatory ‘straitjacket’ will get tighter globally,” Ioannis Kokkoris, competition law professor at Queen Mary University of London, told Reuters.

Will the US adopt a similar stance? Possibly. During the initial phases of the DMA’s design, Washington clearly expressed apprehension over the likelihood of the legislation disproportionately impacting US businesses. More recently, however, the US has warmed to Europe’s stance, showing greater support for the need to rein in some of the more anti-competitive practices of the tech giants. “We’re really showing these companies, but also showing the country, that enforcers are not going to back down because of these companies flexing some muscle or kind of trying to intimidate us,” the Federal Trade Commission’s (FTC’s) Lina Khan told CNBC’s Andrew Ross Sorkin and Kara Swisher, host of the New York Times’ “Sway” podcast, in January concerning attempts by Amazon and Facebook to have Khan recused from antitrust issues involving their respective businesses. “I think those are the types of lessons that we’re trying to learn looking back over the last decade.”

As for the gatekeepers themselves, the DMA has unsurprisingly raised considerable fear over legislative action that many are now describing as a major loss for the Big Tech powerhouses. Apple, for instance, believes some of the requirements will lead to unnecessary privacy and security vulnerabilities for users as well as prohibit the company from charging for intellectual property. “We believe deeply in competition and in creating thriving competitive markets around the world, and we will continue to work with stakeholders throughout Europe in the hopes of mitigating these vulnerabilities,” an Apple spokesman stated after the law was unveiled. Others, such as Google and Amazon, have yet to comment on the legislation, although Meta’s head of WhatsApp, Will Cathcart, stated on Twitter: “Interoperability can have benefits, but if it’s not done carefully, this could cause a tragic weakening of security and privacy in Europe” and that he hoped that the DMA would be “extremely thoughtful”.

Indeed, the Brussels-based campaign group, the Corporate Europe Observatory, has logged more than 150 meetings held between tech giants and EU officials since late 2019, involving 103 organisations. But given the final wording of the legislation, it would seem that this pressure campaign has largely been in vain, as tech firms must now abide by the DMA’s stringent requirements. “There is no stopping or derailing the new rules,” Thomas Vinje, a Brussels-based partner at law firm Clifford Chance, explained to the Financial Times. “Big Tech lost the legislative battle.”

But it would seem that the tech companies most affected by the new rules will be seeking to resolve some of the more ambiguous parts of the DMA sooner rather than later. “There are still several parts of the text that lack clarity, so we urge the European Commission to collaborate with industry players to help them clarify and apply them in a sensible way to ensure we get the best results,” said Cecilia Bonefeld-Dahl, director-general of the tech lobby DigitalEurope, which represents players such as Amazon, Apple, Facebook’s parent company Meta and Google. “Several of the new rules will require major technical and legal work, such as the interoperability requirements and data-sharing obligations.”

According to Bernd Meyring, a partner at law firm Linklaters, that clarity should be coming imminently. “Eyes will now turn to how the Commission implements what is a gargantuan new rule book for the digital sector, while gatekeepers and other market participants will need to start grappling with how the rules will be applied in practice,” Meyring told CNBC in late March. But even if things do become clearer, it is apparent that the DMA represents a major threat to the digital empires that have been built over the last 20 years or so, one that could reverberate all across the world. As such, smaller tech rivals and consumers could well be set to benefit greatly.

The EU Must Strengthen the Competitiveness of Its Financial Markets

Making the Change: How the Banking Sector Can Operationalise Net-Zero