Top Posts
Challenges Remain, But There Are Opportunities to Be Had in...
Interview with Mr. Olukayode Pitan, Chief Executive Officer and Managing...
Commodities Outlook for 2023
The Value of Cash in a Time of Crisis: How...
The US-Africa Leaders Summit: Fostering a Closer Relationship with the...
Three Key Sectors in Which to Invest in 2023
Home Slider Have the Huawei Bans Achieved the US’ Intended Goals?
Technology

Have the Huawei Bans Achieved the US’ Intended Goals? 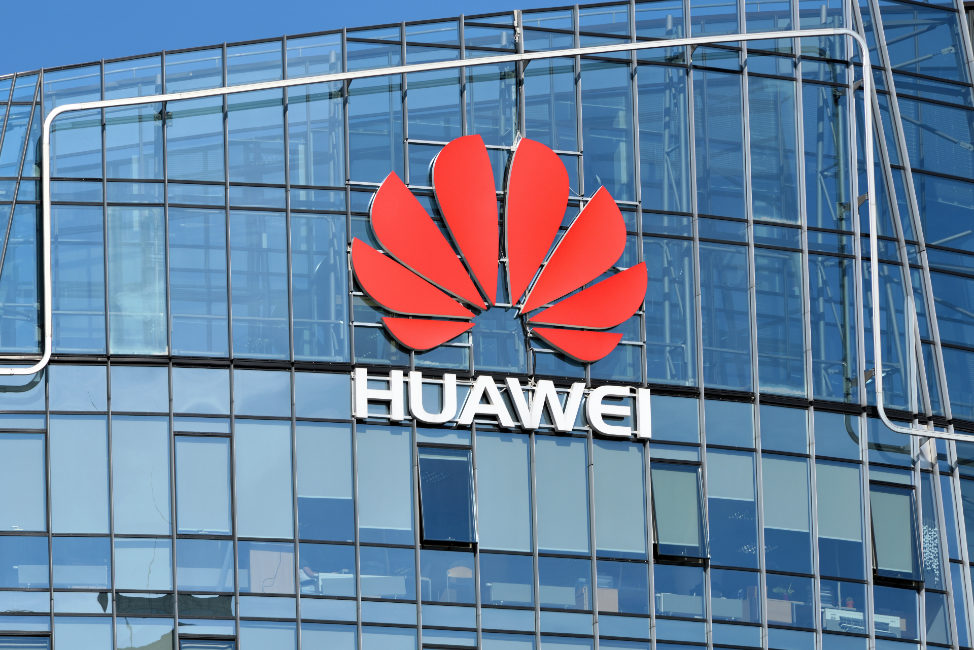 The last decade has seen the relationship between the United States and Huawei, a multinational technology corporation based in Shenzhen, Guangdong, China, become ever more acrimonious. Ever since its attempts to acquire 3Com Corporation were rejected in 2008 by the Committee on Foreign Investment in the United States (CFIUS), American legislators have stepped up scrutiny of one of China’s premier communications-equipment manufacturers, along with fellow Chinese telecommunications company ZTE. The legislative moves have mainly sought to contain the use of Huawei’s telecom wireless-networking equipment, particularly those tied to its advanced 5G capabilities.

In 2012, the House Intelligence Committee published a report detailing the potential for both companies to threaten US national security, particularly due to their allegedly close relationships with Chinese authorities. “U.S. network providers and systems developers are strongly encouraged to seek other vendors for their projects,” the report concluded. “Based on available classified and unclassified information, Huawei and ZTE cannot be trusted to be free of foreign state influence and thus pose a security threat to the United States and to our systems.”

Seven years later, then-US President Donald Trump issued an executive order banning the use of telecommunications equipment from those foreign firms deemed a national-security risk, clearly referring to Chinese telecommunications firms such as Huawei, which was included in a list of targeted entities by the US Department of Commerce shortly afterward. The Secure and Trusted Communications Networks Act of 2019 was then signed into law by Trump in March 2020, having won unanimous support in US Congress. The legislation prevented the use of federal subsidies to purchase communications equipment from “untrusted suppliers” such as Huawei or ZTE and also launched a “rip and replace” programme to remove the existing equipment of both firms.

June 2020 saw the US’ Federal Communications Commission (FCC) designate both Huawei and ZTE as threats to national security. “With today’s Orders, and based on the overwhelming weight of evidence, the Bureau has designated Huawei and ZTE as national security risks to America’s communications networks—and to our 5G future,” said Federal Communications Commission spokesperson Ajit Pai on June 30. “Both companies have close ties to the Chinese Communist Party and China’s military apparatus, and both companies are broadly subject to Chinese law obligating them to cooperate with the country’s intelligence services.”

Almost 18 months later, just after China Telecom was banned from operating in the US, President Joe Biden signed into law the Secure Equipment Act in November 2021, which banned Huawei, ZTE and any other company considered a national-security threat from obtaining US licenses for network equipment. By then, the FCC had confirmed that it had approved more than 3,000 applications from Huawei since 2018 for its networking equipment to be used. “Once we have determined that Huawei or other gear poses an unacceptable national security risk, it makes no sense to allow that exact same equipment to be purchased and inserted into our communications networks as long as federal dollars are not involved,” FCC’s commissioner, Brendan Carr, said at the time. “The presence of these insecure devices in our networks is the threat, not the source of funding used to purchase them.”

The above are examples of just some of the many actions the US government has taken against Huawei et al. Of course, Huawei itself has repeatedly denied that it represents any kind of security threat. What’s more, this repeated legislative action has left Beijing far from amused, with high-ranking officials regularly questioning the veracity of US claims over its allegations of national-security risks posed by Huawei. They have also suggested that the measures taken are thinly veiled attacks on the competitive threat posed by Chinese firms. A Ministry of Foreign Affairs spokesperson, Zhao Lijian, for instance, said in January that the US has engaged in an “an abuse of state power” by using the excuse of security concerns to punish Chinese competitors. And in March, a Ministry of Commerce spokesperson, Gao Feng, warned the US to “stop its unreasonable suppression of Chinese companies and the wrong practice of politicizing economic and trade issues”.

Indeed, the US’ treatment of Huawei has instigated a significant diplomatic skirmish between the world’s superpowers and has reflected the recent deterioration in relations between the two. At the request of the US, Canadian officials arrested the company’s chief financial officer, Meng Wanzhou, in December of 2018 at the Vancouver International Airport on charges of bank fraud and wire fraud and conspiracy to commit bank fraud and wire fraud. “Meng’s admissions confirm the crux of the government’s allegations in the prosecution of this financial fraud—that Meng and her fellow Huawei employees engaged in a concerted effort to deceive global financial institutions, the US government and the public about Huawei’s activities in Iran,” acting US Attorney Nicole Boeckmann for the Eastern District of New York said after Wanzhou agreed to a deferred prosecution deal with the US Department of Justice (DoJ) in September 2021.

In exchange for Meng’s admission of partial wrongdoing in a fraud case, Chinese authorities released two Canadians they had imprisoned in 2018, shortly after Meng’s detainment. Indeed, the release of Michael Kovrig and Michael Spavor came just hours after the DoJ had reached an agreement with Meng, who is also the daughter of Huawei’s founder and chief executive, Ren Zhengfei. Meng was thus allowed to return to China after admitting wrongdoing.

Huawei itself has undoubtedly suffered as a result of all these punitive measures. Still ranked an impressive 96th on the latest Fortune Global 500, the company has nonetheless fallen more than 50 positions, having ranked a mighty 44th on last year’s list. Its 2021 revenues also declined sharply by 23.6 percent across the year to $98.7 billion; that said, profits did soar by 76 percent, thanks mainly to the disposal of its budget smartphone business.

The bans have also forced the telecom giant into diversifying its business lines; it has delved into cloud services, internet of things (IoT), smartphone-operation systems and, most successfully, enterprise business—in which it provides cloud services and hardware solutions to corporate clients—that accounted for 16.1 percent of its total 2021 revenue. It has also reportedly embarked on a hiring spree within its chipmaking unit, bringing on board dozens of highly trained engineers to help develop semiconductor-design software. And more recently, its efforts to bolster its handset business in the face of sanctions, as well as drastically lower its reliance on Google’s Android operating system, have seen Huawei on course to launch its own updated Harmony OS 3.0 imminently. The company hopes this new proprietary operating system will go a long way towards minimizing the impact of its US market fallout.

As for the US, serious questions persist today over the efficacy of its many bids to limit Chinese-made network infrastructure, with observers noting that most of the equipment the White House sought to “rip up” remains in place. Some estimates put the number of telecom providers still connecting mobile phone calls for their customers with Huawei and ZTE equipment at more than 100. And Chinese telecommunications equipment continues to be prevalent across Department of Defense facilities, the corporate jets of several of the biggest American companies and some of the most renowned US commercial airlines.

Bloomberg also noted in May that the directive to eliminate billions of dollars’ worth of Chinese tech from US telecom networks is now posing a major risk to public safety. Additional funding through federal aid is seemingly required to prevent having to cut telecom services to vast rural parts of the country, which, in turn, could potentially cut off emergency-services coverage. “While there’s no penalty for failing to meet the mandate, there is a pressing deadline: Because the Chinese manufacturers are ending their US-based service programs, networks that rely on their equipment are one lightning strike away from a crisis,” the article noted.

“It’s striking that it’s taking people so long to wake up to this reality,” Isaac Stone Fish, founder and chief executive officer of New York consulting firm Strategy Risks, which helps companies mitigate their exposures to China, told Bloomberg. “As US-China tensions continue to worsen, and growing numbers of people in the US national security establishment view China as an adversary and likely future combatant in a hot war, certain types of Chinese technology pose clear and present national security threats.”

And what implications do the bans have for the US’ advancement of 5G? Following Trump’s May 2019 executive order, Huawei told tech news site Android Authority, “Restricting Huawei from doing business in the US will not make the US more secure or stronger; instead, this will only serve to limit the US to inferior yet more expensive alternatives, leaving the US lagging behind in 5G deployment.” Fast forward to 2022, and it is clear that the US lags well behind China in the race to build up 5G technology.

In an op-ed for the Wall Street Journal in February, Eric Schmidt, the former Google CEO, and Graham Allison, a professor of government at Harvard University, acknowledged just how far behind the US currently lies. They noted that America’s average 5G mobile internet speed is roughly 75 megabits per second, which is described as “abysmal”, whereas China’s cities deliver average speeds of 300 megabits per second to 5G phones. “The U.S. also trails China in the global market for 5G-related services,” the authors added. “Although American sanctions have hurt Huawei, China’s national champion is still the global leader in supplying 5G infrastructure with 30 percent of the market, while no U.S. firms sell 5G infrastructure abroad. Strategically significant countries including Russia, Saudi Arabia, South Africa and Turkey have installed Huawei infrastructure and are already using it to deliver 5G services.”

From Risk to Opportunity: Navigating a Complex ESG Landscape to Future-Proof Your Business

You forgot to mention that Huawei was stopped from taking over Europe, India, Canada, Australia.. but guess that wouldn’t be in your interest to mention since you are…oh look, serving up Huawei talking points… but I’m very pleased using fixed 5G here in small town Tennessee, with the equipment provided by Ericcson. What’s your excuse?

If Huawei sells the best and most affordable equipment, what’s the problem in “taking over” Europe, Canada, India and Australia? It’s not like they are invading these continents/countries with military force. Speaking of military – how about “support our troops” in Iraq, Syria, Afghanistan, Cuba, etc.?