Top Posts
Challenges Remain, But There Are Opportunities to Be Had in...
Interview with Mr. Olukayode Pitan, Chief Executive Officer and Managing...
Commodities Outlook for 2023
The Value of Cash in a Time of Crisis: How...
The US-Africa Leaders Summit: Fostering a Closer Relationship with the...
Three Key Sectors in Which to Invest in 2023
Home Slider How Technology Is Disrupting the Global Remittance Industry
Technology 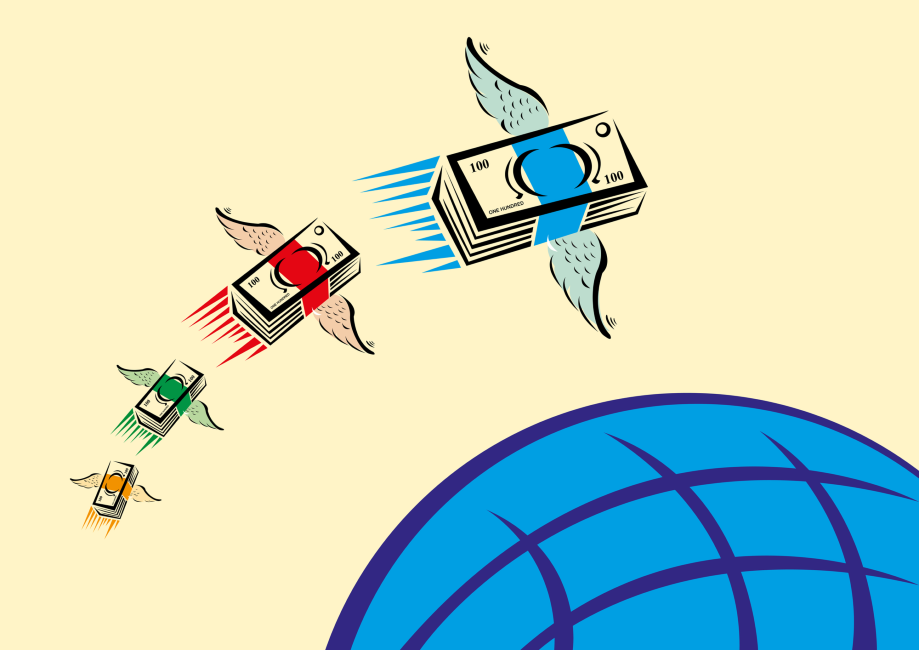 “Thanks, @remitly for joining us for the @Nasdaq Opening Bell! $RELY is transforming the lives of immigrants through financial peace of mind,” Nasdaq tweeted on September 23 to mark the start of Remitly trading on the US stock exchange. The mobile remittance startup is among an exciting new wave of companies seeking to leverage the latest technology to dramatically transform remittances, a space badly in need of disruption.

Remittance—the transfer of money made by someone working in one country to family and/or friends in another country—is a massive business worldwide. According to the World Bank, the officially recorded flow of remittances reached $702 billion in 2020, marginally less than the 2019 total of $719 billion due to the subdued business activity that resulted from the COVID-19 pandemic. Millions of people around the world, particularly in low- and middle-income countries (which accounted for a hefty $540 billion of the 2020 total), rely on remittances normally sent from higher-income countries, which they use to maintain or improve their standards of living. This business also represents the single biggest source of foreign-exchange activity in the developing world.

And, yet, for far too long, the process of receiving remittance money has been painfully slow, inconvenient and costly. The World Bank recently reported that the average international money transfer fee is still a sizeable 6.8 percent, with Sub-Saharan Africa being the most expensive region at 8.9 percent. It also takes two to three business days for the average remittance process to complete. The traditional market for remittances is “dominated by banks, operators of brick-and-mortar locations, and informal channels” that use distinctly antiquated methods that lead to “a poor customer experience and additional operating costs that are passed down to the customer,” Remitly recently argued in its investor prospectus, adding that the technology traditionally used in this space neither scales particularly well nor serves “cultural and local market requirements of the diverse immigrant communities”.

But thanks to digitalisation, the remittance landscape is undergoing a dramatic overhaul. According to an industry research report by Facts & Factors (FnF) published in April, the global digital remittance market is estimated to grow from $14.5 billion in 2019 to $35.8 billion by 2026 at a compound annual growth rate (CAGR) of 13.8 percent during the period. “Digital remittance, or the electronic transfer of funds from foreign workers to their home countries, is a strong economic growth engine. Improving this money transfer channel’s capabilities and scope has a huge effect on people’s lives and represents a significant business opportunity,” the report noted, whilst also acknowledging that many remittance firms have had to learn how to work in a digital-first environment as the pandemic has slowed cross-border money flows. “They must keep costs under control in order to deliver lower fees to their customers while still remaining profitable. They must also ensure that they fulfil their legal responsibilities and prepare themselves for long-term success.”

With such concerns in mind, Remitly’s mobile technology has been developed to allow people working in high-income countries, such as the United States and the United Kingdom, to help their families back home in countries including India, the Philippines and El Salvador without having to deal with the usual roadblocks that have long hindered the cross-border money-transfer process, including agents, forms and codes. Its mobile app makes the process of sending money a significantly more convenient, transparent and inexpensive process for immigrant communities. The company has raised $301 million and is valued at $6.9 billion.

Revolut is another name amongst this innovative crop of remittance firms. The UK fintech (financial technology) company was recently valued at a whopping $33 billion, providing a range of services, including digital banking, payments, cryptocurrency and stock trading, travel insurance and bill splitting. But it’s the company’s recent expansion into the Americas that suggests it seeks to establish a major presence in the remittance market. In particular, it has acknowledged its intentions to create a payment corridor between the US and Mexico to facilitate the easy movement of money between the two countries. Revolut USA’s chief executive officer, Ron Oliveira, recently stated that “sending peer-to-peer payments cross-border should be simple” and that Revolut is committed to offering customers simple money transfers no matter where in the world they may be. “The launch of this remittance corridor is a major milestone for Revolut—one that we’re confident will improve the financial lives of customers in the US and in Mexico.”

Given the “cross” nature of remittances, it is not surprising that many of the most exciting developments involve crossing into the world of blockchain and cryptocurrencies. For instance, it was reported in early October that Qatar National Bank (QNB) had launched a remittance service in collaboration with Ripple, one of the biggest cryptocurrency projects. According to the Gulf Times, the bank aims to enhance its cross-border payment capabilities and expand its remittance services across more countries using RippleNet, Ripple’s global financial-network technology.

“QNB always innovate[s] to provide the best of service to its customers, and this partnership is yet another Fintech initiative of the bank to enhance the product offerings for our customers,” QNB Group’s retail banking general manager, Heba al-Tamimi, was quoted as saying. Ripple’s South Asia & MENA managing director, Navin Gupta, explained, “We are excited to be a strategic partner with QNB, bringing together innovations in banking and Fintech to enhance the cross-border payments experience, and ultimately scale QNB’s remittance service on RippleNet into additional markets.”

Indeed, RippleNet now comprises a broad network of financial institutions using Ripple’s distributed ledger technology to enable cross-border payments more efficiently, cost-effectively and rapidly than existing technology, such as SWIFT. In January, for instance, it was announced that RippleNet would connect Malaysian mobile finance firm Mobile Money with Bangladeshi mobile financial-services provider bKash, which has a whopping 45 million customers to its name.

Another notable name within the remittance space is Valora, the mobile peer-to-peer payments and remittance app built on the blockchain project Celo, which is focused on increasing cryptocurrency adoption among smartphone users. According to data provided by the company, Valora already has 53,000 monthly active users in more than 100 countries and recently raised $20 million in a Series A led by Andreessen Horowitz (a16z), which is also one of the major backers of Celo.

In June 2020, the microfinance institution Grameen Foundation, with a mission to empower the world’s poor, launched a project to help women micro-entrepreneurs provide for their families with an emergency-cash relief program. Grameen provided 3,500 women in the Philippines with digital access to grocery and medical packages as well as vouchers for their household requirements, with those who successfully downloaded Valora receiving the full peso equivalent of Celo’s stablecoin, the cUSD (Celo Dollar), from Grameen directly into their digital Valora wallets. “Valora offered a safe and easy platform to receive and use the aid,” noted Celo in a blog post. “Through our interviews, many of our women entrepreneurs showed interest in using Valora as their digital wallet of choice. They wish to send small amounts to their family members or friends, or even use Valora in their own businesses.”

Digital-asset technology may also soon feature heavily in Singapore’s remittance plans, with Sopnendu Mohanty, chief fintech officer of the Monetary Authority of Singapore (MAS), recently confirming that a digital currency was the answer to lowering remittance costs between Singapore and Thailand. The city-state has been leading Project Dunbar, which, along with the MAS, has brought together the Reserve Bank of Australia (RBA), Bank Negara Malaysia (BNM) and South African Reserve Bank (SARB) with the Bank for International Settlements (BIS) Innovation Hub to test the use of central bank digital currencies (CBDCs) for international settlements.

“And it’s been progressing quite well. And all the learnings we had by different central bank[s] on the bilateral corridor will be absorbed in that program. So, that’s one part,” Mohanty recently told cryptocurrency analyst Raoul Pal. “Well, the question remains that when we’re going to see this actually getting into production implementation? My best guess is it will be still a bilateral implementation. Whenever we are ready to go with this.”