Top Posts
Challenges Remain, But There Are Opportunities to Be Had in...
Interview with Mr. Olukayode Pitan, Chief Executive Officer and Managing...
Commodities Outlook for 2023
The Value of Cash in a Time of Crisis: How...
The US-Africa Leaders Summit: Fostering a Closer Relationship with the...
Three Key Sectors in Which to Invest in 2023
Home Slider Low-Code and No-Code: Solutions that Are Solving Key Tech Challenges for Businesses
Technology

Low-Code and No-Code: Solutions that Are Solving Key Tech Challenges for Businesses 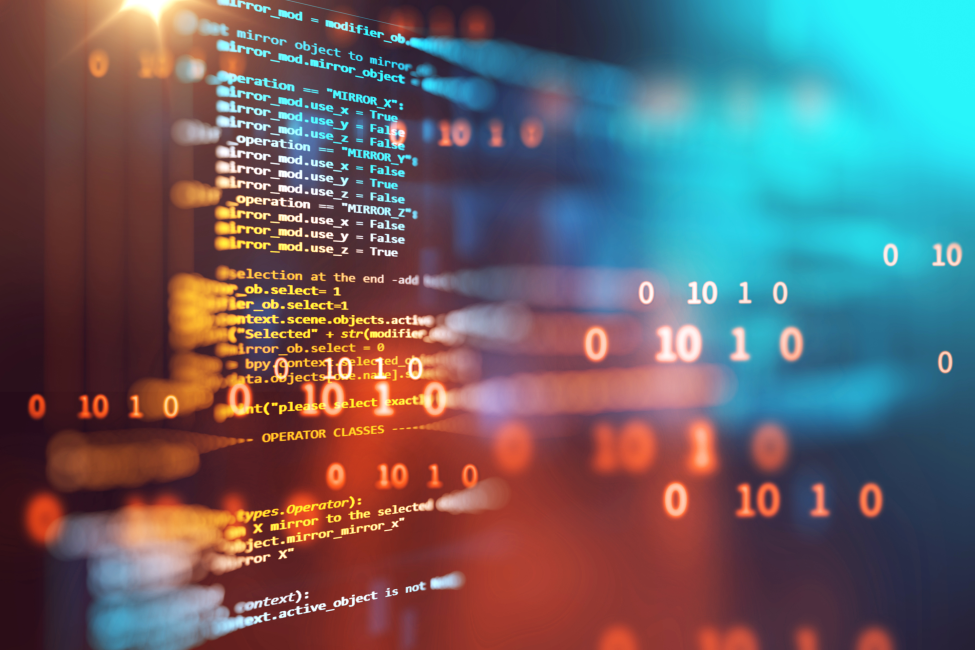 To the untrained eye, the world of tech—and tech development in particular—resembles a labyrinth. Getting a handle on the sheer number of innovations that are being rolled out can be an intimidating experience for those who lack sufficient tech expertise—and even for those who have it in some instances. Businesses are frequently presented with the distinct challenges of deciding on the optimal solutions to implement and those to ignore in their pursuits of modernising—or simply not falling behind their peers. Indeed, “keeping up with the Joneses” has never felt more arduous.

And, of course, the coronavirus pandemic has only further accelerated the requirement for businesses to boost their digital capacities, as employee and consumer behaviours have drastically changed and the world population has shifted comprehensively online to have many of its most pressing needs met. What’s more, hiring the appropriate personnel to implement often-sophisticated tech solutions can be a mesmerising challenge; just handing such tasks off to “the office tech guy” is no longer sufficient. An implementation might require one or several fully qualified data scientists, skilled developers or even specialist machine-learning engineers.

But absent such expertise, low-code and no-code platforms are emerging rapidly as solutions designed to assist those without the requisite tech credentials. These platforms provide opportunities for virtually anyone with little-to-no underlying code experience to create applications, thus enabling a wider pool of personnel to build desired business solutions. A low-code development platform allows business and mobile apps to be created by those without extensive coding skills, typically using a “drag-and-drop” user interface with pre-loaded templates that replace the need to write reams of code. No-code development platforms take this concept further by allowing apps to be created without having to write a single line of code and, as such, are open to anyone and everyone, irrespective of their coding skills. In both cases, however, the aim is to expedite the app-development process, and, in many cases, this acceleration can prove substantial.

Businesses can thus address a number of development challenges internally using low-code and no-code platforms, reducing the need to outsource and hire costly skills from outside the organisation. Perhaps web design is the most obvious example in this context. Hiring a developer to design a business’s website can require substantial outlays in terms of both time and money, whereas building a website using a low-code or no-code tool that already has web templates and designs set up for the customer to browse through may end up taking only a few days, while the cost will invariably be much lower.

On the flip side, low-code and no-code solutions can help solve the growing skills shortages experienced by the tech industry, with app and platform development having become commonplace across the world and thus in hot demand. The low-code software-platform company Mendix released its “The State of Low-Code 2021: A Look Back, The Light Ahead” research report in August and found that the global pandemic dramatically accelerated the interest in and use of enterprise low-code, which was already popular prior to the outbreak. As such, organisations across industries are increasingly finding that business-as-usual software development cannot meet growing demand.

Based on a survey of 2,025 IT (information technology) professionals comprising 1,209 IT leaders (decision-makers) and 816 software developers (developer audience) across six countries—the United States, China, the United Kingdom, Germany, Belgium and the Netherlands—between May 10 and June 21, 2021, the findings are rather telling: 57 percent of IT professionals surveyed said the number of staff needed for software development was increasing; 76 percent stated the demand for developers had reached a fever pitch; 61 percent believed the cost of software development was rising; two-thirds of software projects were being delivered behind schedule; and despite working tirelessly, the backlog was increasing at 62 percent of organizations.

“These pressures have led to enthusiasm among IT professionals for new solutions and different ways of working. IT departments are embracing opportunities to break software development out of the IT box: 64 percent of organizations have relied on non-technical staff to relieve pressure on the IT department during COVID-19,” the report noted. “Low-code is central to this effort. Low-code is already used in some way in 77 percent of organizations, and 64 percent of IT professionals agree that low-code is their go-to work-around development solution. As many as 59 percent of projects using low-code are a collaboration between IT and business groups, and a quarter (25 percent) report fewer instances of shadow IT than before.” Indeed, the report found that 77 percent of enterprises in the six countries have already adopted low-code, and 75 percent of IT leaders said it was a trend they couldn’t afford to miss.

Among the clear leaders in the low-code space is Microsoft with its Power Apps platform, which is proving hugely important to businesses as diverse as Ernst & Young (EY), Walgreens and Toyota that use the platform to automate processes, modernize legacy apps and solve business problems at scale. “From an innovation standpoint, we can use Power Apps to spec and build a solution and continuously improve it, rather than waiting for someone else to do the work,” according to Christopher Hitt, assistant manager of field technical operations at Toyota Motor North America (TMNA).

“Over the past year, Microsoft has doubled down on its efforts and investments to be the world’s most comprehensive low-code application development platform,” the Richmond, Virginia-based tech giant acknowledged in September. “Ninety-two percent of the Fortune 500 organizations are using Power Apps each month to rapidly adapt and provide their customers, partners, and employees with streamlined first-class digital experiences on a secure, governable, and scalable platform.”

Among the most enthusiastic customers for low-code and no-code is the financial-services industry, with finance professionals themselves now able to become involved in developing solutions rather than having to hire additional employees and simply observe from the periphery. “There are myriad ways that finance firms can implement low code/no code to solve issues and needs,” Val Steed, director of accountants at business-application maker Zoho Corporation, wrote in March 2021 for CPA Practice Advisor, a technology and practice-management resource for accounting and tax professionals. “This can range from building internal tools such [as] a custom project management system to client portals or even customized tax calculators. Additionally, when working with clients, it’s important that your application is usable on different types of devices. By using low code platforms, you’re able to deploy across everything from mobile devices, desktop and cloud.”

As an example, Academy Bank, a US lender that is part of a family of banks with more than $3 billion in assets, used Salesforce’s low-code solutions to develop a tracking app to help the bank process Paycheck Protection Program (PPP) loan applications. “Trust and transparency with customers are paramount to Academy Bank, but their original application process was manual, and not all customer-facing associates had visibility into the status of a customer’s PPP loan process,” noted Salesforce. The app’s entire development process took just five hours. According to Jeff Berger, Academy Bank’s Salesforce administrator and co-leader of the Kansas City Salesforce User Group, speed and visibility were the most critical elements that made this PPP loan-application tracking app successful. “It was essential that we build a system that could move our clients through the application process as quickly as possible since there was a limited pool of available funds. And because of the time-sensitive nature of PPP, it was imperative that no client applications fell through the cracks,” Berger explained.

Gartner recently predicted that by 2025, 70 percent of new applications developed by organisations would use low-code or no-code technologies, considerably higher than the sub-25 percent recorded in 2020, while the tech-consulting firm also predicted early in the year that 2021 would experience 22.6-percent growth in the low-code-development technologies market to reach $13.8 billion in total. “While low-code application development is not new, a confluence of digital disruptions, hyper-automation and the rise of composable business has led to an influx of tools and rising demand,” said Fabrizio Biscotti, research vice president at Gartner. And according to Milind Govekar, fellow Gartner vice president, the technological and organizational silos of application development, automation, integration and governance will become obsolete. “This will drive the rise of low-code application platforms (LCAPs) and citizen development.”