Top Posts
How Technology Is Helping to Solve Global Supply-Chain Issues
UK Inflation Climbs to Fresh 40-Year High
Extended Reality and the Metaverse Are Leading Financial Services into...
Digital Currency: India’s Move Towards a Digital Financial System
Algarve Snapshot: The Growth of Overseas Buyers
Will London Have to Send More Banking Jobs to the...
Home Slider Machines in Finance—When Did You Last Talk to Your Mother?
Technology

Machines in Finance—When Did You Last Talk to Your Mother? 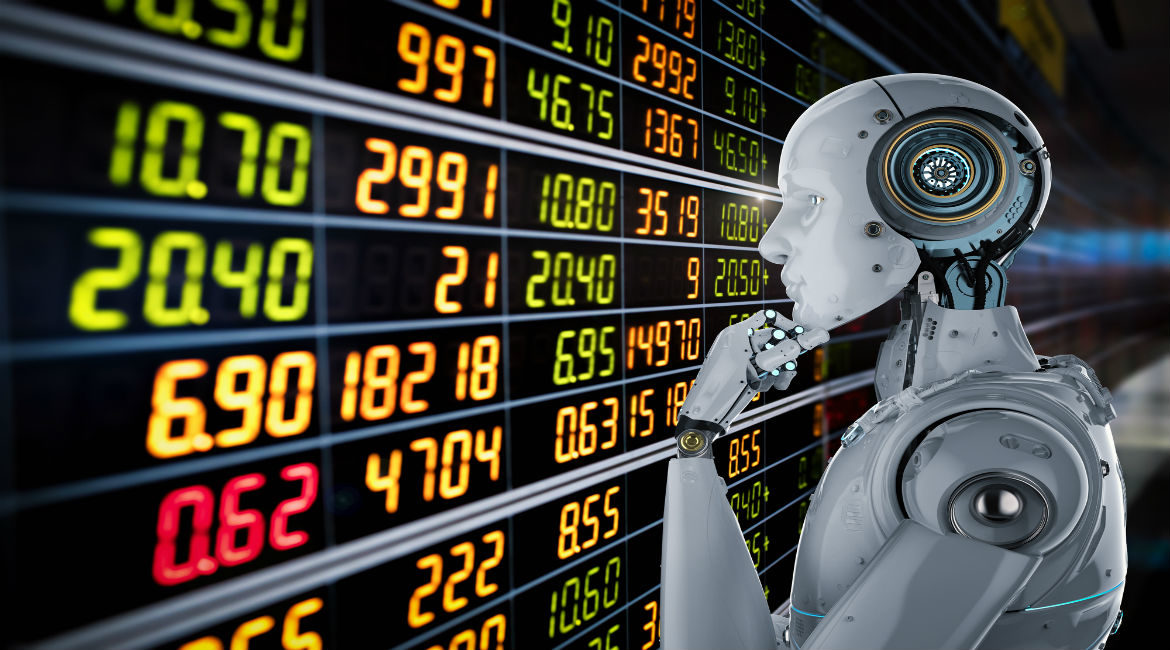 In the spring of 2009, Meijer received a warning letter from Menkveld. The letter contained an article from the New York Village Voice describing the disasters the world was about to experience because of the creation of CDOs (collateralized debt obligations). “It’s time to run,” warned Menkveld. The article talked about financial products that could only exist because desktop computers had become fast enough to value them.

Friends since studying econometrics at Erasmus University Rotterdam, Meijer and Menkveld embarked on different careers. At the time of the letter, Menkveld was working on his academic research agenda as visiting scholar at NYU (New York University). Meanwhile, Meijer had established a career trading and structuring CDOs at J.P. Morgan in London and New York.

Sentiment aside, what can the banking community learn from that period during which computing power looked to outpace common sense? The authors combine Menkveld’s academic work on securities markets and Meijer’s banking experience for this article. They explore the impact on trading, financial inclusion and finally society when computers take over decision-making and humans are too slow to stay in control of the process.

As a scholar, Menkveld studied securities markets since the early 2000s. He has contributed to a body of literature that provides an economic assessment of the gradual change from human-intermediated markets to machine-intermediated markets. Floor markets were replaced by computers matching buy and sell orders. Market-makers quickly typing bid and ask quotes into their systems could not keep up with the quote engines operated by high-frequency traders (HFTs). The cacophony of a floor working orders changed to the sound of machines interacting: the steady buzz of CPUs (central processing units).

Electronic markets seem to perform well. Most of the time. The 2010 Flash Crash served as a wake-up call. The E-mini dropped several percentage points in the span of just a few minutes. A speed bump (i.e., circuit breaker) had to stop HFTs that exchanged E-minis as if they were hot potatoes. Humans could only watch and experience the pumped-up adrenaline. The market recovered in about a half hour, apparently the time humans needed to figure out that Armageddon was not happening. They reset their machines accordingly.

Machines at the gates of consumer finance

Conclusions may be drawn and acted upon in a nanosecond in HFT markets. They perhaps take somewhat longer in more old-fashioned areas of finance. The same trends apply, though. With the introduction of PSD2 (Payment Services Directive 2), the European Union and the United Kingdom encourage banking competition by allowing competitors to access personal data following the approval of the client. Banks have traditionally been sitting on a goldmine of data, without using it (to its full extent).

New entrants can and will provide more attractive banking terms in exchange for this highly valuable information. A buyer of non-performing credit-card portfolios found that a good family relationship is a solid indicator of willingness to pay—“Did you call your mother recently?” A consumer-finance company discovered that it could predict losses on their portfolio based on social-media data as accurately as they could on traditional portfolio information. It is well known that if somebody starts regularly booking the Travelodge Hotel within a 10-mile radius of home, this person is having an affair—hold off on the new mortgage!

As providers of financial products are increasingly using the data that is available, counter-“intersurgence” is stepping up. Companies such as Nudge Global help corporate employees to improve their financial wellbeing. They inform them that providing the exact date of somebody’s house purchase instead of “sometime in 2005” saves on the final mortgage rate. This is because mortgage companies check information that is verifiable against the data provided to predict how accurate the other answers might be. It will not be long before online platforms will fill in the forms, based on all available data, in exchange for a cut of the savings. There is a risk, though, that just as the stock markets might miss the sound judgment of a trader with a good night’s sleep, financial customers could be at risk by being forced to fit into a data pool and being judged without a speed bump.

The risks are high. Booking the nearby Travelodge might be a good idea for the corporate break-out sessions but now, inadvertently, leads to the refusal of a mortgage; perhaps even leading to the predicted divorce in a cynical case of self-fulfilling bias.

The World Economic Forum recently published a set of metrics to assess and stimulate financial inclusion. These metrics are helpful, but financial access in itself could be mute if robo-analytics mechanically exclude people who fall just outside the relevant risk bucket. If done correctly, though, the benefits could be high: Machines are clinically focused on the facts and therefore not subject to the behavioural biases that humans are prone to, unless explicitly told to be. For example, a male car-insurance officer might withhold an offer to a female client despite his spreadsheet predicting solid performance.

Machines outside of finance

The risks of robo-analysis are not limited to the financial world. The recent Cambridge Analytica disclosures highlighted that traditional speed bumps in the analysis of world news—where attentive journalists are replaced by the direct access of social media—are bypassed. This can influence the outcome of major political events and appears to have done so.

The impact can be even more direct. China’s new social credit system awards or restricts its citizens’ access to goods such as schooling, travel and information based on past behaviour. Potentially, a speeding ticket on the road could block Internet access. Decisions are made by algorithms, providing an advantage to those with the greatest insight into the code and leaving the rest to the side. Proponents of the system prefer the objective nature of the social credit score to the costly and potentially biased bureaucracy.

When data analytics drive decisions without filters, it requires money, education and control of your own data to escape the Truman Show of past behaviour. This should be a basic right, not a sad conclusion of a study 20 years from now.

The Future of Global Banking for Consumers

Rathbone Square: All in One in the Heart of London