Top Posts
Is It Time to Explore an Alternative to Fractional-Reserve Banking?
Can AgTech Prove Instrumental in Helping to Feed the World’s...
Can the Indo-Pacific Economic Framework Expand US Economic Influence in...
Banks Remain Uniquely Vulnerable to Sophisticated Cyber-Attacks
Western Banks Willing to Accept the Short-Term Pain of Russian...
Why the US Is Ramping Up Its Presence in Somalia...
Home Technology How Massive is Transaction Laundering? Now We Know…
Technology

How Massive is Transaction Laundering? Now We Know… 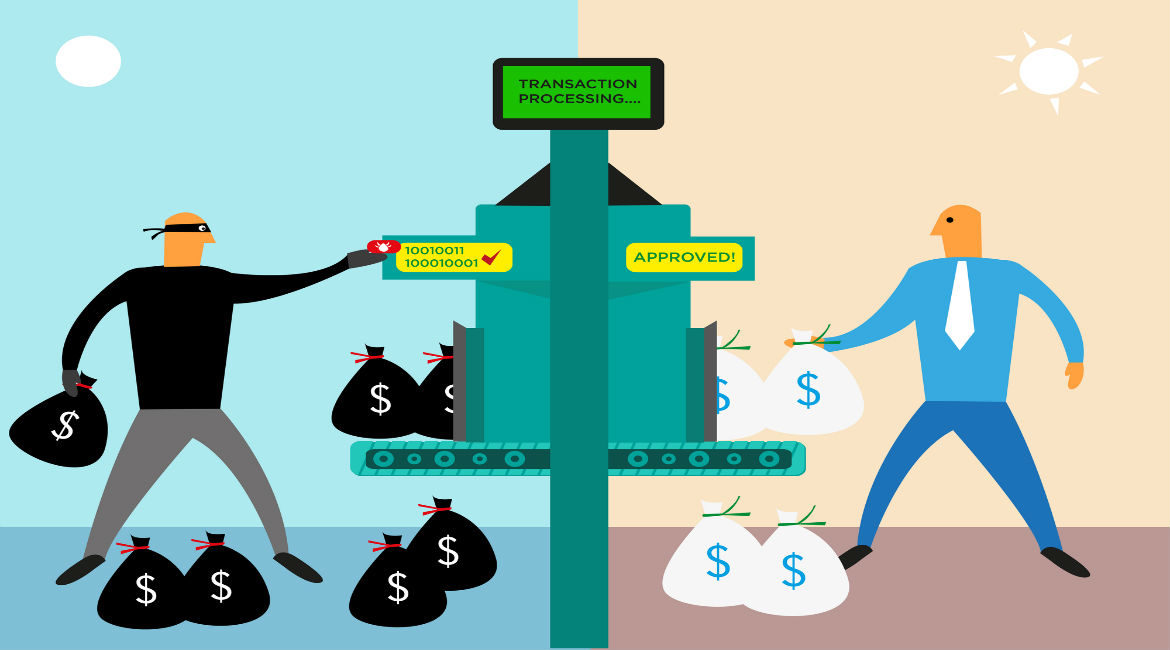 By Ron Teicher, CEO of EverCompliant

Governments around the world have joined the battle against money laundering – passing laws that put an end to anonymous banking services and under-the-table money transfers and payments that enable crime and finance terror. It’s been on the agenda of governments for years. So how did they miss one of the biggest aspects of the problem? It is estimated that Transaction Laundering for online sales of products and services topped $159 billion in 2016 in the US alone. Of this, some $4.6 billion involved illegal goods, which were sold online by an estimated 100,400 unregistered merchants.

This laundering comes in the form of online transactions, which are used to fund criminal activities – where crooks use the banking and payments systems to enable customers to pay for illicit goods and services, in the guise of a legitimate transaction. The scam is called transaction laundering, and it works like this: A criminal sets up an illegal site where shoppers can order the drugs or other illicit goods they seek. Many times, the shoppers do not even know they are committing an offense – the counterfeit goods may just appear to be a great sale! When it comes time to pay, they submit their credit card credentials, like they would do in any legitimate purchase. However, the payment will not be processed by the drug site, but rather by a legitimate-looking site that pretends to sell perfectly legitimate products – say, books (bookseller sites were the number one business model used by transaction launderers in 2016), operated by the crook for the purpose of gaining access to card processing utilities. The credit card is charged, and the seller collects his/her payment via the legit site. Thus, a customer who buys Angel Dust will be charged for a copy of War and Peace – and that’s how the payment will show up on the credit card statement issued by their bank.

Let’s be clear – we’re talking about $159 billion of sales volume over which Merchant Service Providers (MSPs) have no control. These are unregistered transactions from hundreds of thousands of merchants transacting through MSPs’ payment networks occurring without their consent or knowledge. And despite all this – MSPs continue to facilitate and process these transactions.

Because of the breadth of the credit market – Americans made 103.3 billion card transactions (credit and debit) in 2015, with a value of $5.72 trillion – finding the suspect transactions is like looking for a needle in a haystack, made even more complicated, if not impossible, by the fact that these transactions look and feel legitimate. Without an in-depth investigation (or a tip), there is almost no way a regulatory official, bank inspector, or law enforcement agent could look at a bookstore and determine that it was indeed selling drugs.

Now what? According to our estimates, the problem has been growing by leaps and bounds; it may not be long before transaction laundering figures amount to tens, if not hundreds of billions of dollars. But if banks can’t trust the sites they work with – and they have to answer to regulators and law enforcement for facilitating or being a party to illegal behavior – the whole notion of e-commerce could be at risk.  In fact, it’s already beginning to happen; statistics show that for every 10,000 merchants registered with a MSP, some 600 to 1,000 hidden entities are transacting through MSPs payment networks without their consent or knowledge – and the problem is only growing.

So where do we go with this? As the volume of Internet commerce grows, so does transaction laundering. Emerging payment models and transaction processing technologies, while doing a lot of good things, have enabled a massive growth in online shopping and a subsequent increase in fraud – and compliance has not kept pace thus far. For regulators, it’s likely to be seen as another form of money laundering, which will result in increasing pressure on the payments industry to establish regulations fast.

In addition, MSP’s deemed too small or not within the scope of the financial services world to be tightly regulated by AML regulators, should start being audited. Even banks that know all too well what an AML audit is like, will need to start focusing on their merchants’ services, and the transactional banking group serving it. The same scrutiny applied today in commercial and investment banking must be applied to the payments industry.

To protect themselves, it’s clear that MSPs and banks, along with the regulators, law enforcement, and others charged with keeping financial and legal order, are going to need to look at ways of detecting these transaction laundering occurrences before criminals take their next step. With so many transactions over a vast number of payment systems, MSPs simply lack the right tools to sufficiently vet each merchant and each payment. As long as transaction laundering goes unchecked, these unlawful activities will continue to prosper and grow, much to the detriment of the MSP financial ecosystem, as well as to society.

What’s Really Behind Beijing’s Crackdown on Its Tech...