Top Posts
Eurozone Inflation Soars to a Record 8.6 Percent in June
Why Fintech Has a Role to Play in the Cost-of-Living...
Global Military Spending Hits a Record High
Could Big Tech’s Iron Grip on Digital Advertising Soon Come...
Can Recent Oil Discoveries Prove to be a Boon for...
Is It Time to Explore an Alternative to Fractional-Reserve Banking?
Home Slider Robotic Process Automation Is a Team Sport, but Executives Are Taking the Lead
Technology 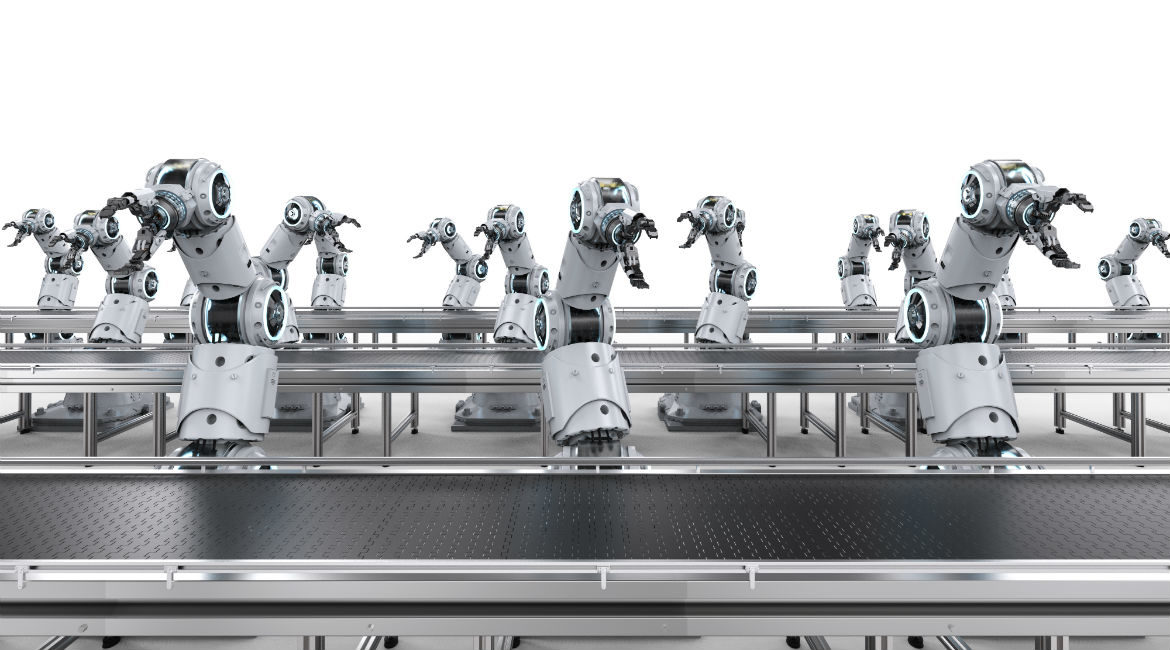 In the banking and financial-services sector, robotic process automation (RPA) is the answer to many prayers at a time of increased global competitiveness. Boardrooms across industries have grasped that RPA transforms the efficiency of routine processes, making them faster and more accurate, while vastly reducing costs and greatly improving compliance.

If, for example, a South Africa-based insurer can reduce the cost-per-transaction of handling millions of emails by 91 percent by replacing manual processes with RPA-software robots, then what is not to like about the technology?

Automation is gaining so much traction that it has become a fixed agenda item in annual reports and monthly board meetings. Research from professional-services consultancy Deloitte confirms this. In its 2018 report The Robots Are Waiting, Deloitte found that of the 530 senior individuals surveyed, 72 percent were either supportive or highly supportive of RPA implementation. Among “functional leadership”, such as chief financial officers (CFOs), support climbed to 81 percent.

Yet similar levels of enthusiasm were to be found among only 57 percent of IT (information technology) decision-makers, even if the figure is a substantial increase over 2017. IT departments have often been unenthusiastic about RPA, fearing its impact on their systems, working practices and budgets. They have tended to overlook the fact that RPA is an agnostic technology that integrates with almost any system, and that it therefore poses no threat to their plans.

RPA is breaking out, and its benefits are more widely understood.

In spite of these reservations, RPA is making the big breakthrough. Gartner is predicting that spending on RPA this year will reach $680 million globally, with banks among the biggest users. In every sector, the technology is being driven much harder at board level as CFOs grasp the cost-reduction benefits available and their chief executive officers (CEOs) understand the crucial role of the technology in stimulating true digital transformation.

Boards recognise that software robots do the work that most employees hate—the routine, repetitive and tedious tasks that take up time and can drain the creative juice from an organisation.

The evidence to convince senior decision-makers is now abundant—especially where large organisations have a multiplicity of processes. At the Department for Work and Pensions in the United Kingdom, for example, a backlog of 30,000 claims was resolved through RPA by 12 robots in two weeks. The department went from concept to deployment in three months and can now deploy a new robot in three minutes. The return on investment (ROI) is 15-to-one, which is enough to catch the eye of any CFO.

Senior executives now understand how RPA can deliver major efficiency gains. They increasingly see that automation must address both front and back offices, deploying attended robots (when robots are supervised by humans) and unattended robots as appropriate. Similarly, they see how RPA will eliminate bottlenecks and enable an organisation to cope with surges in demand. And as their understanding has grown, boards can see just how quickly gains can be realised from RPA implementation compared with other IT projects.

This shift in C-level outlook is as significant as when the cloud was first adopted. After a period of caution, boards rapidly understood the cost and efficiency advantages and started pushing their IT departments to move to cloud-based working.

Business leaders need collaboration from across the enterprise.

Fully exploiting the potential of RPA, however, requires a change in mindset at all levels—not just at the top. That means obtaining wider buy-in. Everyone within an organisation must be fully prepared to identify ineffective processes and eliminate them. Processes that are similar must be standardised, because in most organisations, especially in the financial sector, there are few requirements that actually demand separate processes when submitted to close scrutiny. Businesses must look at optimising their current IT to maximise its capabilities, while limiting time-wasting customisation. The automation that follows must employ the best tools and technologies available. It is obvious that while they may be at the head of such projects, senior staff cannot oversee every detail.

At Royal Mail in the United Kingdom, for example, senior executives took the lead on RPA within their organisation—which, like many banks, has an accumulation of legacy technology. But it was obvious that they had to work in collaboration with their IT leaders. Once the IT department had been won over by the evidence and was fully onboard, the benefits rolled in. Personnel from the technology team became members of a multi-disciplined RPA centre of excellence that reported to the finance department. RPA became instrumental in the wider goal of simplifying end-to-end processes such as source-to-pay or order-to-cash. For each piece of automation, there was a clear vision of the desired benefits. The final result is that automation is now definitely woven into the organisation’s wider technology roadmap.

IT must participate to make a success of RPA.

The fact remains that although boards can take the lead and provide the stimulus for implementation, RPA is still fundamentally a team sport that requires IT participation. Organisations in which RPA is led by the business side need to get IT onside, because implementation will be faster and more effective. Automation is about the interface between humans and robots, and it involves deploying digital workers, not simply installing some new software.

RPA must be implemented as a fully thought-through strategy that is clear about delivering the full benefits of automation. Enterprises need to lay out their visions and set their goals. A culture of learning and innovation and a firm commitment to removing unnecessary processes needs to take root. Business and IT alike need to see the same big picture rather than opting for small, piecemeal automation projects. Then the organisation can contemplate introducing cognitive capabilities to tackle more advanced tasks through the conjunction of artificial intelligence (AI) with robotic process automation.

The growing involvement of senior business leaders in RPA implementation is certain to have a very significant effect on all industries, but especially sectors such as banking, in which a vast array of routine processes takes up precious time and resources. The push by board members for automation is built on a greater understanding of the technology and the immense efficiency benefits it delivers. But the most effective way that they can achieve their business aims is through collaboration with IT.

How to Improve the Functioning of International Financial Standards