Top Posts
Why the Status of the Fifth-Largest Economy Is a Job...
Syrian Economic Outlook Dims as Internal Conflict, Resource Theft and...
Unwinding the Unconventional Monetary Policy in Japan
Three Significant Payment Trends in 2022
Recessions Hurt: Does the Data Show That the World’s Major...
Every Organisation Should Be Aware of Invoice Scams
Home Technology Smart Investments Key to Success in the Internet of Things
Technology

Smart Investments Key to Success in the Internet of Things 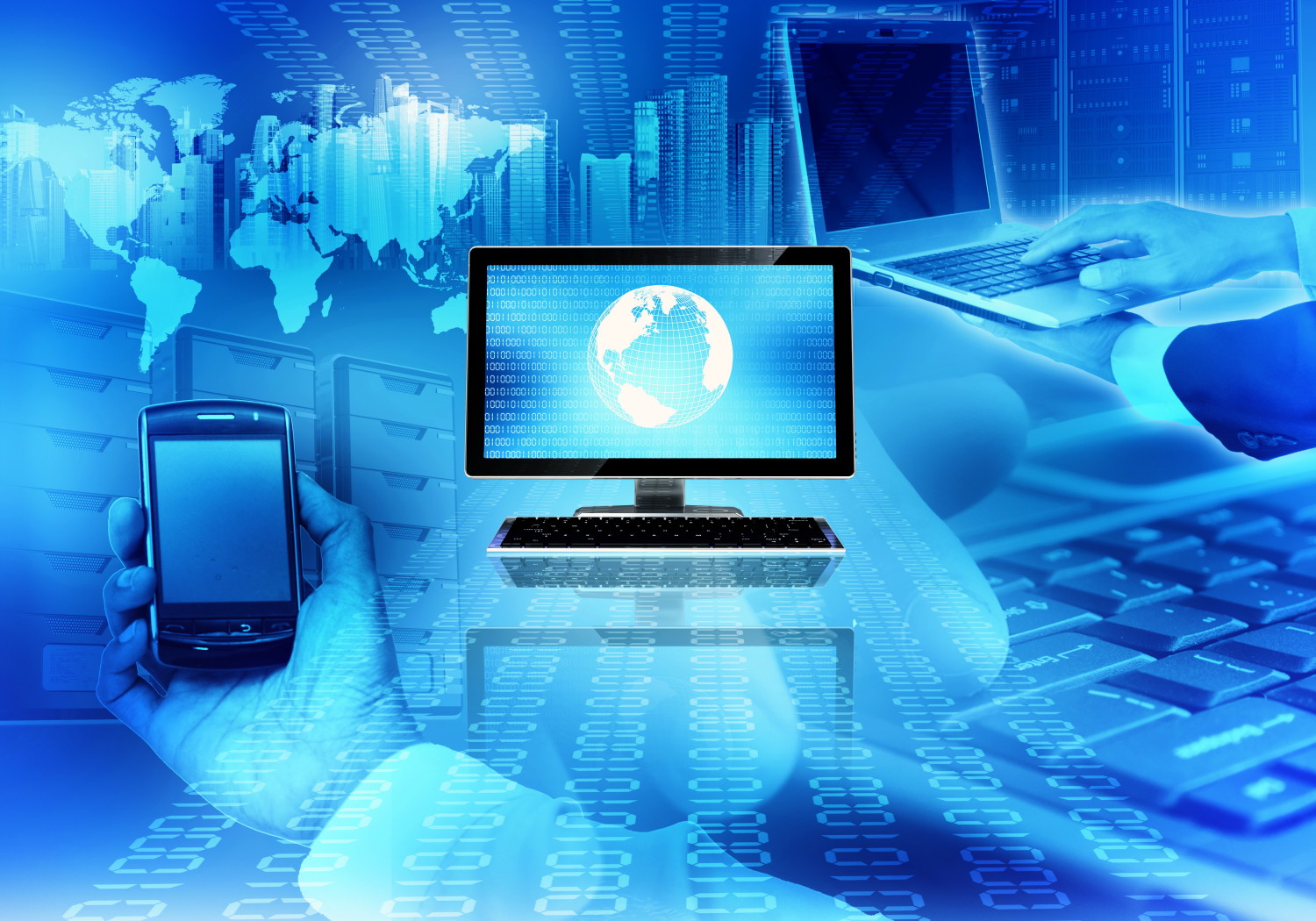 The Internet of Things (IoT) has been one of the technology industry’s hottest buzzwords for the past few years, but it seems that 2015 is the year the hype starts to become a reality. In fact, a recent report by Gartner projected that there will be 4.9 billion “connected things” by the end of this year and that this number will grow five times by the end of the decade, to more than 25 billion connected objects. With a global population of 7.3 billion people, that’s a staggering 2.9 connected objects for every person on the planet.

We are on the cusp of a real and tangible revolution, which promises to bring about a defining moment in society’s digital evolution. As the spread of connected devices continues, companies are starting to enjoy the huge benefits of the digital world in a host of new ways, with the banking and financial services (BFS) sector enjoying some of the greatest rewards.

In its broadest sense, the IoT describes a world in which devices that were once analogue have become connected though Internet and network access. Digital hardware and software is already being embedded in everything from cameras and printers to fridges and aircraft engines.
By connecting previously analogue objects, companies are able to monitor, analyse their products, assets and customers in real-time, leading to increased efficiency, better customer satisfaction and the opening up of new and potentially lucrative business models.

What makes an IoT leader?

To gain insights into how businesses worldwide are adapting to the Internet of Things, TCS surveyed executives from across the globe in order to understand their opinions and attitudes towards IoT. As well as examining the business priorities shaping IoT adoption, the study also identified the businesses that are getting the most from their IoT.

This group of “IoT Leaders” was made up of just 8 percent of businesses surveyed. They reported an average revenue gain of 64 percent in the areas of their businesses touched by their IoT initiatives, compared to the average of 15.6 percent; a staggering difference.

Banks, especially large ones, invest in IoT technologies heavily and reap some of the greatest financial rewards. Companies in the BFS sector noted the second-highest revenue gains from their IoT initiatives, second only to the manufacturing sector. In 2014, banking and financial services recorded a 17.7-percent increase in revenue in the areas on which they had focused their IoT initiatives—be it product lines, business units or divisions.

The BFS sector also ranked amongst the highest for planned revenue gains in 2018 compared to 2015. Respondents expect to see an increase of 18.9 percent in the next three years. High-tech and industrial manufacturing businesses also predicted large increases in revenue; 19.4 percent and 27.1 percent respectively.

A prominent trait amongst those businesses highlighted as IoT leaders was the ability to reimagine their business to provide greater value for their customers. One of the biggest potential benefits of the IoT is the way in which connected devices can provide real-time feedback from customers. However, in order to benefit from this data, customer permission is essential. Our study found that IoT leaders are more likely to have acknowledged the importance of providing value to these consumers in exchange for their data, especially when it comes to post-sales spending.

In fact, we found that leaders devote a larger share of their IoT budget to post-sales product monitoring, which means they can provide better customer service in exchange for valuable information. These leaders are learning to generate revenue from this value exchange with customers by harnessing this data and using it to adapt business models and product or service offerings.

Another key trend amongst leaders is the ability to adapt and embrace new business models centred around their IoT initiatives, with nearly all leaders (97 percent) making at least one change to their models, compared to just 25 percent of the worst-performing companies.

In 2015, monitoring financial products and services will account for a large portion of banking and financial services firms’ IoT budgets: 32 percent in 2015 and 29 percent by 2020. Although powerful, these applications can require large investments and close working relationships with manufacturers. Banks that provide car loans, for example, are mitigating risks with subprime borrowers by installing devices in these customers’ cars that prevent the vehicle from starting if the customer is behind on payments. They are also using vehicle GPS devices to locate cars scheduled to be repossessed.

Financial institutions plan to spend 30 percent of their IoT budget this year on monitoring customers, with that commitment rising to 34 percent by 2010. Spending on premises monitoring will drop, however – to less than a fifth (19 percent) of IoT budgets, down from 22 percent this year.

To an extent, the financial sector’s investment in customer monitoring comes in response to growing online fraud and the ever-present threat of hacked computer systems, especially those of retailers. For instance, Citigroup has publicly explained that it is exploring wearable technologies that use biometric data, such as fingerprints, to make online payments more secure. Visa is another company that is exploring new security measures, enabled by the IoT. Earlier this year the company unveiled a mobile service that uses phone geo-location data to verify a customer’s identity—a service it hopes will reduce fraud and decrease the number of declined transactions that often occur because a customer’s identity can’t be accurately established.

Financial institutions are also using the IoT to improve the banking experience for customers. Last year, Citigroup unveiled its Citi Mobile Challenge, urging software developers to create innovative solutions for the bank’s mobile-device platform, wearables and other technologies. This year, it also announced an app for Apple Watches that tells wearers how close they are to their credit limits, further proving the company’s dedication to enhancing customer experience through the IoT.

Keeping tabs on their complex internal networks also ranked high in priorities for the BFS sector, with 38 percent of respondents monitoring customers, branches, ATMs and partners. 32 percent of respondents also noted that their organisations use digital sensors and other devices to track what is happening in branches and other locations, while one in five monitor products through digital sensors.

Of course it is vital to get hold of the right data, but it’s useless without the correct support from the business to make the changes needed to lead to financial gains. The data that the IoT feedback provides can often be unflattering to the business and may cause employee resistance, which is why executives need to lead from the top.

It is also paramount to have a clear and well-thought-out strategy communicated from leadership. When it comes to investments for effective use of IoT, the biggest investments don’t necessarily mean the biggest rewards. Our report highlighted that leaders are much more deliberate with their spending than followers, often testing in one area of their business before wide-scale deployment.

To eliminate risk and unnecessary dents in balance sheets, senior management need to determine what would work best for their businesses and how to invest cleverly in order to harness the power of this particular data. Time is money so it’s important to act fast, especially in a changing digital world, but it’s more critical to work smartly before investing unnecessary spending that doesn’t generate the revenue to warrant it.

When it comes to the IoT, there’s no magic formula. However, to be successful, banks must be flexible with their business practices, ready for the truth, and unafraid of change. Only then will they be able to exploit this exciting and disruptive technology.

Go to top
ABOUT THE AUTHOR
As the Country Head for TCS UK & Ireland, Shankar Narayanan heads up TCS’ second largest country operation. He is responsible for driving business strategy and operations for the company’s UK business, which has over 10,000 employees delivering IT and consultancy services to over 150 UK clients, including Aviva, Boots, British Airways, BT, Diageo, National Grid, NEST, Marks & Spencer, Thames Water and Virgin Atlantic. In total, TCS works with 33 of the UK’s FTSE 100. Shankar also oversees the Retail & Consumer Practice across Europe, managing a client portfolio that includes 6 of the top 10 retailers in the UK.
Internet of ThingsIOTPaymentsTechnology
0 comment 0 FacebookTwitterPinterestEmail
previous post