Top Posts
Challenges Remain, But There Are Opportunities to Be Had in...
Interview with Mr. Olukayode Pitan, Chief Executive Officer and Managing...
Commodities Outlook for 2023
The Value of Cash in a Time of Crisis: How...
The US-Africa Leaders Summit: Fostering a Closer Relationship with the...
Three Key Sectors in Which to Invest in 2023
Home Slider Technological Wars
Technology 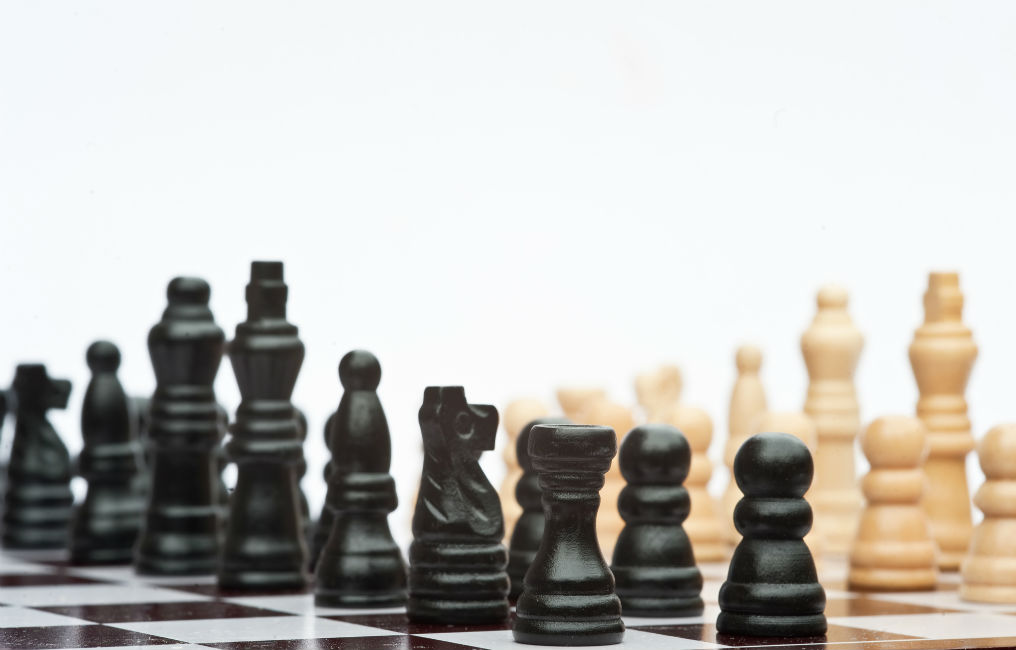 I live in Spain, where we have the unique habit of watching most foreign films—whether in movie theaters, on television or through streaming—in our national language, Spanish, but the titles are either maintained in their original language (Star Wars, Minority Report, Platoon, Road to Perdition, Black Swan) or translated, giving a completely different meaning than that of the original.

One may wonder what the reason is for this practice, which has brought about a significant economic sector (turnover of 100 million euros with 4,000 employees). Two social and historical political factors may explain this anomaly: First, the high level of illiteracy of the Spanish population when sound films (“talkies”) were formally launched in 1927 with The Jazz Singer; and second, during the 1930s and ’40s, it was a lot easier for the ruling regime to control (censor) the messages of foreign movies if they had been “adapted” to the local language.

Fast forward almost a century, and we find ourselves in a world in which streaming services are taking over even prestigious award ceremonies such as the Golden Globes and Oscars. Information and communications technology (ICT) is a booming sector that includes many of the unicorns created in recent years (in the venture-capital industry, unicorns are privately held startup companies valued at more than $1 billion).

The ICT sector refers to equipment and services related to broadcasting, computing and telecommunications, all of which capture and display information electronically. It currently is highly concentrated, with fierce competition between US and Chinese contenders. On one side are Microsoft and FAANG (Facebook, Amazon, Apple, Netﬂix and Google—specifically Alphabet, Google’s holding company); and on the other is China’s BATX (Baidu, Alibaba, Tencent and Xiaomi). While some of these companies boast the highest levels of capitalization in the world, others have performed disappointingly in recent months, due notably to lower demand. This was the case for Netflix, which has had a negative free cash flow for most of its existence, lost a significant number of US customers in 2019 and is facing increased competition—for example, from Disney’s cheaper streaming platform, WarnerMedia, and Apple’s new streaming services.

Prospects for the ICT sector will remain varied from one region to another in 2020, while overall business performance will depend on economic conditions. The main risks affecting the ICT sector’s outlook are the global economic slowdown and protectionist environment, which are expected to result in a contraction in demand for ICT goods and services. Looking forward, one of the key challenges, particularly for FAANG, will be the increasingly strict regulatory environment in terms of data protection.

Hence, the main issues are the content and the technology behind these developments. In 2018, patent applications grew by 5.2 percent globally. China ranked first; the National Intellectual Property Administration of the People’s Republic of China received 1.5 million patent applications in 2018, an amount nearly equal to the combined total of those ranked from 2nd to 11th. The US ranked second, with the United States Patent and Trademark Office (USPTO) receiving 597,141 applications. The company topping patent applications worldwide was the Chinese firm Huawei.

In the electric-car industry, the Chinese BYD Company Limited is now the world’s second-largest producer after the French-Japanese conglomerate Renault-Nissan-Mitsubishi. The Chinese electric-car manufacturer is building what could become the world’s largest vehicle-battery factory in an effort to increase capacity and help revive profit growth. The plant will have an annual capacity of 24 gigawatt-hours when it is fully operational, enough power to equip 1.2 million BYD Tang electric cars, according to the manufacturer, which is backed by Warren Buffett. BYD invested 10 billion yuan (US$1.5 billion) in the factory, which will help fulfill the company’s plan to increase its battery-manufacturing capacity nearly fourfold in 2020.

Their trade war is exacerbating the already highly competitive environment between the United States and China. American sanctions imposed on some Chinese technology companies, including Huawei, the leader in 5G technology, is one example of the offensive. Many governments in advanced economies, particularly the United States’, are worried about the “Made in China 2025 Strategy”. The stated objective of this program, which was released in 2015, is for China to become a major competitor in advanced manufacturing, a sector dominated by high-income, developed countries such as the United States. The Asian giant is planning to use this strategy to become the global leader in 10 critical economic sectors that include ICT products, such as robotics and semiconductor production. These new technologies, and notably the swift development of artiﬁcial intelligence (AI), are likely to bring signiﬁcant changes to production methods.

Some analysts have pointed out the differences between the dot-com bust and the current crop of tech companies, stating that there is plenty of room for the current tech class to grow as areas of cloud computing, social media, ecommerce, artificial intelligence, machine learning and big data are still being explored and developed. In Netflix’s case, analysts say the pioneering streaming behemoth is staking out its position in a changing market.

Two issues are going to be pivotal in 2020: the ICT sector’s foundation and its capacity to deliver strong, sustainable growth in an increasingly competitive trans-oceanic sector.

The climate is challenging. For example, US federal prosecutors recently launched two cases against the Chinese company Huawei. One, filed in New York, accused the company of bank fraud, claiming it plotted to violate US trade sanctions against Iran. The other, filed in the State of Washington, accused Huawei of stealing technology from T-Mobile’s headquarters in Bellevue, Washington. The company pleaded not guilty in both cases. Huawei, China’s first global tech brand, is scrambling to preserve its business in the face of possible loss of access to US components, which threatens to damage its smartphone business. An outcome of this situation may be that the founder of Huawei, Ren Zhengfei, follows through on his plan to move the company’s US research center to Canada.

Back to the movies, where we started in this article. China is making its mark in the cinema, too. According to the web page www.the-numbers.com, out of the 20 films released in 2019 with the highest worldwide attendance, three were Chinese: Ne Zha zhi mo tong jiang shi (11), Liu lang di qiu (13) and Zhongguo jizhang (20).