Top Posts
Digital Transformation For Financial Systems In A Changing World
How Gamification is Catapulting Digital Banking to the Next Level
Challenges Remain, But There Are Opportunities to Be Had in...
Interview with Mr. Olukayode Pitan, Chief Executive Officer and Managing...
Commodities Outlook for 2023
The Value of Cash in a Time of Crisis: How...
Home Slider The Case for Accelerating the Adoption of Regtech
Technology 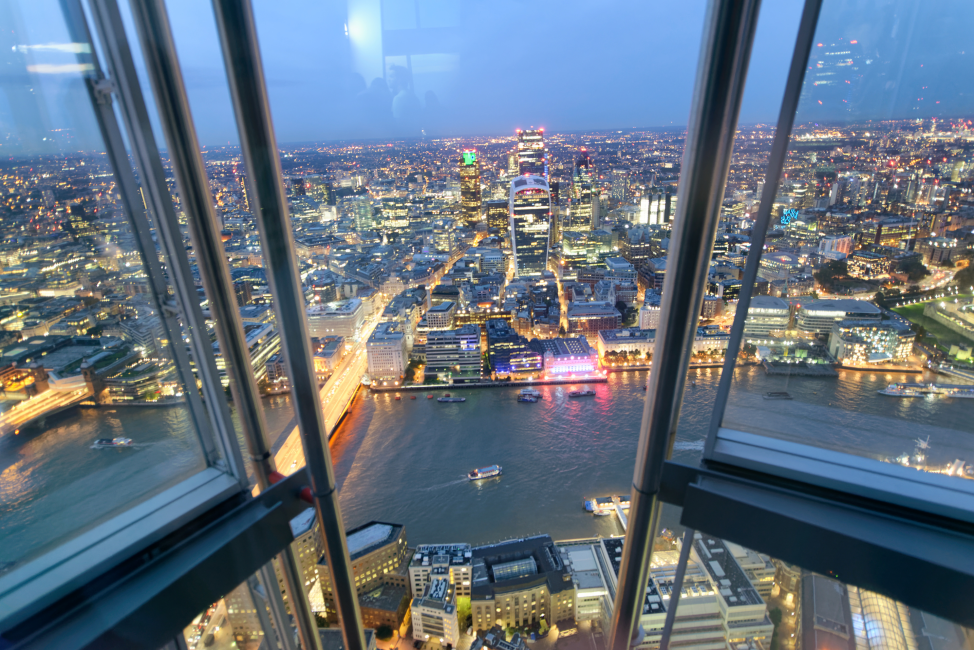 Where now for regtech, following the Kalifa Review?

The dust has had time to settle on the much-awaited publication of the Kalifa Report on the fintech industry. The report, by Ron Kalifa, was conducted on behalf of The City of London Corporation, at the behest of Her Majesty’s Treasury, and could not have come at a more opportune time. The fintech industry – and the UK as its global hub – has been at a crossroads for some time now, with the build-up of uncertainty around Brexit and how it would affect the position of the City of London in the global financial industry. That, coupled with an unexpectedly coy reaction to the introduction of fintech within the larger financial institutions, has led to some stagnation in the sector, triggering disappointment and incredulity at this attitude among fintech and regtech solution providers.

So, why have the biggest financial institutions, by and large, shied away from the benefits that fintech and regtech can bring, particularly in the ongoing fight against money laundering and other financial crime; and what can, and should, be done about it, and by whom?

The main issues with regtech

Digital transformation is nothing new. Financial organisations have been looking into the potential benefits of digitising their systems for a number of years, but many have been hamstrung by a number of issues, mainly around the perceived costs and potential upheaval that introducing new systems could bring. Many recognise the clear benefits that digitisation would bring. This being in the form of better business intelligence, and more efficient and effective systems, combined with greater efficiency and accuracy within compliance departments.  There could also be improved adherence to their Know Your Customer (KYC) responsibilities, but they have still been reluctant to engage constructively with Regtech providers.

This reluctance is often based on the anticipated difficulty in updating operations that are too often ‘stuck in the dark ages’! Saddled with a proliferation of legacy systems that don’t talk to each other, combined with disjointed – and sometimes misguided – technology strategies, a palpable fear is generated in some organisations around the costs and upheaval involved in considering a digital solution. While fintech solutions themselves are less of an issue, because individual systems don’t necessarily have to speak to each other in order to get value from digital solutions, regtech solutions are a different matter, in that they need to look at the whole customer base in order to be fully effective.

Alongside these concerns is a view that “if it’s not broken, why try to fix it, it’s complex and how can the manual processes be unravelled and replaced by new technology”. Okay, yes, compliance teams are hard pressed to keep up with the volume of work. It’s difficult for them to juggle the data flowing from a number of disparate systems, which, in turn, means that errors do creep in, and some issues are missed. But if the systems aren’t reporting accurately, and the authorities aren’t ‘cracking the whip’, why saddle themselves with the potential disruption brought on by the systems and processes upheaval that digitisation might bring?

A misguided view propagated by a fear of doing something

But what regtech providers need to get across, is that it doesn’t have to be a painful experience and that the huge benefits far outweigh any upheavals that may occur. The Kalifa report clearly outlined the benefits that increased adoption of regtech would have on the financial services industry and there’s nothing there that regtech providers haven’t been ‘banging on about’ for years, but with a smaller voice.

Improvements in compliance systems and processes

The obvious one to start with, but perhaps worth reiterating the breadth of improvements and enhancements that digitization can bring:

As we all know, in this brave new technological world, and particularly since Covid entered our lives, customers expect and demand only the best purchasing and service experience. That’s not a bad thing, but it does mean that anyone who cannot deliver on promises, or the expected levels of service, is going to suffer in comparison to their peers. As a natural consequence of this, anyone who is falling behind on the digital revolution, is going to find it difficult to compete.

Customers have gotten used to being able to sign-up to new services and offers immediately, without having to wait days for verification and aren’t prepared to put up with anything less. They want services and products that are transparent and are prepared to look at upgrades and add-ons offered by suppliers they trust and who have proven that they can deliver.

For decades, companies have been looking to diversify their products and services, as a way of taking the pressure off their lead offerings and increasing their revenue streams. In the past, this has generally meant kick-starting a new, separate system to handle a product or service that isn’t, systems-wise, compatible with what they already sell, leaving many companies with a plethora of systems that don’t talk to each other. In pre-compliance days, this wasn’t necessarily an issue, but since regulation has been implemented and gets tightened each year, manual workarounds to satisfy compliance requirements have become increasingly difficult and onerous, and less effective.

Digital solutions enable companies to free themselves from these constraints, leaving them clear to take advantage of increased opportunities in the marketplace as software, cloud based platforms can easily be upgraded with bulk uploads and add ons.

Regtech isn’t just about efficiency, it is a logical evolutionary step for financial services regulation to take, in order to underpin the safe future development of financial services. Financial crime isn’t going to go away, rather it is going to continue increasing, in volume and in subtlety, because it is in the interests of criminals to do so. Hence, Anti-Money Laundering solutions and other security systems need to continually improve in order to have a hope of keeping pace.

The UK has a reputation of leading the way in fintech regulation and providing evidence of the efficacy of new, tech-enabled products and services, is critical to retaining that trust. So, the wider adoption of our own homegrown regtech solutions will help to underpin that confidence.

The moral stance of better compliance

In addition to the above business benefits, it is imperative that government and regulators, as well as regulated companies, take a stand against the financial crimes perpetrated by the international criminal underworld. The bad actors have been allowed to take the upper hand, because technology hasn’t been adopted as widely as it should have been, and they know the loopholes that the widespread manual systems offer.

As you’d expect, they are sophisticated and adept at hiding the proceeds of their various criminal activities. This may be illicit arms, financing of terrorism, drugs money, human trafficking, or any number of other crimes that result in the need to launder their money through the system.

With the ability to hide behind complex webs of company registrations across different jurisdictions they continue to carry out their illegal, dangerous and anti-social activities and commit financial crimes.

But if the system is broken, who is there to stop them? Yes, the G7 Finance Ministers agreed to implement and strengthen registries of company beneficial ownership information in their respective jurisdictions. But is this enough?

I agree that it is a major step forward in global efforts to tackle illicit finance and will also boost the UK’s efforts to tackle financial crimes, but more could be achieved. For example, the leaders could go further by having centrally held, or at least fully accessible, Company registries to protect our economies from these threats.

The criminals that hide behind complex company structures and shell companies have been able to avoid compliance scrutiny for too long. Whilst the UK, and the EU states in the G7, have implemented public beneficial ownership registries, the US and Canada are still planning the introduction of beneficial ownership registries in their own jurisdictions.

The UK recently announced its intention to legislate for a set of significant reforms to Companies House, including giving it greater powers to challenge the information submitted, and requiring identity verification for people who manage, control, or set up companies. The UK also intends to create a new public register of overseas entities who own UK real estate. Legislation to enable these reforms will be brought forward as soon as parliamentary time allows.

We have seen, throughout the pandemic, that digital transformation can be advanced ahead of originally planned scheduling. So, my question would be – surely, we can use technology, and our collective expertise, to drive central systems that can act as a global registry to carry out advanced compliance on these criminals that continue to play the system?

The future of Regtech needs to be brought forward

The Kalifa report and recommendations goes much wider than the regtech question, but it does encompass it. Clearly the report outlines that there is an enormous opportunity for the UK financial services industry to digitally transform compliance, grab a lead, certainly over the rest of the EU, and potentially over the world, by pursuing an aggressive and co-ordinated plan to develop the market and take advantage of technology. That requires FinServs companies to jump into the 21st century and go ahead in adopting the wonderful new technologies offered by the fintech and regtech providers.

But, by their very conservative nature, the leading proponents are unlikely to do so of their own accord – let’s face it, the Titanic was never going to sink, was it?

No, it needs both the government, through legislation, and the regulators, through regulation, to make it impossible for them to ignore the new digital revolution that is already upon us and is ‘open for business’. Once that is done, suddenly all financial services companies will realise the opportunities that are available to them in a rapidly expanding marketplace – thus enabling both fintech and regtech providers to get their voices heard.

The future is bright for financial services, if only someone would turn on the light!