Top Posts
Why the Status of the Fifth-Largest Economy Is a Job...
Syrian Economic Outlook Dims as Internal Conflict, Resource Theft and...
Unwinding the Unconventional Monetary Policy in Japan
Three Significant Payment Trends in 2022
Recessions Hurt: Does the Data Show That the World’s Major...
Every Organisation Should Be Aware of Invoice Scams
Home Technology The Future of Payments: faster, smarter and mobile
Technology

The Future of Payments: faster, smarter and mobile 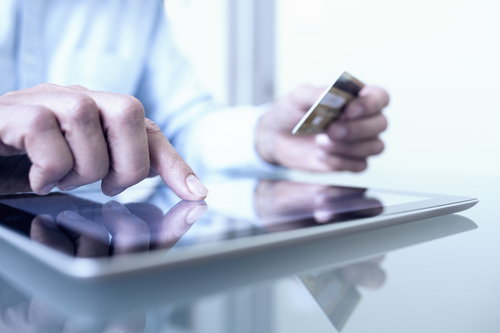 Payments systems touch the lives of virtually everyone and are expected to change dramatically over the next decade, all thanks to numerous waves of innovation that are about to hit the UK market.

In the UK, cash has finally been knocked off its perch as the predominant payment method; in 2014 there were around 18 billion cash transactions, and over 20 billion electronic transactions according to figures from the trade association PaymentsUK.

The United Kingdom is something of a test bench for the rest of the world when it comes to payments. It has had a world-leading 24x7x365 real time retail payments system since 2008, and more recently gained a brand new current account switching service that redirects payments for years after the automated switch to a new account. There is also regulatory innovation: the UK now has a dedicated economic regulator, the Payment Systems Regulator, that has a statutory objective to promote innovation in payments.

With all this innovation looming on the horizon VocaLink has published the Moving Money 2025 whitepaper that looks ten years ahead, envisioning how payments may look in 2025. They have also sought the opinions of leading thinkers in the UK payments industry via a collection of essays that form part of the report.

As part of the initiative, VocaLink surveyed 2,000 consumers and one of the most striking results was that 83% of respondents said that they check their current account balance before making a major purchase. This reflects a clear thread in many research studies highlighting that consumers want to feel more in control of their finances. Checking a balance is one aspect of that, but it then leads the conversation with consumers about what that balance actually means.

The most popular innovation identified by consumers is for all funds to clear immediately; at the moment, uncleared debits and credits on an account mean that a balance is at best an approximation of the true position. This isn’t an issue if you have a comfortable buffer of funds in your account to protect you, but if you are managing a tight budget it becomes vitally important. This is one of the factors that currently means lower income consumers still budget using the cash in their wallets.

For many people in the UK, their salary gets paid via Bacs Direct Credit into their bank accounts, and then Direct Debits to pay for housing, utilities and so on take about two thirds of that amount back out again shortly after payday. This works well for the majority of people with stable incomes from a single source.

However, the pattern of employment is changing in the UK. There are now more self-employed people than ever before, around 15% of the working population according to the Office for National Statistics. There are also more people working whilst drawing a pension, or with other multiple sources of income. This leads to an irregular flow into an account and makes fixed commitments through Direct Debits more risky, with the chance of a debit ‘pull’ happening at a time when there are insufficient funds in the account.

This is leading to demands for greater control over when money leaves an account, and for flexibility with payment options. This control can be gained through ‘push’ payments being used instead of ‘pull’ payments, with bills being presented on a mobile phone for authorisation – rather than the money being ‘pulled’ automatically via direct debit.

As financial management becomes more complex for consumers, particularly those with multiple or irregular incomes, the demand for budgeting tools is rising. More than 50% of respondents to our research were interested in using apps for managing their budgets and we see this as an area of high growth in the coming years.

No article on the future of payments would be complete without considering the impact of mobile phones on consumer behaviour. Mobiles are becoming the dominant way of accessing bank accounts, checking balances and, increasingly, making purchases.   This has resulted in a surge of innovation over the past few years.

Sadly, some of the most inventive and technically adept innovators operate on the wrong side of the law. Our research, and that of some of the contributors to the whitepaper, shows that security of payments is a major concern – particularly as we move towards mobile banking and payments. 65% of consumers saw the security of their transactions as their foremost consideration. The answer isn’t to make life overly complex with long difficult passwords – it may well lie in biometrics and highly intelligent ways of analysing subtle changes in the ways our accounts are operated.

Biometric technology is on the cusp of broader public adoption in the UK. One major banking group has introduced fingerprint access to mobile bank applications, and as a regular user I can report that it works well. Yet there is still a long road to travel to gain wide public acceptance. In many ways, the path to biometric acceptance will mirror that of contactless payment cards over the past few years. Contactless technology has been around for a long time, and contactless debit cards in particular have been in circulation for a number of years; however their use has only become widespread recently. It required the technical acceptance infrastructure to become widely available in retailers; it also required a critical mass of banks to issue enabled cards, and finally it required public acceptance. Acceptance from the general public was crucial, and it only gained ground once consumers were happy that the level of risk was minimal.

Biometric technology is only at the start of that journey and it is unclear which forms will dominate: fingerprint scanning has an obvious head start, but facial recognition, iris scanning and even heartbeat detection are all strong contenders.

So what about cryptocurrencies? They have an obvious set of niches to serve, and I have no doubt that they will evolve into a lasting part of the financial landscape, but I do not see the wholesale replacement of fiat currencies in the forseeable future. Their volatility, their lack of oversight and their complexity will act as a barrier to widespread adoption, at least in the current environment. However the underlying distributed ledger technology has the potential to make substantial changes to the payments landscape in the long term and there are a growing number of projects being undertaken across the financial system seeking to identify how best to use this technology.

The Bank of England is examining the possibility of ‘digitising’ part of Sterling in the future in order to reduce some of the limitations of a national currency, and there may be some merit to this. For instance, without having to make substantial changes to the existing realtime central infrastructures (such as Faster Payments and CHAPS), a digital currency could be programmed to fulfil a set of transactions in sequence, such as the purchase of a property involving a chain of transactions e.g. payment from the purchaser to a solicitor (where it is held in escrow until relevant documentation is signed) and then onto the vendor. Additionally a digital currency would deliver greater user control over a payment if, as bitcoin is, it is based on a ‘push payment’ model and as such would not involve giving customers’ data to businesses, reducing the likelihood of fraud.

Due to the international nature of most (but not all) digital currencies, there would be no exchange costs which may be appealing to individuals and businesses that undertake significant cross-border activity. The future of payments will not be driven solely by consumers and the merchants that serve them. The single biggest user of the payment system in the UK is the government. Around 97% of benefit payments flow from the government to citizens through the electronic payments system, but there is a great deal of scope for improving the flow in the opposite direction: how citizens can make payments to government. There have been some improvements, for example the vehicle tax collection agency has recently allowed payments via Direct Debit and this has been a notable success. However there is much scope for improvement. As citizens’ expectations of immediacy of service are driven by their interactions in other areas of life, so will their expectations rise in their dealings with government. To its credit, the Government Digital Service appreciates this burgeoning dynamic and is driving the ‘digitisation of the state,’ which we believe will drive substantial changes in transactions both ways between citizens and the state over the next few years.

There is a great deal to be optimistic about in the UK payments sphere. The new payments regulator is actively encouraging innovation, and the industry is taking up the challenge with initiatives such as the World Class Payments project from the trade body PaymentsUK. The current payments system forms a robust foundation for these innovations, with activity benefitting consumers and businesses alike. However, where we strongly believe that this platform can be improved is through greater collaboration between all parties and organisations with an interest in the evolution of the payment system. Advancing technological capability is irrefutably offering greater and greater possibilities for the ways we will pay and be paid in the future, but if these capabilities are not fully understood and not mapped to the actual needs of disparate corners of our economy and society, it is unlikely we will be able to fully realise all the potential benefits that are on offer.

ABOUT THE AUTHOR
Chris Dunne, Director of Market Development and Industry Relations.

Chris Dunne is responsible for thought leadership and developing new markets for the company. He is also responsible for managing the executive relationships with the payments industry, Bank of England and Government.

Chris is also a member of the Payment Systems Regulator Panel. He joined the company in 2004 and has played a key role in the successful implementation of the Bacs technology renewal programme, the delivery of Faster Payments and the new Current Account Switching Service.

He has held several senior roles as Customer Services Director, Strategy Director and Payment Services Director before taking on his current role. Chris was previously Head of Strategy for the Treasury Services division at Reuters. Prior to that he held a number of roles in the foreign exchange industry and at KPMG.

Chris has a First in Computer Science from Royal Holloway, and he maintains a keen interest in technology and cyber security.

Interoperability key to unleashing the next wave of mobile financial inclusiveness