Top Posts
Challenges Remain, But There Are Opportunities to Be Had in...
Interview with Mr. Olukayode Pitan, Chief Executive Officer and Managing...
Commodities Outlook for 2023
The Value of Cash in a Time of Crisis: How...
The US-Africa Leaders Summit: Fostering a Closer Relationship with the...
Three Key Sectors in Which to Invest in 2023
Home Slider The Future of Work: How Jobs Will Change in the Coming Decade
Technology

The Future of Work: How Jobs Will Change in the Coming Decade 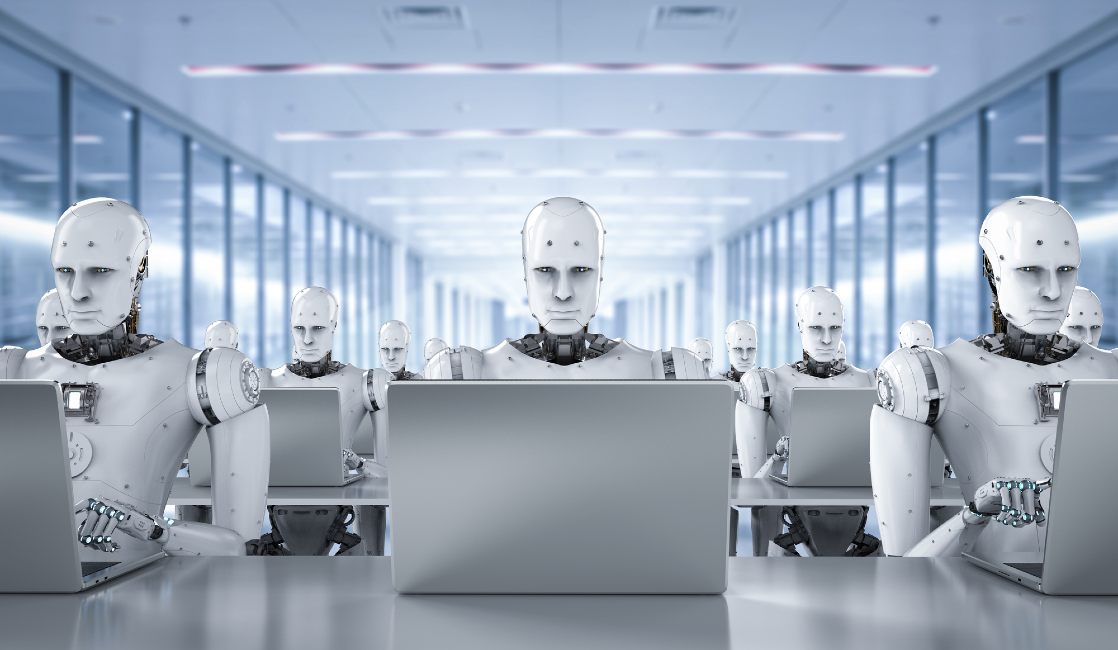 The robots are taking our jobs—or are they? This has been one of the most hotly discussed subjects of recent years as the startling developmental leaps being made in technologies such as artificial intelligence (AI) and robotics continue to make automation more sentient, efficient and productive. And as they become more capable of performing tasks traditionally assigned to human workers—indeed, often doing so with far greater speed and efficiency in many cases—the issue of robots replacing workers becomes less a matter of “if” and more of “when”.

There are now plenty of estimates being posited of just how significantly automation will feature in the existing labour force. McKinsey, for instance, estimates that around half of the activities people are paid to do globally could theoretically be automated using currently demonstrated technologies, although less than 5 percent of jobs can be “fully automated” and about 60 percent of jobs will see at least one-third of their constituent activities being potentially automated, implying substantial workplace transformations. A June 2019 study from Oxford Economics, “How Robots Change the World – What Automation Really Means for Jobs and Productivity”, meanwhile, suggested that robots could take over 20 million manufacturing jobs around the world by 2030, with 14 million robots being put to work in China alone. And as for the United States, a Brookings Institute report foresaw around 36 million Americans holding jobs with “high exposure” to automation, such that at least 70 percent of their tasks could soon be performed by machines using current technology, such as those of cooks, truck drivers and clerical office workers.

But it’s not only automation that is having a dramatic impact on traditional working habits. Advanced manufacturing is integrating new, innovative technologies into the production process as well as in the final products and is thus posing similar existential questions about the utility and nature of human capital. The gig economy is also fundamentally transforming what it means to be a worker in today’s labour market. All such factors, therefore, are set to change the nature of work during the coming decade, which means workers from virtually every industry will have to prepare accordingly.

Aside from the advances in the likes of AI and machine learning (ML), moreover, the International Labour Office (ILO), the permanent secretariat of the United Nations’ International Labour Organization (also ILO), defines five additional “dimensions” that will heavily shape the future of work:

Of course, COVID-19 is throwing up its own set of challenges to the traditional model of work. Thanks to a virus that became a global pandemic in March, over a third of the global population went into lockdown. A month later, the ILO recorded that 1.6 billion workers in the informal economy—or almost half of the world’s labour force—stood in immediate danger of having their livelihoods destroyed. Indeed, the pandemic has already ushered in dramatic changes to the traditional “workplace” such that the “future of work” already seems to be taking place right now. The likes of remote work, Zoom meetings, video calls and online messaging are now the norm as many workers continue to take shelter from the virus.

And it would seem that the situation is not about to change back to the old way anytime soon. A survey conducted in June by McKinsey of 800 executives from a diverse range of industries and business sizes in the United States (50 percent of respondents), Australia, Canada, China, France, Germany, India, Spain and the United Kingdom suggested that, thanks to the pandemic, there will be a major period of disruptive change to the workplace lying ahead. Around 85 percent of respondents have also said that their businesses have somewhat or greatly accelerated the implementation of technologies that digitally enable employee interaction and collaboration, such as videoconferencing and file-sharing. And about half of those surveyed have reported increasing digitisation of customer channels via ecommerce, mobile apps or chatbots, while 35 percent have further digitised their supply chains by connecting their suppliers with digital platforms in supply-chain management.

Indeed, COVID-19 has already spurred dramatic changes, forcing companies and consumers to transform their routine habits, and as such, the crisis is accelerating some shifting workforce trends such as digitisation and automation as well as increasing demand for flexible and remote workers. But not only has the pandemic thrown millions of individuals out of work, McKinsey observed, the mix of jobs that has emerged from this crisis is likely to be markedly different from the composition of those that were lost. “People with the lowest incomes and educational attainment have been disproportionately affected, putting strains on achieving inclusive growth and potentially raising income inequality,” the consulting firm recently stated. “Small and midsize businesses and communities of color, already more severely affected by COVID-19, are also more vulnerable to disruption from increased automation.”

Among the most profound changes being touted to emerge as a result of the pandemic is “hybrid” work, which grants more autonomy and flexibility to workers with regards to where and when they prefer to work, rather than the typically regimented routine of working in the office Monday to Friday. Already, most companies have adopted some type of “Work from Home” policy, with research from Gartner in July showing that 82 percent of company leaders intend to permit remote working some of the time as employees return to the workplace and 47 percent to allow employees to work remotely full time going forward.

On the employee side, similarly, there is a growing perception that hybrid work will become a permanent way of working, with a July study by Lenovo revealing that 52 percent believe they will work from home more than in the past even once things start to return to normal post-COVID-19. Indeed, we are already seeing companies adopt the hybrid model during the pandemic by designating specific days during which employees must be in the office, say, for in-person meetings and other collaborative and team-building exercises, while during the rest of the week, they can work from home.

Technology will undoubtedly play a crucial role in making such working arrangements acceptable for both employer and employee. From a productivity perspective, sufficiently powerful computing hardware, effective communications programmes pertaining to messaging and video calling, and noise-cancelling headsets are all likely to be in heavy demand. As for employers, they will have to think about making the best investments to ensure employees are not only highly productive and responsive but also sufficiently comfortable and satisfied with their new work environments.

Can employers anticipate these changes by preparing now? According to PwC (PricewaterhouseCoopers), businesses should be considering five key priorities that will help them to prepare for the future of work successfully:

“Many companies only focus on two or three of the above priorities,” PwC noted, “but aligning all five will be crucial for the future of work.” Given that a full return to normal pre-pandemic conditions is seemingly unlikely, it is perhaps understandable why so many measures are being recommended to adapt to the “new normal” successfully.

What a COVID-19 Vaccine Means for the Global Economic Recovery

Does Embedded Finance Pose the Biggest Threat to Traditional Banking?