Top Posts
Challenges Remain, But There Are Opportunities to Be Had in...
Interview with Mr. Olukayode Pitan, Chief Executive Officer and Managing...
Commodities Outlook for 2023
The Value of Cash in a Time of Crisis: How...
The US-Africa Leaders Summit: Fostering a Closer Relationship with the...
Three Key Sectors in Which to Invest in 2023
Home Slider The Importance of Network Effects
Technology 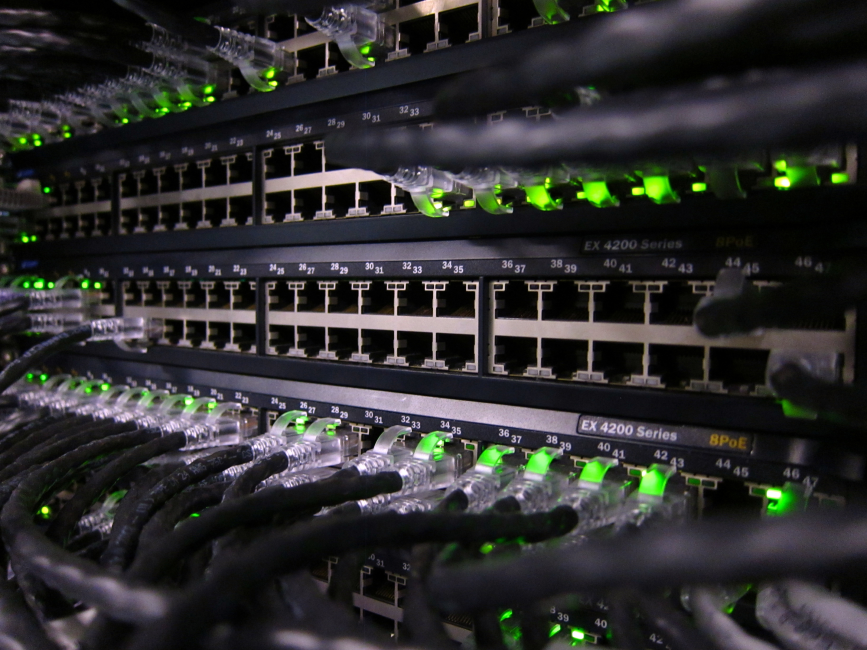 When examining the success of the world’s biggest companies, it is astounding to chart just how quickly many of them have been able to create value for their users and, in doing so, attain their status of “apex predator”. More often than not, moreover, it has been their skills at exploiting network effects that have enabled them to achieve such dominance.

Network effects transpire when a technology becomes more valuable to its user base as more people use it. It invariably works through a “positive feedback loop”, whereby the services being offered are strengthened as the network becomes stronger. And as the company grows in size, the more attractive its value proposition becomes, which further drives more users towards adopting it and thus only continues to extend its dominance vis-à-vis offerings from its competitors.

Network effects have gained significant attention through internet pioneer Robert Metcalfe, who co-invented the Ethernet and co-founded digital electronics manufacturer 3Com, which enabled the networking of computers using the Ethernet. He also formulated Metcalfe’s law, which states that the value V of a network is directly proportional to the square of the number of connected users in the network (n2). Telephones represent the classic example of network effects in action, in that the more people who use them, the more valuable they become to each user. Although two telephones can support only one connection, five telephones can support ten connections, and twelve telephones can support sixty-six connections. Similarly, in the current era, we can observe this phenomenon as being prevalent among popular social-media platforms.

Indeed, studies have shown that Metcalfe’s law holds for many examples of businesses and services that seek to exploit network effects, with Metcalfe himself using 10 years’ worth of Facebook’s data to prove resoundingly the validity of his law. A 2015 study by Xing-Zhou Zhang, Jing-Jie Liu and Zhi-Wei Xu published in the Journal of Computer Science and Technology also found that Metcalfe’s law supports the data for Facebook and Chinese conglomerate Tencent. The results showed that:

One of the main objectives of utilising network effects is to build a “defensible” business—that is, one that can continue to grow and become more valuable despite any increases in competitive threats. The likes of patents and copyrights are some examples of building a defensible business; network effects, however, can enable a product or service to gain widespread utility quickly. This, in turn, allows the business to form a sustainable competitive advantage—or the “economic moat” concept that has been popularised by Warren Buffett. “In business, I look for economic castles protected by unbreachable ‘moats’,” Buffett famously declared back in 1996.

It can be inferred from such examples that business models that are highly scalable are usually in the best position to exploit network effects. This will often be reflected by the low cost associated with another user adopting the service and being added to its network. As such, the firm’s average cost, or cost per unit, will tend to decline as it grows in size.

Seed and venture-capital firm NFX has carried out a considerable amount of research on network effects. Its study of digital companies that went on to become worth more than $1 billion and were founded between 1994 (when the Internet became widely available) and 2017 found that network effects represent almost 70 percent of the value creation in tech. “By looking at each of the companies’ business models and comparing them to our list of 13 known network effects, we estimate 35% of those companies had network effects at their core,” the study noted. “They were, however, typically much more valuable than companies without network effects, so they added up to 68% of the total value in our spreadsheet.” 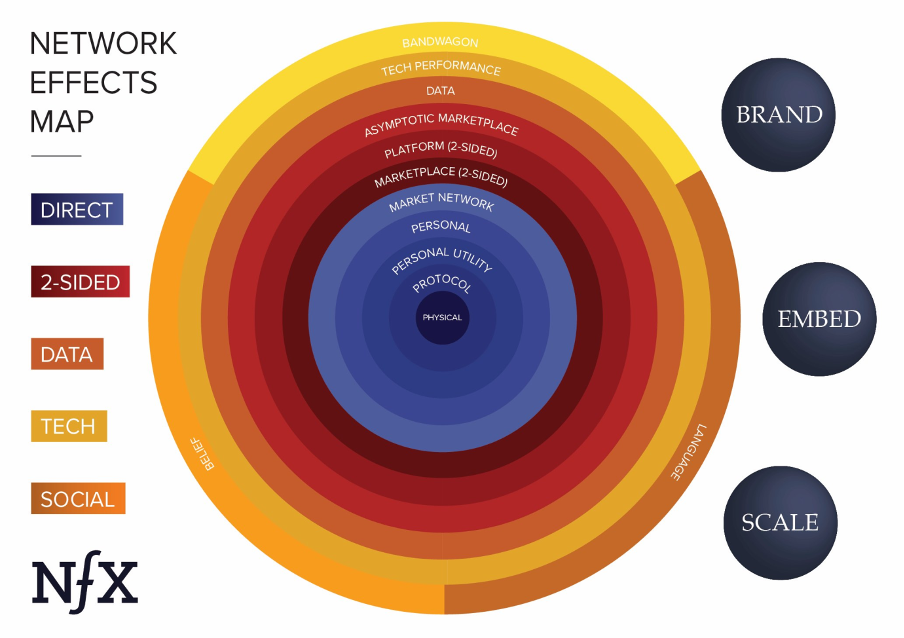 As NFX observed, those companies that leverage network effects have an asymmetric upside, and, as such, it concluded that having a network effect is “the single most predictable attribute of the highest value technology companies—other than perhaps ‘having a great CEO’”.

Today’s tech behemoths, such as Apple, Microsoft, Google, Facebook and Amazon, are just a few prime examples of network effects currently in action. Facebook, for instance, has increased in value as more people joined the platform. With more people creating their own accounts, the more friends there are with whom they can connect; in turn, this process drives even more user adoption. Today, more than two billion people use daily either Facebook or another popular service from the social-media company, such as Instagram, WhatsApp and Facebook Messenger.

On the back of this higher base, therefore, more people can see the ads that are placed on Facebook’s platform, which has generated much of the revenue for Facebook. Indeed, estimates put the proportion of Facebook’s revenue from advertising at a whopping 99 percent. “Simply put, we don’t believe the world has ever seen a network effect media company that equals Facebook’s defensibility and size,” noted NFX. “And it’s clear that both Facebook leadership and the rest of the world are just beginning to grapple with what that might mean for society.”

In recent years, much of the conversation surrounding network effects has been tied to the adoption of new technologies, such as blockchain and cryptocurrencies. It would be only reasonable to assume that the more people who hold, say, bitcoin, the more significant will be the network effects that the world’s most valuable cryptocurrency experiences.

Those effects could well transpire in a series of stages—firstly, by more merchants accepting it as a viable payment method, which will attract more people to start using bitcoin. Greater user adoption would then spur more development surrounding the bitcoin protocol, with work being done to resolve such issues as security and scalability, which would only trigger further demand, boost its price and attract even more adoption, development and investment. As more market participants improve the liquidity for bitcoin, exchanging digital currency for fiat currency should also become easier, which would draw in even more users. Once mass adoption is reached, other supportive services would also continue to experience rapid advancements—including bitcoin-derivatives markets, custody and escrow solutions—while a clear international regulatory framework for using the digital currency would become all the more likely.

It must also be noted that while such a scenario represents one possible route for bitcoin to exploit network effects, considerable challenges continue to stand in the way of achieving such an objective. Scalability, for instance, has long been a thorn in bitcoin’s side, which has meant that consistently processing large amounts of transactions at low cost to users has remained elusive to date. Indeed, as more users have adopted bitcoin, it has only resulted in more network congestion, and, as such, it would be reasonable to assume that this issue must be resolved before network effects can be fully realised. The existence of thousands of “alt-coins”—many of which threaten bitcoin’s long-term dominance—may also prevent bitcoin’s optimal network effects from transpiring.