Top Posts
How Gamification is Catapulting Digital Banking to the Next Level
Challenges Remain, But There Are Opportunities to Be Had in...
Interview with Mr. Olukayode Pitan, Chief Executive Officer and Managing...
Commodities Outlook for 2023
The Value of Cash in a Time of Crisis: How...
The US-Africa Leaders Summit: Fostering a Closer Relationship with the...
Home Slider Theranos and the Rise and Fall of Elizabeth Holmes
Technology

Theranos and the Rise and Fall of Elizabeth Holmes 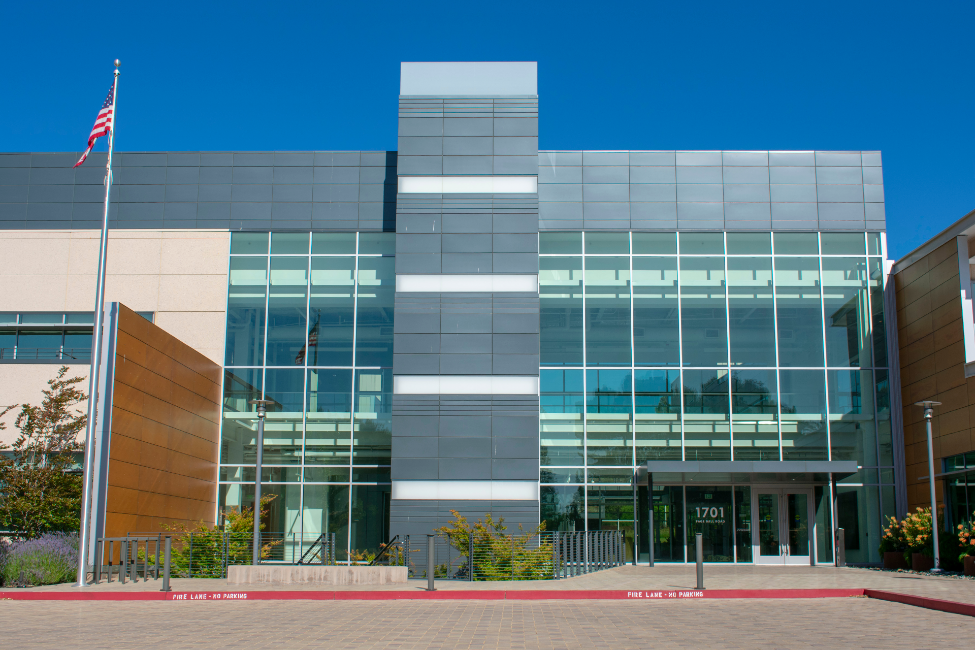 On January 3, 2022, Elizabeth Holmes was convicted on four of eleven charges: three counts of fraud and one count of conspiring to defraud investors. “The guilty verdicts in this case reflect Ms. Holmes’ culpability in this large-scale investor fraud, and she must now face sentencing for her crimes,” California U.S. Attorney Stephanie Hinds stated upon the conviction of the former chief executive officer of failed blood-testing start-up Theranos. As such, it marks a definitive milestone in the downfall saga of someone once considered among Silicon Valley’s brightest lights.

Indeed, lofty descriptions of Holmes abounded when she was at the helm of Theranos, including being labelled “the next Steve Jobs”, whilst Forbes even described her as “the world’s youngest self-made female billionaire”. And despite Theranos’s estimated $9-billion valuation at one point, the shortcomings underpinning her company—which promised to be able to conduct hundreds of different medical tests from just a few finger pricks of blood, thereby avoiding the need for an invasive needle—were eventually revealed to the public, largely through investigative work done by The Wall Street Journal, which found significant inaccuracies and deficiencies with the blood-testing devices.

Holmes was indicted in 2018 alongside Theranos’s former chief operating officer, Ramesh “Sunny” Balwani; the four fraud convictions upheld earlier this year by the jury each carry a maximum sentence of 20 years in prison. According to David Ring, a lawyer who closely followed the Holmes case and spoke to The Guardian news publication, the verdicts were “a mixed bag for the prosecution, but it’s a loss for Elizabeth Holmes because she is going away to prison for at least a few years”. But how exactly did events unravel and lead to such a damning conclusion?

In March 2004, Holmes, a Stanford University sophomore, decided to drop out of the famed Ivy League school to focus on her start-up Theranos, which she had founded a year earlier at just 19 years of age. By September 2009, Balwani—who was romantically involved with her—joined Theranos as its chief operating officer and president, having first met Holmes in 2002. A year later, Theranos had bagged a $400-million deal with Safeway, which resulted in 969 stores of the supermarket chain being remodelled to accommodate the new blood-testing machines.

And by September 2013, another major partnership—this time with US pharmacy giant Walgreens—was in the bag, with the first Theranos Wellness Center opening within a Walgreens store that month in Palo Alto, California; customers could use the Theranos Edison blood-testing devices—named after the renowned inventor, Thomas Edison—and take their results home with them on the same day. This partnership ended up playing a major role in convicting Holmes, who knew about the shortcomings of the blood-testing technology and yet decided to proceed with its rollout across dozens of Walgreens locations.

In October 2015, more widespread concerns over the legitimacy of the Theranos project began to be raised after a Wall Street Journal article called much of its technology into question. “Investors have poured more than $400 million into Theranos, valuing it at $9 billion and her majority stake at more than half that,” the article stated. “But Theranos has struggled behind the scenes to turn the excitement over its technology into reality. At the end of 2014, the lab instrument developed as the linchpin of its strategy handled just a small fraction of the tests that were sold to consumers, according to four former employees.” The article also alleged that, unbeknownst to the public, Theranos was carrying out the vast majority of its tests with traditional machines bought from companies such as Siemens AG. One employee had even accused the company of failing to report test results, which in turn raised doubts about the accuracy of the Edison lab device.

A month later, Safeway reportedly sought to dissolve its partnership with Theranos—this was before it was able to provide its services within a Safeway outlet. And by January 2016, the Centers for Medicare & Medicaid Services (CMS) issued an urgent letter to Theranos, identifying five key areas in which the company had failed to meet compliance standards. “It was determined that the deficient practices of the laboratory pose immediate jeopardy to patient health and safety,” the letter stated, and Theranos was given 10 days to correct those deficiencies. Walgreens soon followed, announcing that in light of the CMS letter, Theranos “must immediately cease sending any clinical laboratory tests provided through Theranos Wellness Centers at Walgreens to the Theranos lab in Newark, Calif., for analysis”. The pharmacy chain also suspended Theranos laboratory services at its Palo Alto store.

By June 2016, Walgreens had terminated its partnership with Theranos and announced the closure of all 40 Theranos Wellness Centers set up at that stage. It later sued the company in November of that year for breach of contract. And because the firm had failed to address the stated deficiencies, in July 2016, the CMS revoked Theranos’s license to operate its California lab and banned Holmes from running a blood-testing lab for two years. Theranos then downsized its business by laying off more than 40 percent of its staff. By January 2017, another scathing Wall Street Journal article highlighted the company’s failure of another regulatory lab inspection in September. Not long after, the final blood-testing location was closed down.

Holmes and Balwani were both charged with “massive fraud” totalling in excess of $700 million in March 2018, which, according to the U.S. Securities and Exchange Commission (SEC), was committed through an “elaborate, years-long fraud in which they exaggerated or made false statements about the company’s technology, business, and financial performance”. The SEC also alleged that both were aware of the limitations of the Theranos proprietary analyser—namely, that it could perform only 12 of the 200 tests it claimed were possible on the patient-testing menu it had been marketing. They were then indicted on federal wire-fraud charges in June of that year, as they knew there were “accuracy and reliability problems” with the blood-testing technology and that it “could not compete with existing, more conventional machines”, the U.S. Attorney’s office stated.

Surekha Gangakhedkar, who worked as a lead scientist at Theranos for eight years and returned from a vacation in August 2013 to discover the imminent launch of the blood tests in Walgreens stores, revealed her alarm at how the rollout was being conducted. “I was very stressed and unhappy and concerned with the way the launch was going. I was not comfortable with the plans that they had in place, so I made a decision to resign and not continue working there,” Gangakhedkar recalled when testifying in September 2021, adding that she did not believe the Edison blood-testing devices were ready to be rolled out for consumer use and that “there were problems with getting consistent results”. But Gangakhedkar also said that Holmes pressured the team to validate the tests despite being aware of the accuracy issues. She described a meeting with Holmes, to whom she reported directly, that forced her to resign. “At that time, she mentioned that she has promised to deliver to the customers and didn’t have much of a choice then to go ahead with the launch.”

Lab associate Erika Cheung also testified, disclosing several important quality-control failures that ultimately created testing delays. “We had people sleeping in their cars because it was just taking too long…. Every few days, we were having to run samples over and over again,” Cheung testified, adding that she resigned her post just six months after joining Theranos as a college graduate because she “became concerned probably a month in with the Vitamin D samples”.

Ultimately, Holmes’s conviction hinged on knowingly misleading patients about the blood testing’s efficacy and exaggerating the firm’s credentials and performance to investors, of whom notable figures included former U.S. Secretary of the Treasury George Schultz, media mogul Rupert Murdoch and the Waltons, founders of Walmart and the United States’ richest family.

Looking back over the multi-year saga, moreover, the dedicated business leader that Holmes presented to the world makes for a particularly fascinating examination, especially given that many of the personality traits she sought to highlight were commonplace among the industry’s biggest names. “I work all the time. I’m basically in the office from the time I wake up and then working until I go to sleep every day,” she once remarked, mimicking the non-stop work ethic that the likes of Elon Musk and Steve Jobs made famous. “I am never a minute late. I show no excitement. ALL ABOUT BUSINESS. I am not impulsive. I know the outcome of every encounter. I do not hesitate. I constantly make decisions and change them as needed. I speak rarely. I call bullshit immediately.”

That last one was clearly applicable to everyone but herself, thus demonstrating that it was possible to fake it in Silicon Valley, at least for some of the time. And the fact that others could not “call bullshit” sooner will no doubt raise many questions for years to come over the substance of fund-raising models for Silicon Valley start-ups and just how significant a role hype and marketing play in the rise of questionable projects. That said, Holmes clearly had the gift of persuasion. “I knew she’d had this brilliant idea and that she had managed to convince all these investors and scientists,” Dr. Jeffrey Flier, the former dean of Harvard Medical School, who met her for lunch in 2015, told the British Broadcasting Corporation (BBC). “She was self-assured, but when I asked her several questions about her technology, she didn’t look like she understood. It seemed a bit odd, but I didn’t come away thinking it was a fraud.”

Eventually, however, her dishonesty was uncovered, and the 37-year-old Holmes is now awaiting her sentencing, scheduled for September 26. She remains free on a $500,000 bond until this date. Balwani continues to face charges, however, with his trial expected to begin later this year. “She chose fraud over business failure. She chose to be dishonest,” Assistant U.S. Attorney Jeff Schenk remarked upon her conviction. “That choice was not only callous, it was criminal.”