Top Posts
Western Banks Willing to Accept the Short-Term Pain of Russian...
Why the US Is Ramping Up Its Presence in Somalia...
How Technology Is Helping to Solve Global Supply-Chain Issues
UK Inflation Climbs to Fresh 40-Year High
Extended Reality and the Metaverse Are Leading Financial Services into...
Digital Currency: India’s Move Towards a Digital Financial System
Home Slider There’s an AI for That
Technology 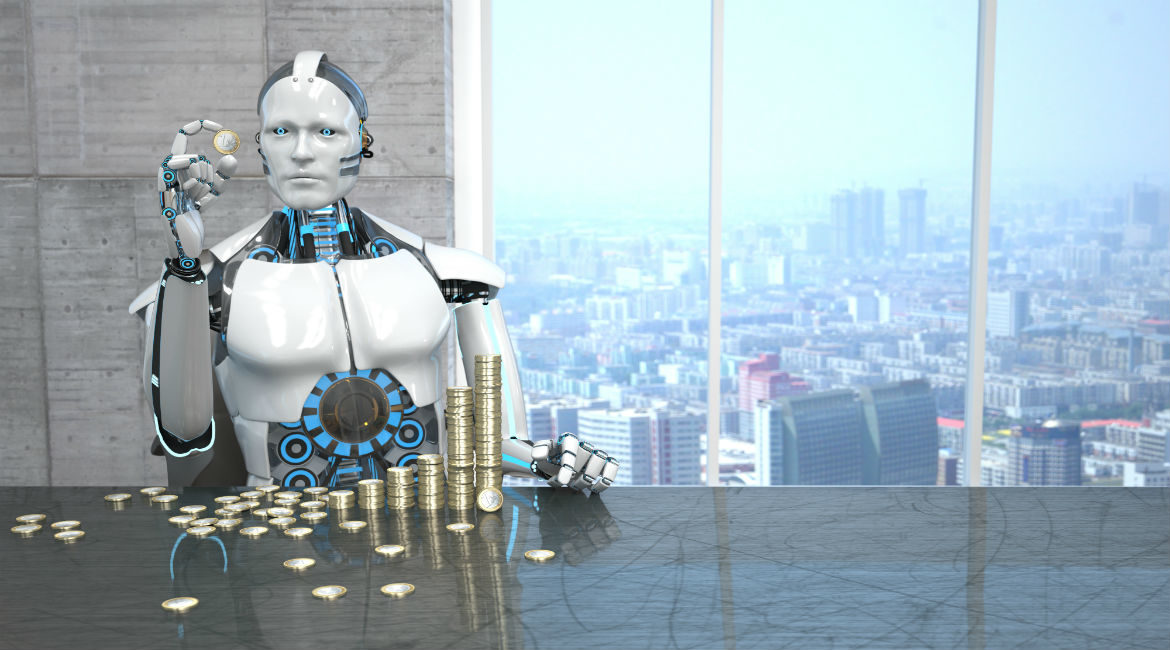 Around the world, artificial intelligence (AI) is transforming work, business and the economy. The banking industry is no exception. National attitudes toward AI adoption differ. But regardless of where banks are located on the planet, or along the AI-adoption curve, one thing remains the same: customer-centricity is key.

Given the heightened regulatory environment that came out of the global financial crisis, banks’ capital over the last decade has largely been spent in the areas of compliance, risk management and stress testing. It hasn’t been spent on designing new customer experiences or developing new products. In some ways, this is what led to the dawn of the fintech (financial-technology) era. If banks had had capital available, they would have continued to innovate internally, assuming they had the resources and culture to do so effectively. However, because that capital was required to be deployed elsewhere, a start-up ecosystem comprised of fintechs and other technology-based companies took on that innovation.

Now, stability has been restored in the financial-services ecosystem. Fintechs are creating experiences and approaches that are attractive to financial consumers. So, after having invested heavily on the regulatory side, banks are beginning to re-consume innovation by cooperating with, partnering with and/or acquiring fintechs. This is important because, in general, banks are not growing. They are, in most cases, trading at book value. And they are finally starting to realise that they are engaged in a talent, process and technology war with their competitors to build a better experience, lest they risk losing their customers.

Banks are on a journey to reinvent themselves.

In the past, many banks made a significant return from poor customer performance. For example, fee revenue from a customer defaulting on his credit card, late fees on loan products and even fees on ATM (automated teller machine) withdrawals negatively impact the financial wellbeing of consumers. Now, many banks and fintechs are trying to align themselves with the financial betterment of their customers.

Likewise, banks have historically been product manufacturers and marketers. For example, banks would manufacture an auto loan or mortgage product, then market it to consumers in the hopes of selling it. The sales process was labour-intensive, requiring consumers to fill out forms and provide information about themselves. But banks are now transforming from product-centric companies, which market and sell their products, to experience-centric companies, which serve their clients. Instead of selling an auto loan, banks are trying to facilitate a car-buying experience. If a customer were to enter an auto dealership with a banking app on his phone, his bank could conceivably “geolocate” him, identify that he is car shopping, and use structured and unstructured data to prequalify him for, and proactively offer him, an auto loan.

The role of AI

Technology helps banks provide better experiences like these for their customers by analysing and distilling data more quickly than humans can to create real-time impact. For this reason, AI is one of the hottest trends in the banking world today. And it’s true that AI can influence and improve this experience. In fact, if deployed well, AI can potentially inform the full end-to-end process—everything from how banks are finding customers to how they are servicing them.

That said, there are different regulatory models and different levels of urgency and adoption with respect to AI in different markets.

Most technology innovation appears to be happening in Asia. Organisations without legacy systems weighing them down have created great value for clients and shareholders alike. Mobile penetration is extremely high and the “digital exhaust”, the trail of data left by consumers’ digital and online activities, behaviours and transactions, is often monitored and used intelligently for customer betterment. In 2017, the Chinese government announced its intention to become a world leader in the AI field by 2030. Asia is in a hurry to advance quickly, and banks in the region are spending a lot of money on technology in general and AI in particular.

In Australia, banks are in a challenging situation. The Royal Commission has entered the scene, and there are a lot of new regulatory oversights. There are protests in the street about banks making too much money, similar to the Occupy Wall Street (OWS) movement of 2011 in the United States. Australia is adopting AI, but sometimes that adoption feels almost reluctant. According to Genpact’s research series, AI 360: insights from the next frontier of business, Australia is lagging behind counterparts in the United States and the United Kingdom when it comes to embracing AI. Only 43 percent of Australians believe AI is improving their lives, compared with 48 percent of UK and 59 percent of US consumers.

In Europe, banks are confident, profitable and perhaps overly comfortable. Resistance to change results in slower AI adoption. Many profitable European banks appear to be taking a wait-and-watch approach to AI. Similarly, banks in Canada have been taking a more passive stance. But we expect to see a very practical, pragmatic approach toward using AI to drive efficiency, speed, value and safety in Canada, as we see in the United States.

In America, there is also recognition among banks that technology is inevitable as a key driver of success. However, given the cost of investment, some mid-tier banks are struggling to compete. As a result, there is an emerging feeling that some banks are “too-small-to-succeed”. In fact, some of the comments regarding recent mergers and acquisitions indicate that the driver for combining organisations was in part due to finding efficiency and investment capital with which to fight this technology war against the banking behemoths with deep pockets that can afford to play an aggressive tech game.

Start with the end in mind

While many banks are excited about AI and believe it will provide significant benefits for their organisations and the industry at large, many still struggle to see the how and the where to apply it within their businesses.

As a result, banks and their boards often end up asking the wrong question. The question is not “What should our AI strategy be?” Rather, the questions are “What business outcomes are we seeking?” and “What experiences do our customers need?”Banks should address these questions with a clear understanding of where they want to drive value for the business and their customers, and awareness of the necessary process changes that AI can enable.

No matter where you are in the world, developing an AI strategy for the sake of simply having an AI strategy won’t produce great results. AI is a means to an end; it’s an enabler to enhance the experience between your users or customers, to augment your workforce to make them more effective and to drive value into your business. Good AI programs start with customer need and a business goal in mind.

Well said, Mark!! Nowadays companies are using artificial intelligence to save time and money as well as to boost operational efficiency. The use of AI technology specifically in the banking sector explained by you is impressive. It can analyze and distill data more quickly than humans, to create real-time impact, it includes smarter chat-bots for customer service, personalized services for individuals, and even placing an AI robot for self-service at banks. There also other AI tools like CSAT.AI, MaestroQA, ScorebuddyQA, and Salesforce Einstein which are useful for providing better customer service.