Top Posts
Investing Trends for 2022
Popular Trends in Digital Banking for 2022
Digital Twins: Future Drivers of Smarter Decision-Making
Why Data Transparency Can Fuel Dynamic Growth for Fintechs
What Is Synthetic Data, and Why Will It Be So...
The Pandora Papers: What Do They Tell Us?
Home Slider Thoughts on the Big Trends for Digital Lending in Asia in 2021
Technology 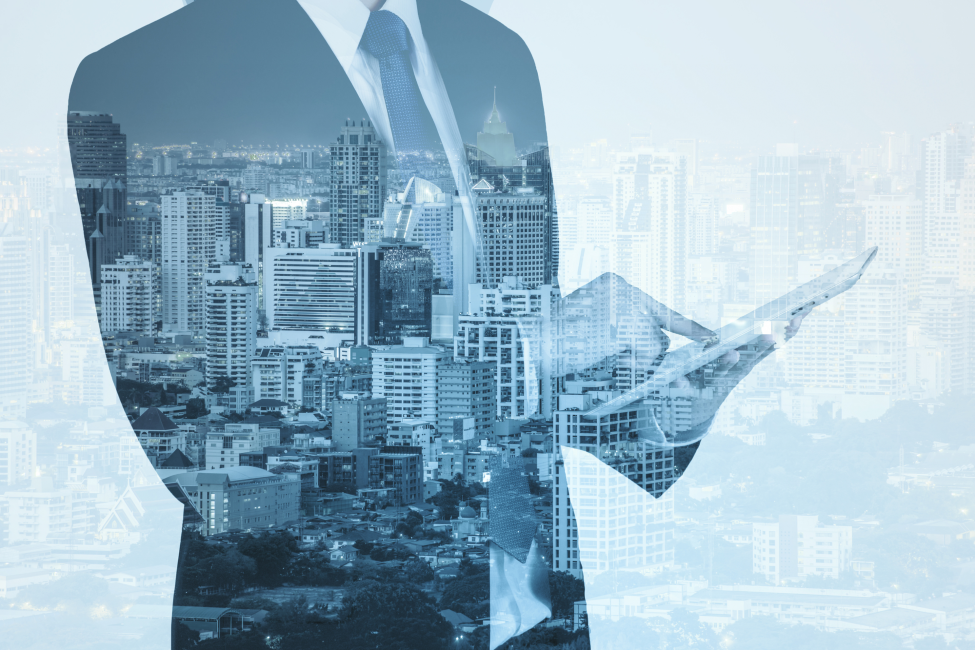 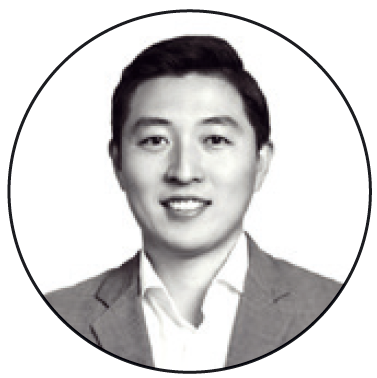 While the coronavirus was the overriding narrative throughout 2020, some bright spots hint towards a positive year for digital lending in 2021 and beyond. The global financial crisis (GFC) gave birth to many fintech (financial technology) companies that aimed to remove market inefficiencies and make financial services more accessible. Lockdowns caused by the coronavirus have forced the adoption of these technologies to speed up. In 2021, digital lenders are poised to take full advantage of the strong, positive global sentiment that investors and consumers have towards fintech. Below are several key digital-lending trends for the new year:

Not since LendingClub’s market debut back in 2014 has there been this many digital lenders lining up to go public. Fintech news about merger and acquisition (M&A) deals and initial public offerings (IPOs) flooded the headlines throughout 2020, and the fintech frenzy continues in 2021. Well-funded venture-capital (VC)-backed Affirm, SoFi and UpStart are market leaders in digital lending and among those that announced plans to go public last year.

Affirm recently moved forward with its plans to launch its IPO. The provider of point-of-sale (POS) credit opened trading in mid-January of this year. Affirm priced its shares at $49, but the stock began trading at nearly 100 percent in its market debut, at $90.90 a share. Affirm’s market cap is now valued at $23 billion, well above its pre-IPO valuation of $2.9 billion back in 2019. This positive news confirms that investor sentiment towards digital lending and fintech in general is extremely high.

SoFi also announced in early January of this year that it is nearing a deal to go public through a merger with Social Capital Hedosophia Holdings Corp V, a special-purpose acquisition company (SPAC) led by venture-capital investor Chamath Palihapitiya. If the deal goes through, the merger will allow SoFi to list on the New York Stock Exchange (NYSE), valuing the company at $8.65 billion. While not the typical approach, SPACs have become increasingly popular among companies looking to go public, with executives attracted to a faster route than traditional IPOs.

The positive-news momentum is great for the digital-lending industry worldwide. In Asia, there has been lots of fintech activity, but there has yet to be a big winner. Southeast Asia, China and Korea all have digital lenders that have greatly matured during recent years. 2021 will be an important year for Asian digital-lending companies to strategically capture greater market share, much like what is happening in the United States, for the next step forward.

New regulations tailored to digital lending are a driving force for digital lending to finally become more mainstream and enter a more mature stage. As an example, Korea established digital-lending laws in 2020, making it the first country in the world to draft laws solely dedicated to digital lending. The implications of the laws go beyond simple consumer protection. They recognize digital lending as an official sector of the financial industry and signal credibility and validation of digital lenders and the overall attractiveness of the Korean lending market. There have been more than 250 digital lenders in Korea since their debut in 2015; however, financial regulators expect to approve only three to five licenses this year. Many digital-lending startups are unable to meet the high regulatory standards required and, therefore, will be disqualified and forced to close by August 2021. The same market consolidation happened for digital lenders in China and Indonesia. The major digital-lending players, including PeopleFund, successfully submitted license applications at the end of December 2020 and expect results by April of this year. The new law will allow only the strongest digital lenders to survive and encourage more global institutional funding to flow to Korea’s market leaders.

Regulatory changes are also rapidly developing in the US to allow digital lenders to innovate in new ways. Worth noting is the number of digital lenders making moves to either purchase a bank or apply for a bank license. For example, UK-based digital lender Zopa won a banking license in June 2020, and US-based digital lender SoFi applied for one in July. This seems to be a working strategy to capture greater market share and meet consumers’ changing needs. In January, LendingClub received approval for its acquisition of Radius Bank, making it the first fintech lender to buy a digital bank. With the purchase of Radius Bank, LendingClub will be able to provide new products and services to its customers beyond just lending.

On a less positive note, China’s decision to halt the IPO of Ant Group, which includes its lending arm Ant Financial, is an example of how regulations can make or break new technologies. New technologies and innovations have elicited concern from regulatory bodies throughout history since there is no legal-framework precedent to follow. The rapid growth of online financial services has urged governments worldwide to enforce regulations to avoid systematic risks to financial systems. Regrettably, drafting and enacting legislation is not a quick process and can put the brakes on the growth of companies filled with potential. What is critical is getting the proper legal frameworks in place to minimize risks while not hindering innovation for the next growth stage.

Since their debut in 2010, digital lenders have focused on proving their worth to users and investors. In 2021, the digital-lending industry is transitioning from proving its worth to finding its permanent place in a world where digital lenders, big tech companies and incumbent banks coexist and thrive together.

The number of big tech and fintech partnerships with banks has mushroomed over the past decade because their relationships are mutually beneficial, with partnership returns resulting in profitability levels two to three times above average. Initially, many partnerships between these three parties were all about leveraging each other as sources of new customers or meaningful but cursory partnerships that bolstered branding efforts. Going forward, digital lenders will forge deeper partnerships with big tech companies and banks by going beyond customer sharing and towards infrastructure sharing, co-developing products or merging through M&A deals, such as the Amex (American Express) acquisition of Kabbage.

In particular, incumbent banks are cash-heavy, so partnerships and acquisitions are natural ways to expand consumer lending and other financial services. For example, Goldman Sachs has worked with and invested in multiple digital-lending platforms already. It has also gone ahead and developed its own consumer banking arm, Marcus, and is openly looking to build itself up through transformational acquisitions.

Banks, big tech and fintech lenders will all agree that the lending system is broken throughout the world, largely because of legacy credit systems’ limitations. Legacy credit systems fail to identify and quantify risk properly because credit scores are calculated based on limited, predesignated data pools. This results in large market inefficiencies, causing millions of creditworthy individuals to not be served or pay too much to borrow money.

Digital lenders first entered the market to solve these inefficiencies by converting offline transactions to online, streamlining processes with technology and finding novel ways to improve the underwriting process. Digital lenders have built their competitiveness by enhancing the quality of self-generated data, including the real data of its borrower pools and alternative data such as voice recognition and web behavior. Some startups have also introduced machine learning and AI (artificial intelligence) to their methods, which will likely take on a greater role in improving underwriting efficiency and accuracy. US-based digital lender UpStart has incorporated artificial intelligence to expand the information used to make credit decisions and optimize responses to repayment and delinquency data.

Big tech companies such as Grab in Indonesia and Naver and KakaoPay in South Korea have also expanded to include financial services. While big tech companies have substantive customer data, they do not have high-performing credit models with long track records. This is a major gap in the context of lending decision-making. This is why big tech companies have partnered with digital lenders, such as Google with LendingClub, Alibaba with Kabbage and in Korea, KakaoPay with PeopleFund.

The focus now is on how incumbent banks and other lending institutions will finetune and compete head on with fintechs and big techs. Already they are quickly benchmarking newcomers and investing heavily to devise strategies that will update their technology capabilities. Unfortunately, compared to legacy credit systems, the history of digital lending is not long, so more data must be accumulated to understand fully how its self-generated data, machine learning, AI and alternative data impact credit models and to see what really sticks. The gap between underwriting used by traditional lenders versus newer fintech players may be minimal right now; however, the growing collection of data by leading digital lenders shines a bright light on the expectations for this gap to increase substantially in the years to come.

So, where do we go from here?

The bottom line: the pandemic has no doubt accelerated fintech adoption that was bound to happen, and digital lenders have been big beneficiaries of this. This year, we will continue to see more users flock to fintech services, with them becoming the new normal. With viable technologies, lending infrastructures and legal frameworks in place, the time is ripe to finally see some big digital-lending winners emerge from the Asia region.

Lasting Effects of COVID-19 on Bank Sales: Why Behavioral Intelligence and Advanced Analytics Are Key