Top Posts
Forging a Digital Framework to Harmonize the Global OTC Derivatives...
The Paradox of AI and Investing
Malaysia’s Fight Against Climate Change: Perspectives from a Central Banker
Crypto-assets and the Relevance of International Private Law
Whither International Banking Regulation?
Interview with Mr. Selman Bicaco Urrutia, Head of Private Banking...
Home Slider Welcome to the “Fintech Circus”—Coming Soon To a Town Near You
Technology 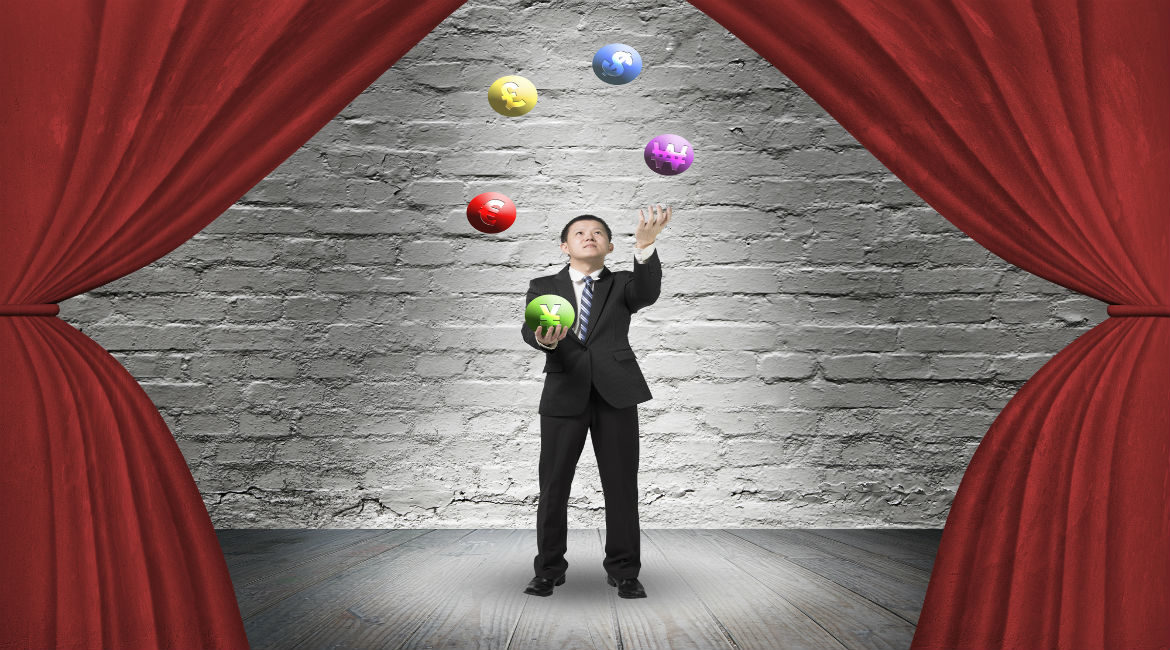 The “Fintech Circus” known as Money20/20 came to Las Vegas recently, and it was a great opportunity to assess where the banking industry stands in relation to the innovation taking place in the area of API (application programming interface)-based Open Banking. As the recent Finovate Conference in New York City also highlighted, we are seeing a shift from disruption towards enablement: a fintech-powered enhancement of the capabilities of banks and processors aimed at better serving the needs of retail and corporate clients alike.

The changing role of would-be fintech disruptors signals the emergence of a new dynamic within the financial-services industry: the 1990s “land grab” mentality of securing end users through in-house product development is giving way to a new ethos of codependence between fintechs and banks. A shift like this would be welcome for the health of our financial system—and especially welcome by banks and legacy processors who have become wary of the “friends or foe?” dilemma of fintech strategic policymaking.

I’ve been following the evolving love-hate relationship between banks and start-ups since the late 1990s, and so the pattern of banks begrudgingly ceding turf to new fintechs is very familiar: from initial denial by banks of the underlying technological change (say the Internet or the current primacy of mobile), to a subsequent and short-sighted go-alone and finally to an acceptance of banktech as an enabler of better customer experience, with the subsequent success of online banking pioneers such as S-1, Corillian and others.

Nowadays, banks’ readier acceptance of fintech is broadening into greater horizontal collaboration as well. In the early 2000s, when my team at Metavante acquired an interbank bill presentment and payments switch owned by Spectrum, the acquisition didn’t amount to much. This was because the founding banks (Wells Fargo, Chase and Wachovia) didn’t seem to have much incentive to collaborate back then. Fast forward to 2017 with the emergence of fintech titans such as PayPal, Venmo and Stripe; now large banks have plenty of appetite for cooperation, both amongst themselves and with fintechs.

As the second wave of banktech ripples through the industry, the immediate question becomes: what form will a new model of cooperation take? Interestingly, the second wave of bank-fintech cooperation is not emanating from North America and hitting the shores of Europe (as things worked in the nascent 1990s), but actually the reverse. The wave in question is Open Banking that is based on published APIs.

The UK, Europe take the initiative.

As long ago as 2002, the British government has sought to wrest market dominance from the four clearinghouse banks and unlock innovation and competition for consumer and SME (small and medium-sized enterprise) banking services. In early 2016, the HM Treasury published a report of the Open Banking Working Group (OBWG) that effectively mandated the use of open APIs to drive innovation in banking and expand competition.

Despite the overhang of Brexit on the UK banking scene, it’s clear that the United Kingdom’s stance on competition in financial services is consistent with the EU’s (European Union’s) own Revised Directive on Payment Services (PSD2), which among other things mandates the opening up of the bank-end systems of large banks in order to enable the activities of account aggregation and payment-services specialists.

The impact on the UK market for banking services is expected to be significant, and in fact is only the first step in the expected liberalization of competition in this realm. As Economic Secretary to the Treasury Stephen Barclay MP explained recently at the Payments 20 (P20) conference in London: “Open Banking will allow FinTech, Payments and E-money firms to challenge incumbents by offering tangible benefits, new products and cheaper prices to their consumers, drawing on the consumer’s own data…. As the first major economy to truly adopt Open Banking, I am determined that we share our experience to help inform the development of similar initiatives.”

While regulatory-driven changes in the UK banking market take shape, the situation is a bit different in the United States, where the fragmented regulatory landscape and resistance to government-mandated market structures both remain strong. A whitepaper released last year by the White House’s National Economic Council (NEC) concluded that better cooperation between all stakeholders in financial services would yield greater innovation to the benefit of all market participants and the US economy in general, as summarized here: “A policy strategy that helps advance fintech and the broader financial services sector, achieve policy objectives where financial services play an integral role, and maintain a robust competitive advantage in the technology and financial services sectors [will] promote broad-based economic growth at home and abroad”.

Whether the next chapter in bank and fintech cooperation will be driven by the regulators or the free-market is not yet clear—and perhaps not as important in the long run as the issue of how bank consumers will benefit from Open Banking. Regardless of which side of the pond you’re on, of more immediate concern is the readiness of the core banking systems to meet the impending demands of API-driven Open Banking. Back in the early days of online banking, most core banking systems were already 15 or 20 years old, and today most of these legacy systems remain in use at even the largest banks.

It is true that the legacy core banking systems have been equipped for the past 10 or 15 years with SOA (service-oriented architecture)-based middleware that allows for easier integration with the bank’s channel systems (including third-party applications), but the future demands placed on legacy banking systems will be far greater than what the current state of middleware will easily support.

A buzzword often invoked when speaking about Open Banking and APIs is microservices, which refers to the provision of access by third-party developers to the functionality supported by the core banking system at a very low-level. For example, if a developer at a payment services provider such as PayPal wanted the bank’s system to perform a standard AML (Anti-Money Laundering) check on a pending payment transaction, the bank’s existing systems could support the request; however, if the developer wanted to create a customized approach to handling the AML check, the banking system would be unable to support this non-standard request.

While the clever individuals on the systems support staffs of large banks will initially work to create system work-arounds to support the demands of Open Banking platforms for microservices, in time they will realize the futility of the task and will look to transition their legacy banking platforms to modern technology that natively supports microservices. And sure enough, there is a healthy and growing community of fintech startups that have already begun the journey towards unlocking legacy banking systems and ushering these incumbent financial institutions into the new world of Open Banking.

As Open Banking ripples spread East and West, it won’t just be the consumer that benefits from a more competitive banking environment and stricter data regulations, but also the banks that lean in and seize the opportunity. Our prediction is that someday soon we will experience a tipping point that triggers another wave of innovation based not on better mobile-banking services, but fundamentally different ways of delivering banking services.

Stay tuned: The fintech circus is coming to your town soon.

PSD2: Are you ready for Strong Customer Authentication (SCA)?

The Brexit Clock Is Ticking for Financial-Services Firms—but Are There Any Real Winners?