Top Posts
How Gamification is Catapulting Digital Banking to the Next Level
Challenges Remain, But There Are Opportunities to Be Had in...
Interview with Mr. Olukayode Pitan, Chief Executive Officer and Managing...
Commodities Outlook for 2023
The Value of Cash in a Time of Crisis: How...
The US-Africa Leaders Summit: Fostering a Closer Relationship with the...
Home Slider What Exactly Is the Metaverse?
Technology 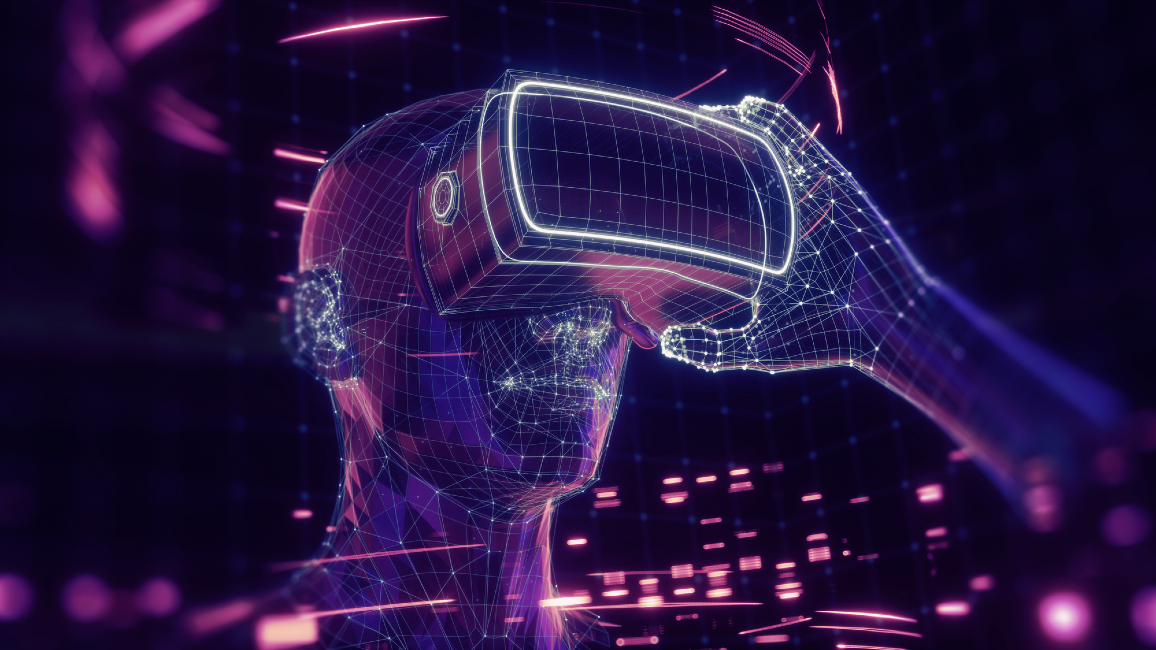 It’s not every day that global investment banks predict a sector to be an $8-trillion opportunity. And yet, on January 24, Goldman Sachs described the metaverse as potentially being just that, thus joining its rival Morgan Stanley, which had already put an $8-trillion tag on the space in November. Among the biggest buzzwords in 2021, it seems that more people are waking up to the enormous possibilities the metaverse could hold, even though the concept remains a mystery for some.

The metaverse is viewed as one of the next major evolutions of the internet, although the concept itself is not a new one. It was first coined in 1992 by author Neal Stephenson in his iconic cyberpunk novel Snow Crash, which envisioned a virtual-reality-based environment that ends up succeeding the internet. And the main technologies involved in creating such an environment, such as virtual reality (VR), augmented reality (AR) and 3D (three-dimensional) graphics, have been around for even longer.

Today, those technologies continue to pave the way for the metaverse, a digital world in which real people can interact through their avatars—that is, their 3D representations—and participants are untethered from the physical world. Or, more formally: “The Metaverse is an expansive network of persistent, real-time rendered 3D worlds and simulations that support continuity of identity, objects, history, payments, and entitlements, and can be experienced synchronously by an effectively unlimited number of users, each with an individual sense of presence,” Matthew Ball, venture capitalist and author of a number of extensive analytical pieces on the metaverse, wrote in June 2021.

In other words, the metaverse allows people who are not in the same physical space to interact in a virtual environment—socialising, collaborating, working, learning and playing as their avatars. Clearly, in the current global environment, which continues to be dominated by the pandemic narrative, the idea of being able to interact with others without the threat of catching or spreading a deadly virus simply by putting on a VR headset has a distinct appeal. And in some cases, the need for virtual collaboration is more essential than ever before. “The metaverse is essentially a massive, interconnected network of virtual spaces,” Rabindra Ratan, associate professor of media and information at Michigan State University, recently told ABC News. “In theory, we’ll be able to move from one virtual world to another in the metaverse, but we’ll be wearing virtual reality goggles or maybe augmented reality.”

And if some of the recent actions taken by tech giants such as Facebook and Microsoft are any guide, then it would seem that the metaverse is going to be a big deal. Indeed, the metaverse was vaulted into the global spotlight when in early November 2021, Facebook announced the name change of its parent company to Meta. “The metaverse is the next evolution of social connection. Our company’s vision is to help bring the metaverse to life, so we are changing our name to reflect our commitment to this future,” the company states on its website.

Such an “on-the-nose” name change clearly demonstrates Facebook’s ambitions to become synonymous with the metaverse. And the company’s estimated $10-billion investment in 2021 alone underlines its commitment to the space. “You can think about the metaverse as an embodied internet, where instead of just viewing content—you are in it,” Mark Zuckerberg, chief executive officer of Facebook and now Meta, explained in a July 2021 interview with US tech publication The Verge. “You feel present with other people as if you were in other places…. So that can be 3D—it doesn’t have to be. You might be able to jump into an experience, like a 3D concert or something, from your phone, so you can get elements that are 2D or elements that are 3D.”

And in its single biggest ever purchase at $68.7 billion, Microsoft recently announced its decision to acquire video-games firm Activision Blizzard, stating the move was part of an expansion into the metaverse. With the Richmond, Virginia, tech giant already ahead of most of the competition when it comes to such technologies and themes as VR, AR and artificial intelligence (AI), Activision Blizzard’s gaming expertise will undoubtedly position Microsoft among the leaders of creating immersive metaverse experiences at this early stage.

Even Nike has laid the foundation to enter the metaverse, having filed a handful of new trademarks to sell virtual footwear. The filings “would very clearly be a nod to this idea of the metaverse”, according to trademark attorney Josh Gerben. “They’re filing new applications for the company’s main trademarks, saying that they’re going to launch and start selling virtual clothing, headwear, shoes, in online and virtual worlds.”

So, what will the metaverse look like? Although it may still be too early to draw any firm conclusions, many expect it to be not too dissimilar to what we experience in real life, replete with houses, parks, shops, museums and roads possibly spread across a number of different virtual worlds. Users will also attend concerts in the metaverse, with the likes of popstars Justin Bieber and Ariana Grande having already performed through their avatars. NFTs (non-fungible tokens) also play a significant role in the metaverse as far as ownership of digital goods is concerned, with such tokens securely verifying who owns what through the use of blockchain technology.

Indeed, demonstrating just how valuable the metaverse is already proving to be, prices for land in this virtual world are already soaring. “The metaverse is the next iteration of social media,” Andrew Kiguel, chief executive of Toronto-based Tokens.com, which invests in metaverse real estate and NFT-related digital assets and paid a whopping $2.4 million for land in the online world of Decentraland, recently told CNBC. “Prices have gone up 400 percent to 500 percent in the last few months.”

Kiguel went on to explain that the metaverse real-estate market operates in a very similar manner to that of the real world, with the location of the property being of paramount importance. “There are areas when you first go into the metaverse where people congregate—those areas would certainly be a lot more valuable than the areas that don’t have any events going on,” he said. “Think about the board game Monopoly. We just bought Boardwalk and the surrounding area…. Areas, where people congregate, are far more valuable for advertisers and retailers to find ways to get in there to access that demographic.”

But producing this virtual universe will take time, and we remain near the beginning of that journey. “People are building it in slow bits and pieces. We don’t know exactly how people are going to use the metaverse,” according to Rabindra Ratan. And the exact nature of the metaverse remains on the table—will it be more utopian than the real world, or will it have similarly replicated imperfections? Will a political system be implemented? And what are the rules and norms by which virtual societies will abide? And perhaps more importantly, who gets to decide all of these rules?

The notion that the metaverse will solve all these ongoing issues and debates seems far-fetched, and one must question how much utility and benefit a virtual world can truly offer humanity. Indeed, Raj Gokal, co-founder of Solana Labs, recently Tweeted: “I worry that the metaverse is overhyped (industry-wide). I haven’t seen this much hype in mainstream media over an unreleased product or category of products, maybe ever.”

At this stage, the sheer concept of a metaverse will undoubtedly provoke a number of ethical and practical questions. Nonetheless, with several high-profile thought leaders sizing up the metaverse opportunity in the trillions—Ark Investment Management’s (Ark Invest’s) chief executive officer, Catherine Wood, and crypto-asset manager Grayscale Investments among them—it would seem that the envisioned virtual economy could well be substantial, ultimately impacting virtually every sector in ways that remain inconceivable at present.

Theranos and the Rise and Fall of Elizabeth Holmes

The Impact of COVID-19 on Global Poverty