Top Posts
Challenges Remain, But There Are Opportunities to Be Had in...
Interview with Mr. Olukayode Pitan, Chief Executive Officer and Managing...
Commodities Outlook for 2023
The Value of Cash in a Time of Crisis: How...
The US-Africa Leaders Summit: Fostering a Closer Relationship with the...
Three Key Sectors in Which to Invest in 2023
Home Slider What Is the Internet of Behaviour?
Technology

What Is the Internet of Behaviour? 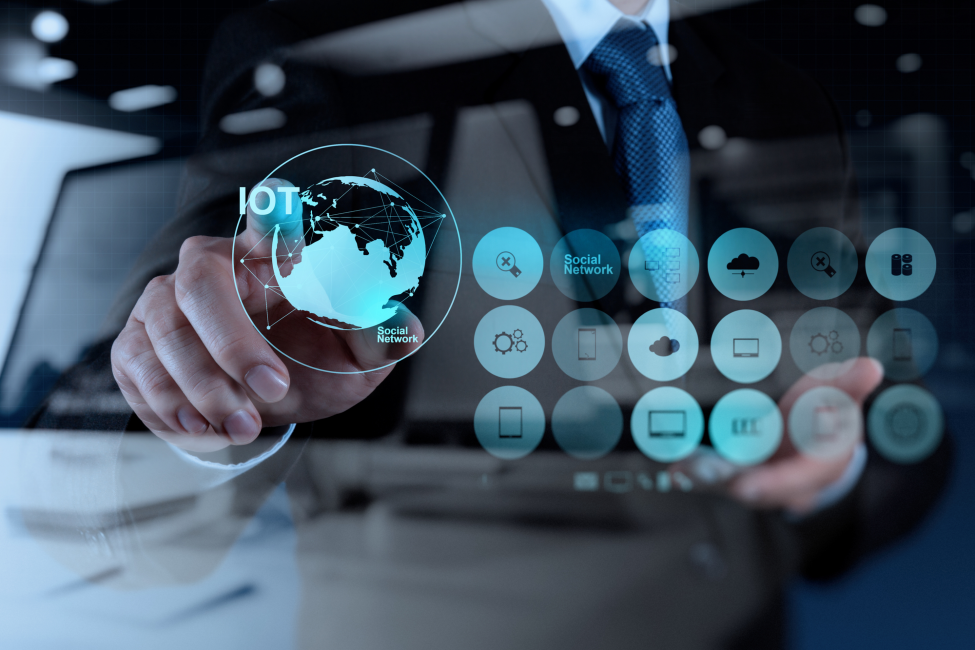 By now, most of us will have at least heard of the Internet of things (IoT), with many excitedly anticipating the realm of possibilities that the collection and utilisation of data by IoT devices will eventually offer. Among those possibilities is the invaluable insight that this data will provide, particularly with regards to our interests, preferences and regular habits and practices. As such, the Internet of behaviour (IoB) expands upon the IoT to reveal significant information about our behaviour.

While the IoT is concerned with connecting devices, the IoB is focused on connecting people and their behaviour, and it is thus mainly concerned with how best to utilise the data produced from this behaviour. The concept itself is thought to have originated in blogs written by psychology professor Göte Nyman in 2012, when he described a way “to offer individuals and/or communities a new means to indicate selected and meaningful behaviour patterns, as many as they like, by assigning a specific IB address (analogous to the internet of things) to each behaviour…pattern just as the person or community sees as best”. Since then, Nyman has clarified his position, referring to the IoB as being the targeting of any ongoing, intended, imagined or planned behaviour on earth and approaching a person at the right time with appropriate services when such behaviour occurs, without having to know that person at all.

More recently, the IoB has gained attention, thanks to Gartner naming it among the world’s biggest strategic technology trends for 2021. “The Internet of Behaviour captures the ‘digital dust’ of people’s lives from a variety of sources, and that information can be used by public or private entities to influence behaviour,” according to the research firm. Gartner also predicted that 40 percent of people globally (more than three billion people) will have their behaviour tracked through the IoB by 2023, and that by the end of 2025, more than half of the world’s population will be subject to at least one IoB programme, whether it be commercial or governmental.

Whether it’s our social-media usage, geolocation data via our smartphones, credit-card purchases or even food preferences, data can originate from a multitude of sources. And as more of it can be gleaned from our daily activities, the IoB will capture more information about our behavioural patterns and choices. And by understanding this data, one can gain a significantly more granular understanding of people’s behaviour than was previously possible, which can enable interested parties to utilise it for a variety of use cases. “Internet of Behavior (IoB) will be used to link a person digitally to their actions,” Gartner predicted. “For example, linking your image as documented by facial recognition with an activity such as purchasing a train ticket can be tracked digitally.”

Usually, the results from such an exercise will better inform relevant stakeholders in the process and allow them to make better decisions as a result. For companies, this should mean marketing products more effectively to their customers or improving a product’s or service’s overall user experience. Indeed, its application in the real world is likely to be widespread, covering everything from the way we work, shop and eat to the people with whom we interact and the destinations to which we travel. Hypothetically, information concerning virtually every facet of our lives can be gathered, with the ultimate aim of improving efficiency and quality across a wide variety of objectives.

It may also allow interested parties to identify areas in our lives that we could improve. “Consider a health app on your smartphone that tracks your diet, sleep patterns, heart rate or blood sugar levels,” software company BMC recently suggested. “The app can alert you to adverse situations and suggest behaviour modifications towards a more positive or desired outcome.” Or if you typically buy junk food at a significantly higher-than-average rate, and this data is being tracked, it may alert health providers to engage with you to ensure that you are not endangering your health. Such information can also prove crucially important to companies by providing them with greater insight into how they should be directing their marketing efforts and to whom. “The same wearables that health insurance companies use to track physical activities to reduce premiums could also be used to monitor grocery purchases; too many unhealthy items could increase premiums,” Gartner observed.

Perhaps more controversially, however, the IoB will also be used to encourage or discourage certain behaviour. Compliance with health protocols provides just one important example, especially given the ongoing coronavirus pandemic and resulting lockdowns that have necessitated often severe changes in people’s daily behaviour. From a health standpoint, for instance, a Test and Trace app on smart devices can help healthcare systems to monitor people’s locations and activities to ensure they are minimising their chances of contracting the virus as well as complying with government-mandated social restrictions. In such cases, the IoB can be used effectively to enhance overall public welfare.

But when do the consideration for public welfare and concurrent sacrifice of private freedom become problematic? Clearly, there are broad, clear ethical implications that arise from such technology. Consuming copious amounts of alcohol, for example, may not represent the ideal behaviour from a health perspective or even from the standpoint of peace and order throughout the wider community, but it may well maximise the individual’s personal utility. And what about those with untreated addictions and compulsions? Will an online-shopping addict’s behaviour be easily detectable, and will she receive the appropriate treatment in a timely manner? Or will her multiple purchases lead only to a worsening of her condition as retailers monitoring her behaviour through the IoB continue to offer her ever more enticing deals?

It also puts such issues as widespread public surveillance under the spotlight. By monitoring people’s behaviour on a continuous basis, one must question just how different the IoB will become compared with surveillance-based programmes such as China’s Social Credit System. Clearly, there are key differences, given that one is government sponsored and the other mainly concerns the private sector. But the idea of “encouraging better behaviour” and “discouraging sub-optimal behaviour” is not always going to appeal to those who value their civil liberties. “At the end of the day, the IoB must offer a mutual benefit to both parties or risk being rejected by consumers,” Gartner acknowledged. “Much of the scope and execution of an IoB will depend on local privacy laws, which may affect how data can be used and in what way.” And while collecting data to influence behaviour has the potential to be a powerful tool, its social reception might ultimately depend on just how “heavy handed” organisations are in trying to accomplish their objectives.

As such, it would seem that a technology that seeks to not only use people’s data but, more crucially, influence their behaviour must be accompanied by sufficient transparency in a manner that does not violate privacy rights. Those rights vary greatly between the world’s jurisdictions, moreover, which should end up having a considerable impact on the adoption and scale of the IoB across the world. Ultimately, the security of personal data will have to be front and centre of regulators’ concerns as this technology continues to expand to ensure that trust between individuals, companies and other stakeholders is maintained at all times.

The Impact of Robotic Process Automation on Financial Services

Thank you very much for the kind and understanding approach. In fact I had banks and finances on my mind (from customer behavior perspective) when thinking of first applications. I’m still convinced of the concept but at the same time want to formulate IoB, improve and implement it. More in gotepoem blog and my book. I did try domething in a specific pilot – the concept works. Thank you again for the delight.

I’d like to add, especially to the Gartner view that my original idea is to separate behavior data and personal I’d – when it is needed. Thete is huge market potential in this, but if course often I’d is necessary.