Top Posts
How Gamification is Catapulting Digital Banking to the Next Level
Challenges Remain, But There Are Opportunities to Be Had in...
Interview with Mr. Olukayode Pitan, Chief Executive Officer and Managing...
Commodities Outlook for 2023
The Value of Cash in a Time of Crisis: How...
The US-Africa Leaders Summit: Fostering a Closer Relationship with the...
Home Slider What’s Really Behind Beijing’s Crackdown on Its Tech Industry?
Technology 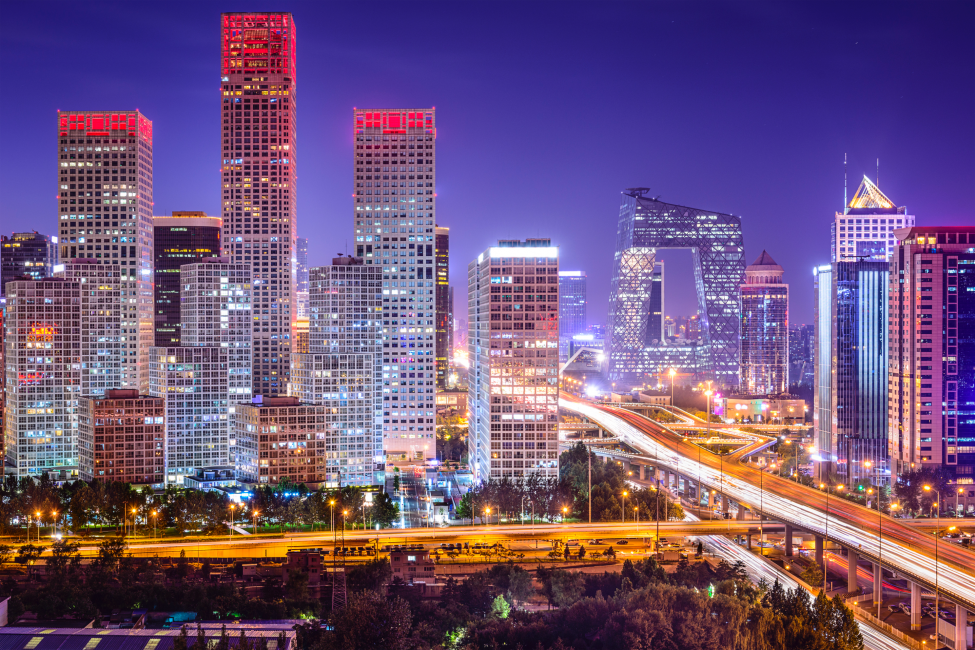 During the final quarter of 2020, the Chinese government embarked on a comprehensive, all-encompassing crackdown on its tech industry, sending massive shockwaves across the world and signalling that the best days for the likes of Alibaba, Tencent, ByteDance and DiDi could well be behind them.

Indeed, it’s not exactly a distant memory to recall when China was keen to promote and extol its new generation of tech stars that were driving much of the innovation taking place around the world. It was also setting up a mouth-watering rivalry for the ages with Silicon Valley for the position of global tech supremacy. But all that seems to have been nipped in the bud by a Beijing that demonstrated increasing wariness throughout 2021 over what it considers the excessive—and often immoral—capitalistic impulses of China’s big-tech sector, with many impactful decisions taken outside the periphery of government supervision and not always in the best interests of Chinese society as a whole.

Arguably, the clampdown began with the government’s suspension of the planned initial public offering (IPO) of Jack Ma (Yun)’s Ant Group—the official explanation being that it was for investor-protection purposes. But it was widely believed at the time that this unusual action was in response to Ma’s criticisms of the government being too conservative about taking on risk, in turn stifling innovation. Indeed, shortly after making those comments, Ma and his fellow Alibaba executives were called to a closed-door meeting with regulators before the IPO was officially cancelled the next day.

Since then, it has been a year or so of landmark legislation being approved by lawmakers against the tech industry. New anti-monopolistic regulations were introduced in February to prevent tech companies from implementing algorithms that tempt consumers to spend excessively, before Alibaba was hit with a whopping $2.8-billion antitrust fine two months later. Ant Group was also ordered to undertake a major restructuring of its business. By July, it was the ride-hailing app DiDi that faced the ire of regulators, with the company being banned from app stores soon after launching its $4.4-billion IPO on the New York Stock Exchange (NYSE). And there has been a whole heap of restrictive rules that have been implemented, including August’s limiting of video-game playing for under-18s to three hours per week to curb gaming addiction; September’s banning of cryptocurrency transactions and mining; and new, labyrinthine rules for companies seeking approval to list on overseas exchanges.

Viewing the crackdown more holistically, President Xi Jinping cited the “disorderly expansion of capital” as one of the chief reasons for certain measures being taken, not only against the tech sector but across a wide range of industries and individuals. As far as tech is concerned, however, Xi Jinping has condemned its “barbaric” growth, particularly that of platform companies that have amassed not only billions in revenue but also vast oceans of consumer data. In late August 2021, for example, the Central Committee for Deepening Overall Reform published the following statement: “In light of some platform companies’ barbaric growth and disorderly expansion, we intensified anti-monopoly supervision, investigated and dealt with the monopoly and unfair competition behaviours of relevant platform companies in accordance with the law, achieving initial results in preventing the disorderly expansion of capital, and steadily improving fair competition in the market.”

As such, Beijing’s drive to boost “common prosperity”—especially within technology, real estate, education and entertainment—is ostensibly being carried out in favour of “high-quality” growth maximizing the benefit for the population rather than simply being about raw figures. “After the initial shock to markets, there is now more clarity on where regulation is going,” Dan Wang, chief economist at Hang Seng Bank (China), told Bloomberg in September. “There will be a restructure of the digital economy in the coming years and anything not consistent with the national strategy will get toned down.”

Significant investments are thus being touted to advance breakthroughs in “stranglehold technologies” and “internet giants with massive amounts of data and advanced algorithms should shoulder greater responsibility”, according to Tang Jianwei, chief researcher at the Bank of Communications Financial Research Center, who wrote an article explaining the “disorderly expansion of capital” that was reposted by China’s top government body.

Indeed, one of the standout areas in which government intervention within the tech sector has been most pronounced is big data, particularly the use of data by companies for a wide array of activities, including lending, payments, social media, e-commerce and money management. In April 2021, China’s biggest regulators mandated that 13 of the biggest tech firms in the country had to adhere to much tighter, more complex regulatory scrutiny over the massive quantities of data they held pertaining to hundreds of millions of users. In short, then, the government has desired greater access to such data, with subsequent laws passed by Beijing making it harder for tech companies to avoid compliance with such requests.

Perhaps this is understandable—after all, we are now witnessing across the world the sheer power that tech behemoths such as Google and Facebook continue to command whilst in possession of customers’ personal data. Indeed, valid concerns that similar power structures could well form within China’s tech sector seem to have motivated many of the government’s restrictive measures that have been put in place over the last year or so.

That said, the reasons behind some of the measures that have been taken are perhaps not quite as obvious. The education technology (edtech) sector, for example, has experienced a wave of regulatory action that seemingly has less to do with data access and more with Beijing’s controlling ambitions toward Chinese society. In July, for example, restrictions were introduced that required private-tutoring companies to be registered as non-profits and to stop teaching subjects already taught in schools, the official justification being that such rules would relieve pressure on school children and reduce the tutoring costs for parents.

Edtech companies are now barred from raising capital overseas and providing their private-education services on weekends and holidays. Such legislation had a dramatic impact on the $120-billion industry, with the country’s largest tutoring company, New Oriental Education and Technology, losing 74 percent of the value of its US-listed stock in July alone. Indeed, the private-tutoring and test-preparation sectors, in particular, have taken a hammering at the behest of state intervention. As such, one might well question China’s purported appetite for making further advances in the direction of market liberalisation—and away from central-government planning—when such draconian legislation is being enacted.

Nevertheless, many feel the edtech crackdown is warranted, especially given the hugely intense pressures on Chinese parents to deliver academic success for their children and enable them to remain ahead of the competition. Companies in the sector have been capitalising on this already stressful environment to lure parents into committing to long-term educational contracts, with the accompanying explosive capital growth in the private-education sector likely to have come to the government’s attention. “Gaping educational inequality, along with the perception that you have to enter the rat race of getting ahead, is the single biggest source of anxiety in the Chinese society,” Taisu Zhang, a Yale Law School professor, told The Diplomat current-affairs magazine. “People in policymaking circles and intellectual circles understand this. If you see this, then the crackdown seems a natural, long-overdue course correction.”

More recently, many of the results of Beijing’s unfailing efforts to rein in big tech have been clearly evident for all to observe. Recent S&P data showed that Chinese stocks listed in the United States had some $758 billion of their value wiped out in 2021—a hefty 42-percent decrease across the year. And the stock prices of the biggest players, such as Alibaba, Tencent and DiDi, have all fallen dramatically during the year, with the power and influence commanded by Jack Ma, Alibaba Group’s co-founder, and Pony Ma (Ma Huateng), Tencent’s chief executive officer, also substantially diminished.

Perhaps most concerning, however, is that the government seems far from satisfied with its current degree of control over tech and other industries it deems as sources of “barbaric” growth. The country’s top internet regulator, the Cyberspace Administration of China, for instance, recently warned some internet companies that it would require formal approval for all investment deals with more than 100 million users or generating at least 10 billion yuan in revenue (around US$1.6 billion). As such, tech companies should reasonably anticipate further restrictions being imposed in 2022, which means that both businesses and investors will be left wondering about the extent of China’s appetite for growth and innovation in the interim. “For companies, this means that their job is no longer to make money, but instead to contribute to societal goods,” Trey McArver, an analyst at Trivium China, told Al Jazeera in late December. “Where companies are not seen doing that, they will face swift regulatory action.”

But for investors, tighter regulation may not be the deterrent that some initially perceived. GFM Asset Management’s Tariq Dennison stated China’s tech giants could actually stand to benefit from any new legislation. “If you ask me, newer regulations are more likely to entrench these companies and to give them wider moats because Tencent is very, very likely to be able to adapt to any of these new rules, to find new ways to make money. And they have lots and lots of consumers to serve in a common prosperity model,” Dennison told CNBC in November 2021, in reference to President Xi Jinping’s goal of spreading the wealth. “I often say, if you want a bull case interpretation of common prosperity, it’s basically trying to prevent a large gap from the haves and the have-nots, and ensure that the large consumer middle class, that they too will purchase services that the Baidu, the JD, the Alibaba are providing.”