Top Posts
Challenges Remain, But There Are Opportunities to Be Had in...
Interview with Mr. Olukayode Pitan, Chief Executive Officer and Managing...
Commodities Outlook for 2023
The Value of Cash in a Time of Crisis: How...
The US-Africa Leaders Summit: Fostering a Closer Relationship with the...
Three Key Sectors in Which to Invest in 2023
Home Slider Why 2021 Is India’s Best Ever Year for Tech
Technology 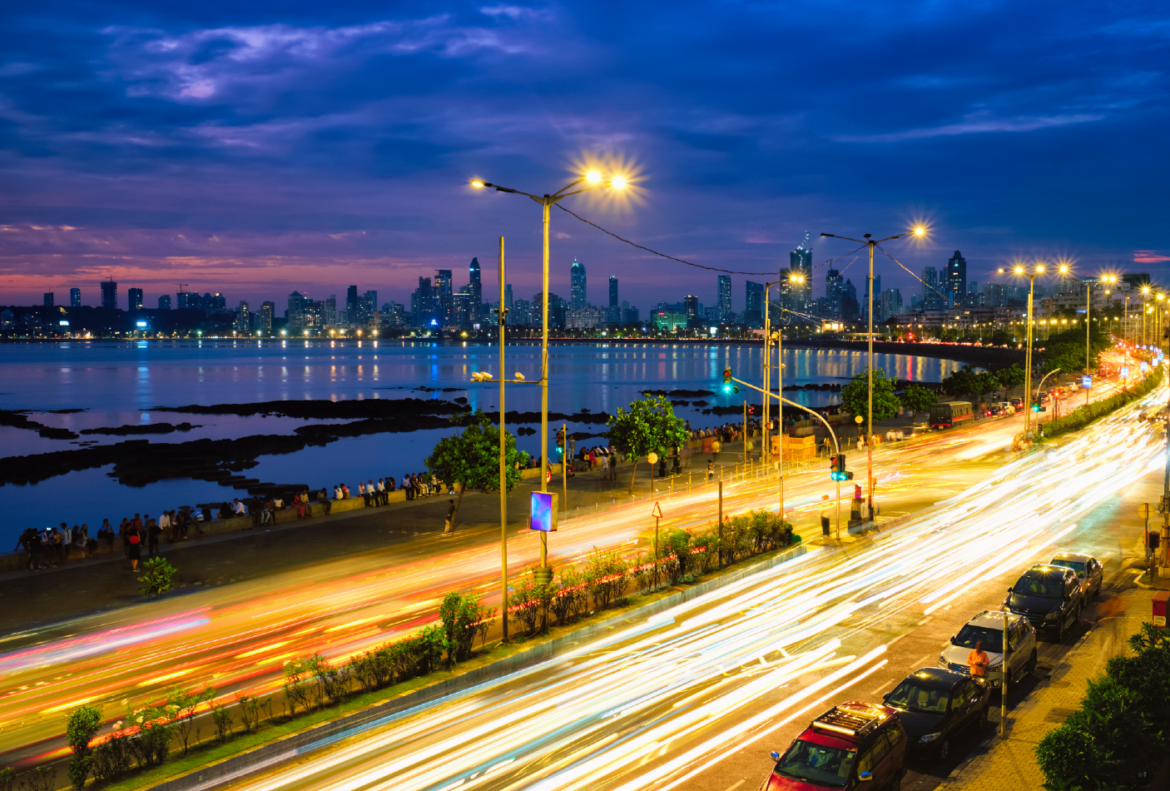 “An unprecedented pace of new-company formation and innovation in a variety of sectors resulted in a surge in the number of highly valued and as-yet-unlisted companies. Against 336 listed companies with a ~$1 billion market capitalization, there are now 100 unicorns in India with a combined market capitalization of $240 billion,” Credit Suisse’s March 2021 research of India’s corporate landscape revealed. And with public listings having only accelerated since then, it is becoming clear that India’s tech sector is undergoing an unprecedented boom.

Indeed, hiring trends across the country provide only some indication of the scale of this ongoing boom. According to the monthly report for June from Naukri JobSpeak, which provides an index of hiring trends across India’s cities, industries, functional areas and experience levels, hiring demand from the IT (information technology)-software/software-services sector was a whopping 163 percent higher than 12 months earlier, 55 percent higher than in January 2021 and even a healthy 5 percent more than the previous month.

Credit Suisse also noted that those 100 unicorns—privately owned companies valued at more than $1 billion—cover a wide range of industries. “The sectoral split is highly diversified for these 100 unicorns in addition to the largely expected ecommerce, financial technology (FinTech), education technology, food delivery, and mobility companies,” the research acknowledged. “Furthermore, there is a rapidly growing number of firms in industries such as Software-as-a-Service (SaaS), gaming, new-age distribution and logistics, modern trade, biotech, and pharmaceuticals. Even fast-growing consumer brands have benefitted from accelerating internet penetration and formalization of sectors.”

Innovative firms are emerging all across the country, expanding at significant speed as they capitalise on strong digital public-infrastructure foundations and key strategic partnerships. As such, India is fast becoming the destination of choice for global investors keen on unveiling the next big tech revelation. The recent World Investment Report 2021 by the United Nations Conference on Trade and Development showed that India became the fifth-largest recipient of foreign direct investment (FDI) inflows in 2020, receiving $64 billion. Much of this investment is going towards India’s tech sector, as is reflected by the recent flurry of IPO (initial public offering) activity within the country. Of particular interest in recent weeks was the record $1.25-billion IPO of food-delivery service Zomato in mid-July. Of all of India’s tech unicorns, Zomato is the first one to go public.

This was soon eclipsed, however, by digital-payments firm Paytm filing its investor prospectus a couple of days later and signalling its intent to raise up to $2.2 billion through its imminent public-share sale (with backers including Berkshire Hathaway, SoftBank and Ant Group), which, in turn, would reportedly value the company at a staggering $25 billion. Launched in 2010, Paytm received regulatory approval a couple of years later to launch its mobile wallet, the product for which it remains best known. Since then, it has partnered with big names such as Uber and Indian Railways and achieved phenomenal growth off the back of the Government of India’s demonetisation drive, which began in November 2016 and triggered a nationwide shift towards mobile-payment apps. Within a month of demonetisation, Paytm had signed up 10 million new users and today has more than 114 million people using its payment service each year.

So, what’s behind this year’s Indian tech explosion? A coming-of-age story for the sector’s start-ups, it would seem, with global investors now acknowledging the critical mass of opportunities that appears to have been reached within the South Asian country in recent months. “$1 billion is the new $100 million,” Krishnan Ganesh, a serial entrepreneur who now promotes companies that have attracted investors such as Sequoia Capital, Lightspeed Venture Partners and Qualcomm Ventures, told Bloomberg in July. “Global investors see the potential upside in India’s huge, under-penetrated market and capital flows have multiplied 10 times.”

“There’s a clamour for it, people have limited avenues to invest in Indian tech right now,” Ausang Shukla, managing director of corporate finance at brokerage Ambit Holdings, explained to the Financial Times in July. “Founders of fierce competitors of Zomato and Paytm, even they want the IPOs to be successful,” he added. “If they bottom out then the entire sector gets a bad name.”

Such IPOs are also well timed as they have arrived when neighbouring China is cracking down on its own tech industry. Indeed, India could well achieve considerable gains from recent actions taken by Beijing. China’s education-technology (edtech) sector, for instance, has been firmly in the government’s crosshairs, with recent mandates requiring after-school tutoring institutions currently operating as for-profit entities to transform into not-for-profit status; prohibiting edtech firms from raising capital and engaging in public issuances; and limiting the extent of foreign ownership of edtech firms in China. A number of additional minor restrictions have been implemented, such as preventing firms from holding tutoring sessions on holidays and weekends.

The move has already caused Chinese edtech firms to lose billions of dollars of value; tutoring company Gaotu Techedu, for instance, has experienced an astonishing contraction in its market cap, from some $25 billion to less than $900 million. Such news only further underlines the hard-line regulatory stance that the government has been taking on the tech industry over the past year. Food-delivery apps have been told they must pay their workers over the minimum wage as well as provide insurance and ease delivery times during rush hours. And other notably restrictive actions include a last-minute prevention of Jack Ma’s Ant Group’s massive IPO from going ahead, as well as removing ride-hailing service DiDi Global from app stores just a few days after its $4.4-billion public listing on the grounds of it being investigated by China’s cyberspace administration over national-security concerns.

One very likely consequence of such intervention will be a sustained drawdown of funds from China’s tech sector by international investors—and it would seem that India is primed to soak up much of that interest. “I imagine that the first step for people who are selling China will be just to go into something safe like cash because they have just been scared by quite unexpected and unprecedented events and they do not quite know what to do; they are a bit shocked,” Mark Matthews, a managing director at Julius Baer, recently discussed with Indian business daily The Economic Times. “So, they will move their money into cash but then they are looking to redeploy it in countries outside of the United States that have new economy stories and I think India falls into that category. The size, of course, is totally different. India’s new economy is tiny in terms of the offering compared to China but there is a healthy IPO pipeline and so it will end up benefiting countries like India rather than being a net negative.”

China’s growing political unrest with India, moreover, has prompted Beijing to prevent Chinese investors from accessing Indian markets, meaning that the likes of Tencent, Alibaba and other tech behemoths that had substantial exposure to India’s burgeoning tech sector once upon a time are now having to look elsewhere for opportunities. According to recent figures from venture-capital data provider Tracxn, Indian start-ups raised a record $7.2 billion across 336 funding rounds in the quarter ended June. But only 10 of those rounds, worth $745 million in total, involved Chinese investors, far fewer than the 100-plus rounds in which US investors participated, totalling a hefty $5.7 billion.

“The playing field is heavily skewed in favour of the Europeans and North Americans now,” Karam Daulet-Singh of law firm Touchstone Partners, which has previously advised investors such as Tencent, recently told the Financial Times. “A lot of the American and European funds that hitherto have not looked at India in some ways have a great opportunity. There is this uncertainty and it’s the Tiger Globals of the world which are really going to benefit.” Indeed, the New York-based investment firm Tiger Global Management has been making headlines recently—it currently holds stakes in more billion-dollar private start-ups than any other investment firm, according to CB Insights, and PitchBook has noted that it has made 160 deals in India since 2006, 29 of which were made this year to the end of July.

Of course, India’s tech scene remains much smaller in size than China’s at present, with CB Insights recording that although it had a record $6.3 billion of funding and deals for tech start-ups in the second quarter, investment in Chinese tech companies was just under $23 billion, although this figure is 18 percent lower than the $27.7-billion peak reached in the fourth quarter of 2020. Nonetheless, investors see significant growth in India—and the opposite in China. As Somesh Dash, general partner at venture-capital firm IVP, recently observed, China doesn’t have many young people, in stark contrast with India. “What the Indian economy presents is a growing middle class and a dynamic workforce: one of the largest populations in the world. It’s very attractive from a longer-term perspective,” Dash told CNBC.

It is also worth acknowledging that those young Indians have expanding access to the digital world through the growing adoption of smart devices, which is further raising the prospects of India’s tech sector. “Companies within the digital space have good growth potential because of the increase in the number of internet users and wide access among the youth,” Ajit Mishra, vice president of research at Religare Broking in Noida, told Reuters in mid-July. And Krishnan Ganesh also pointed to the proliferation of smartphones and the internet as being crucial in enabling tech entrepreneurs to “create new age business models to reach the country’s farthest corners.”

But while this growth potential certainly appears enticing, several analysts have raised immediate concerns over India’s booming tech start-ups, specifically that the sector is overheating and entering bubble territory. Indeed, there are certainly a number of companies being valued well above their fundamentals, and calls are growing in some quarters for companies to start generating profits and demonstrating sound exits for investors.

Regulators are also looking to clamp down on the tech sector, with the government already having taken specific aim at foreign retailers, social-media firms and media-streaming companies, which may potentially slow growth. For instance, New Delhi announced in February that it is making the likes of Facebook and WhatsApp more accountable to legal requests. And the Personal Data Protection Bill currently being proposed aims to apply greater layers of protection over people’s personal data.

Nonetheless, the excitement and anticipation over the potential conveyor belt of tech offerings over the coming months and the attention the global investment community is giving India through billions of dollars of inflows are enough to mark 2021 as a vintage year for the country’s booming tech sector.