Top Posts
Could Big Tech’s Iron Grip on Digital Advertising Soon Come...
Can Recent Oil Discoveries Prove to be a Boon for...
Is It Time to Explore an Alternative to Fractional-Reserve Banking?
Can AgTech Prove Instrumental in Helping to Feed the World’s...
Can the Indo-Pacific Economic Framework Expand US Economic Influence in...
Banks Remain Uniquely Vulnerable to Sophisticated Cyber-Attacks
Home Brokerage Have Netflix Subscriber Numbers Peaked?
Brokerage 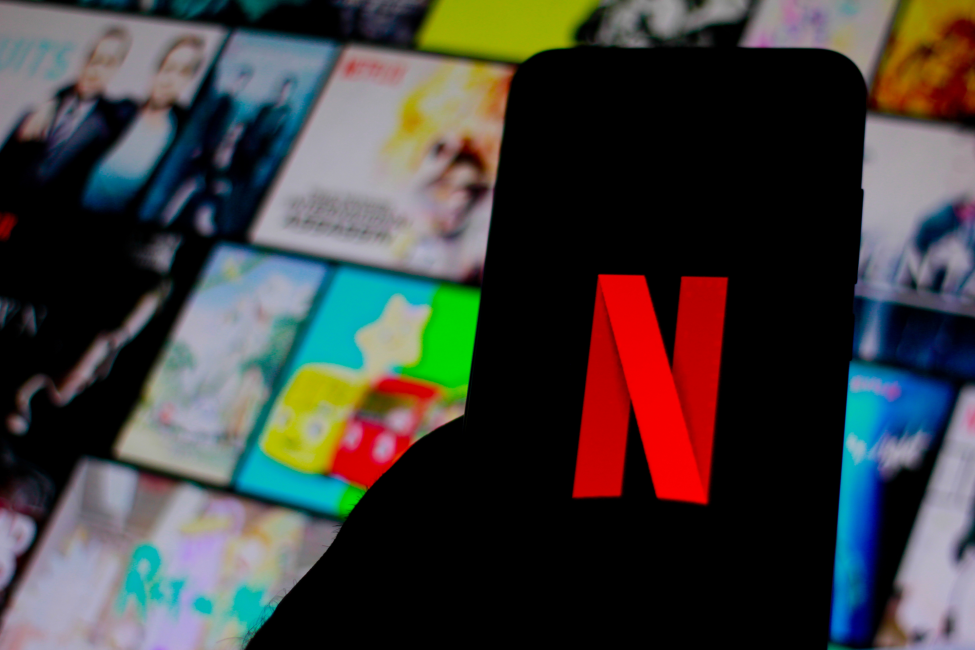 It has been a rough start to the year for streaming services, and none more so than Netflix. Although its financial performance has been solid, if somewhat unspectacular, there seems to be an exodus of subscribers from the platform for the first time in a decade. As such, speculation abounds over whether this marks the start of a long-term declining trend or if the world’s biggest movie- and television-streaming service can turn things around and continue to attract an expanding audience.

Although Netflix’s first-quarter revenue came in just under Wall Street estimates of $7.87 billion, which is a 9.8-percent growth over a year ago, it did manage to post net earnings per share of $3.53, which comfortably exceeded consensus estimates of $2.89. That said, the paid net addition of -0.2 million subscribers has raised alarm bells for investors and the company itself, particularly since it was projected to add 2.5 million. A major reason for this decline lies in Netflix’s decision to suspend its service in Russia, thus cancelling all its paid memberships in the country during the quarter. This move resulted in a contraction of 0.7 million in paid net additions. Excluding this impact, paid net additions totalled 0.5 million, the company confirmed. Although modestly positive, therefore, this is clearly much lower than its initial 2.5 million estimate, which spooked Wall Street, and Netflix’s share price tumbled by nearly 40 percent in the two days following the earnings announcement, wiping out around $50 billion of the firm’s value.

The last time Netflix experienced a loss in subscribers was more than 10 years ago, so why have new-subscriber numbers been so underwhelming? Of course, one cannot ignore Russia’s war against Ukraine. But other restrictive factors have certainly come into play. According to Netflix’s chief executive officer, Reed Hastings, the pandemic had “created a lot of noise” that clouded Netflix’s ability to accurately gauge changes to its subscription business over the last couple of years. Today, however, it seems that Netflix has been hit by the growing number of alternative TV- and movie-streaming services, which together have presented an increasingly serious competitive threat to the company. The likes of Amazon Prime, HBO Max, Apple TV+, Peacock, Paramount, Hulu and Disney+ have all fleshed out their own streaming services to offer attractive alternatives to Netflix.

The longstanding practice of customers sharing their passwords with friends and family has also been a problem, one to which Netflix has only recently awoken. Hastings even praised password-sharing once upon a time. “We love people sharing Netflix. That’s a positive thing, not a negative thing,” he said in January 2016. And one year later, the company’s official account tweeted, “Love is sharing a password.” But it would seem that Netflix has now recognised that holding such a liberal position on password-sharing is now leading to a substantial loss of potential revenue.

Netflix has 222 million subscribers globally, with a whopping 100 million households estimated to use the service using shared accounts. Of the 142 million households across the United States and Canada, meanwhile, 75 million subscribe to Netflix, with a hefty 30 million households engaging in password-sharing. With such a high penetration rate of users across North America already in place, the company is beginning to struggle to capture additional sign-ups. And according to a survey by research firm Time2play, 80 percent of Americans who use someone else’s password are unlikely to create their own Netflix accounts if they are prevented from engaging in password-sharing.

Nonetheless, Netflix is now clamping down on password-sharing, having already rolled out a testing phase across Peru, Costa Rica and Chile of charging an additional fee to add “sub accounts” for those who want to use the service outside of the home. An alert will also be sent to account-holders when other households use their passwords. “If you’ve got a sister, let’s say, that’s living in a different city, you want to share Netflix with her, that’s great,” said Greg Peters, chief operating officer, during Netflix’s earnings conference call. “We’re not trying to shut down that sharing, but we’re going to ask you to pay a bit more to be able to share with her and so that she gets the benefit and the value of the service, but we also get the revenue associated with that viewing.”

It’s also worth considering the subscriber loss from a purely economic perspective. With inflation firmly on the ascent across a number of advanced economies and the commencement of a cycle of monetary tightening—through both interest-rate hikes and tapering of quantitative-easing programmes—consumers in many countries are being forced to cut back on their spending habits as they see the cost of living jump significantly. The United Kingdom is among the clearest examples of this cost-of-living crisis, which has seen households face a mammoth 54-percent jump in energy bills following the increase in the energy cap by the country’s energy regulator, Ofgem (Office of Gas and Electricity Markets).

Research from Kantar Worldpanel confirmed that the number of UK households with at least one paid-for streaming service dropped by 215,000 in the first quarter, thus ending the remarkable 10-year run of growth in subscription numbers. “The evidence from these findings suggests that British households are now proactively looking for ways to save, and the subscription video-on-demand market is already seeing the effects of this,” said Dominic Sunnebo, global insight director at Kantar. The data-analytics firm also stated it expects further cancellations to materialise, with 38 percent of consumers projected to cancel at least one video-streaming service, with the primary reason being a desire to save money. Households are now “starting to seriously prioritise where and how their disposable income is spent,” according to Kantar.

For the second quarter, Netflix forecasts further declines in paid net additions of -2.0 million versus 1.5 million a year ago. “They suffered from a combination of approaching saturation, inflation, higher pricing, the war in Ukraine and competition,” Wedbush Securities analyst Michael Pachter recently told Reuters. “I don’t think any of us expected that all to happen at once.” But it is taking action to reverse this declining trend. The company has confirmed that it is looking at ways to bolster revenue, with Peters acknowledging that there will be some amendments to pricing plans. “It will take a while to work this out and to get that balance right,” he acknowledged. “And so just to set your expectations, my belief is that we’re going to go through a year or so of iterating and then deploying all of that so that we get that solution globally launched, including markets like the United States.”

Netflix also confirmed in late April that it would cut some of its marketing staff, most notably from Tudum, which markets Netflix shows and has been hailed by Netflix as being “a backstage pass that lets you dig deeper into the Netflix films, series, and stars you love! It’s still early days, but you can expect exclusive interviews, behind-the-scenes videos, bonus features, and more.”

And there will be a comprehensive reassessment of how it creates and acquires content, given that not all the programming has been well received by viewers. Despite showing 500 original programmes in 2021, there have been more than a few duds to go along with the hits. More than $20 billion per year is spent acquiring and creating programming. And while Netflix may not want to reduce that amount, it is clear that it would like to ensure it is being spent on quality content. There is already proof of such efforts, as the company has moved to cancel several TV shows and films.

And after resisting the urge to allow advertisements on its service, Netflix looks set to include ad-supported lower-priced tiers, with Hastings recently admitting that it “makes a lot of sense” to offer customers more affordable plans whilst providing a new stream of revenue for the company. “Those who have followed Netflix know that I have been against the complexity of advertising and a big fan of the simplicity of subscription,” Hastings said. “But as much as I am a fan of that, I am a bigger fan of consumer choice, and allowing consumers who would like to have a lower price and are advertising-tolerant to get what they want makes a lot of sense.” Hastings also acknowledged that ad-supported options are already finding much success at competitor services, such as Hulu, Disney and HBO. “I don’t think we have a lot of doubt that it works.”

How Do We Make Banking More Inclusive?