Top Posts
Challenges Remain, But There Are Opportunities to Be Had in...
Interview with Mr. Olukayode Pitan, Chief Executive Officer and Managing...
Commodities Outlook for 2023
The Value of Cash in a Time of Crisis: How...
The US-Africa Leaders Summit: Fostering a Closer Relationship with the...
Three Key Sectors in Which to Invest in 2023
Home Brokerage Are the Canadian Oil Industry’s Woes Over?
Brokerage

Are the Canadian Oil Industry’s Woes Over? 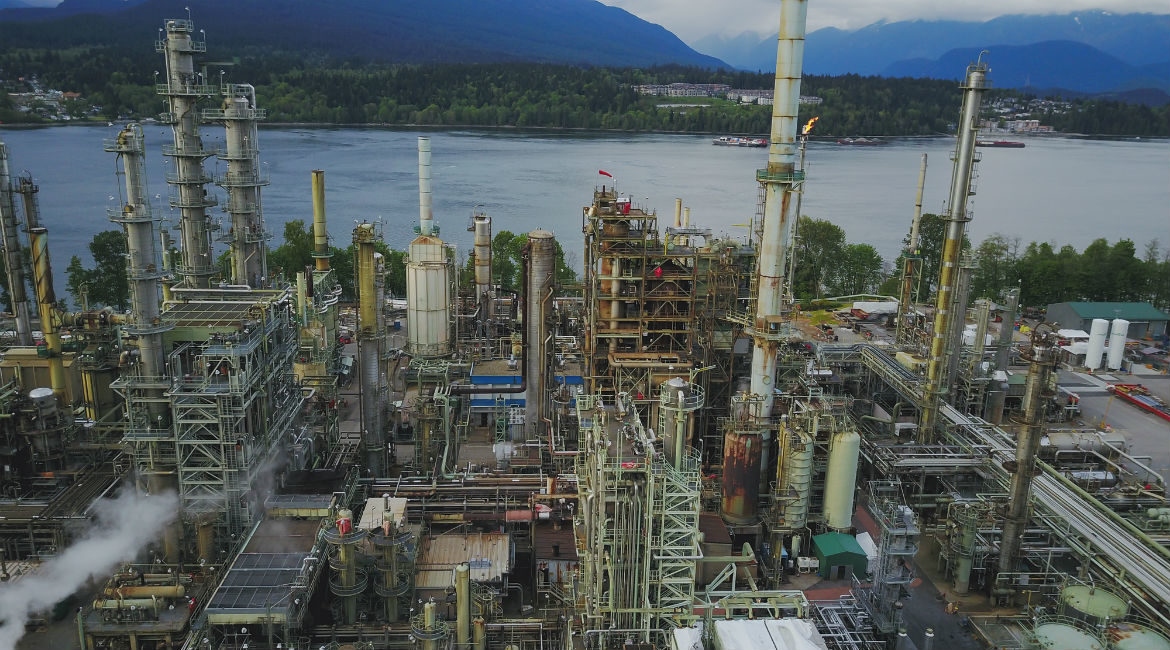 It’s not often that Canadian oil markets require the intervention of the government to put them back on course. In fact, the last time such a scenario transpired was all the way back in 1981. But in late December, that’s just what happened in the province of Alberta, home to the country’s abundant oil-sands industry.

By mid-November 2018, the country’s oil industry was facing serious problems—domestic crude prices were dropping precipitously after a federal judge blocked the US Government’s cross-border permit of the Keystone XL Pipeline expansion by TransCanada Corporation. The expansion was planned to transport crude from Canada’s main oil province of Alberta to the US state of Nebraska. But the ruling required that the US Government update an environmental review from 2014 to account for further potential factors that might arise as a result of the expansion. The decision meant that the pipeline capacity in Canada, which was already under severe pressure from the buoyant levels of oil being produced in Alberta, was becoming overwhelmed.

With Keystone’s scuppered expansion plans representing yet another cancelled or postponed pipeline project in the country—along with the fact that burgeoning production from the oil sands had reportedly propelled Canada into fourth position among global oil-producing countries in 2018—a major supply glut emerged in late 2018. Inventory levels swelled to around 200,000 barrels per day more than what pipelines could transport, and approximately 35 million barrels—twice the normal level—had accumulated in storage by that time. The problem was especially pronounced in Alberta, with oil producers in the landlocked province having to deal with insufficient pipeline and rail capacity to transport their output to refineries and overseas markets.

Within a week of the Keystone ruling, the price of Western Canadian Select plunged to a record low below $14 per barrel, forcing Canada’s oil industry to declare a national emergency. In response, having calculated that such low prices were costing the country’s economy around 80 million Canadian dollars per day, the Alberta Government under Premier Rachel Notley ordered operators to temporarily curtail output by 8.7 percent (or 325,000 barrels of oil per day) starting January 1, 2019, to last through the year. The Constitution of Canada allows government authorities to regulate its natural-resources markets, including levels of production; the main objective of this particular intervention was to reduce the supply build-up and thus boost the oil price.

And it worked. Prices almost immediately rebounded after the mandated production cuts were announced on Friday, December 3—by the following Monday, the spot price of Western Canadian Select surged by around $11. 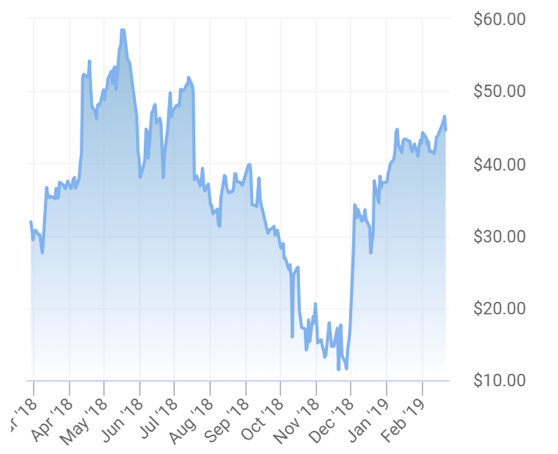 And by the turn of the year, the grade’s differential to North American crude benchmark West Texas Intermediate (WTI) reversed course from all-time highs of more than $50 per barrel to multi-year lows of around $10 per barrel.

The surge in prices has been good news for many oil producers in the region. Cenovus Energy, which reported a $1.36-billion loss in the fourth quarter (Q4) as a result of the price collapse, welcomed the government intervention. “Let’s be clear, if the government had not acted on curtailment, there’s no reason on earth to suspect (the first quarter of 2019) was going to look much different than Q4,” according to the company’s chief executive officer, Alex Pourbaix. “And you don’t have to be a mathematician to figure out what that impact would have been . . . you can see it was going to be a disastrous scenario for our economy.”

But while the production cuts are benefiting crude producers such as Cenovus, the resultant price increase has made it too costly for some to move the oil using rail transportation. Crude-by-rail shipments are falling despite the fact that pipelines are operating at full capacity. According to energy-intelligence firm Genscape, which monitors crude-by-rail loadings at terminals in Western Canada, the week to February 8 saw rail-shipment volumes decline by 56 percent compared with three weeks previously, having set a record only in December. Major oil companies such as Suncor Energy and Imperial Oil have criticised the production cuts for pushing the price differential to WTI too far in the opposite direction, making it uneconomical to use rail transportation to move their crude to the United States. The resulting impact, therefore, is effectively the opposite of what the government intended, as rail movements continue to be cancelled. Rich Kruger, chief executive officer of Imperial, recently acknowledged that his company would lower its rail shipments to “near zero” in February from about 168,000 barrels per day in December, as the differential was insufficient to cover the cost of sending oil to the Gulf Coast of the United States.

Nevertheless, Premier Notley’s government is persisting in alleviating the glut. In mid-February, it signed agreements with Canadian National Railway and Canadian Pacific Railway to lease 4,400 rail cars that can transport crude from Alberta’s oilsands to the US. Twenty thousand barrels per day of shipments are expected to be possible in July, when the first shipments begin, before steadily rising to full capacity of 120,000 barrels per day by the middle of next year.

Furthermore, Canada’s industry regulator, the National Energy Board, has recently recommended that the Trans Mountain Pipeline project be granted federal approval, despite representing a considerable threat to the local population of killer whales. Having revised its initially rejected proposal, the Board has issued more than 150 modifications that mainly seek to minimise the environmental impact of the project, one that would increase the pipeline’s current capacity threefold from 300,000 barrels per day to 890,000 barrels per day from Alberta to British Columbia. The project has also received the backing of Prime Minister Justin Trudeau, who considers the pipeline expansion to be in the national economic interest.

But whether the underlying structural challenges that caused such a dramatic plunge in Canadian oil prices have been addressed by such moves seems unlikely. Many believe the only solution lies in Canada significantly boosting its pipeline capacity, but that would mean overcoming the environmental, legal, regulatory and economic challenges of doing so. While the Trans Mountain Pipeline project has received a boost in recent times, it must still overcome much opposition from British Columbia’s government and environmental groups, as well as hold discussions with 117 indigenous groups who could be potentially impacted. And although the other major pipeline project, Enbridge Line 3, which would replace an existing pipeline, is scheduled to be up and running by the end of 2019, it remains under construction and won’t be anywhere near enough to relieve the bottleneck in the meantime. According to national research organisation the Angus Reid Institute, two-thirds of Canadians—a whopping 87 percent of Albertans—consider the lack of pipeline capacity a crisis.

Indeed, some believe that it will take at least five years for sufficient additions to the country’s pipeline network to become reality. As such, bearish sentiment for Canadian crude prices remains a likely outcome for the time being. And that means that should the government-mandated production cuts be removed as scheduled, many of the long-term problems faced by Canada’s oil industry may well resurface.