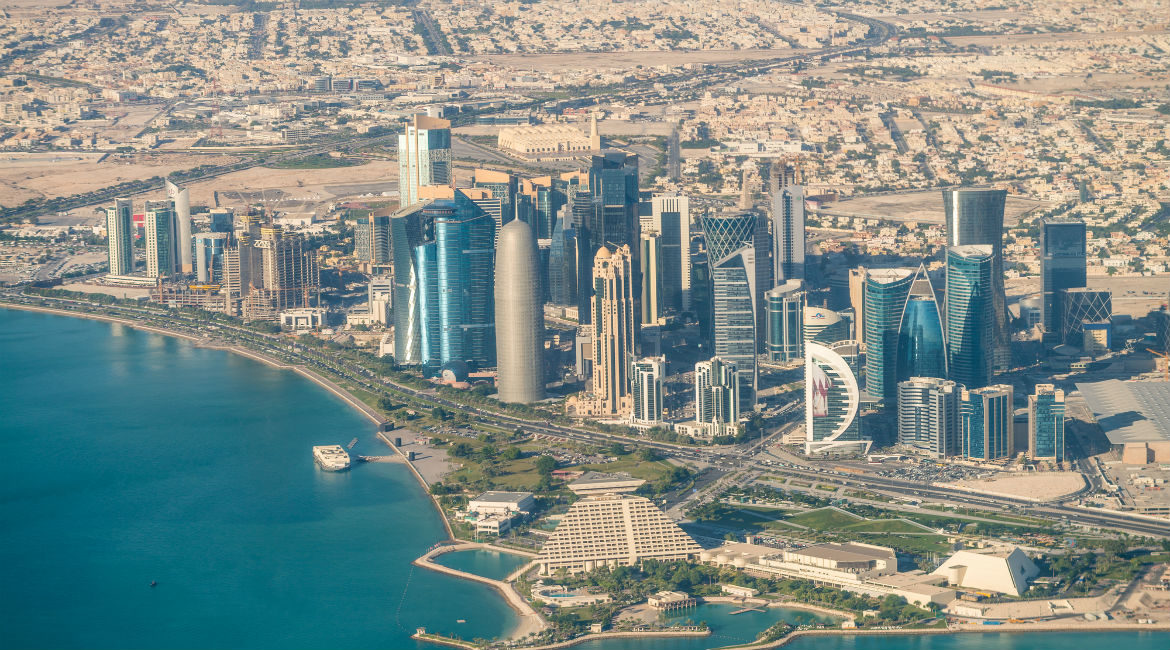 Qatar is easily the richest country in the world on a per capita basis. According to a study released in March by Global Finance Magazine that used data from the International Monetary Fund (IMF), the gross domestic product (GDP) of a Qatari citizen on average is a staggering $129,726 (based on 2016 international dollars and the inclusion of purchasing-power-parity adjustments). Nevertheless, Qatar is facing severe economic headwinds that could end up having grave consequences for the small oil-and-gas rich state.

On June 5, Qatar was officially cut off by Persian Gulf neighbours over accusations that it was a state sponsor of terrorism. Saudi Arabia, the United Arab Emirates (UAE), Egypt and Bahrain were among those to sever diplomatic ties, as well as cease all air, sea and land links. Part of the reason for this sharp change in policy appears to be down to the massive cyberattack experienced by Qatar‘s state-run news agency, which enabled hackers to expose numerous articles pertaining to sensitive political issues on the agency’s website—and in particular stories that were deemed to be praiseworthy of Iran, a major adversary of Saudi Arabia and its regional allies. For instance, the statements, which were attributed to Qatar’s Emir, Sheikh Tamim bin Hamad al-Thani, described Iran as a “regional and Islamic power”—a description that drew condemnation from the Gulf bloc. Views pertaining to Hamas, the Israeli-Palestinian conflict and Qatar’s relations with Iran also elicited much controversy.

The UAE claims that Qatar has been backing “terrorist, extremist and sectarian organisations”, while Saudi Arabia justified ending the relationship as a way to protect itself from the “dangers of terrorism and extremism”. Qatari diplomats in neighbouring countries have been expelled, while ambassadors in Doha have also been recalled. The Saudi-led alliance have also issued a list of demands to which the country must comply in order to restore diplomatic relations. The list includes stopping the financing of terrorist groups, severing communications with opposition groups in the region and aligning its military and economic policies with neighbouring states. But Qatar itself denies the allegations and considers the demands to be unreasonable; as such, it has thus far refused to comply on the basis that they undermine the country’s sovereignty.

The boycott almost immediately prompted downgrades from ratings agencies, with Fitch, Moody’s and S&P all changing their outlooks for the country from stable to negative. S&P cut its long-term rating of Qatar by one notch to AA- from AA, in addition to putting the country on a negative credit watch with negative implications to suggest that further downgrades could transpire; however, this credit watch has since been removed. At the time, S&P said it expected economic growth to slow, both through a reduction in regional trade and through an erosion of corporate profitability as Qatar is now unable to access much regional demand, investment has become more difficult, and confidence has dried up.

Indeed, the consequences of the Qatar’s isolation were quickly noticed. The stock market instantly plummeted, falling by around 10 percent during the first four weeks (and losing about $15 billion of its value) before hitting new five-year lows by mid-September, 18 percent lower than pre-blockade levels. Qatar’s currency, the riyal, also ended up plunging to an all-time low of 3.76 in June, and continues to trade in a distinctly volatile fashion:

Normally, Qatar’s central bank maintains a stringent peg to the US dollar and uses its reserves of foreign assets to support the currency. Low liquidity in markets outside the country in recent months, however, has forced the riyal to trade outside this pegged range.

In a report released in mid-September, Moody’s observed that Qatar has been forced to pump about $38.5 billion of its $340 billion reserve back into its economy to mitigate the damage done by the embargo, which is equivalent to 23 percent of the country’s GDP. Significant capital outflows in June and July have caused major headaches for the government, and Moody’s expects further outflows to materialise as the Gulf states choose not to roll over deposits. It also expects further economic, financial and social costs to weigh heavily on the economy as it continues to feel the bite from the travel and trade restrictions imposed by surrounding countries.

Qatar’s tourism, trade and financial industries have been especially exposed to the embargo. A report from Qatar’s Ministry of Development Planning and Statistics, for instance, confirms a 32-percent decline in passenger air traffic into and out of Doha’s Hamad International Airport between May and the end of June, as well as an 18-percent fall on an annual basis—while passenger arrivals are down by 34 percent from July 2016 levels. The month of July also witnessed a massive 59-percent drop in hotel occupancy rates. The banking industry is similarly feeling the pinch; given their reliance on external funding in the face of declining oil revenues, the recent downturn in investor sentiment is now leaving them in a vulnerable position. And with the government now hamstrung by the blockade, questions have arisen over Doha’s capacity to support the country’s lenders; in turn, the overall weakening of lenders’ ability to attract funding has prompted Moody’s to downgrade the outlook of Qatar’s banking system from stable to negative. The agency also expects domestic credit growth to decelerate to between 5 and 7 percent over the next 18 months or so, substantially lower than the 15 percent recorded in 2015—as well as a sustained outflow of foreign deposits and other forms of external funding, as long as the GCC (Gulf Cooperation Council) dispute remains in place. As such, the liquidity buffers of Qatari banks could tumble, especially with domestic deposits already tightening on the back of lower oil revenues.

Capital expenditure on infrastructure may also have to be substantially cut, which in turn may yield serious problems given that the country is due to spend billions in preparation for hosting the FIFA World Cup in 2022. As predicted by US ratings agency Fitch, the Qatari government’s net foreign assets are likely to drop to 146 percent of GDP from last year’s 185 percent, with the government expected to compensate for the foreign outflows by moving money into local banks. Indeed, this cut will arrive on the back of already shrinking capital spending plans for 2014-24 due to the onset of low energy prices that have drastically reduced government revenues prior to the recent imposition of sanctions.

Clearly, such challenges have significant implications for Qatar’s overall growth trajectory going forward; indeed, by late August, numerous organisations were revising down their economic outlooks for the country. The IMF, for example, estimates that real GDP growth will slow from 3.4 percent in 2017 to 2.8 percent next year, with growth in both hydrocarbon and non-hydrocarbon sectors to fall from 1.1 and 5.7 percent respectively this year to 0.2 and 5.3 percent in 2018. Inflation in Doha is also being touted to shoot up between this year and next, from 2.6 to 5.7 percent. Meanwhile, S&P now expects real GDP growth to be 1 percent lower per year between 2017 and 2020 as a direct result of the boycott. Should the major Barzan Gas Project come online during this time, however, then S&P Sovereign Ratings Associate Director Benjamin Young believes there could be some upside to the estimates. Nevertheless, Mr Young sees the ongoing political tensions having a dampening effect on business activity and confidence, “which will likely have the impact of denting private sector consumption, investment and credit growth to most sectors of the economy”.

While the sanctions are clearly weighing on Qatar, however, it is also worth acknowledging that the diplomatic crisis is seemingly hurting all nations involved. Although Moody acknowledges that Qatar is the most badly damaged, the conflict is credit negative for every member of the Gulf Cooperation Council. In the words of Moody’s vice president, Steffen Dyck, “The severity of the diplomatic dispute between Gulf countries is unprecedented, which magnifies the uncertainty over the ultimate economic, fiscal and social impact on the GCC as a whole.”

Qatar’s Sheikh Tamim, meanwhile, has tried to promote discussions in an attempt to reach a compromise, most recently at the United Nations General Assembly during which he called for “an unconditional dialogue based on mutual respect for sovereignty”. However, given that Qatar has indicated that it is unwilling to meet the demands set out by its boycotting Gulf neighbours, a stalemate could well be in the offing for quite some time. As tensions continue to flare in the region, therefore, Qatar’s economy will remain on track to expand this year at its slowest pace since 1995.

How can Financial Institutions use Regulations to Drive more Robust Security?