Top Posts
Interview with Mr. Olukayode Pitan, Chief Executive Officer and Managing...
Commodities Outlook for 2023
The Value of Cash in a Time of Crisis: How...
The US-Africa Leaders Summit: Fostering a Closer Relationship with the...
Three Key Sectors in Which to Invest in 2023
Three Key Stocks in Which to Invest in 2023
Home Technology Can Quantum Computing Transform Financial Services?
Technology 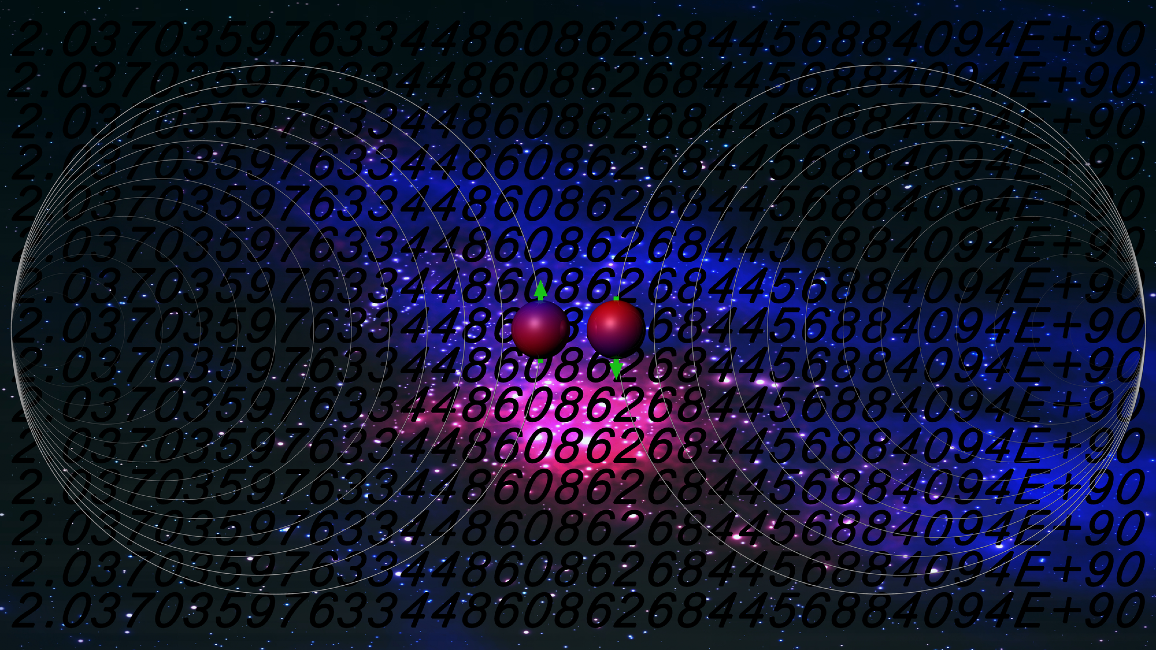 Since the 1950s, computers have played an increasingly crucial role in modern society, such that today the world is all but wholly dependent on them. And while the processing power of these classical computers has come a long way, a vastly different computing technology involving quantum mechanics has been steadily developing since the early 1980s. Known as quantum computing, this technology is now gathering growing interest for its superior performance compared with classical computing, meaning that it is set to have hugely significant ramifications for applications across many different industries. And with some of the world’s most-renowned financial institutions recently linking up with quantum-computing companies to gain the early-mover advantage, it would seem that anticipation over this potentially transformational emerging technology within the financial-services industry is only just beginning to heat up.

At some point during the coming decade, it is expected that quantum computers will begin to surpass the capabilities of classical computers. Indeed, last October saw Google researchers announce that their quantum processor Sycamore had achieved “quantum supremacy”, meaning that it was the first to perform a computation that could not be practically solved by a classical computer. Google claimed it was able to solve the problem in 200 seconds—a problem that would have taken 10,000 years to be solved by a current classical supercomputer. Although the veracity of Google’s claim has been questioned, it does illustrate the gulf in capabilities between what is currently operational and what could potentially be achieved in the not-too-distant future.

Indeed, conventional computing has its limitations. In the finance world, these limitations can make calculations expensive to execute, even with the use of supercomputers and cloud computing. And they represent one of the main reasons why more practitioners within the industry are looking to quantum computing, a hotly anticipated technology that is set to lower costs and drastically reduce processing times, in order to transform the way data is utilised across many applications.

Whereas a classical computer holds data in standard binary-bit units—either 0 or 1—quantum computing enables data to be represented by quantum bits, or qubits. These qubits can store more data by enabling both states—0s and 1s—to be held simultaneously rather than just one state at any given time. In turn, this means quantum computers can hold more data through qubits than what a classical computer can hold via traditional bits. So, while four traditional-computer bits can hold only one of sixteen possible combinations at any given time, for example, four qubits can hold all sixteen combinations simultaneously. And a quantum computer with 50 qubits can hold more than one quadrillion states.

A quantum computer is thus able to process a large number of combinations simultaneously, whereas a traditional computer has to process them sequentially, which is both slower and more energy-intensive. “A classical computation is like a solo voice—one line of pure tones succeeding each other. A quantum computation is like a symphony—many lines of tones interfering with one another,” explained Seth Lloyd, professor of mechanical engineering and physics at the Massachusetts Institute of Technology (MIT). And because qubits are inter-dependent, computer operations can be leveraged across them, enabling a much faster processing system than a classical computer can muster. As such, quantum computers can solve problems, analyse data and spot patterns much more quickly and robustly than what is possible today.

Given these clear advantages, therefore, quantum computing has powerful implications for solving problems that have persisted in the finance world for many years, if not decades. The November 2019 paper “Quantum computing for finance: Overview and prospects” by Román Orús, Samuel Mugel and Enrique Lizaso of the Quantum World Association (QWA) describes how quantum computing can be applied to a wide range of fields within finance and provides an overview of both current approaches and potential future prospects. The study identifies the portfolio-optimisation process as being particularly ripe for improvement through the use of quantum computers, with the authors noting that it is “extremely difficult, if not impossible” for classical computers to efficiently determine the best choice of portfolio, whereas a quantum computer enables “a number of different ways” to implement quantum optimisation algorithms.

For example, an investment manager wanting to rebalance a portfolio currently has to incur fairly sizeable costs for doing so. A quantum computer, however, could identify a portfolio that remains optimal over a much longer time horizon, meaning that the frequency of rebalancing could be greatly reduced. Classical computers are simply not capable of identifying optimality over such horizons, so financial institutions could ultimately save enormous amounts of money by switching to quantum computing.

Risk management, an area that has grown massively in importance to financial institutions over the last decade, could also experience a major upgrade through the use of quantum computing. With lightning-fast processing speeds, quantum computers will be able to run simulations and perform complex calculations more quickly than current algorithms. The Monte Carlo simulation method, for example, which is a popular method to calculate risk positions for traders, is expected to be significantly faster, with quantum machines greatly shortening the time it takes to analyse complex risk positions. IBM has already published a paper that showcases a quadratic accelerated version of Monte Carlo simulations.

With trading and risk management among the areas touted to experience dramatic improvements, it is no surprise that a growing number of Wall Street banks are showing definite interest in the technology’s potential, with much of their efforts centring on exploring the types of algorithms that could be run on quantum computers. JPMorgan Chase and Barclays have been using IBM’s quantum-computing software to test Monte Carlo simulations for portfolio optimisation since 2017. JPMorgan has also reportedly commenced with the creation of a “quantum culture”, while Wells Fargo has joined forces with IBM to boost its quantum-computing “learning efforts”. And more recently, it was reported in December that Goldman Sachs had teamed up with Silicon Valley start-up QC Ware to explore how quantum algorithms can be applied in Monte Carlo simulations to calculate the theoretical value of options contracts, in addition to calculating risk positions.

Paul Burchard, a senior researcher at Goldman, recently noted that there’s a distinct possibility that quantum computing will become a “critical technology”, following recent advancements in the scale of quantum circuits that he believes is similar to the rapid growth seen during the early stages of semiconductor development. “The research confirmed that the current state-of-the-art quantum algorithms for Monte Carlo sampling and approximate counting will eventually lead to more efficient simulation, but that these algorithms are sensitive to noise in current quantum hardware,” observed Mr. Burchard. “As a result, implementing these algorithms on near-term quantum hardware will depend on techniques analogous to importance sampling that reduce the circuit depth of these algorithms.”

One negative consequence of such intimidating levels of computing power, however, is the higher likelihood of financial systems being hacked. With enough qubits, quantum computers will have enough power to overcome many of the most powerfully encrypted banking security systems around. As observed by the World Economic Forum, “Without quantum-safe cryptography and security, all information that is transmitted on public channels now—or in the future—is vulnerable to eavesdropping. Even encrypted data that is safe today can be stored for later decryption once a working quantum computer of sufficient capacity becomes available.” That said, quantum-computing security represents the safest form of cryptography available, which means that security defences can be developed that are up to the task of rebuking these sophisticated threats.

According to Microsoft’s chief executive officer, Satya Nadella, quantum computing is one of three technologies, along with mixed reality and artificial intelligence, that will “shape” the world in the coming years. And, ultimately, there is a growing belief that such computing will dwarf the capabilities of classical computing, even taking into account today’s supercomputers. As such, the finance industry is beginning to salivate over the transformational possibilities that quantum computing could usher in. Being able to quote in real-time the prices of complex financial products, for instance, has seismic implications for the levels of customer service that can be achieved, not to mention the improvements in the operational efficiencies of financial institutions. And having such immense power behind machine-learning algorithms could seriously change the process of identifying security mispricing and profitable market opportunities.

Nonetheless, almost all of the work in ensuring that such excitement can be translated into reality still lies ahead. And it won’t be easy to reach that revolutionary moment. As Orús et al. acknowledge, “Constructing a quantum computer which is capable of outperforming classical computers is a truly formidable task, and potentially one of the great challenges of the century. Before we reach this level, a number of critical issues will have to be dealt with.” And that means that the technology can be assessed only in terms of its potential rather than any proven capability.