Top Posts
Challenges Remain, But There Are Opportunities to Be Had in...
Interview with Mr. Olukayode Pitan, Chief Executive Officer and Managing...
Commodities Outlook for 2023
The Value of Cash in a Time of Crisis: How...
The US-Africa Leaders Summit: Fostering a Closer Relationship with the...
Three Key Sectors in Which to Invest in 2023
Home Banking Can Banks Play a Role in Improving Resilience to Climate Change?
Banking

Can Banks Play a Role in Improving Resilience to Climate Change? 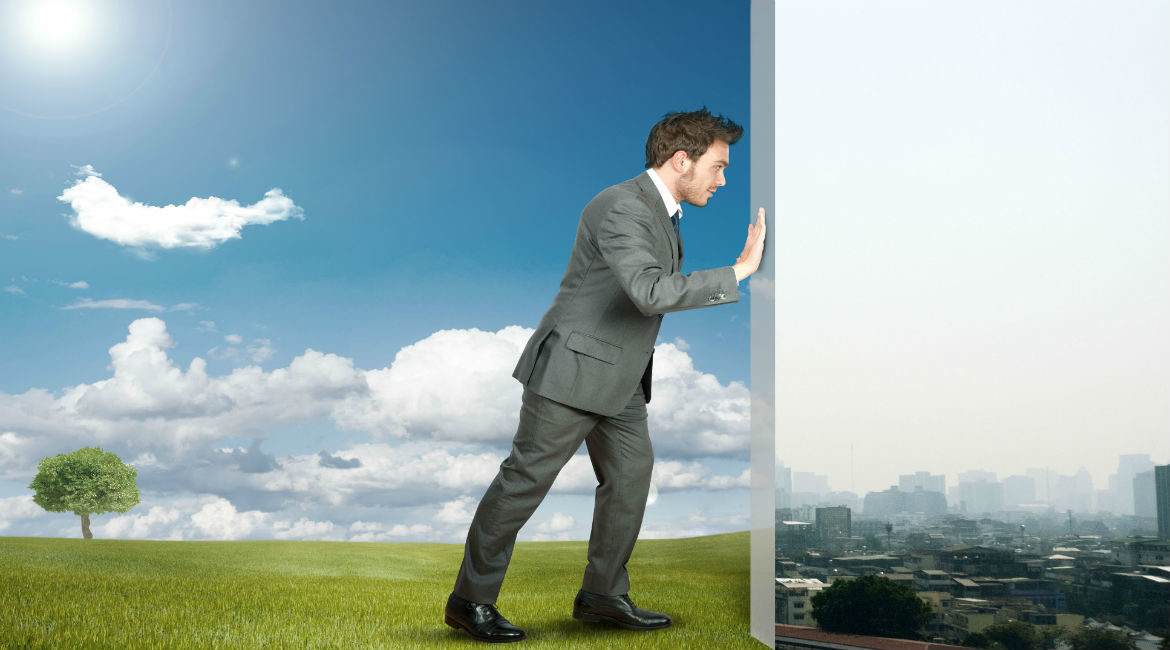 In March of this year, Mozambique was hit by the first of two back-to-back cyclones, bringing with them hurricane-force winds and flooding that destroyed tens of thousands of homes and, with them, livelihoods. While the region is no stranger to cyclones, the magnitude and severity of these storms were unprecedented and highlighted the vulnerability of families who were caught in their paths. Economists James Riddell, Tanya Rosenblat and Dean Yang were working with a team in Mozambique at the time, studying the impact of an HIV/AIDS program, when the first cyclone hit. “We were initially investigating whether the HIV/AIDS program, which introduces Village Savings and Loan Associations (VSLAs) as part of its approach, improves the well-being of vulnerable families. When the cyclone struck, we realized that it was a chance to measure if and how the savings and loan component affects households’ ability to withstand the shock of this natural disaster,” Yang said.

As the effects of climate change become more pronounced, experts predict that communities throughout the world will continue to experience more extreme and erratic weather events. However, it doesn’t take a natural disaster of this scale to threaten families living at or near the poverty line—those living without a financial cushion or tools to manage risk can have the rug pulled out from under them for a variety of reasons, whether it be from a health emergency, the loss of a job or from a widespread drought that affects an entire community.

Thus, if the question is whether financial-service providers (FSPs) have a role to play here, the answer is yes. While the evidence on this topic is still emerging (read more below), a recent report from Innovations for Poverty Action (IPA), a research and policy nonprofit, and others suggest that financial products can lead to better resilience for families living below the poverty line, helping them to overcome shocks and keeping them from falling further into poverty as a result of climate-related threats or other circumstances.

In this article, we share some of the recent evidence on these tools––specifically, savings groups, digital financial products, remittances, and flexible credit products. We believe these findings can help FSPs when designing products for poor households around the globe, and we also encourage more testing to ensure such products are both profitable for providers and beneficial for consumers.

First, let’s look at savings groups. There’s reason to believe that the VSLAs like those Yang and his co-authors are testing in Mozambique may indeed play a role in helping cyclone victims weather the impacts of these storms. Existing research suggests that these types of savings groups can help poor families get ahead. In four randomized trials implemented by IPA in Mali, Uganda, Ghana and Malawi, Lori Beaman, Benni Savonitto, Bram Thuysbaert, Christopher Udry and I (Dean) found some evidence that these groups make households more resilient by improving food security (in Mali) and potentially “smoothing” their income (in Uganda and Malawi).

Large nonprofit organizations have already done a tremendous job in promoting this model, with millions of households coming together to save. But formal financial-service providers can also learn about how to design formal financial tools that build resilience by looking at lessons from these savings groups and other informal practices. They may also be able to make these informal tools work better. For example, savings groups have demonstrated strong patterns of diligent saving and creditworthiness––surely there are some FSPs out there that would like to use that information to profitably bring them into their banks as long-term fruitful and prosperous clients?

Second, regarding consumer digital financial services, some emerging evidence suggests that these tools––both digital payments and credit––can also play a role in increasing poor households’ resilience. We’ve seen, for example, that access to mobile money increases resilience by improving the efficiency and effectiveness of informal social networks in helping people deal with unexpected needs or opportunities. Because digitizing the sending of money radically lowers the cost of sending it, people are more able to help friends and family in times of need or in times of opportunity. This strengthened network works like insurance.

This network isn’t just a theory but was documented to lead to sizable impacts: A study in Kenya implemented by IPA and led by researchers Tavneet Suri and William Jack found that M-PESA, a mobile-based financial services platform owned by Safaricom (“M” stands for “mobile” and “pesa” for money in Swahili), helped households strengthen their informal risk-sharing networks. People who used M-PESA did not have to cut consumption following a shock (in this case a drought). But people who didn’t use M-PESA reduced consumption by 7 percent in response to income shocks. In the long run, improvements in risk-sharing from M-PESA also led to higher savings and incentivized some families (particularly female-headed households) to move out of subsistence agriculture and take a risk on a new business activity. All told, the service is estimated to have lifted 194,000 or 2 percent of Kenyan households out of poverty.

What about credit? My (Dean’s) research with Jonathan Zinman in South Africa showed that increasing access to consumer credit—often considered to be less important than “productive” credit for entrepreneurship among low-income borrowers—leads to an improvement in the ability to maintain wage employment and a reduction in the likelihood of experiencing extreme hunger or of living below the poverty line.

Digital finance is expanding to these types of products in important ways. In 2012, the Commercial Bank of Africa (CBA) and Safaricom launched M-Shwari, a fully digital bank account operating through M-PESA. M-Shwari offers small, short-term (30-day) loans at a 7.5-percent monthly interest rate to approved customers, even if they have no banking or credit history. As we explained, they are popular: two years after the service came out, there were more than 4.5 million active users––nearly 20 percent of the adult population of Kenya––and approximately 10 million accounts had been opened.

A recent study of this product, led by the same researchers as the M-PESA study as well as Prashant Bharadwaj and implemented by IPA, found that while nearly 90 percent of people in the study experienced a negative financial shock, such as an injury or loss of employment in the six months before being surveyed, those who were eligible for M-Shwari were less likely to forego other expenditures as a result of the shock. In other words, the digital loans made it easier for customers to make it through an emergency without falling deeper into poverty.

Sounds exciting, right? Yes. But unbridled enthusiasm? No. We also need to exercise caution here––if a loan can be obtained with three easy clicks on a cellphone, consumer-protection alarm bells should also be ringing. Will individuals really understand the loan terms, interest rates, payment procedures, penalties for default? Loans intending to facilitate resilience may backfire and cause more hardship. Of course, this can be handled as long as one attends to some critical steps, such as implementing a well-tested disclosure policy and providing cool-off periods.

Another important (but poorly understood) form of financial flow that acts like insurance is remittances from family members overseas. One study, also by Dean Yang, found a bump in remittances to poor countries after they were hit by hurricanes. Yang and HwaJung Choi found in another study that when households in the Philippines experienced a loss in income following a weather event, roughly 60 percent of their losses were replaced by remittance inflows. Given the importance of remittances, making it easier for people to send money to family members abroad, for example by strengthening financial infrastructure and payment systems to lower the cost and broaden the reach of formal remittance channels, may be a critical but overlooked step in reducing vulnerability.

Financial institutions have another tool to think about as well: incorporating loan-design features, such as flexible repayment schedules, to help borrowers stay current on their debt obligations in the face of an unexpected event. While the first generation of randomized evaluations found no impact from traditional microcredit on the income of your average borrower, alternative product designs may hold more promise. The fact is that traditional microcredit products can be quite rigid, typically requiring borrowers to start repaying immediately and to make payments on a weekly basis. More flexible lending products may be able to help address vulnerability issues better.

Several groups of researchers around the world have been testing more flexible lending products. In India, a study by Kristina Czura found some evidence that offering a flexible repayment schedule to microcredit clients allowed them to absorb shocks better (but also increased defaults). In Bangladesh, Marianna Battaglia, Selim Gulesci and Andreas Madestam tested a flexible credit contract that offered the option to delay up to two monthly repayments at any point during a 12-month loan cycle and found that it led to substantial improvements in business outcomes and socioeconomic status, as well as a lower default rate. Another study by Erica Field, Rohini Pande, John Papp, and Y. Jeannette Park found that increasing the flexibility of debt contracts increased business investment and income and reduced stress. Several other studies are underway to test variations of these products, including one I’m testing with Lasse Brune and Xavier Gine in Colombia, as we still need to understand how to design these products such that they help households in the face of shocks, while also being viable for FSPs.

It’s very important to note that financial services alone cannot eliminate risk to low-income families as a result of climate change or other shocks. That said, banks and other FSPs are crucial to ensuring that low-income consumers have access to the right products so that they are prepared when disaster strikes. There is also an important role for regulators in safeguarding FSPs themselves so that they can deliver for their customers when the time comes, even in cases where the institutions themselves may have been impacted by disaster—for example, by providing reserves to ensure liquidity when people need access to their savings or money transfers fast.

In the next couple of years, FSPs will have more evidence at their disposal on this topic from research that’s underway now: we’ll learn about the impact of the savings and loan programs in the context of affected families in Mozambique and whether access to these products will have a measurable impact on their ability to recover from the cyclones. We’ll also learn if the flexible credit products mentioned above work better than traditional microcredit at helping households withstand disasters and other shocks. Evidence like this will be crucial for making the case that consumer finance products have an important role to play in any country’s anti-poverty strategy.

Nice article on this concept. It was a really good read! It’s good to see someone writing about this. As you point out, there are plenty of important facts here. Great selection! Thanks for the information, it was very useful! I would like to be here again to find another masterpiece article.