Top Posts
Can the Indo-Pacific Economic Framework Expand US Economic Influence in...
Banks Remain Uniquely Vulnerable to Sophisticated Cyber-Attacks
Western Banks Willing to Accept the Short-Term Pain of Russian...
Why the US Is Ramping Up Its Presence in Somalia...
How Technology Is Helping to Solve Global Supply-Chain Issues
UK Inflation Climbs to Fresh 40-Year High
Home Banking Is this Cold War II, or are we just returning from half time?
Banking

Is this Cold War II, or are we just returning from half time? 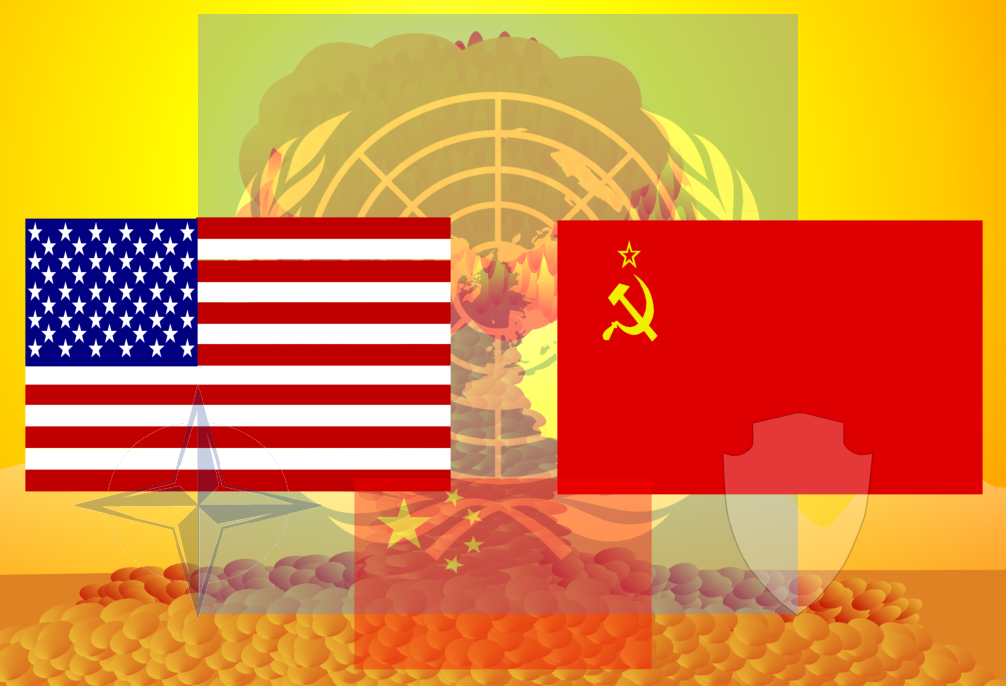 During the 2008 presidential debates, candidate John McCain said he could describe Russian president Vladimir Putin with “three letters: K-G-B”.  When both candidates were asked if they though Russia was dangerous, McCain didn’t quite answer directly. But then again, he did.

He began by saying: “if I say ‘yes’….” And concluded that if he did, the Cold War would start again. It was as if he knew the Cold War never really ended.

Just last week, a 22 year-old college student in Colorado named Irena Serenchenko told the Denver Post she’s “worried that if he [Putin] gets Ukraine, he won’t stop there.”

Serenchenko has friends in Ukraine and has visited the country many times. But she’s also a native of Russia. A native of Russia and from Russia-who is worried about her country taking over another, Soviet style.

President Putin claims he’s defending ethnic Russians in the Crimean province he’s taken over. There’s plenty of evidence to suggest that Putin has no premise for his claim, but he’s been given an exemption by default – the two main reasons are that Americans have a notoriously short political memory and an exceptional ability to deny persistent memories that are undesirable.

No one in America wants to believe the Cold War could still be a reality. American’s proved this by their own apathetic reaction to a stirring statement Putin made in 2005, when he told NBC News correspondents that “the collapse of the Soviet empire was the greatest geopolitical catastrophe of the century”.

America’s short memory is reflected by the fact that almost no one in the media has reflected on the Ukrainian peoples’ original opposition to their now-ousted president Viktor Yanukuvych was raging that same year.

In 2004, the world watched a show down between Yanukuvych and his popular challenger, Viktor Yushchenko. Yushchenko ran on a campaign platform of ridding Ukraine of the antiqued post-Soviet government that was rife with corruption.

What needs to be noted is how Ukrainians, both native and ethnic Russians, came together to challenge the corruption in their own system. It was known as the Orange Revolution. There were no significant ethnic clashes between the citizens of Ukraine. The process of recounting votes of an initially-rigged run-off election, between Yanukuvych and Yushchenko, arriving at a final legitimate election result was supervised in the Ukrainian Supreme Court and the system worked, but not before Yushchenko was mysteriously poisoned by people behind the scenes.

Before the conclusion of the election Ukraine’s security forces were run by a band of former Soviet KGB agents. Yushchenko was poisoned with the chemical Dioxin, which is manufactured in only a few places-mainly military labs in Russia and the USA. The action was clearly described as attempted murder, though there was never a trial.

Yushchenko, whose face was permanently disfigured from the poison, insisted it was members of the ex-KGB security forces in power at the time. His face was permanently disfigured, but his strength was evident, like the strength of the Ukrainian people who filled the streets of Kiev and demanded a fair run-off election, which Yushenko won after intense reexamination. The results were close, but Yushenko had a clear majority. Yushenko said it was time for his people to move on and heal.

The whole outcome was a victory for democracy and freedom, which was largely ignored on the world stage as the US honed in on its war in Iraq. It was a huge blow to Vladimir Putin, who was clearly supporting the pro-Putin Yanukuvych and had warned foreign governments not to interfere with ballot recounts, as he’d felt certain Yanukuvych would win (Yushenko had also told foreign governments to back off).

Putin was once again dwarfed in the global spot light. He had been patiently playing a quiet chess game as mysterious deaths of anti-Putin people had been occurring continuously. The poisoning of Russian journalist Anna Politkovskaya, Putin’s biggest media critic on the world stage, had happened earlier that year. Her death drew little attention or criticism from the US.

Fast forward to 2014, and we see Russia growing ever more powerful and the West continues to placate. A missile defense system that had been planned for construction in Poland and the Czech Republic, during the last Bush administration, was put-off. Whether one supports the idea or not, the fact that it was not even hotly debated shows that Americans would rather avoid the issue than take stand either way.

Poland sits on the border of the NATO block. The border is a boundary line that has largely slipped into sleepy memories of middle-age Americans who grew up during the tense days of the Cold War. Examining Putin’s actions and his affection for the old Soviet Union, it can be said that the Cold War can’t end as long as he is in power; instead, the Cold War has merely been in hibernation.

The Cold War symbol that Americans knew best was the “Russian Bear”. The bear symbol had meaning to both the US and the Soviet Union. Iconic Cold War-era diplomat Henry Kissinger, who served as US Secretary of State in the early 1970s, essential said last week that if Ukraine explodes, the noise will awaken the bear and reignite the Cold War, when he wrote in a Washington Post Opinion Column.

“Russia must accept that to try to force Ukraine into a satellite status, and thereby move Russia’s borders again, would doom Moscow to repeat its history of self-fulfilling cycles of reciprocal pressures with Europe and the United States.”

Should Americans remain apathetic to Putin’s advances, his further advances could be made quite easily. Belarus (also known as “Byelorussia”) retains much of the same governing policies and corruption that it had when it was a Soviet satellite. As late as 2012, it was called “the last dictatorship in Europe” and is notorious for lack of press freedom and oppression. Its leaders are largely grafted to the splinters of the old Soviet political networks. The nation has a large ethnic Russian population, which could give Putin a handle to grab to create ideas to justify a take-over.

Georgia is another former Soviet Satellite with a large ethnic Russian population that Putin has already invaded once in 2008. The tiny nation is an enigma in itself. It rejected, heartily, the former Soviet leaders who first took power in the post-Soviet era who had maintained a corrupt system and the republic maintains a reputation for progress. But statues of Soviet Dictator Joseph Stalin also still remain in at least five Georgian towns.

Americans largely ignored the invasion of Georgia in 2008. The stakes were lower then. It was largely believed that the purpose of the Russian invasion was to prevent the construction of a natural gas pipeline through Georgia, this would have ended Russia’s gas supply monopoly in Europe. Putin insisted the purpose was to show support for the then Georgian provinces of South Ossetia and Abkhazia. Both territories are long-disputed and since the invasion, became quasi-independent states. What was barely noted by the American media, at that time, was that Georgia has expressed a keen interest in joining NATO. Military strategists who spoke to the media then did describe Putin’s Georgia invasion as an elaborately planned military operation that could not have been spur of the moment. In retrospect, it was Putin’s signal that he would not tolerate a further expansion of NATO and, for practical purposes, a signal that Cold War never ended.

Senator John McCain now says “we’re all Ukrainians now”. But so far, most Americans are likely behind the curve. As Russian troops continue to enter Crimea, the entire Western World seems content to wait for Crimean people to vote on a referendum to join Russia. Yet, political experts world-wide say the Crimea’s acting regional prime minister, Sergey Aksyonov, a small-time Mafioso who garnered under four percent of the vote in his last attempt to win legitimate political office, has no legitimacy as a leader among the people he is supposedly protecting by supporting the referendum that is seen as concocted by the Russian government.

President Obama, meanwhile, is sunning in Florida on spring break, rather than holding meetings in Washington, displaying an attitude that everything can be scheduled as a matter of convenience.  Sadly, he displays the same attitude as much of the American citizenry.

The American President says “there will be costs” to Russia’s military actions. The question is: to whom will there be costs?  The most obvious cost is Ukrainian freedom. The costs of allowing the Cold War to start again, full scale, are yet to be quantified.