Top Posts
How Gamification is Catapulting Digital Banking to the Next Level
Challenges Remain, But There Are Opportunities to Be Had in...
Interview with Mr. Olukayode Pitan, Chief Executive Officer and Managing...
Commodities Outlook for 2023
The Value of Cash in a Time of Crisis: How...
The US-Africa Leaders Summit: Fostering a Closer Relationship with the...
Home Banking Could the US Benefit from a National Green Bank?
Banking

Could the US Benefit from a National Green Bank? 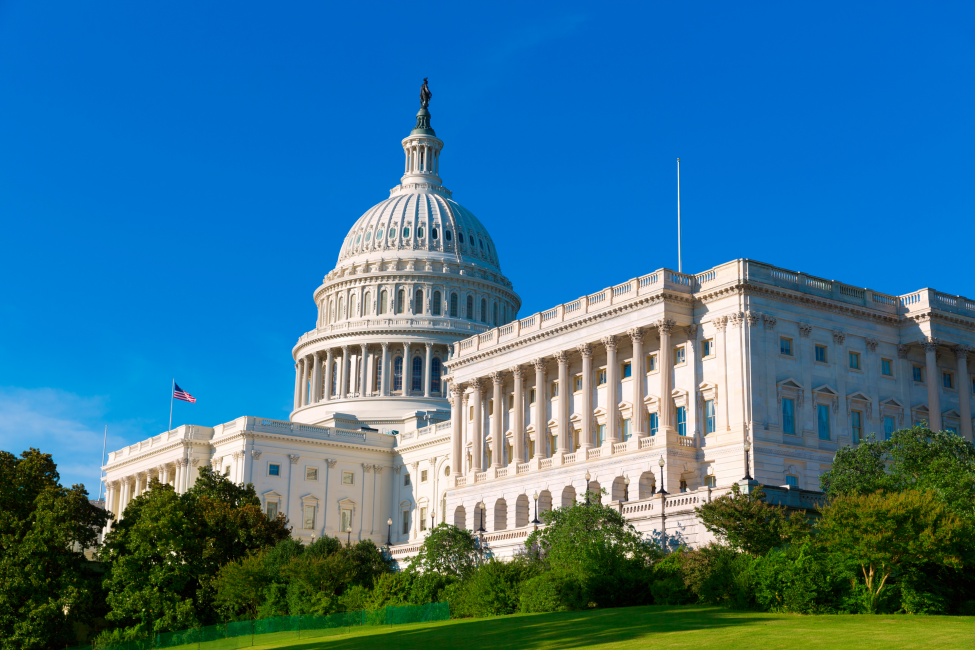 In early March, the US House of Representatives introduced the CLEAN Future Act, a bill that contains comprehensive legislation for combatting climate change. Among the Act’s proposals is the establishment of a Clean Energy and Sustainability Accelerator, which would be capitalised with $100 billion in federal support to boost private-sector investments in clean energy and other climate solutions, and thus help various private entities to make the necessary transitions towards a clean economy. As such, many are now classing the Accelerator as akin to a “national green bank”, one that will ostensibly play a crucial role in the success of such a transition.

A green bank is typically either a public, quasi-public or non-profit entity that has been established to commit private investment into green sectors, such as low-carbon, climate-resilient (LCCR) infrastructure, renewable energy, and water and waste management. Such investment can come from countries, such as Australia (Clean Energy Finance Corporation) and the United Kingdom (the Green Investment Bank), or states and counties, such as the green banks in California, New York and Montgomery County in the United States, or even cities, such as Masdar City in the United Arab Emirates. They can also derive from a variety of sources, including government, private backers and charitable organisations.

The last decade or so has seen considerable successes being registered by green-bank initiatives, many of which have accumulated stellar track records for developing innovative financing solutions to spur private-sector activity worldwide. The UK’s Green Investment Bank, which was one of the earliest green banks to receive public funding, was created to direct private funding into green energy and supported a total of £12 billion worth of domestic green infrastructure projects between 2012 and 2017 before being acquired by Macquarie Group. Its activity in the offshore wind market was particularly remarkable, propelling the UK towards a global market-leadership position and retaining almost 40 percent of global offshore wind just five years after the green bank’s creation. The European Investment Bank (EIB), although not exclusively a green bank, meanwhile, has funded more than €53 billion in clean-energy infrastructure since 2015, and Australia’s Clean Energy Finance Corporation (CEFC) has put AUD 7 billion into clean energy, energy storage and other sectors since 2013.

All around the world, therefore, countries have been developing some form of the green-bank model in their bids to accelerate their respective economies towards achieving sustainable development. According to the “State of Green Banks 2020” report, released in November 2020 as joint research from the Rocky Mountain Institute (RMI), the Green Finance Institute and the Natural Resources Defense Council (NRDC), green banks can play a variety of important roles to help a country meet such targets:

The report analysed 27 existing green banks based in 12 countries representing 42 percent of global GDP (gross domestic product) and 32 percent of carbon emissions. Research was conducted between June and September 2020, including 46 surveys and 15 interviews with representatives from 36 countries. A snapshot of some of the results of the analysis reveals some encouraging progress being made on the global stage, with existing green banks increasingly catalysing new low-carbon markets and crowding in private investment. Twelve of the green banks from ten countries, including three national-level green banks—New Zealand’s Green Investment Finance, Norway’s Nysnø and Switzerland’s Technology Fund—have managed to invest $24.5 billion in total of their own capital since their respective creations. And nine green banks from eight countries attracted a median of $2-plus of additional private money into low-carbon projects for every dollar invested.

So, could the United States achieve similarly laudable results as that of its international peers by creating its own national green bank? According to the official wording of the CLEAN Future Act itself, the Accelerator shall make the US “a world leader in combating the causes and effects of climate change through the rapid deployment of mature technologies and scaling of new technologies by maximizing the reduction of emissions in the United States for every dollar deployed by the Accelerator”. What’s more, the Accelerator’s finance and investment division will make capital available to state, territorial and local green banks to enable them to finance eligible projects in their markets that are better served by a locally based entity than directly via the Accelerator.

Already, there is much evidence of existing green banks at state and local levels achieving considerable success, catalysing a record $1.69 billion of investments, which is more than double the $709 million recorded in 2015, according to a new report by the American Green Bank Consortium, a group comprising 21 local green banks and six foundations. “Green banks established in New York, Connecticut and California, among others, have collectively invested more than $5 billion in clean energy initiatives, with efforts frequently catalysing the private sector to invest significantly more,” Kathleen Sifer, Phil Kangas and Kyle Reid of Grant Thornton recently wrote in the US government business news daily GovExec.com.

But a bank at the federal level could well accelerate those numbers going forward by supporting existing green banks as well as developing new green institutions in areas in which they don’t yet operate and sending funds to projects and sectors directly. This could significantly expedite the allocation of funds towards sectors that need to be most urgently addressed in order to meet President Joe Biden’s lofty decarbonisation ambitions. “Doing project finance at the individual facility level, at the community level, is complicated,” Jahi Wise, a senior White House adviser for climate policy and finance, said on May 11. “Sometimes the transaction costs can be high, and we need institutions that are specialized in doing that work. Green banks have stepped up to fill the void. We need to support these institutions with technical assistance and with capital.”

Such an initiative could also attract a hefty volume of additional private investment as well as create millions of jobs in the process. The bill’s proponents estimate that $100 billion in capital could end up leveraging an additional $500 billion in private-sector investment and create up to four million jobs over the next four years. “Capitalized with $100 billion in funding, the Accelerator will mobilize public and private investments to provide financing for low- and zero-emissions energy technologies, climate resiliency projects, building efficiency and electrification, industrial decarbonization, grid modernization, agriculture projects, clean transportation, and the development of state and local green banks where they do not yet exist,” stated the House Energy and Commerce Committee.

But not everyone is on board with the national green-bank concept. “The argument for a federal green bank is flawed in many respects,” Paul H. Tice, adjunct professor of finance at the Leonard N. Stern School of Business at New York University (NYU), recently explained in the Wall Street Journal. “For one, there is a truth-in-advertising problem. Banks are conservatively managed, highly regulated financial institutions that mainly engage in deposit-taking on the liability side and lending on the asset side of the balance sheet—neither of which would be central to the business mix of a federal green bank.” Tice also warned against including high-risk activities—such as taking noncontrolling private-equity stakes in green-energy ventures and funding research on breakthrough clean technologies—within the federal green bank’s core capital-providing business.

Nevertheless, the results observed worldwide suggest that a federal green bank would be a net positive, not only in meeting sustainable development goals but also in providing a much-needed economic boost. Of course, much more needs to be done beyond simply creating a national green bank to meet the increasingly arduous challenges posed by climate change.

As Grant Thornton’s Sifer, Kangas and Reid acknowledged, agencies as diverse as the Department of Energy, Department of the Treasury, Department of Transportation, Environmental Protection Agency (EPA) and United States Department of Agriculture (USDA) all need to expand their roles. “The unprecedented level of cooperation needed could be facilitated through the use of a portfolio budgeting approach that shifts focus away from disparate programs and towards a coherent and coordinated strategy for addressing climate change, cutting across agency boundaries and congressional committee jurisdictions. With coordinated leadership and focus, these agencies could have an exponentially greater impact.” By coordinating such cooperation through taking more action at the federal level, therefore, it would seem that crucial progress could well be made in achieving a greener future.

Banking on AI: The Opportunities and Limitations of Artificial Intelligence in the Fight Against Financial Crime and Money Laundering

Digital Innovation in Financial Services Requires a Focus on Your People