Top Posts
How Gamification is Catapulting Digital Banking to the Next Level
Challenges Remain, But There Are Opportunities to Be Had in...
Interview with Mr. Olukayode Pitan, Chief Executive Officer and Managing...
Commodities Outlook for 2023
The Value of Cash in a Time of Crisis: How...
The US-Africa Leaders Summit: Fostering a Closer Relationship with the...
Home Banking Interview with Mr. Khairul Kamarudin, Deputy CEO of Bank Islam
BankingCompanies 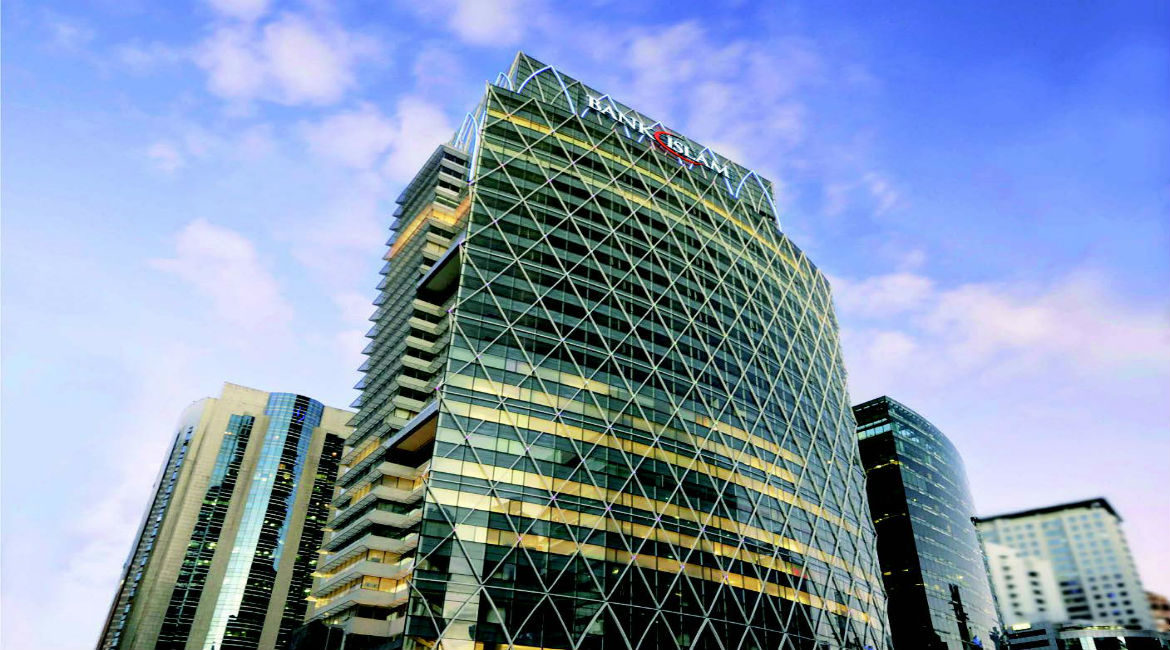 We are fortunate to be joined today by Mr. Khairul Kamarudin, deputy CEO of Bank Islam in Malaysia. Bank Islam is one of the leading financial institutions in the country, as well as being a global pioneer in Islamic finance. Our discussion today with Mr. Kamarudin will provide some insight into Bank Islam’s recent path towards becoming a banking powerhouse, as well as understanding a little more about some of the Islamic initiatives with which the bank has been involved. 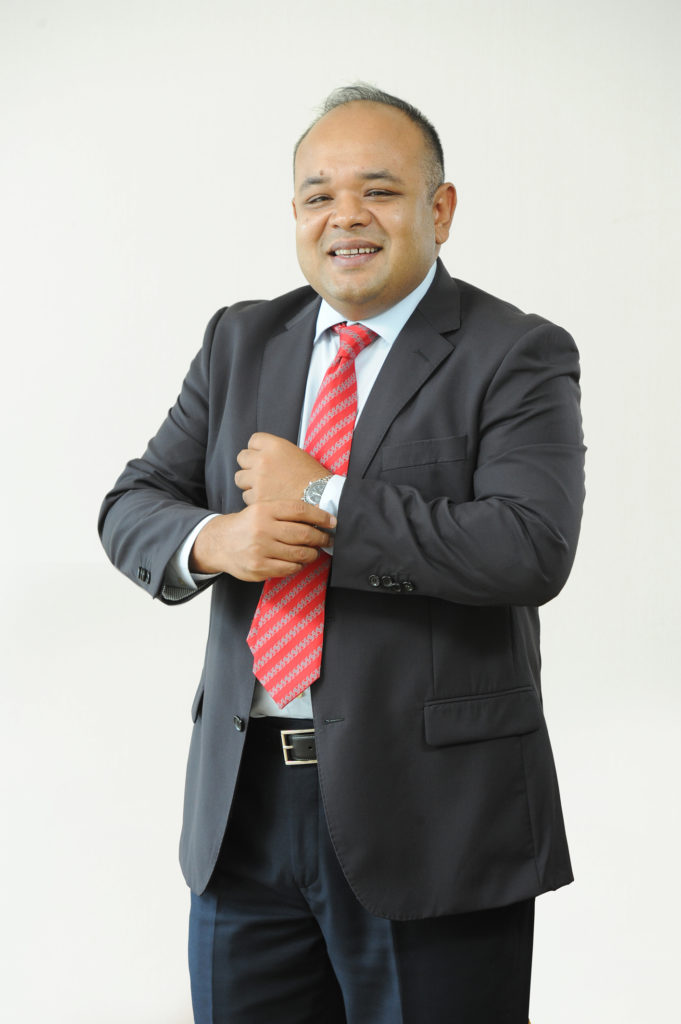 I’d like to begin by asking you about Bank Islam’s evolution into the market leader it is today. Given the bank’s stellar performance in recent years, it must seem as though those years of heavy losses in 2005 and 2006 are now a distant memory. What are some of the key measures that the bank put in place in order to prevent a repeat of those years?

One of the root causes of the problems in 2005/2006 was largely the result of high non‐performing financing. The initial postmortem that we carried out revealed that the bank did not have a robust credit-evaluation process, had insufficient depth and breadth in processing loans, and the most glaring fault was the absence of a proper risk-management framework. This led us to revamp our Risk Management Roadmap and to equip the bank with capable resource, infrastructure and support systems. We also inculcated the risk-awareness culture so everyone became aware of the different types of risks and their likely impacts on the bank. Our approach was “Risk management is everyone’s business”.

The high losses incurred also meant that every ringgit (Malaysia’s currency) counted. For us, back then, recovering non-performing financing was a priority. We then set up a focused recovery team dedicated to getting maximum recovery.

As I understand it, during this time you also made the transition from solely assisting with the financial needs of Malaysia’s Muslim population to making your services accessible to the wider, non-Muslim population. Were there any major challenges that arose as a result of this transition?

Yes, as the first Islamic bank in Malaysia, we had our fair share of challenges—managing the misconceptions of the public was definitely one of them. Islamic banking was initially perceived to be only for Muslims. It was also not seen to be at par with its conventional counterparts in terms of service quality and pricing. When the current managing director, Mr. Zukri Samat, came on board in 2006, among the earliest tasks undertaken was to reinvent the brand perception of the bank—for instance, by changing the bank logo and revamping the outlook of the branches to give them a more modern look and feel. A concerted effort through marketing campaigns was made to stress that Islamic banking is not confined just to Muslims but is for all.

Some of the measures that we implemented were:

Today, Bank Islam’s customers have grown to more than 5 million from its humble beginnings more than 30 years ago.

That’s certainly an impressive growth curve. You mention “improvements in service delivery to be at par or better than that of conventional banks”. If I can press you a little further on that, what are a few of the specific ways in which Bank Islam differentiates itself from the competition, particularly with regards to its retail-banking service?

Bank Islam is predominantly a retail bank with more than 75 percent financing driven by consumer banking. It currently offers a comprehensive range of Shariah-compliant banking and financial solutions, with more than 70 innovative and sophisticated Islamic-banking products and services to its more than five million customers.

Our strength is innovation. We are proud to say that our innovative product offerings have been one of our main contributions to the industry. For example, we were the first to innovate and market new Islamic offerings such as the award-winning Transaction-at-Palm Mobile Banking-i (TAP-i); and the first to launch University Debit Card-i (UniDebit), a multipurpose debit card that not only serves as a debit card but also provides university and library access and university identification functionalities.

As a stand-alone Islamic bank, Bank Islam takes the purist approach. It is seen as a “true blue” Islamic bank, and this attracts customers who do not compromise on Shariah principles, especially in relation to comingling of funds. That said, while we hold our loyal customers in the highest esteem, we continuously strive to attract new ones, too, with our variety of products and value propositions.

The TAP-i feature you mentioned sounds like an exciting new development. To date, how open has Bank Islam been to keeping pace with the latest innovations in digital banking in general, and would you say that the bank is currently well-positioned to expand its digital-banking platforms over the next few years?

The rise of tech-savvy consumers has inspired us to utilise the power of technology by creating innovative features of mobile banking. As was the case in the past, Bank Islam has produced some of the most innovative banking solutions for the market:

So, yes, I think Bank Islam is well underway in its effort to expand its digital-banking platforms.

The IAP indeed sounds like an innovative new venture. If I’m not mistaken, it was recently launched by Bank Islam, as well as three other founding Islamic banks. How challenging is the collaborative aspect of providing such a platform?

For the four founding banks, the challenges are to agree on the concept, approach, features and operational matters. However, they have taken a few measures to overcome the obstacles. As for Bank Islam, additional measures were taken, which include the setting up of a steering committee to supervise the development of the IAP business, as well as the establishment of a new fund-management system to facilitate the IT infrastructure for its IAP business.

Would you say that all the banks are broadly in agreement with regards to how the IAP service will operate, or is there a lot of inter-bank negotiation involved?

During the development stages, agreements were achieved by forming focus committees: Shariah Focus Group, Legal Focus Group, Compliance Focus Group, Risk Focus Group and a few others to come up with strongly suggested industry best practices. The founding banks agreed to use IAP only as a platform that serves as an interface (a marketplace) to connect them with potential ventures and investors. They would also develop their own respective IAP businesses, internal procedures and processes, and strategies on IAP business. However, the founding banks would also adopt some common standard practices, such as estimated turnaround time, type of main documents used and key terms of financing/investment.

Turning now to Bank Islam’s presence outside the office, the bank seems to place a particularly heavy emphasis on its corporate social responsibility (CSR). Which of the many social projects with which Bank Islam has been involved would you say have been the most successful and/or rewarding?

Bank Islam’s CSR effort is very much focused on building communities by creating value for the underprivileged through education, welfare, enrichment initiatives as well as financial and medical aid. We believe the most effective ways to build strong communities is through poverty alleviation and education.

Our flagship CSR initiative, Projek Bantuan Rumah (Housing Aid Project), has been ongoing since 2008 and aims to assist impoverished families by providing them with comfortable homes, which is the basic need of every human being. Since its inception, more than RM5.5 million (approximately £1 million) has been channeled to this project, making it possible for 213 marginalised families across the country to own houses. 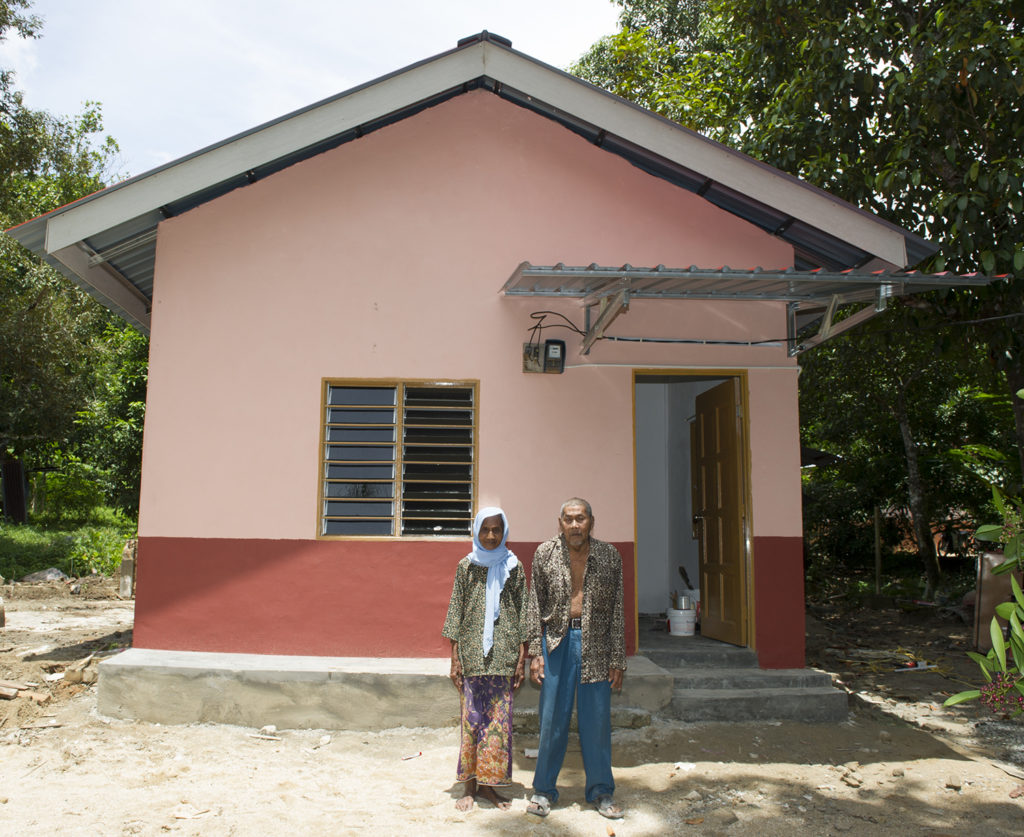 Bank Islam also believes that every child should be given equal opportunity to get the education that he or she deserves, especially those from impoverished families and underserved communities. In its effort to level the playing field between urban and rural children, the bank has affiliated with the Promoting Intelligence, Nurturing Talent and Advocating Responsibility (PINTAR) Foundation in its School Adoption Programme. Since our involvement with the programme in 2008, we have adopted 18 schools all across the country, assisting the foundation to educate and impart useful skills to more than 15,000 primary school students nationwide. This programme is designed to foster academic as well as non-academic excellence in underserved communities and to help bridge the urban-rural divide.

It certainly seems that Bank Islam has all the necessary requirements for consistent success going forward. Are there any specific areas within the bank that you are keen to see improve over the next few years?

Yes, we are definitely looking for opportunities to grow beyond our expectations while strengthening our position in the domestic market. We will constantly try to improve our customer service from within. Monitoring customer satisfaction and convenience is essential in order to maintain high standards of customer care. We need to be constantly in touch with customers’ needs and market developments to step ahead of our competitors.

One example of improving customer convenience is Visa cash-out service, our recent collaboration with PETRONAS in which Bank Islam Visa Debit Card-i holders can now withdraw cash with zero fees at PETRONAS petrol station counters in several states in Malaysia (with minimum retail purchases for either fuel or items from its convenience stores). The objective of this project is to expand the accessibility for cash withdrawals and to be an additional service offered to customers for their convenience, especially in rural areas. I would like to see more projects like this in the future.

Well, given the great strides that the bank has made in recent times, and the reputation it now commands, I’m sure that many great institutions will want to collaborate with you. We wish you all the best for the future, Mr. Kamarudin, and thank you for your time today.

Land Bank of the Philippines: Empowering the Countryside