Top Posts
Challenges Remain, But There Are Opportunities to Be Had in...
Interview with Mr. Olukayode Pitan, Chief Executive Officer and Managing...
Commodities Outlook for 2023
The Value of Cash in a Time of Crisis: How...
The US-Africa Leaders Summit: Fostering a Closer Relationship with the...
Three Key Sectors in Which to Invest in 2023
Home Banking Islamic Banking: From Financing to Empowerment
Banking

Islamic Banking: From Financing to Empowerment 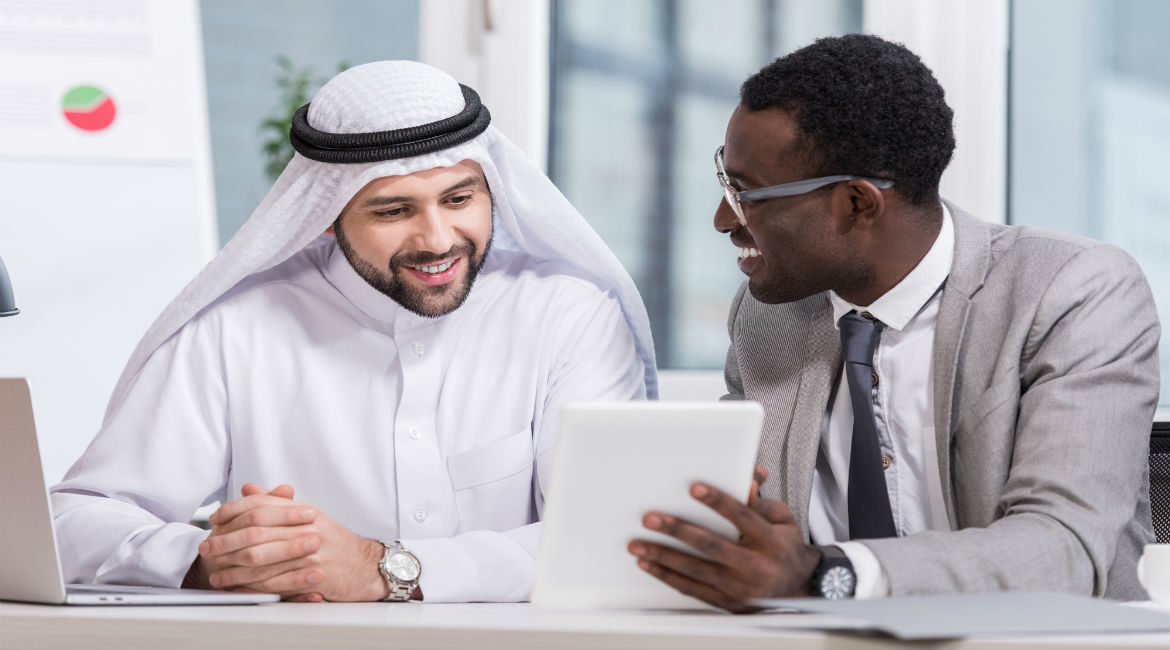 As ancient as the religion itself, Islamic banking has reached at the present time new levels of maturity, facilitated by updated regulations and growing economies and populations motivated by a heightened interest in Sharia-compliant financial innovation and alternative products. In countries with high Muslim proportions, such as those in the Middle East and Africa—where Islamic banking first put down its roots 55 years ago—the industry has become an important element in their development agendas, for it caters to the financial needs of the people without conflicting with their social and religious values.

Both the Middle East and Africa are home to more than 800 million Muslims. These populous and growing regions represent the industry’s future, as they drive the growth of Islamic banking, set industry standards and foster innovation.

The Middle East, overwhelmingly populated by Muslims, is a motherland of Islamic banking and its primary sphere of influence, as Islamic banks enjoy strong support from rich financiers and the abundance of petrodollars. The performance of the sector is improving lately as oil prices pick up, while governments are enhancing regulations to strengthen the industry.

The Fitch Ratings’ 2019 Outlook: Gulf Cooperation Council Islamic Banks report has forecasted a stable outlook for Gulf Cooperation Council (GCC) Islamic banks, reflecting stronger economic growth due to higher oil prices that are set to drive improved gross domestic product (GDP) rates in the region, financing growth and stability for Islamic banks. With the liquidity of Islamic banks expected to remain strong, this continued potential for growth means that investors are increasingly looking to tap into the various opportunities that Islamic banking offers.

Market gaps to better meet Muslim-specific banking needs with dedicated and tailored products fully aligned with Islamic core values are many and varied. Indeed, there is a broader and younger base of customers in the Middle East willing to explore new-generation banking, in terms of offer and efficiency of service, while wanting to bank in line with Sharia law. These market opportunities are underdeveloped still and present attractive platforms for profitable growth for banks eager to exploit the niche.

Fully exploiting the Islamic-banking niche means offering customers who care most deeply about Sharia obedience the flexibility, self-service and low cost of the new alternative branch models as well as alternate channels, the same as conventional banks. The United Arab Emirates’ (UAE’s) largely young Muslim population with a high mobile penetration rate—the highest in the world, according to a new report by Hamburg-based data and research firm Statista—is one such example. The UAE is home to a population of tech-savvy customers, who are eager to embrace emerging technologies that provide a high degree of convenience for their banking needs without compromising on Islamic values and security.

Besides, the UAE is stepping up efforts to promote the development of its small and medium-sized enterprise (SME) community. Sharia’s joint-ownership model particularly suits UAE’s fast-growing SME sector, in which underlying, concrete assets support loans and financing. The innovation-hub and technology-empowered UAE is a positive indicator of the country’s rapid shift towards an inclusive, secure and sustainable digital society.

The global banking industry is at the center of a large digital disruption, with advances in new technologies such as the cloud, business analytics, mobility, blockchain and robotics—all of which constitute an opportunity for Islamic banks to reimagine what the banking function should look like in the near future. So far, only key markets are driving the adoption of these technologies. But, with the emergence of a couple of digital Islamic banks, Islamic finance’s reach is expanding into new regions, leading the transformation that arises from technology innovation, and scoping its future direction towards becoming a high-value-added model.

Moving to Africa, where Islamic banking was launched—the continent holds great potential that is now beginning to be realized. According to rating-agency Moody’s, the undeniably faith-driven industry has recently shown strong growth, spreading across 18 major African markets. While countries such as the populous Nigeria stand out as a potential market, interest in Islamic banking is advancing beyond religious grounds in a range of newer locations including Uganda, Ethiopia, Zambia and Mozambique.

The Islamic Financial Services Board (IFSB) valued sub-Saharan Africa’s Islamic financial-services industry at $30 billion in 2017. Since 2014, $2.3 billion in sukuk has been issued on the continent, Moody’s confirmed. There has also been an increase in the number of licensed Islamic banks, rising to more than 80 in the last five years, as more governments introduce plans to mainstream Islamic banking.

As the sukuk sector has taken off, so has a continent-wide industry gained momentum, manifested by the greater participation of an ambitious class.

Most of the regions in Africa are underserved by existing financial-services firms. The World Bank 2017 estimates that 30 percent of the people in sub-Saharan Africa do not use formal financial services, owing to religious reasons. Unbanked people with religious concerns provide potential opportunities for Islamic banking to expand in Muslim-majority markets such as Egypt, Algeria, Nigeria, Sudan, Mali and Niger.

According to intelligence firm MIX (Microfinance Information Exchange) Market’s data, the African continent has developed one of the fastest-growing microfinance-institution bases, in recognition of the emerging importance of microfinance as a tool for poverty reduction and sustainable economic empowerment. There is an increasing interest in a whole range of financial services on the continent, including credit for small and micro-enterprises, savings facilities, insurance, pensions, and payment and transfer facilities. Besides, Africa’s young, energetic and aspiring citizens are ripe for financial-inclusion initiatives that could be offered under the umbrella of Islamic banking. With opportunities across the continent, Africa is garnering the title of Islamic finance’s new frontier.

Despite generally rigid Sharia interpretations and a high percentage of customers whose primary concern is product purity, competition is intensifying in the different African regions as even the most conservative Muslim increasingly expects competitive pricing and returns, topnotch service and a wide-ranging product portfolio.

While access to traditional banking services remains almost an illusion for most Africans, digital banking has been a rising trend on the continent, and thus, it has allowed millions to access banking services. This ground-breaking technology has permitted greater financial inclusion and has benefited large swathes of the unbanked population, including the poor, the young and women.

The use of mobile banking has grown exponentially over the past five years, making the continent the global leader in mobile innovation, adoption and usage. As local governments are encouraging initiatives such as ethical banking, rural banking, responsible banking, inclusive banking, green banking and impact investing, this new disruptive technology is helping to overcome the traditional barriers of distance and reach out to previously unbanked customers with low-cost, accessible financial services in line with their culture, ethical and religious affinities.

Paired with blockchain’s distributed-ledger technology, digital banking has spurred a dynamic transformation of Africa’s financial markets. While physical access to a bank is a major constraint for low-income populations living in remote areas, the underlying technology is capable of addressing the proximity challenge, digitally empowering marginalized communities living in socio-economic backwardness and information poverty, and is therefore certainly allowing the unlocking of new avenues for the industry’s growth.

So far, progress has been achieved on many fronts, with a burgeoning Islamic-banking sector shaping the world scene. At the heart of this amazing evolution is an ambitious commitment of all stakeholders to applying a centuries-old banking system to new modalities to empower people, reduce inequalities and promote social, economic and financial inclusion.

Going forward, the active roles played by the different entities, with technology being an enabler, will also help to chart further growth of the industry. Together, collective efforts by various stakeholders including government agencies and regulatory bodies will elevate the Islamic-banking system—the ethical nature of which is even drawing the interest of non-Muslims—to greater heights.

For Islamic banking, the best is yet to come.

The Next Generation of Personalization Is Coming. Will Banks Be Ready?