Top Posts
Challenges Remain, But There Are Opportunities to Be Had in...
Interview with Mr. Olukayode Pitan, Chief Executive Officer and Managing...
Commodities Outlook for 2023
The Value of Cash in a Time of Crisis: How...
The US-Africa Leaders Summit: Fostering a Closer Relationship with the...
Three Key Sectors in Which to Invest in 2023
Home Banking Lack of Transparency Connected with Shadow Banking Increases Risks of Losses for Banks
Banking 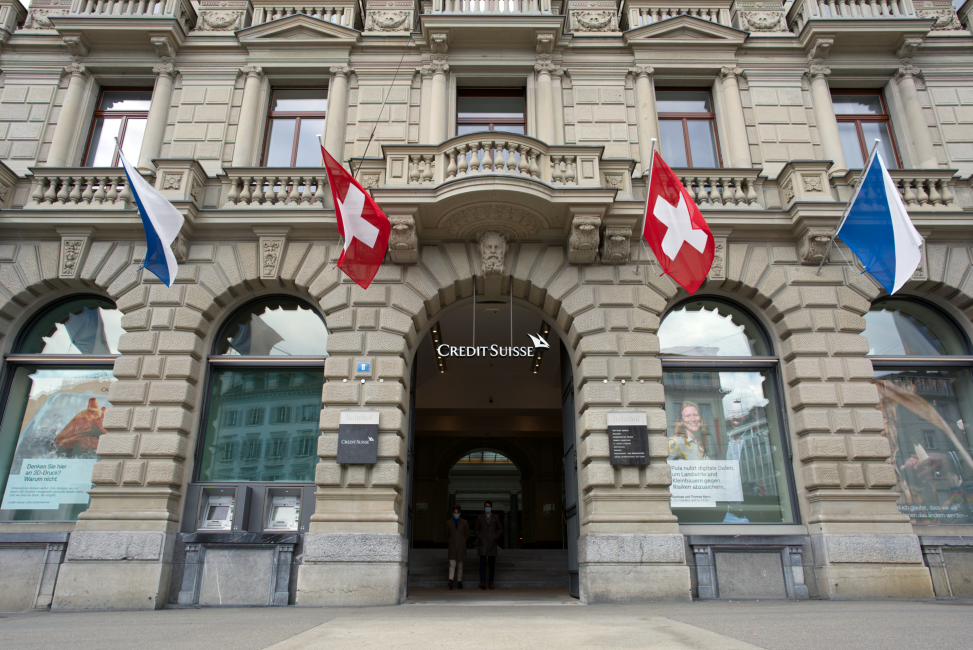 In some ways, the recent losses incurred by banks such as Credit Suisse through their exposures to Archegos Capital Management and Greensill Capital have had very different causes. Whereas banks provided family office Archegos with prime brokerage finance to invest in the stock market, Credit Suisse supplied finance for Greensill’s business of supply-chain invoice financing to companies. However, a closer look shows some interesting similarities in terms of the reasons why these operations created such large and unexpected losses for banks. These centre on concerns over the increasing involvement of shadow-banking entities (hedge funds and other non-bank financiers) in areas traditionally occupied by large banks and the lack of transparency in certain areas of the financial markets that have led to failures in the risk management of banks.

Credit Suisse is reported to have suffered losses of $4.7 billion from providing finance to Archegos. The losses arose from the usually relatively low-risk world of prime brokerage in which large banks lend to other financial institutions such as hedge funds. For this reason, prime brokers have not been subject to strict regulatory control or disclosure rules. Moreover, Archegos, set up by hedge-fund trader Bill Hwang to manage his own fortune, was also subject to a relatively low level of regulation since it was classed as a family office rather than a hedge fund. Since it was, therefore, not managing outside investors’ money, it was deemed to be low risk. These gaps in regulatory scrutiny may have contributed to a lack of transparency, which in the case of Archegos came back to haunt the banks.

What was not noticed (or ignored) by the banks’ risk managers were the numerous risk factors relating to the funds provided to Archegos. For a start, it was owned by a man who had been convicted of wire fraud in 2012 and subsequently banned from trading in Hong Kong. That should have been a reason for treating such a counterparty with greater caution. Instead, the trades to which the banks agreed had their own inherent risks. Archegos was effectively borrowing money from the banks by means of total return swaps, which allowed it to take highly leveraged synthetic positions in equities that it did not have the resources to buy outright. These highly leveraged positions (estimated at $50 billion) meant that a fund with relatively small resources (of around $10 billion) such as Archegos was highly exposed to volatility in the stock markets. This risk was further magnified by the fact that the stocks in which it invested were concentrated in a small number of US media and Chinese tech companies. And once Archegos suffered a hit when its positions in ViacomCBS experienced serious losses, it did not have the resources to pay the banks’ margin calls, and that, in turn, forced banks to rapidly conduct a $20-billion fire sale to unwind their own positions. The level of leverage and the extent of the losses incurred by a number of different banks also suggest a lack of transparency over the total amounts those banks had been lending to Archegos. If those transactions had had to be disclosed, the banks’ attitudes toward the capital-management firm’s trading practices might have been different.

The losses suffered in the case of Greensill occurred in a very different area of the market, but the tale it tells is of a similar lack of transparency. Greensill provided reverse factoring services for companies—buying the companies’ supplier invoices and paying those suppliers at a small discount and then collecting the invoices in full later from the company. Such invoice financing is not new and has traditionally been regarded as low margin and low risk because it was provided by large banks out of their own balance-sheet funds and only to their largest customers, which were unlikely to default. What was novel about Greensill’s approach was that it obtained its finance from Credit Suisse, which, in turn, set up funds sold to investors in order to provide that finance. In addition, Greensill relied on insurers to underwrite the risks of its clients defaulting, and, in the end, it was the failure of its insurers to renew the necessary policies that led to Greensill going into administration.

The risks associated with Greensill’s business model seem clear in hindsight. One similarity with Archegos was that it did not have the deep resources of a bank to allow it to survive client defaults; another was the concentration of companies on which Greensill relied to continue operations. Its risks were increased by its reliance on a small group of clients, which meant that the failure of one of them could bring down its whole operation, as was the case with Archegos’s reliance on ViacomCBS stocks. And there was a similar story of a lack of disclosure rules applying to its operations. One of the reasons why supply-chain invoice factoring may not have been on risk managers’ radar is that accountancy rules have not required companies to treat it as debt in their accounts, particularly if the financier allowed more than a year for the invoice debts to be repaid.

The operations of both Archegos and Greensill tell us something about the increasing risks for banks associated with shadow banking and other disruptive players in the financial world. Archegos and Greensill were similar in that they were relatively small players that relied on banks for finance. The risks they ran were borne not only by themselves but were indirectly shared by the banks and other market participants. So, particularly in the case of Greensill, insurers and outside investors have also been caught up in the losses.

Because of the lack of disclosure required in many areas, these risks may well result in further losses associated with new non-bank entrants moving into the traditional markets in which they seek to operate in a more high-risk way than banks have done but without being required to disclose much about their operations. And the risks of such shadow-banking participants’ practices are not to be underestimated. Because they rely on outside investment from other financial institutions, the inevitable failures among them can easily create ripple effects across multiple areas of financial markets. This kind of systemic risk poses the most concern at the moment, particularly when many observers regard the stock markets as resembling dangerous bubbles and with fintech (financial technology) disruptors actively seeking to act as intermediaries between banks and investors. Even though the banks appear to have had sufficient capital to survive the Archegos and Greensill shocks, the spectre of the 2008 financial crisis, which spiralled out of control from the sub-prime mortgage market, is ever-present.

There is little doubt that we will see further legal fallout from both the Archegos and Greensill losses, but even now, it is clear there will certainly be differences between them. The major difference is that at the moment, it is not clear that in relation to Archegos, anyone other than the banks’ own shareholders have lost out; whereas with regard to Greensill, lawsuits have already been commenced against Credit Suisse on behalf of the investors in its Greensill-related funds. The banks themselves will be looking at how those losses occurred and whether anyone else can be held accountable; regulators, too, will be taking a close interest in the actions of all concerned.