Top Posts
Are Your Bank’s Digital Marketing Metrics Meaningful?
Identifying Beneficial Ownership: A Regulatory Conundrum
Forging a Digital Framework to Harmonize the Global OTC Derivatives...
The Paradox of AI and Investing
Malaysia’s Fight Against Climate Change: Perspectives from a Central Banker
Crypto-assets and the Relevance of International Private Law
Home News Russia and Iran: a Budding Friendship of Convenience
News

Russia and Iran: a Budding Friendship of Convenience 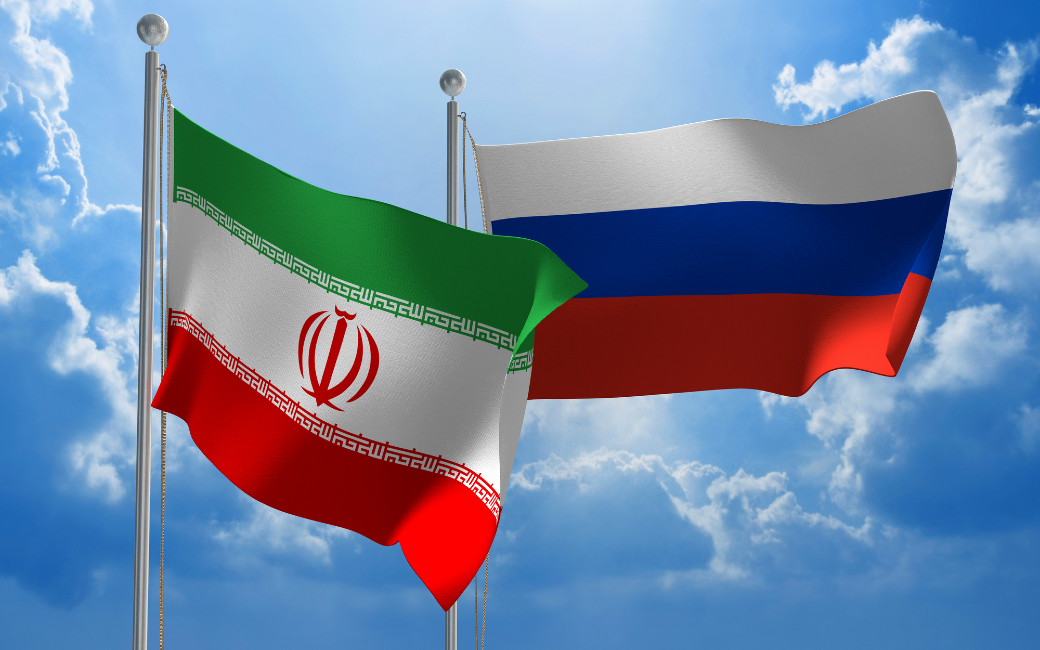 It was in his highly influential book The Grand Chessboard: American Primacy and Its Geostrategic Imperatives published in 1997 that former US national security adviser and one of the most renowned geopolitical strategists, Zbigniew Brzeziński, presciently forewarned of what he described as the “most dangerous scenario” to US global primacy—that of a “grand coalition” of China, Russia and Iran that would be formed as an “antihegemonic” union brought together not by ideology but by “complementary grievances”. With much of the sanctioned world now uniting—including Russia and Iran, two nations with an abundance of such grievances—Brzeziński’s predictions seem to be coming true.

With estimates suggesting that around one-third of the world’s population are currently citizens in countries that are under one form or another of Western sanctions invariably led by the United States, many of those countries are now increasingly engaging in what might be described as marriages of convenience—as they join forces, seek to maximise cooperation between them and jointly navigate their way around the West’s punitive measures. And with Russia and Iran both recipient nations of some of the harshest sanctions treatment in recent years, the strengthening of relations between the two oil-rich nations this year has been clearly visible. And dramatic.

Of course, the geographical proximity between Russia and Iran should be highlighted from the outset. The direct distance between Iran’s northernmost city Parsabad and Russia’s southern republic of Dagestan is perhaps less than 100 miles, with Azerbaijan sandwiched between the two. This in itself strengthens the argument for the two to have rock-solid bilateral ties. But with “complementary grievances”, as Brzeziński put it, now more intense than they have ever been, it would seemingly make sense for them to further explore mutual opportunities that can ultimately expand economic cooperation.

Lo and behold, Tehran welcomed President Vladimir Putin of Russia and President Recep Tayyip Erdoğan of NATO (North Atlantic Treaty Organization) member Turkey in mid-July, with images published across major global news outlets of the Russian president being warmly received by Iranian Supreme Leader Ali Khamenei. It was a rare foreign visit for Putin, further underlining how important he considers Russia’s alliance with Iran. The visit also swiftly followed US President Joe Biden’s appearance in the Gulf, as the president sought to firm up relations with long-standing regional allies, most notably Saudi Arabia and Israel.

Indeed, the US has accused Iran of providing Russia with drones to support its ongoing war against Ukraine. The US national security adviser, Jake Sullivan, stated that “deepening an alliance with Iran to kill Ukrainians is something that the whole world should look at”. The Biden Administration has also alleged that Iran has been training Russian officials to use its advanced drones, with a Wall Street Journal article published on August 10 suggesting that training had commenced in recent weeks as part of an agreement for Tehran to send hundreds of drones to Russia. But Russia and Iran have denied the US’ allegations.

The official reason for Putin’s trip was regarding the war in Syria, with all three leaders holding a meeting as part of the so-called Astana peace process, which seeks an end to the conflict. The two countries have long been in alliance on this front, providing military and technical support to embattled President Bashar Hafez al-Assad’s regime since civil unrest in 2011 unleashed a brutal civil war that lasted throughout much of the decade. This support proved vital in preventing Assad from being removed from office. “I am very pleased to be on the hospitable Iranian soil…. We can boast about record figures in terms of trade growth,” said Putin in a meeting with Iranian President Ebrahim Raisi. “We are strengthening our cooperation on international security issues, making a significant contribution to the settlement of the Syrian conflict.”

Perhaps unsurprisingly, Khamenei has echoed Russia’s view on which parties were responsible for the Ukraine war. “If you did not take the initiative, the other side would have caused the war with its own initiative,” Khamenei reportedly told Putin. “If the road is open to NATO, it knows no boundaries and if it was not stopped in Ukraine, they would start the same war some time later under the pretext of Crimea.” According to Iranian state TV, moreover, Khamenei also advised Putin that Tehran and Moscow should remain vigilant against “Western deception” and called for long-term cooperation between the two nations involving significantly expanded trade and investment and that de-dollarization was required for global trade.

“No one is in favour of war, and the loss of ordinary people’s lives is a great tragedy, but the behaviour of the West made us have no choice but to react,” Putin was reported to have responded. “Some European countries said that that they had been against Ukraine’s membership of NATO, but then agreed under American pressure, which shows their lack of independence.” The Russian ambassador to Tehran, Levan Dzhagaryan, was also quoted in an interview with Iran’s Shargh newspaper as saying that Russia and Iran were now in a “single fortress”.

The subject of grain issuance from Ukraine was also at the forefront of discussions, particularly between Putin and Erdoğan during their Tehran visit. Turkey has thus far refused to follow other NATO members in sanctioning Russia and crucially acted as a mediator between Moscow and Kyiv. The talks proved instrumental, given that they led to a United Nations agreement to allow the export of grains from Ukraine and Russia, as well as fertilisers through the key ports of Odesa, Chornomorsk and Yuzhny next to the Black Sea. “With your mediation, we have moved forward,” Putin told Erdoğan at the time. “Not all issues, however, have been resolved. But what was is already good.”

Nonetheless, the war continues, with Iran reportedly providing key support for Russia’s military aims in Eastern Ukraine. Indeed, it was revealed on August 10 that Russia had successfully launched the Iranian satellite, Khayyam, into orbit from the Russian-leased Baikonur Cosmodrome launch facility based in Kazakhstan. According to the Iranian space agency, the satellite has been deployed for environmental monitoring, specifically agricultural programmes and water-resources tracking. Others, however, believe Moscow is using it to monitor troop movements in Ukraine, thus giving it a major edge in the war. “The rumours about using the satellite’s photos for military purposes are wrong,” Tehran officially responded, however, with Iran’s telecommunications minister, Issa Zarepour, hailing the launch as “a turning point for the start of a new interaction in the field of space between our two countries”.

But perhaps the standout agreement from the recent Russia-Iran rapprochement is the memorandum of understanding (MOU) worth around $40 billion signed by the National Iranian Oil Company (NIOC) and Russian state-controlled energy giant Gazprom. Reports by Iran’s Ministry of Petroleum’s news service, Shana, stated that the document was signed during an online ceremony on July 19 by NIOC’s chief executive officer, Mohsen Khojastehmehr, and Vitaly Markelov, deputy chairman of the Gazprom Management Committee, and will facilitate the development and pressure enhancement of crucial oil and gas fields, gas and product swaps, completion of LNG (liquefied natural gas) projects, construction of gas-export pipelines and other scientific and technological cooperation. “The relations between Iran and Russia under the 13th administration have been put on a new path with the support of Iranian President Ebrahim Raisi and Russian President Vladimir Putin, and the two countries want to expand relations at all economic and political grounds,” Shana added.

Such examples of cooperation clearly demonstrate that relations between Russia and Iran have improved significantly this year. But it should also be stressed that by no means is this burgeoning friendship a match made in heaven. On the contrary, the historic relationship between the two has been littered with conflict, perhaps no more exemplified than by a series of Russo-Persian wars between the 17th and 19th centuries. And even more recently, Russia’s votes in favour of several United Nations Security Council resolutions against Iran’s nuclear programme between 2006 and 2010 were instrumental in sanctions being applied against Tehran—measures that have seriously dented the Iranian economy and consigned over a third of its population to poverty.

But it is increasingly apparent that both parties now find themselves in the same boat regarding the West’s sanctions regime, and bilateral collaboration, where possible, has become the most expedient strategy for them to pursue. And with China having strengthened its own ties with both countries considerably over the last year or so, one suspects that the three nations will continue to coalesce around the abundant opportunities for geostrategic cooperation—slap bang in the heart of Eurasia, moreover.

As Brzeziński stated, “It would be reminiscent in scale and scope of the challenge once posed by the Sino-Soviet bloc, though this time China would likely be the leader and Russia the follower. Averting this contingency, however remote it may be, will require a display of U.S. geostrategic skill on the western, eastern, and southern perimeters of Eurasia simultaneously.” As such, the US has an uphill battle on its hands if it wants to maintain its hegemonic influence in this region.

How Investment Banks Stay Competitive in The Fierce Battle For Talent

Sitting on the Fence: the Returning Appeal of...

US Is in a Technical Recession Despite Upward...

The Implications of the Petro-Márquez Election Victory in...

Is a New Cold War Inevitable?

The Counterbalancing Significance of the Shanghai...

Sitting on the Fence: the Returning...

US Is in a Technical Recession...