Top Posts
Can the Indo-Pacific Economic Framework Expand US Economic Influence in...
Banks Remain Uniquely Vulnerable to Sophisticated Cyber-Attacks
Western Banks Willing to Accept the Short-Term Pain of Russian...
Why the US Is Ramping Up Its Presence in Somalia...
How Technology Is Helping to Solve Global Supply-Chain Issues
UK Inflation Climbs to Fresh 40-Year High
Home Banking The Fallout—Investment Banking on the Decline
Banking

The Fallout—Investment Banking on the Decline 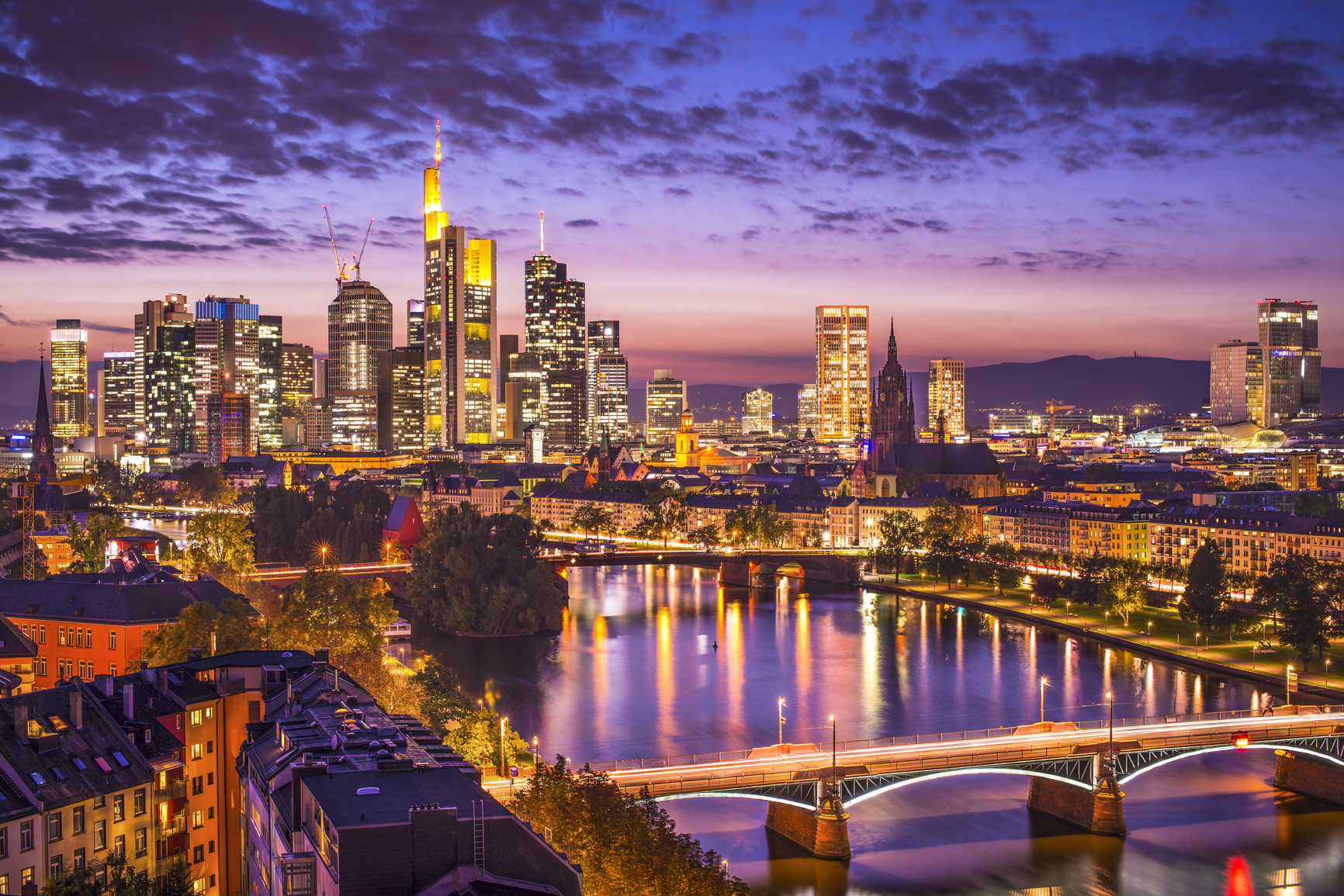 The investment-banking sector has faced numerous new and substantial challenges over the past few years. European investment banks have suffered the most strain. With the Eurozone economy suffering from a number of ailments, the banking sector in this region has been contending with particularly challenging marketplace conditions. The trying combination of coping with fines and legal battles as well as increased levels of regulatory rules and restrictions on business has hampered the investment-banking sector on a global scale—with balance sheets feeling the pinch at even the most lucrative and largest banking institutions, such as JPMorgan Chase. However, European investment banks are also having to cope under the local economic conditions of stagnation and higher levels of economic uncertainty stemming from Southern European nations, neighbouring Russia and most prominently and most worrisome, the potential of a Greek debt default and exit from the Eurozone. Unlike in the US and the UK, where swift monetary policy action and intervention has helped restore some stability and faith in the regions’ markets, Europe is still faced with high levels of volatility and uncertainty, which has led to fallout effects on the banking sector in the region. Performance remains weak both in terms of profits at banks as well as economically as fiscal and political uncertainty pervade the continent. Further to this, the profitability of investment banks across the globe has been placed under pressure over the past five years as the industry has been squeezed by a raft of regulatory changes and the costs with which these changes come.

European investment banks have been experiencing weaker performance in across-the-board profits when compared to their US contemporaries, and the trend is forecast to continue through the remainder of 2015. For example, Germany’s Deutsche Bank has seen sales and trading revenue rise 14 percent over the last reported financial period, in addition to a 10-percent gain in the same area from Switzerland’s Credit Suisse over the same period of time. However, the equivalent number at Goldman Sachs was close to double these figures—nearing 25 percent over the comparison time frame. Unease about fiscal and political uncertainties is growing in Europe, and the actions of banks in the region are further compounding the problem. As an example, a strategic move from Deutsche Bank to relocate bank headquarters from London to Hong Kong does not send a message of confidence to the marketplace. HSBC has also suggested a similar move to rebase its European hub of operations into Asia. The M&A divisions of investment banks have been suffering considerably—in particular when it comes to underwriting and advisory. According to research data from Thomson Reuters, European investment banks reported the worst-ever annual performance in a decade in M&A and equities over the past year. In addition, only two European banks have placed (Barclays ranked fourth, and Credit Suisse ranked 10th) amongst the top 10 global deal advisers so far this year, according to the same research. UBS and Deutsche Bank—historically heavyweights in this arena—have fallen out of favour. In addition, when it comes to equities, European banks have slumped in their global-rankings performances.

European investment banks are not alone in their suffering. In its simplest form, investment banking involves deal-making. Chinese-based deal-making numbers reached peak levels over the course of the last calendar year. Although the investment-banking sector is under strain globally, the Chinese-based investment-banking sector may likely experience the toughest situation. The Chinese investment-banking sector has historically been a very relationship-based business—deals would be made based on connections and networks that involved a few key, well-known and well-established, trusted intermediaries. These intermediaries would most likely be working to launch state-owned businesses into the private sector successfully. With these types of deals, there inevitably would be an expectation that the resulting relationship would produce more deals in the future and continuing streams of follow-up work—such as deals for debt issuance, spin offs and other ventures. Relationships would be long-term and of mutual benefit—with investment bankers working day and night for company executives, knowing that a long-term, lucrative relationship was on the line. Things do not necessarily always go that smoothly, however, with some company executives hesitant or refusing to pay for work and advice. However, the market is undergoing dramatic change—the norm of structure and process for investment banking in the nation is being re-established. With the opening up of the market, US regulators are having an increasing amount of say and interest in the industry. Research from Dealogic indicates that China currently accounts for approximately one-third of total Asian-based investment-banking revenue in Asia. This proportion has doubled from its 2010 levels; however, the profitability of the investment-banking sector has not grown at the same pace.

As an example, with the reform of a number of state-owned enterprises in the country, there has been an increasing number of deals on which to work—including listings, mergers, spinoffs and more. Banks are winning deals, but this is not drawing in substantial fees as one might expect, given the size and prominence of these activities. Investment-banking profitability in the region is being placed under pressure—with more and more work for fees that grow at much slower rates. Even when it comes to handling deals from private companies, investment banks are being placed under a squeeze. Very few companies seek advice or deal-making expertise from investment-banking advisers in the first place—instead relying on internal workforces to structure the deals. Further to this, bankers must split fees for initial public offerings (IPOs)—as a trend is emerging whereby companies are seeking a plethora of advisers on deals, and the IPO fees are split between the various involved parties. The investment-banking fee pool is considerably smaller in China compared to Western levels—as evidenced by the $1.7 billion in fees recorded so far this year in China, compared with $11.3 billion and $5.6 billion in the US and Europe respectively. Meanwhile, there is a need for some investment-banking activities in the region, and the squeeze on the sector is leading to a high-labour turnover as skilled workers shift around seeking the best compensation and look for the banks that attract the best deals so that they may have a chance of getting a slice. The investment-banking climate in China is for now somewhat uncertain—the terms of doing business have changed, and where they will settle is still up in the air as the wider marketplace adjusts.

On a global scale, we can see that the US investment-banking sector—although placed under considerable strain from legal battles and regulatory overhaul costs—has been performing well relative to the EU and Asia regions. Underpinned by improved economic stability and momentum, US companies are bringing more deals to the pipeline, and this is fuelling the buoyancy in US investment banking. However, the market is also changing shape in the US—as smaller, independent, boutique setups are giving larger, established investment bank advisers a run for their money. With the benefit of lower overheads and more nimble operational infrastructures, smaller adviser businesses have some degree of a competitive edge over large investment-banking setups, and this is placing a squeeze on the market’s margins. The trend to use these smaller, independent setups is growing as they can often offer specialist expertise, lower costs and more focus as they have fewer clients and deals over which to spread their time and resources.

Meanwhile, the forecast is for the conditions under which European investment banks are working to get less favourable as the year progresses. Large banks, such as Credit Suisse and Deutsche Bank, are making large cuts to headcount and asset holdings as well as relocating a number of offices out of Europe and into Asia. Capital is being directed away from these areas of business in the larger banks and instead is being put towards more lucrative areas of business, such as wealth management. Restructuring and management changes are on the cards for Deutsche Bank, which is also planning to cut €200 billion worth of assets from its investment-banking operations over the year. The main reason for the cuts is to meet regulation—these banks are struggling to meet capital ratios and leverage targets and need to free up capital in order to remain within the requirements. Despite these changes and conditions, Deutsche Bank has made a decision to move out of retail banking and to pursue a more committed strategy when it comes to investment banking. This is a risky strategy that may pay off only if the European economy experiences a turnaround sooner than later—even then the business will be tough, with increased regulatory stringency. If regulatory pressure sustains at these levels, and the European economy stagnates, Deutsche Bank will suffer severe setbacks. Meanwhile, many global parties are left wondering if the European investment-banking sector will ever recover. Increased regulation on capital and compensation, economic uncertainty and flight of business out of the region is not indicating a promising outlook.