Top Posts
Eurozone Inflation Soars to a Record 8.6 Percent in June
Why Fintech Has a Role to Play in the Cost-of-Living...
Global Military Spending Hits a Record High
Could Big Tech’s Iron Grip on Digital Advertising Soon Come...
Can Recent Oil Discoveries Prove to be a Boon for...
Is It Time to Explore an Alternative to Fractional-Reserve Banking?
Home Finance What If Low Rates Are the New Normal?
Finance 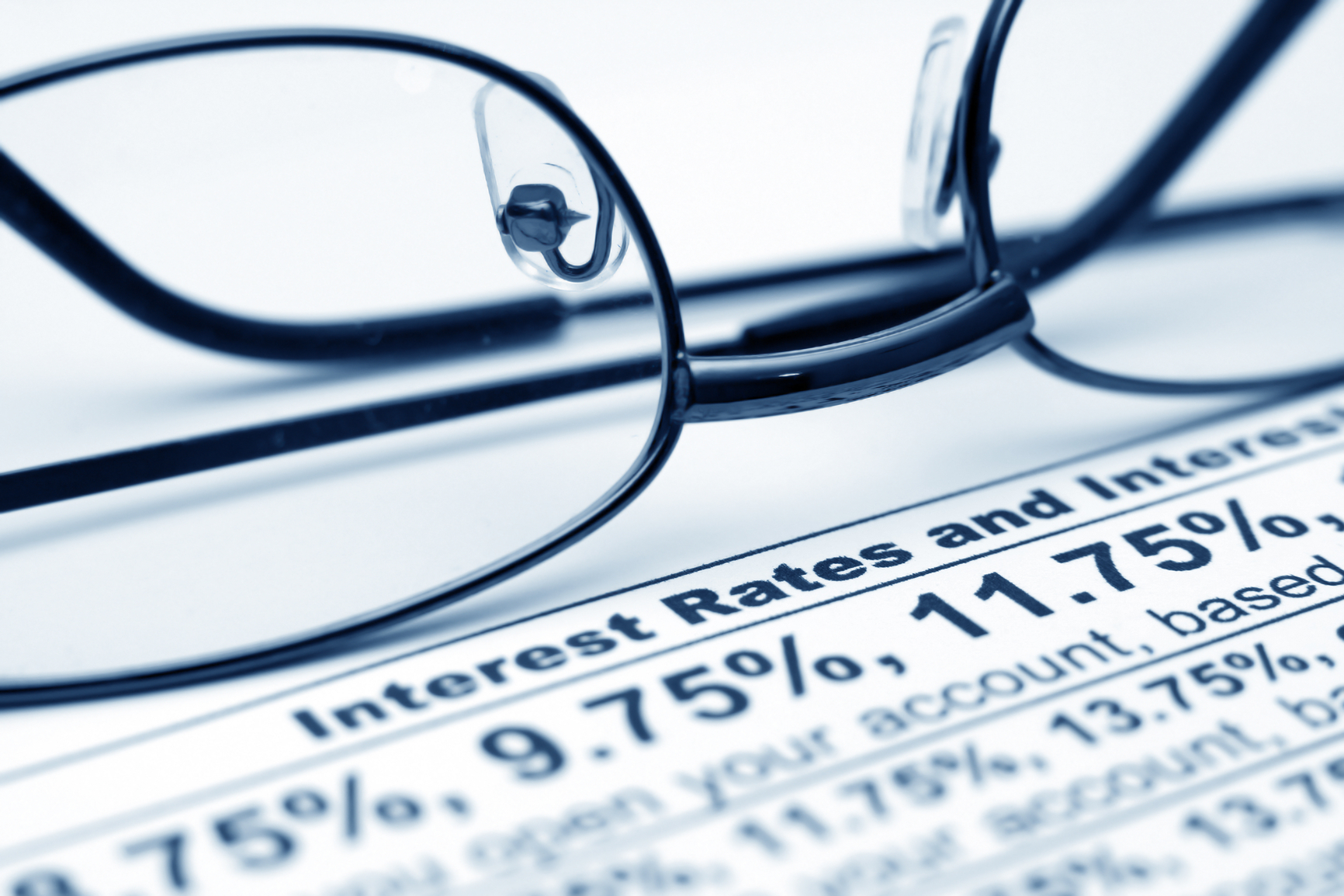 We are living in extraordinary times, with extremely low and even negative nominal interest rates in some countries. In addition to banks facing an operational challenge in terms of feeding their systems with negative rates, negative rates upset everything we have been taught about the role of interest rates in the economy. An interest rate is supposed to compensate savers for offering capital to entrepreneurs and companies, and for postponing consumption. The interest rate should also reflect the return that companies and others may earn on additional real investments. Hence, theoretically, negative rates imply that consumers require compensation for consuming today rather than next year, and that no one can find investments that will give a positive return.

Is this really how the world works today? I doubt it. However, major global trends point in the direction of a lower normal interest-rate level than we have been used to over the past 30 years (in this context, interest rates mean real rates, that is, nominal rates adjusted for inflation). But I doubt that things have gone so far as to invert consumers’ time preferences, making them prefer to postpone consumption until later rather than consuming today, and/or that no profitable real investments are to be found in the world. Central banks’ monetary policies and new financial-market regulations are factors that seem to interfere with the free-market world and drive rates down further.

Demographics with strong bearing on rates
Let us first look at some global, long-term trends that could contribute to lower nominal rates in decades to come. In many European countries, including populous countries such as Germany, Italy, Poland and Spain, the population is ageing and will decline in coming decades. The same is the case in Japan and China. In the United Kingdom, France, Norway and Sweden, the population is still growing, but will age and level out by the end of this century. That is also the case in the United States. Another important factor is that life expectancy is increasing in most countries, while the average age of retirement has declined, at least until recently. Even if the retirement age should increase somewhat going forward, our expected post-work life span will be higher than at any time in history and probably will still increase somewhat. Lastly, this demographic development combined with high public debt is forcing governments to reduce the benefits paid under the public pay-as-you-go pension schemes.

This cocktail of developments implies that individuals will have to save up more to maintain a certain standard of living when retiring. If we assume that most people do not start saving for retirement until the age of 40-50, the ageing of the population implies that the share of the population that needs to save for retirement will also increase. When the population also starts to decline, the need for investments in housing, shopping malls, transportation systems, etc., will also decrease. Gradually higher private savings combined with a reduced need for infrastructure and buildings will lead to lower underlying interest rates. This is a situation that is not likely to change soon but will prevail for decades to come.

The demographic situation in Germany, Europe’s economic engine, is particularly severe. An extrapolation made by the UN, assuming a constant fertility rate, shows that the German population will fall below the French and British around 2045, and that the German population will roughly halve from now until 2100. The population trend will be as negative as that seen in Japan. This will completely change the balance of economic power in Europe. Germany cannot continue to be the strong economic driver of the rest of Europe for very long—the country’s underlying economic growth will decline to close to zero, unless productivity picks up sharply. It is no wonder that the Germans are saving up and that the government is resisting all calls from the international community to spend more money now.

Financial repression
Public finances are a challenge in most advanced economies and will continue to be so going forward. Public debt is now higher relative to GDP than just after the Second World War and still rising. Despite reforms to limit expenditure, an ageing population will have a negative effect on budget balances going forward, driving up expenditures for healthcare and pensions, and eroding tax revenues. The high public debt will be impossible to handle when underlying economic growth declines towards zero due to the shrinking population, and even more so if real interest rates increase to 2 or 3 percent. The central banks’ bond-purchase programmes and governments’ adoption of new regulations obliging financial institutions to hold more government bonds should also be seen in this context. I think the motivations for these measures are not only to stimulate the economy or protect it from new financial crisis.

In an IMF working paper, “The Liquidation of Government Debt”, from January this year, Carmen M. Reinhart and M. Belen Sbrancia discuss how policy measures have been used through history to reduce the real value of government debt. Governments have typically come out of wars with high debt. That was the case after both the First and the Second World Wars. Rampant inflation combined with regulations to keep interest rates down, and regulations imposed on financial institutions and insurance companies to purchase government bonds were used after the Second World War to lower the real value of the debt. After the war, reconstruction and liberalisation of trade also enabled high economic growth in most countries.

Now long-term growth prospects in advanced economies are poor, and it is hard to obtain high inflation when the population starts shrinking and overcapacity surfaces. Most countries also have inflation targets at around 2 percent, and central banks are already striving to get inflation up to that level. It is hard to see that inflation of 5-10 percent could become a reality in the foreseeable future. So, if the real rate of interest is kept close to zero going forward, nominal rates would also have to be close to zero.

Many of the policy measures and regulations implemented after the last financial crisis have contributed to financial repression, even though the stated purpose is different. Central banks have lowered policy rates to around zero, and they have purchased government bonds and are still doing so. According to an OECD Economics Department working paper from October last year, “Factors behind the Decline in Real Long-Term Government Bond Yields” (written by Roman Bouis, Kei-Ichiro Inaba, Lukasz Rawdanowicz and Ane K. Christensen), the quantitative-easing (QE) measures launched have between 2009 to early 2014 lowered long-term government yields in the United Kingdom and the United States by 90 and 230 basis points respectively. On the regulatory arena, new liquidity requirements are imposed on banks, obliging them to purchase many more government bonds. The above-mentioned OECD paper estimates that banks will hold 5-9 percent of total outstanding government bonds globally when the liquidity requirements are fully implemented. And new regulations for insurance companies and pension funds will strongly encourage them to invest more in government bonds. In Europe, there will be no credit-quality requirements for insurance companies’ government-bond investments to be exempted from regulatory capital requirements, only that the bonds are issued or guaranteed by a government in the European Economic Area.

Financial repression dampens demand
It could be questioned whether zero rates are effective in stimulating the economy. Yes, asset prices are driven higher. But if zero rates persist over time, they could drive up savings, too, and dampen consumption, especially in an ageing population as returns on pension schemes decline. Future retirees, or their employers, would have to save up more in the pension schemes to retain their planned benefits.

A policy to keep real interest rates at around zero for an extended period redistributes income from long-term private savers to governments with high debt. The effect is similar to long-term private savers being taxed more heavily. However, this kind of financial repression is less transparent than higher taxes and therefore triggers less political resistance.

Will the financial system become safer when financial institutions are obliged to purchase more government bonds irrespective of credit quality? It could have been the case if at the same time effective fiscal mechanisms had been put in place, committing governments to closing their budget deficits and protecting them from the temptation to increase debt further because yields were low. However, no such mechanisms seem to be in the pipeline.

ABOUT THE AUTHOR
Steinar Juel is Chief Economist at Nordea Bank in Norway and the coordinator of Nordea’s global economic research. He holds a masters in economics from the University of Oslo (1975) and has extensive experience as an economist at Norway’s Central Bank and the Ministry of Finance. He was personal advisor to two Finance Ministers in 1985/86. He has also worked in the Norwegian Banking Association where he became head of the Economic Policy Department. Before joining Christiania Bank and Kreditkasse as chief economist in 1991, which later became a part of Nordea Bank, he also worked for two years in the EFTA Secretariat in Geneva, where he was responsible for coordinating the EFTA-countries’ position in the area of financial services in the negotiations with the EU on establishing the European Economic Area, EEA. Steinar Juel is often in the news in Norway, commenting on economic questions and he is also a regular columnist in the Norwegian daily newspaper Dagens Næringsliv. He has also given lectures at the BI Business School in Oslo and at the Banking Academy.
Go to top
0 comment 0 FacebookTwitterPinterestEmail
previous post

The Fallout—Investment Banking on the Decline