Top Posts
How Gamification is Catapulting Digital Banking to the Next Level
Challenges Remain, But There Are Opportunities to Be Had in...
Interview with Mr. Olukayode Pitan, Chief Executive Officer and Managing...
Commodities Outlook for 2023
The Value of Cash in a Time of Crisis: How...
The US-Africa Leaders Summit: Fostering a Closer Relationship with the...
Home Banking “Unusually Uncertain” Outlook, Bank of England Warns, as Rates Kept Unchanged
Banking 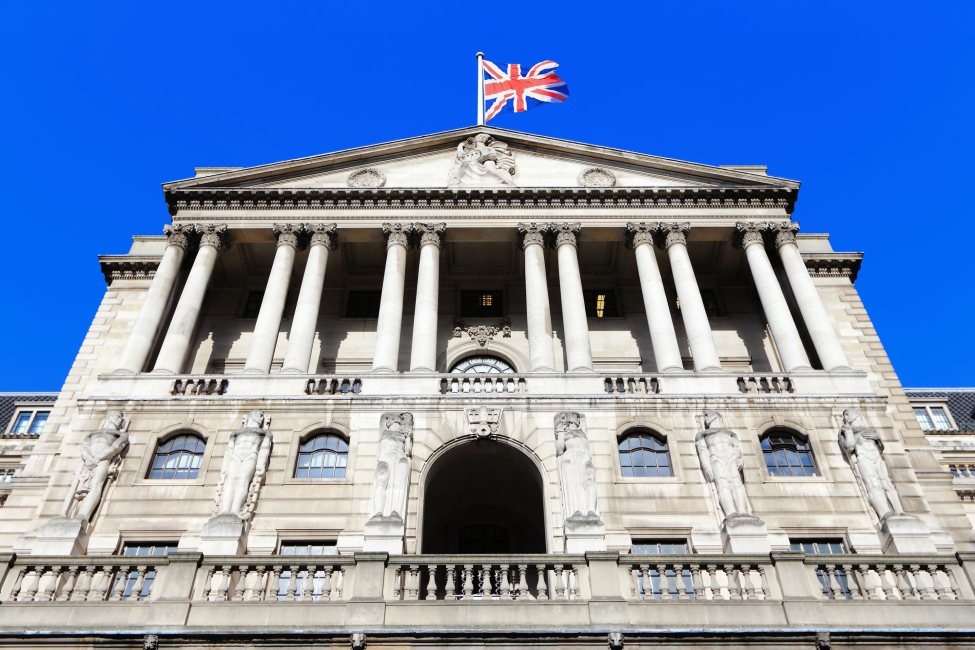 The Bank of England (BoE) announced on Thursday, September 17, that the Monetary Policy Committee (MPC) had voted unanimously to leave its benchmark bank rate at 0.1 percent whilst also maintaining the target for the total stock of asset purchases under its quantitative-easing (QE) programme at £745 billion.

According to the BoE summary, “At its meeting ending on 16 September 2020, the MPC voted unanimously to maintain Bank Rate at 0.1%. The Committee voted unanimously for the Bank of England to continue with its existing programmes of UK government bond and sterling non-financial investment-grade corporate bond purchases, financed by the issuance of central bank reserves, maintaining the target for the total stock of these purchases at £745 billion.”

The Committee did, however, warn that the outlook for the economy remains “unusually uncertain”, citing the direct impact of COVID-19 on economic growth and the move to a comprehensive free-trade agreement with the European Union (EU) on January 1, 2021, as being key factors over the coming months.

The BoE’s Monetary Policy Committee sets monetary policy to meet its 2-percent inflation target as well as to sustain growth and employment. But with inflation having fallen from 1.0 percent in July to 0.2 percent in August, due mainly to the UK Government’s Eat Out to Help Out Scheme and the cut in the Value Added Tax (VAT) for hospitality, holiday accommodation and attractions weighing heavily on prices, there is now concern that the MPC’s inflation target will not be met for quite some time. Indeed, the Bank now predicts that inflation will be around 2 percent in two years’ time, conditional on prevailing market yields.

And with many forecasting inflation to remain below 1 percent until at least the end of the year, there could be growing pressure for the rate-setting committee to adopt an even more dovish stance. Indeed, the low inflation rate prompted an exchange of open letters between Andrew Bailey, the BoE governor, and Rishi Sunak, the chancellor of the exchequer, published by the Bank with its monetary-policy announcement.

That said, the BoE did acknowledge that the UK economy appears to be in a stronger position than it was a month ago. “Recent domestic economic data have been a little stronger than the Committee expected at the time of the August Report, although, given the risks, it is unclear how informative they are about how the economy will perform further out,” the Bank observed, adding that recent COVID-19 cases still have the potential to keep economic activity subdued for some time, although perhaps not as intensely as was the case earlier this year.

Nonetheless, the Bank warns that “there remains a risk of a more persistent period of elevated unemployment than in the central projection”, with it predicting that the unemployment rate would reach 7.5 percent by the end of 2020. And with potential risks to the UK economy arising from a possible no-deal Brexit, a resurgence of coronavirus cases inducing more restrictive economic activity and next month’s ending of the government’s furlough scheme (which was preventing millions of workers from being laid off), further monetary loosening could well be implemented over the next few months.

“The path of growth and inflation will depend on the evolution of the pandemic and measures taken to protect public health, as well as the nature of, and transition to, the new trading arrangements between the European Union and the United Kingdom,” the Bank said in its official statement. “It will also depend on the responses of households, businesses and financial markets to these developments.”

As such, the BoE has confirmed that it will continue to monitor the situation closely and “stands ready to adjust monetary policy accordingly to meet its remit”. Indeed, minutes from the MPC meeting on September 16 show that it “had been briefed on the Bank of England’s plans to explore how a negative Bank Rate could be implemented effectively, should the outlook for inflation and output warrant it at some point during this period of low equilibrium rates.” The Bank also affirmed that it will begin “structured engagement on the operational considerations” in the fourth quarter.

For the third quarter of 2020, the Bank of England expects gross domestic product (GDP) to be around 7 percent below its fourth-quarter-2019 level, which is stronger than it expected at the time of its August report a month ago.