Top Posts
Challenges Remain, But There Are Opportunities to Be Had in...
Interview with Mr. Olukayode Pitan, Chief Executive Officer and Managing...
Commodities Outlook for 2023
The Value of Cash in a Time of Crisis: How...
The US-Africa Leaders Summit: Fostering a Closer Relationship with the...
Three Key Sectors in Which to Invest in 2023
Home Brokerage Apple Posts Record Quarterly Revenues as iPhone Sales Surge
Brokerage 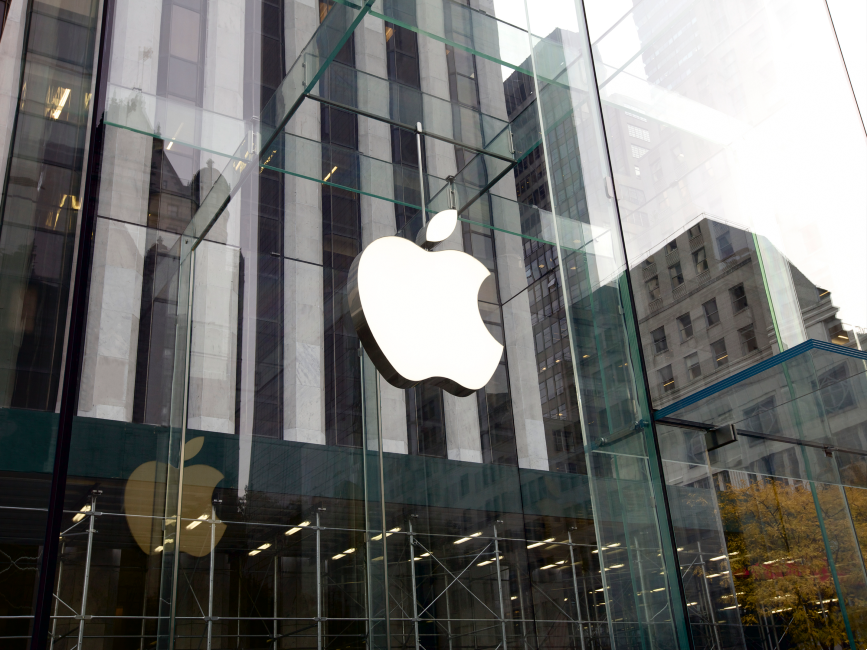 Apple reported its earnings for the first fiscal quarter of 2021 ended December 26, 2020, with a record revenue figure of $111.44 billion—the first time it has exceeded $100 billion in quarterly revenue—and $28.76 billion in profit, making it Apple’s most profitable quarter ever.

Many of these spectacular results are being attributed to the uptick in iPhone sales that transpired during the three-month period and to the surge in demand for laptops and tablets as the coronavirus pandemic continued to confine people to working and learning at home. Overall, sales were up 21 percent year-on-year.

“This quarter for Apple wouldn’t have been possible without the tireless and innovative work of every Apple team member worldwide,” said Apple’s chief executive officer, Tim Cook, upon release of the results. “We’re gratified by the enthusiastic customer response to the unmatched line of cutting-edge products that we delivered across a historic holiday season. We are also focused on how we can help the communities we’re a part of build back strongly and equitably, through efforts like our Racial Equity and Justice Initiative as well as our multi-year commitment to invest $350 billion throughout the United States.”

Apple cited new revenue records being set in categories such as iPhones, Wearables and Services, underpinning the stellar annual growth in total revenue, which surpassed Refinitiv estimates almost across the board:

“Our December quarter business performance was fuelled by double-digit growth in each product category, which drove all-time revenue records in each of our geographic segments and an all-time high for our installed base of active devices,” Apple’s chief financial officer, Luca Maestri, noted. “These results helped us generate [a] record operating cash flow of $38.8 billion. We also returned over $30 billion to shareholders during the quarter as we maintain[ed] our target of reaching a net cash neutral position over time.”

There are now one billion iPhones in use globally, which is up from the 900 million previously disclosed in 2019. Cook also confirmed that the company had hit a new high-water mark for its installed base of active devices, as the total number of devices passed 1.65 billion worldwide during the quarter. “iPhone grew by 17 percent year over year, driven by strong demand for the iPhone 12 family, and our active installed base of iPhones is now over 1 billion,” acknowledged Cook. “The customer response to the new iPhone 12 models’ unprecedented innovation, from world-class cameras to the great and growing potential of 5G, has been enthusiastic, even in light of the ongoing COVID-19 impact at retail locations.”

And although Apple has stopped disclosing the number of iPhones it sells each quarter, the chief did tell CNBC that more phones could have been sold were it not for the pandemic and lockdowns, which forced the closures of many Apple stores around the world. “Taking the stores out of the equation, particularly for iPhones and wearables, there’s a drag on sales,” Cook said.

Nonetheless, this was the first quarterly report Apple issued following the launch of its iPhone 12 mini, the iPhone 12, the iPhone 12 Pro and the iPhone 12 Pro Max. And it has confirmed the view of many analysts that these new phones—the first in the Apple line to offer 5G connectivity—would boost sales tremendously so that those consumers who have stuck with their older iPhone models would now upgrade to be part of the 5G world.

“We strongly believe the iPhone 12 super-cycle hype has become a reality, with this week giving the Street its first glimpse of underlying iPhone 12 demand and key commentary from [Apple CEO Tim Cook] looking ahead into the next few quarters,” Wedbush Securities’ Dan Ives wrote in a research note. Morgan Stanley analysts, meanwhile, opined in a note delivered a week before the report’s release that the iPhone 12 “has been Apple’s most successful product launch in the last five years”.

“We were looking at this past quarter [as] a generational change in terms of the upgrade cycle with the iPhone 12 and the addition of 5G, and, frankly, a lot of people…held off on upgrading their phones over the past couple of years looking for a significant upgrade,” observed Betaworks Ventures partner Peter Rojas. “Look, the iPhone business is still very, very strong for them, and I think that it is going to continue to drive growth going forward.”