Top Posts
Why the Status of the Fifth-Largest Economy Is a Job...
Syrian Economic Outlook Dims as Internal Conflict, Resource Theft and...
Unwinding the Unconventional Monetary Policy in Japan
Three Significant Payment Trends in 2022
Recessions Hurt: Does the Data Show That the World’s Major...
Every Organisation Should Be Aware of Invoice Scams
Home Brokerage Big Fat Greek Crisis: Brace for Return to Drachma
Brokerage 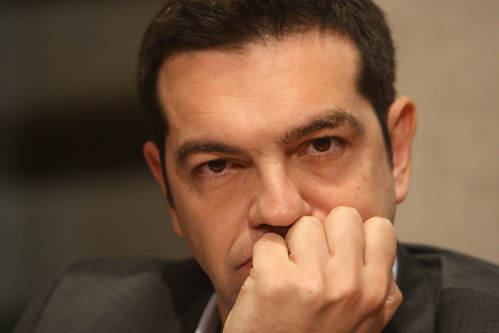 The Greeks have voted, their message is clear, and the risk of Greece leaving the euro-bloc has significantly risen.

The rejection of new-but-manageable austerity measures demanded by the European Union has thrown a spanner into the bailout talks, potentially forcing the EU to make very difficult compromises to keep crisis-stricken Greece in the euro. Be that as it may, the ‘no’ vote also is seen as the beginning of Greece’s exit out of the euro.

Up until the referendum on whether to accede to its creditors’ bailout terms, markets were quite optimistic that Greece would reach a deal with Europe and continue to be part of the eurozone. But the comprehensive victory for the ‘no’ camp in Sunday’s referendum has now made its exit more likely than ever.

In light of the latest turn of events, Prime Minister Alexis Tsipras is likely to demand financial support, including debt relief, and reductions to pension cuts and other austerity measures. He also has accepted the resignation of Greece’s out-of-favor Finance Minister Yanis Varoufakis, who had led the negotiations.

The European Union leaders and finance ministers will both hold crucial meetings in Brussels on Tuesday to work out an agreement on a new bailout package with the aim of keeping Greece in the euro. But further compromises on the austerity measures that were voted down in Greek’s referendum are expected to meet with opposition from other eurozone members.

The whole situation brings to fore the possibility of Greece needing to print its own currency to meet its domestic payments and recapitalize its banks that are running out of liquidity. The ECB decided not to increase the emergency liquidity assistance it has been providing. Greek banks remain closed after being shuttered for over a week now and reports indicate that Athens has extended its the bank holiday rather than reopen banks Tuesday, as was the plan earlier. With the ECB showing no inclination to offer more aid, the Greek financial system is seen on the brink of collapse after the introduction of capital controls.

As to what it means for the investors and how should you brace for a possible return to Drachma, here’s a 7-point Greek Crisis investment guide:

To conclude, despite the resignation of Greek Finance Minister Varoufakis – in an apparent move to facilitate a new deal with creditors – Grexit now seems more likely than ever. The rejection of austerity by more than 60 percent of voters will make it even more difficult for negotiators to put together a bailout package now, not to mention, sans reforms. As a result of Sunday’s ‘no’ vote, an easier route towards a resolution has been ruled out and therefore the risk of a ‘Grexit’ has increased. If Tsipras fails to strike a deal with Europe, it will force Greece to issue its own currency, with a tumultuous interlude with IOUs first. So in view of this big fat Greek crisis, it may be prudent to brace for return to drachma. However your choice of investment instrument and strategy should primarily depend on the fears you would like to address, understanding of instruments and degree of complexity you can handle.

The breakup of the eurozone is only a matter of time. This follows also from the biblical analysis. What’s will be next? Let me remind here a fragment of an ancient vision: “And [the king of the north] will go back (to) his land with great wealth [1945. This detail indicated that Hitler will attack also the Soviet Union and will fight to the bitter end. In the beginning there were no signs of such the ending of this war]; and his heart (will be) against the holy covenant [hostility towards Christians]; and will act [it means activity in the international arena]; and turned back to his own land [1991-1993. The collapse of the Soviet Union and the Warsaw Pact. Russian troops returned to their country]. At the appointed time [he] will return back.” (Daniel 11:28, 29a) The return of Russia in this context means crisis, which will eclipse the Great Depression. Not only the eurozone will break up, but also the European Union and NATO. Then many countries of the former Eastern block will return to Russia’s zone of influence. Russian troops will be stationed here again. This will be the last warning before the global nuclear war. (Daniel 11:29b, 30a; Matthew 24:7; Revelation 6:4)

All the details of this vision are being fulfilled from the time of ancient Persia, in chronological order. It is true that this vision is variously interpreted. As one can see, it has a lot of details. Therefore the insightful person is able to detect any error or sophistry. (Daniel 12:10)

Ewiak, thanks for adding Biblical analytical support to the above case. Just that… breakups are okay but wars are not, and esp. not nuclear war. So hope that doesn’t come true – possibly with a little help from God that part could be changed.