Top Posts
Crypto-assets and the Relevance of International Private Law
Whither International Banking Regulation?
Interview with Mr. Selman Bicaco Urrutia, Head of Private Banking...
Interview with Ms. Jelena Galić, Chairperson of the Board of...
The International Banker 2022 Western & Eastern European Awards Winners
Why the Status of the Fifth-Largest Economy Is a Job...
Home Brokerage Fintech Funding Trends During the Pandemic
Brokerage

Fintech Funding Trends During the Pandemic 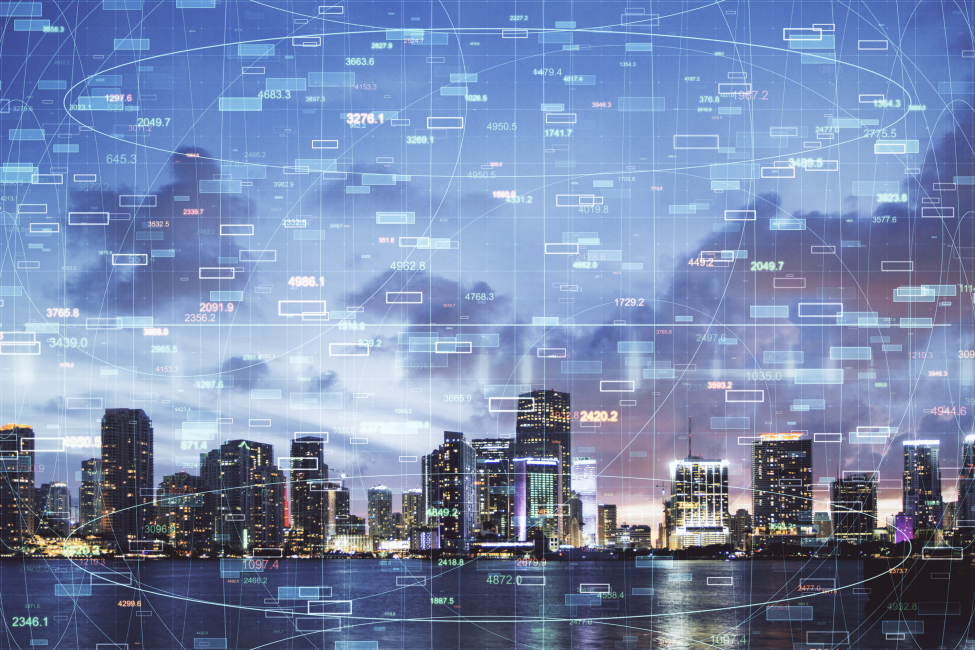 According to its most recent “Pulse of Fintech” report, KPMG Global found that global investment in financial technology in 2020 through venture capital (VC), private equity (PE) and mergers and acquisitions (M&A) routes was $105 billion from 2,861 deals, significantly lower than the $168 billion recorded the previous year. From the outset, therefore, this suggests that the general uncertainty that has pervaded investor sentiment since the outbreak of the coronavirus pandemic led to a retreat in funding for the fintech (financial technology) sector. And yet, there have been plenty of signs of resilience, particularly during the latter months of the year, which bodes well for a full recovery in investment levels by the end of 2021.

KPMG attributes 2020’s overall contraction in fintech funding in part to the lack of many big-ticket M&A deals during the year, unlike 2019. Nonetheless, M&A activity surged from $10.9 billion during the year’s first half to more than $50 billion in the July-December period, thanks mainly to the $22-billion acquisition of TD Ameritrade by Charles Schwab. KPMG also noted that the United States accounted for nine of the top ten M&A deals, including TD Ameritrade, Credit Karma ($7.1 billion), Vertafore ($5.3 billion), Iberia Bank ($2.5 billion) and Avaloq ($2.2 billion).

Indeed, the second half of 2020 saw fintech investment across VC, PE and M&A dramatically pick up, with more than double the amount committed compared to the first six months of the year: $71.9 billion versus $33.4 billion. This is understandable, especially given the initial panic and uncertainty that emerged following the global lockdowns initiated during the first quarter as the pandemic swept across the world. Indeed, another report by analytics firm CB Insights found that fintech funding levels in the first three months of 2020 fell to levels last seen in 2016, with 404 deals worth $6.1 billion recorded over the three-month period, a decline of 15 percent over the same quarter of a year earlier.

But the recovery during the second half of the year restored much confidence in the space. “A number of sectors floundered given the challenges of doing business in a pandemic environment,” said Anton Ruddenklau, KPMG’s global fintech co-leader. “Fintech, for the most part, was not one of them. COVID-19 has been a catalyst for many fintech business models—a real proving ground given the accelerated demand for digital offerings coming from consumers and businesses alike. Payments and e-commerce platforms were particularly hot areas of investment, in addition to cybersecurity, given the increasing use of digital platforms.”

Over the course of the year, global VC investment in fintech was recorded at $42.3 billion—the second-highest level ever after 2018’s record year, when Ant Financial raised $14 billion in the world’s largest private financing round ever. The second half of 2020’s biggest VC deals involved the popular trading app Robinhood, which raised $600 million in July and a further $668 million in October. Digital banks also attracted much VC funding, with Sweden’s Klarna Bank raising $650 million, the United Kingdom’s Revolut accruing $580 million and US-based Chime raising $533.8 million. Insurtech (insurance technology) was another active sector for VC investment, with $100 million+ rounds raked in during the second half of 2020 by Bright Health ($500 million), Hippo Insurance ($500 million across two rounds), Next Insurance ($250 million) and Oscar ($140 million) in the United States and by Shuidi ($480 million across two rounds) in China. And cybersecurity-related investments also surged fourfold over 2019 levels to reach $2 billion.

The US represented more than 70 percent of fintech funding globally at $76 billion in total, while the Asia-Pacific region experienced a pronounced decline to a six-year low of $11.6 billion in 2020 from $16.8 billion a year earlier. And, as expected, the more mature fintech companies seem to have withstood the impact of the pandemic better than the newer entrants in the sector, many of which have paused operations whilst seeking extra funding before stepping back into the market with more confidence and security. As Matus Maar, the co-founder of London VC firm Talis Capital, acknowledged in October, any new investments his firm considered last year “were companies that could demonstrate how they had quickly adapted—and could take advantage of—the new market conditions”.

Indeed, such trends are empirically supported by the “State of Fintech in Europe 2021” report published in January by tech.eu and Finstar Financial Group; the significant growth in fintech funding within the region in the three years to the first half of 2020 “was driven largely by fintech companies raising growth funding (+€15 million rounds) and late-stage financing deal of €100 million or more”, while the number of early-stage funding rounds (less than €15 million) effectively decreased during the three full years. In Europe, the fintech sector has attracted the largest share of equity investments, having received more than €30 billion of VC investment since 2014.

The KPMG report also identified a key number of trends pertaining to fintech that it witnessed during the year. For one, there was an acceleration in digital adoption through stronger demand for e-payments solutions and contactless banking services. “The global pandemic has only enhanced interest in the payments space given the rapid acceleration of digital trends and demand for alternative payments models, driving activity in the challenger banking space and in the B2B sector,” the report noted. Customer preferences also dramatically shifted with the adoption of e-commerce platforms, digital customer-service channels and e-wallets becoming more commonplace. And corporates engaged in more partnerships with the fintech sector as part of their efforts to expedite their digital-transformation strategies.

And while some parts of the world have witnessed a decisive cooling in funding for fintech ventures as a direct consequence of the pandemic, others have experienced the exact opposite. Pakistan, for example, raised a hefty $19.3 million in funding for start-ups in the country during 2021’s first quarter, over three-quarters of which has come from outside the country. “Covid has helped us because previously an investors’ due diligence process would usually involve them coming to the country. It was not that easy for them to visit Pakistan,” Ali Farid Khwaja, chairman at Karachi-based stock brokerage KASB Securities, recently told Bloomberg. “Now they can’t go to any country, they became open to speaking with founders over Zoom and other digital means.”

Looking forward, many are now expecting a global rebound in fintech funding. But uncertainty does persist. As countries in South Asia have recently demonstrated, coronavirus cases can still flare up, thus severely denting investor confidence. Brexit may also continue to have a somewhat bearish impact on funding for the sector, particularly given London’s historic leadership position for fintech, which it commanded within Europe. Indeed, the United Kingdom’s capital city was home to 57 percent of capital invested in the first half of 2020, according to a September 2020 report from Dealroom.co, Boston Consulting Group (BCG), Expand Research and FinTech Control Tower. But can London still hold on to this market dominance amidst the wave of uncertainty brought about by the country’s exit from the European Union (EU), or will the hub of European investment gradually shift towards another city? It would seem too early to tell at this stage.

“The payments space will likely continue to be a big focus for investors around the world,” according to Chris Hadorn, KPMG’s global leader of payments. “Open banking, in particular, will drive increasingly integrated payments solutions. It’s currently mandated or regulated in a number of jurisdictions, primarily in EMEA, but we’re going to start to see it make its way across the pond and into North America, which will further support and facilitate banking-as-a-service platforms.” Indeed, the consulting firm noted four key areas to monitor for this year and perhaps beyond: a healthy market for IPO (initial public offering) exits of payments firms and rebounding M&A; the growth of banking-as-a-service (BaaS) platforms and embedded payments solutions; increased focus on “buy now, pay later” services; and more open-banking-related opportunities.

It should also be remembered that an entire era of new fintech innovation was born during the 2007-09 global financial crisis. Given the unique nature of the ongoing COVID crisis and the likelihood of the comprehensive, permanent changes that it will generate as the world adjusts to a “new normal”, a new generation of fintechs may well similarly emerge over the next few years to help support and more easily accommodate such changes. As such, there is every chance that funding for the fintech sector will remain buoyant for some time to come.

The Limitations of GDP as a Gauge of Nations’ Wellbeing

Why A Proactive Approach To Wellbeing Will Pay Dividends