Top Posts
Challenges Remain, But There Are Opportunities to Be Had in...
Interview with Mr. Olukayode Pitan, Chief Executive Officer and Managing...
Commodities Outlook for 2023
The Value of Cash in a Time of Crisis: How...
The US-Africa Leaders Summit: Fostering a Closer Relationship with the...
Three Key Sectors in Which to Invest in 2023
Home Brokerage The Best Clean-Energy ETFs to Buy Right Now
Brokerage 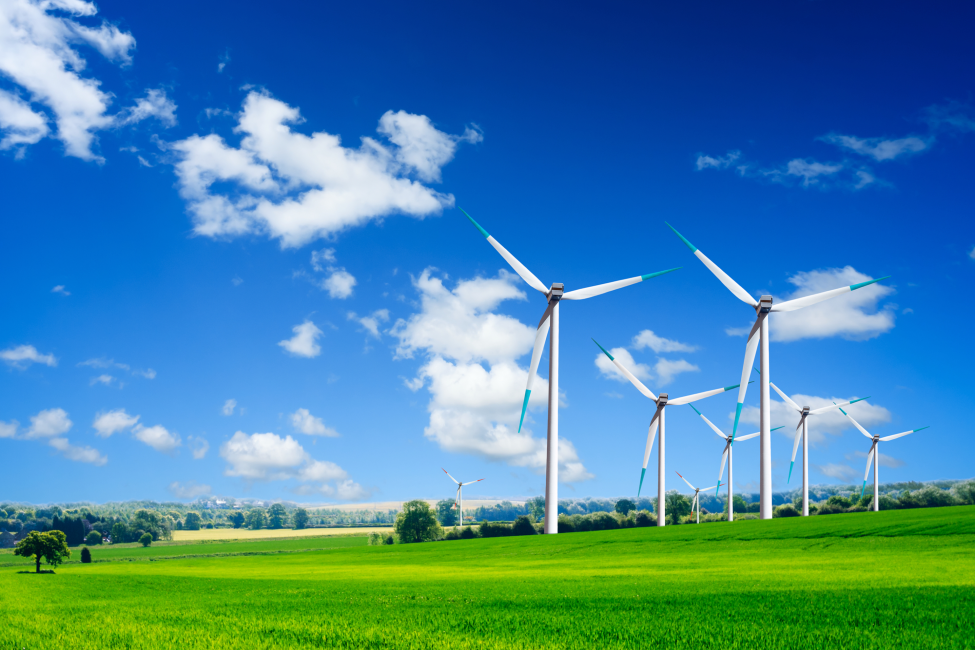 Although the last year or so has not been particularly kind to clean-energy exchange-traded funds (ETFs) on the whole, May saw something of a rejuvenation for the space, with several funds posting sizeable gains. As such, Wall Street analysts are increasingly suggesting that now is an ideal time for investors to boost their exposure to the clean-energy space.

May’s welcome bounce for clean-energy ETFs has largely been down to certain key developments within the sector. For one, the REPowerEU package launched by the European Commission (EC) during the month seeks to ramp up the significance of renewable-energy sourcing for the energy needs of the European Union (EU) to 50 percent by 2030, around twice the current level. Partly in a bid to diversify exposure away from Russian-sourced fossil fuels, the creators of REPowerEU expect the initiative to lower the bloc’s gas consumption by 30 percent during this time.

Specific initiatives within the package include making solar panels mandatory for all public and commercial buildings within the bloc from 2026 and all residential buildings from 2030. According to the EC, it will “introduce an obligation to have rooftop solar installations for all new buildings and all existing buildings of energy performance class D and above [the most energy-intensive].” It also seeks to boost wind-farm and solar-array construction by mandating that EU member nations designate “go-to” zones most needing upgrades to their environmental standards.

And in April, US President Joe Biden announced a target of reducing greenhouse-gas pollution by 50-52 percent from 2005 levels by 2030. According to the White House statement, the United States will “invest in innovation to improve and broaden the set of solutions as a critical complement to deploying the affordable, reliable, and resilient clean technologies and infrastructure available today.”

With clean-energy stocks having suffered throughout most of the last 12 months, could such announcements, alongside current sky-high fossil-fuel prices, inspire an acceleration in the world’s shift towards alternative energy sources? A growing number of analysts seem to think so, suggesting that sentiment for the space is gradually turning bullish.

With that in mind, four of the best clean-energy ETFs an investor can buy right now are discussed below:

The QCLN fund seeks to replicate the performance of the Nasdaq Clean Edge Green Energy Index, which itself contains clean-energy companies involved in manufacturing, developing, distributing and/or installing clean-energy technologies, including solar photovoltaics, wind power, advanced batteries, fuel cells and electric vehicles. The index is a modified market-cap-weighted one in which larger companies receive a larger index weighting, although caps to their weightings are applied to prevent excessively high concentrations among larger clean-energy stocks.

Active for 15 years, QCLN today manages more than $2 billion in assets. It is a more conservative plan than other clean-energy funds, however, and focuses mainly on US companies involved in renewable-energy equipment (23.84 percent), automobiles (17.41 percent), semiconductors (15.64 percent) and alternative electricity (12.54 percent) within the clean-energy space. Top holdings include Tesla, Enphase Energy, ON Semiconductor Corporation (Onsemi) and Albemarle, and there are around 65 companies included in the fund in total.

The fund has lost almost 11 percent in the 12 months through May 2022, although its performance has been decisively stronger over longer time horizons—44.18 percent, 26.91 percent and 21.39 percent over three years, five years and ten years, respectively. And although the fund’s closing price on June 8 was just shy of $58 per unit, investment-services firm BNK Invest sees the implied analyst 12-month forward target price for the ETF based upon its underlying holdings at almost $80.

TAN tracks the performance of the MAC Global Solar Energy Stock Index and is required to invest at least 90 percent of its total assets in the index’s constituents, which are typically companies that are active in the solar-energy industry. MAC is a diversified solar index that includes companies involved in all major solar technologies (including crystalline and thin-film photovoltaic solar and solar thermal) across the entire value chain (including raw materials, manufacturing, installers, solar-plant operations and financing) as well as related solar equipment (including power inverters and encapsulates).

The fund was down by 7.5 percent in 2022 to the end of May and 10 percent lower over a one-year period through May. That said, May itself saw TAN gain a solid 9.4 percent, thus marking the fund among clean-energy ETFs to execute the sharpest reversal in performance this year. And further growth could well loom for the fund after President Joe Biden announced in early June a two-year exemption on tariffs for solar-panel products imported from Southeast Asia. Biden also confirmed he would invoke the Defense Production Act to promote domestic production of solar panels and other clean-energy technologies.

The bulk of companies included in the fund are American (around 43 percent), followed by China (27 percent), while both the fund and the underlying MAC Index are rebalanced quarterly.

Another solar-focused fund, and the newest one on the list with an inception date of September 2021, is the Global X Solar ETF (RAYS), which invests in those companies seeking to benefit from the advancements made by the global solar-technology industry. This includes companies involved in solar-power production; integration of solar into energy systems; and the development and manufacture of solar-powered generators, engines, batteries and other technologies related to utilizing solar as an energy source.

To do this, RAYS seeks to track the performance of the Solactive Solar Index GTR, which contains 50 components engaged in solar energy. It also employs additional screeners to ensure it only includes high-quality companies, such as using a natural-language-processing algorithm to scan companies’ public disclosures to weed out those with less than 50 percent of their revenue from solar-related activities. An environmental, social and governance (ESG) screener is also used to detect companies with environmental, social and/or governance issues.

Despite being down by around 14 percent during the first five months of the year, May saw the fund rebound spectacularly, posting a 14.5-percent gain for the month. The fund is mainly skewed towards companies in the information technology (IT) and industrial sectors, which respectively account for 61 percent and 18 percent of total holdings, whilst the bulk of companies are located in China (56 percent) and the US (27 percent).

The fund holds 70 companies, with Iberdrola, NextEra Energy, Tesla and Enel the largest constituents. US stocks make up just over one-third of the fund’s holdings, followed by China (17 percent) and Spain (10 percent), while utilities (41 percent), consumer discretionary (24 percent) and industrials (16 percent) dominate the fund as far as sector weightings are concerned.

SMOG’s performance has not been particularly strong of late, with year-to-date and one-year losses of 19 percent and 13 percent, respectively. Looking further back, however, the three-year (30 percent), five-year (18 percent) and ten-year (17 percent) have all been much better. And as is the case with other clean-energy ETFs, May was an important month for SMOG in which positive gains were once more registered, albeit at a more modest 2 percent when compared with other funds.