Top Posts
Challenges Remain, But There Are Opportunities to Be Had in...
Interview with Mr. Olukayode Pitan, Chief Executive Officer and Managing...
Commodities Outlook for 2023
The Value of Cash in a Time of Crisis: How...
The US-Africa Leaders Summit: Fostering a Closer Relationship with the...
Three Key Sectors in Which to Invest in 2023
Home Finance Accountants Are So Robotic!
Finance

Accountants Are So Robotic! 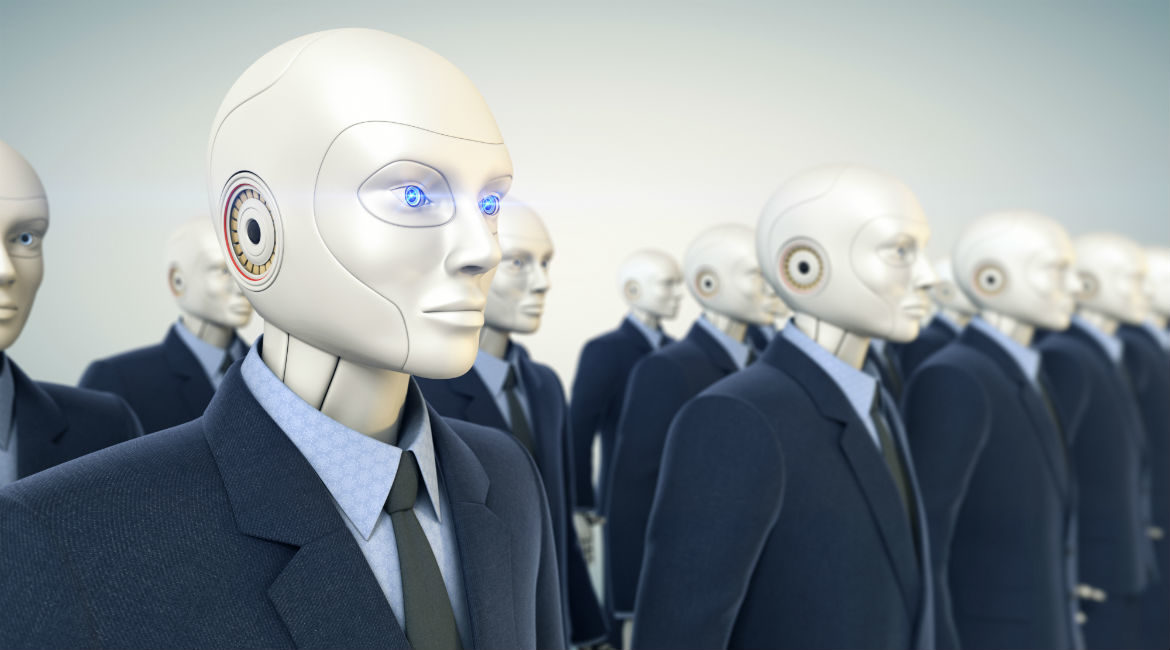 Boring, repetitive, robotic! Over the years these have been common stereotypes of accountants. They are tags that many accountants feel are unfair, given the myriad of judgement calls, analytics and valuable advice that accountants and finance staff provide to support businesses in meeting targets and strategies. However, the very stereotypes that have followed accountants over the years are the ones that make this profession ripe for robotic-process automation. The rise of the robots!

Pop culture has tended to see robots as the beginning of the end for humanity, from Skynet in The Terminator films, Isaac Asimov’s I, Robot or the Borg from Star Trek. These are all fantasy scenarios, and hopefully overblown, although many such as Elon Musk and Stephen Hawking see the development of true artificial intelligence (AI) as a real risk. But the real story of annihilation is closer to home. Robotic automation may really be the end for the traditional accountant role, particularly in large-scale finance functions in which the repetitive and mundane have become industries in themselves.

Robotic-process automation is the application of technology that allows employees in a company to configure computer software or a “robot” to capture and interpret existing applications for processing transactions, manipulating data, triggering responses and communicating with other digital systems. Robotic automation has revolutionised manufacturing, delivering efficiency and providing high-quality products for consumers. Robotic automation is now moving into service industries and white-collar work, particularly in the back office of the financial-services industry.

Low-value, high-volume work performed by finance back-office staff has in the past decade been largely offshored to low-cost centres of excellence and has been highly effective in reducing the cost base of back-office functions. But the next stage is here, with robotic automation: the robots have arrived!

Reconciling balance-sheet accounts, posting journals each month, closing the general ledger, performing routine audit tests are all activities that bear the hallmarks of the repetitive, boring accountant stereotype. Yet to date they have needed sufficiently human qualities to be performed due to elements of judgment and timing that were required because of the complexity and ambiguity of various legacy systems and organisational structures. The relatively low volume of transactions has also played against the automation of these activities compared to customer-service type transactional activities that can benefit from the integration of large and expensive IT (information technology) systems.

Bespoke standalone processes pulling data from various legacy systems, using manual workarounds in spreadsheets, just did not have the business case for the traditional big IT-project implementations of the past. That has changed. Robotic automation is rapidly being seen by large organisations as having the potential for big efficiency and cost reductions. In an era of low costs being critical to competitiveness, companies are looking to reduce overheads even further in the post-offshore world.

Robots can basically follow instruction guides as humans can—they can read emails, follow processes, complete tasks. If a decision is logical, a robot can follow that logic. It can be set up in the same way as a human operator so that it has human access to all the necessary systems, which is particularly important in a company with a multitude of legacy systems. If a human can access a system from a personal computer, a robot can, too. Robots will be able to post recurring journals, perform reconciliations between systems, execute end-user computing controls and carry out 100-percent audit testing. They work 24/7, are not prone to human error and do not need an expensive human-resources function to support them. Robots also don’t go on strike, aren’t susceptible to stress issues and do not need to be motivated or built into a team. For around $1,500-2,000 per annum, a robot can be set up to run any logical back-office process—compare that with $60,000-80,0000 for offshore staff, let alone standard onshore staff costs.

If robotics can be made to work effectively, it will drastically reduce the back-office costs for large organisations and dramatically change the skillsets required by traditional accountants. Insight, creativity, advice will all become the de rigueur qualities of the accountant of the future—linked with the ability to manage a team of robots to do the mundane day-to-day tasks. The future of accountants is bright in terms of reputation, but there will be fewer of them.

As pioneers of robotic-process automation, Blue Prism is a company with a virtualized workforce of software robots, run by the business but built with IT governance and security, enabling employees to focus on higher-value work while autonomous multi-skilled software robots tirelessly perform error-free rules based on administration transactions.

Wayne Butterfield, Head of Digital Service Innovation and Transformation at Telefonica, has been quoted as saying, “When looking to further enhance the customer experience delivered, while reducing costs, I deployed a robotic workforce using Blue Prism, automating one-third of my back office operation”.

Blue Prism is working with major blue-chip companies, including Barclays, Co-operative Bank and Xchanging, among others. Companies such as Blue Prism are leading the charge in robotic automation; the next decade will see large organisational focus on the automation of anything that has any type of logic or routine.

Change is coming, and the accountancy profession should take note.

Thanks for Giving the Great information about the Blue Prism Now a Day’s Most of the people fallowing your Content.