Top Posts
Challenges Remain, But There Are Opportunities to Be Had in...
Interview with Mr. Olukayode Pitan, Chief Executive Officer and Managing...
Commodities Outlook for 2023
The Value of Cash in a Time of Crisis: How...
The US-Africa Leaders Summit: Fostering a Closer Relationship with the...
Three Key Sectors in Which to Invest in 2023
Home Finance Eurozone Inflation Surges to Highest Level Since 2018
Finance 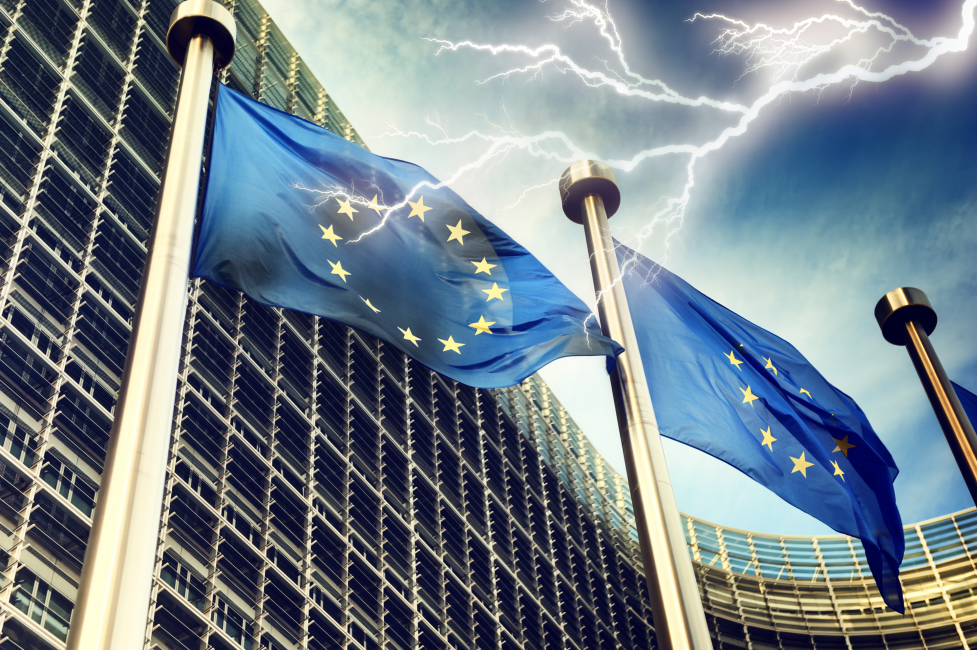 Inflation in the 19 countries that adopt the single euro currency accelerated to 2 percent in May from 1.6 percent in April, largely as a result of higher energy costs. May’s figure is the highest since late 2018 and is also now above the ECB’s (European Central Bank’s) stated inflation target of being “below but close to 2%” for the first time in more than two years. 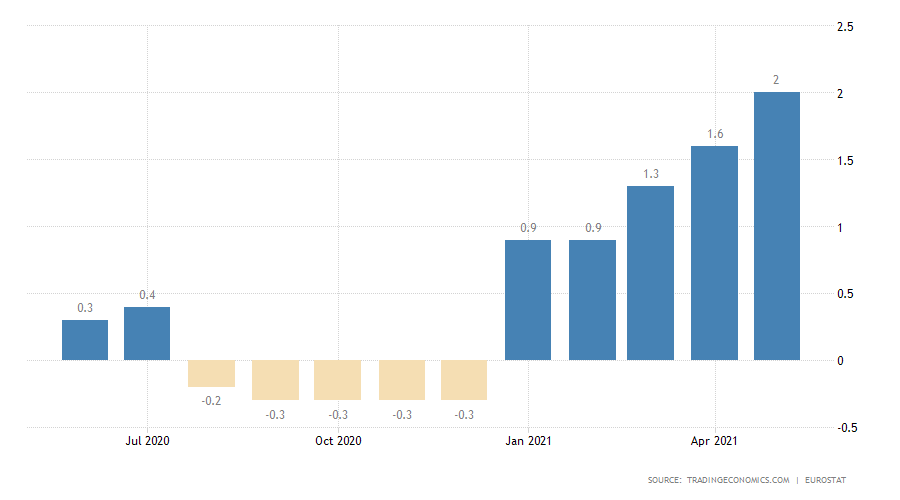 As such, the eurozone follows a trend, observed across much of the world in recent months, of the return of accelerating inflation. The United States posted an annual inflation rate of 4.2 percent for April, while the United Kingdom’s latest figure was 1.5 percent, sharply up from the 0.7 percent posted the previous month.

And according to IHS Markit’s vice president, Ken Wattret, this rise in recent months has been the fastest in the history of Eurostat’s recordings of eurozone inflation, which surged from -0.3 percent in December 2020 to 0.9 percent in both January and February before rising further to reach 1.6 percent in April. Wattret has pointed to several key factors driving this strong upward trend, including bullish crude-oil prices, the end of value-added tax reductions in Germany and sales periods being moved or reduced due to the COVID-19 pandemic.

With the growing threat of runaway prices, therefore, many are now concerned over the possible monetary and fiscal tightening that may soon be implemented to contain the situation. “Everyone saw it coming, but still it is starting to make a lot of people sweat,” ING senior economist Bert Colijn noted. “Inflation is returning rapidly at the moment at a time when news about economies is increasingly upbeat and labour markets are profiting from the reopening.”

The ECB’s governing council meets in Frankfurt on June 10 to decide whether to make any changes to interest rates or its asset-purchase programme of €80 billion per month to stem the rise in prices. A new round of staff projections for inflation and GDP (gross domestic product) will be important in determining the course of action the central bank ultimately takes.

The official line from the ECB, as articulated by president Christine Lagarde, is that current price growth is only temporary. Asked recently whether the central bank will slow its bond-buying, Lagarde said it was far too early to do so. “I have repeatedly said that policymakers provide the right bridge across the pandemic, well into the recovery, so that we can actually deliver on our mandate, and that’s what we will do.”

Governing council member and the Bank of Italy’s governor, Ignazio Visco, has also said that energy and one-off factors are currently underpinning creeping eurozone inflation, which is supported by the recent figures from Eurostat.

Euro area annual inflation up to 2.0%

“It is good that inflation is not falling but rising…but we are still far from the objective that we have of medium-term inflation close to 2%,” Visco told Reuters just before the most recent figures were published. The Bank of Italy governor added that the upcoming monetary-policy meeting will examine how much one-off factors have prompted recent inflation expectations. “I think most of it,” he concluded.

Indeed, despite the recent higher price growth, the eurozone economy remains structurally weak compared to before the pandemic. The region’s unemployment did fall to 8 percent in April from 8.1 percent in March but remains stubbornly above pre-crisis levels. And when looking at core inflation—a price measure that excludes volatile food and energy costs—prices rose only from 0.8 to 0.9 percent. An even more conservative measure, which additionally excludes alcohol and tobacco prices, rose to 0.9 percent from 0.7 percent in April. Inflation for services and durable goods also remains weak.

Nonetheless, ING expects inflation expectations could be revised upwards from the 1.5 percent and 1.2 percent it projected most recently. “Not only has actual inflation come in higher than the ECB had pencilled in so far, but the combination of supply chain disruptions, elevated commodity prices and the reopening inflation will in our view keep inflation closer to 3% than to 2% in the second half of the year,” the Dutch lender recently stated.

But whether a more hawkish approach from the ECB materialises remains unlikely at this stage. “The ECB’s approach reflects an eagerness to avoid a repeat of its prior policy missteps, notably the premature unwinding of monetary accommodation back in 2011 which contributed to the subsequent escalation of the eurozone crisis,” according to Wattret.

Such a move might also have a potentially disastrous impact on several eurozone members, particularly in southern Europe where countries such as Italy remain highly indebted. That said, steadily mounting pressure from the northern European contingent to raise rates and/or slow asset purchases on the back of a more buoyant growth outlook and potentially accelerating inflation means an eventual tightening during the coming months is not out of the question.